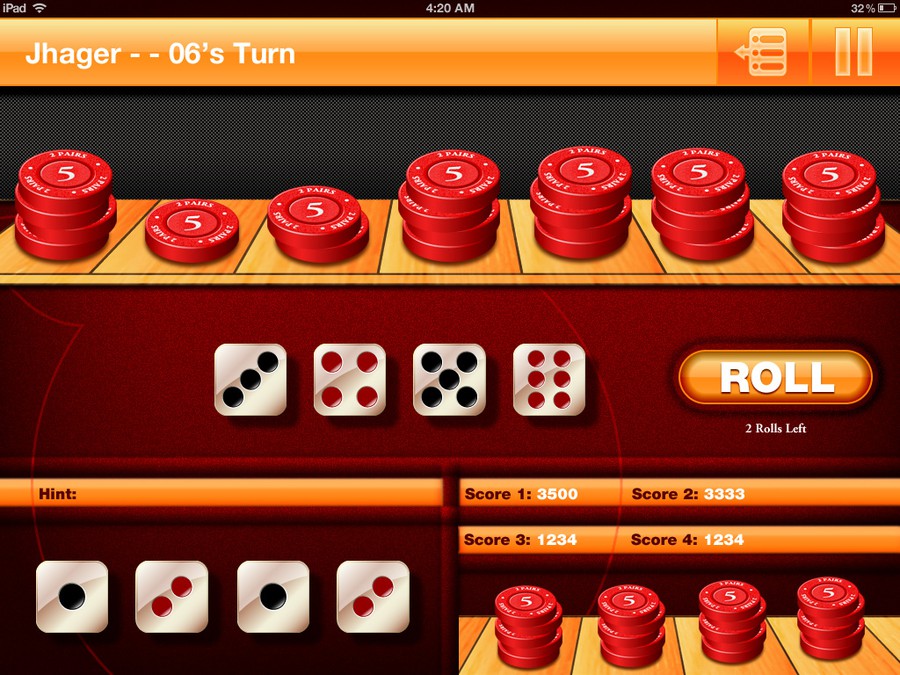 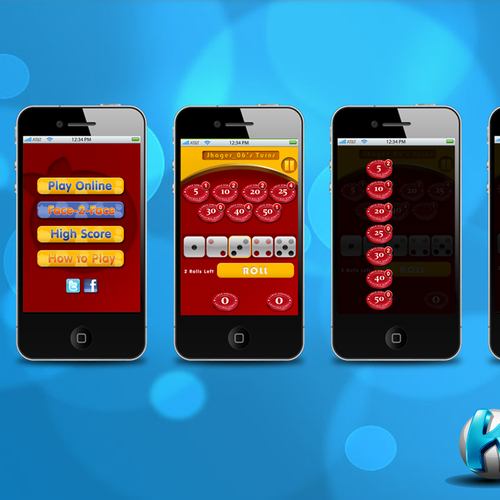 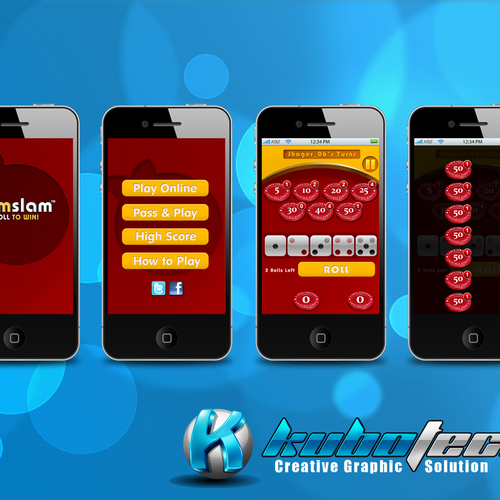 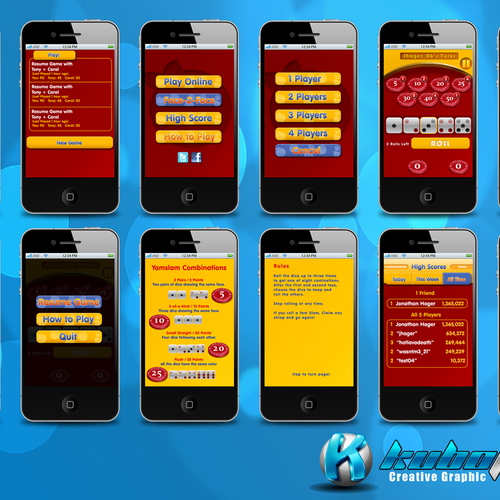 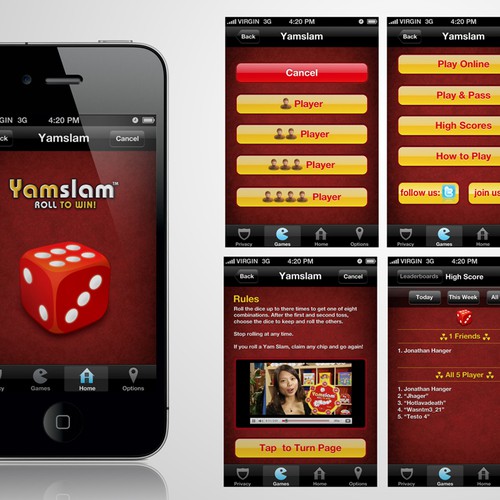 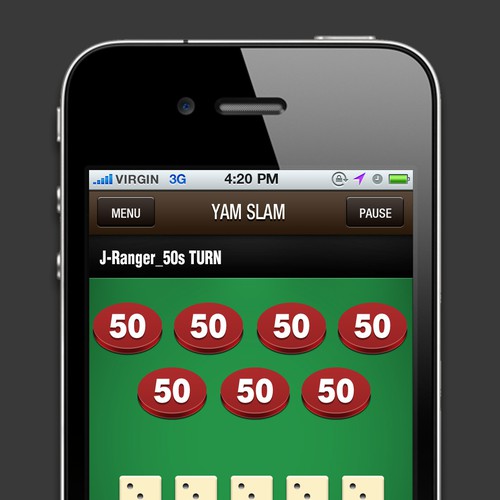 Design the screens for Blue Orange Game's family friendly Yam Slam game. The interaction design for the game is in the attached documentation. The game itself is the most critical piece of functionality. The following is a description of the game but the design must include all the screens to play the game and auxiliary functions (menus, icon, rules, posting to twitter) in a resolution independent manner for two aspect ratios.

----
Yam Slam comes with a tin; a set of chips; and 5 six-sided dice with red pips for even numbers and black pips for odd numbers.

On your turn roll the dice, keep some and re-roll the rest. Roll up to three times. Then take a chip that matches.

If all five dice are the same number, you rolled a Yam Slam! Take any chip then go again.

More information on past publications at http://www.hagerapps.com

More information including rules for Yam Slam at http://www.blueorangegames.com