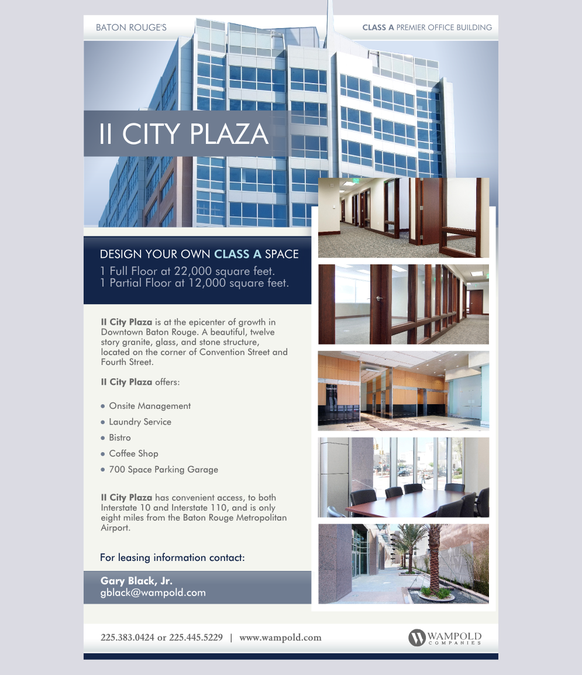 Create the next marketing flyer for Wampold Companies 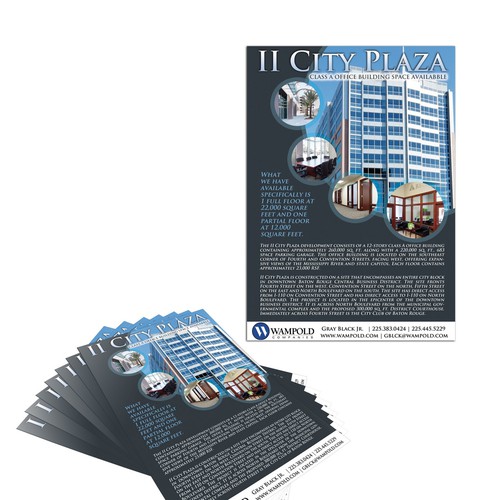 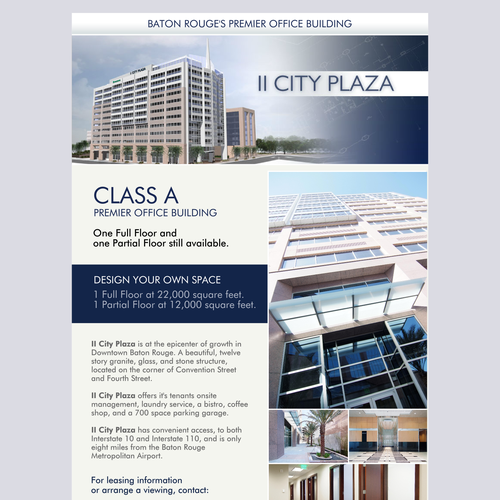 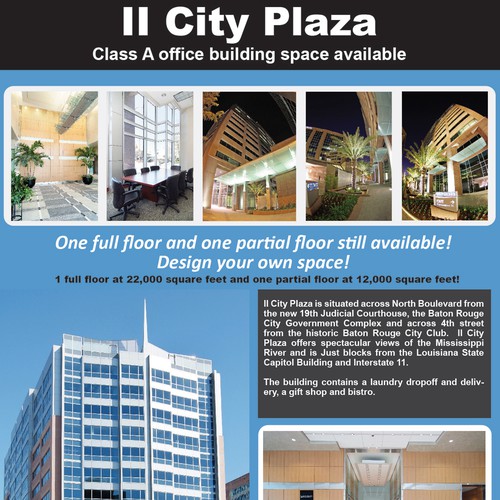 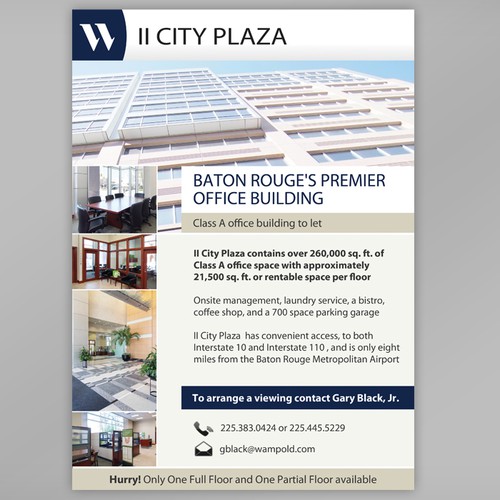 Need 1 page flyer to advertise commercial real estate space available for lease in a Class A office building in downtown Baton Rouge, Louisiana. We would use the flyer in a mass mailer. The building is II City Plaza. We want to advertise the space available for lease. This would go out to law firms, banks, accounting firms, architecture firms, engineering firms, financial firms, etc.. The website for the building is http://www.iicityplazabr.com.
Some old flyers we did in house are attached as well as shots of the buildings to used to create the flyers.
What we have available specifically is 1 full floor at 22,000 square feet and one partial floor at 12,000 square feet.

The building will also contain a laundry dropoff and delivery, a gift shop and bistro.

The building structure is cast in place concrete. The building exterior consists of granite cladding on the first 4 floors with colored precast panels on the floors above. The 1st floor lobby entrance has a ceiling height of approximately 28' and interior finishes consisting of granite floors and wood panel walls. The floor to completed ceiling height is 9' in the remaining floors. The window spacing is on 5' centers and column spacing on a 30' grid.

II City Plaza is constructed on a site that encompasses an entire city block in downtown Baton Rouge Central Business District. The site fronts Fourth Street on the west, Convention Street on the north, Fifth Street on the east and North Boulevard on the south. The site has direct access from I-110 on Convention Street and has direct access to I-110 on North Boulevard. The project is located in the epicenter of the downtown business district. It is across North Boulevard from the municipal governmental complex and the proposed 300,000 sq. ft. District Courthouse. Immediately across Fourth Street is the City Club of Baton Rouge.