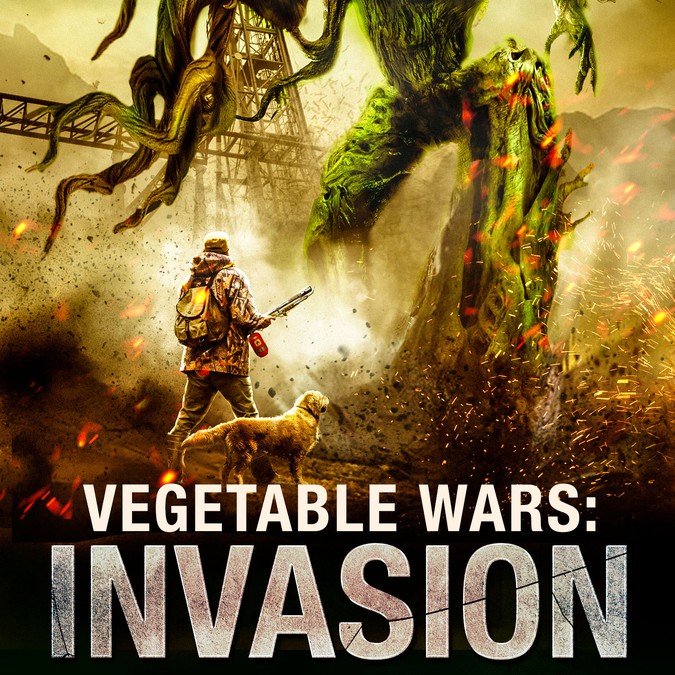 "Alien Vegetable Daikaiju vs. A Marine General and his Dog" 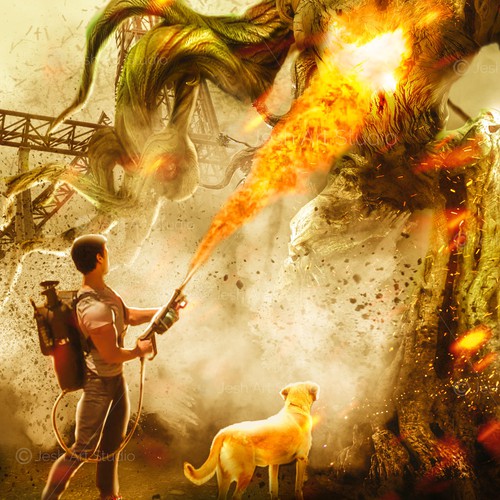 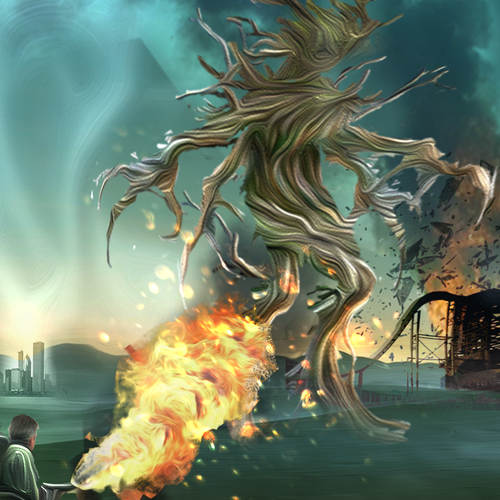 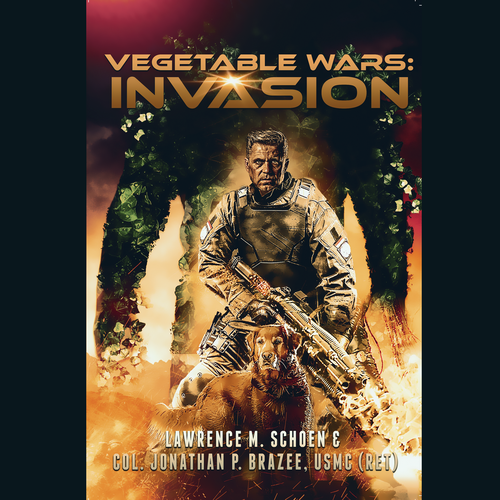 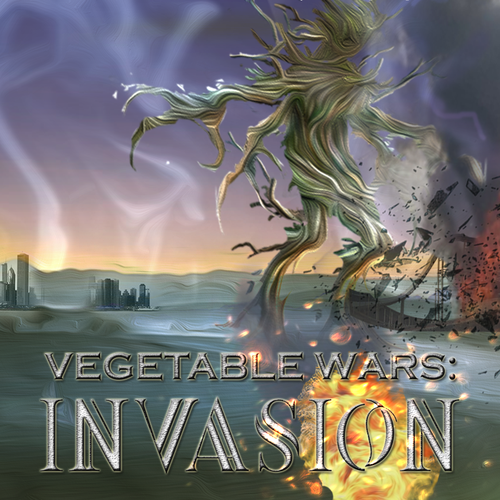 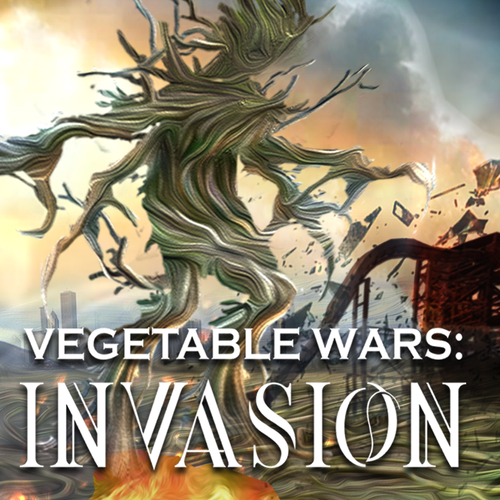 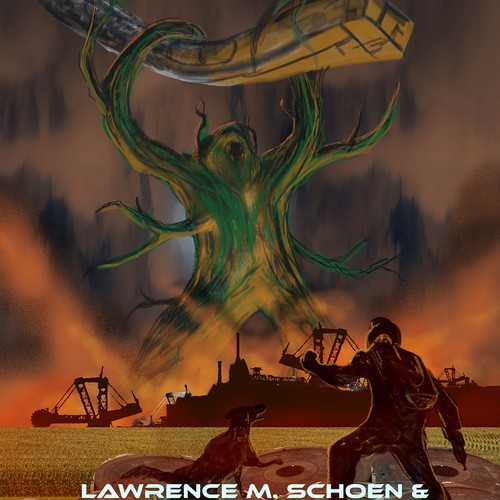 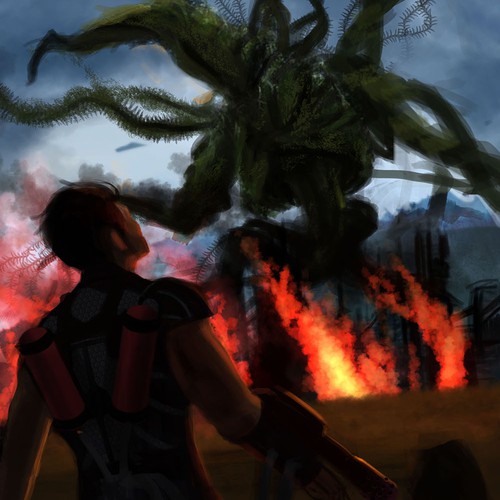 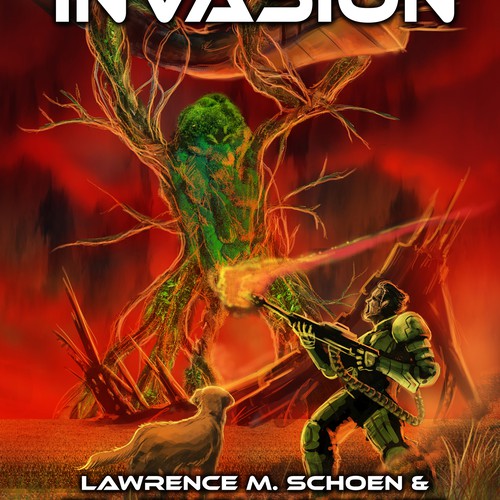 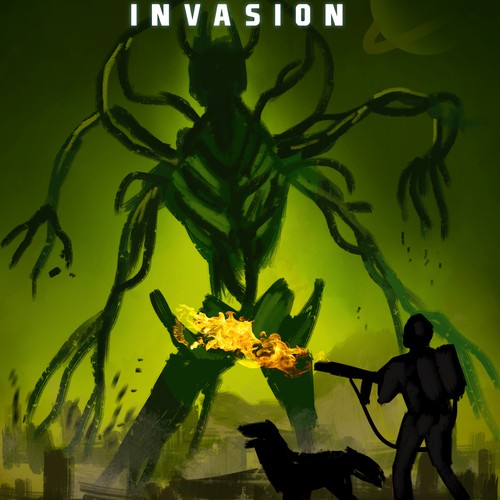 Lawrence M. Schoen holds a Ph.D. in cognitive psychology, has been nominated for the Campbell, Hugo, and Nebula, awards, won the Cóyotl award for best novel of 2015, is a world authority on the Klingon language, and is a hypnotherapist specializing in authors’ issues.

Jonathan P. Brazee is a retired Marine colonel turned full-time writer. He is the author of more than 30 books, a Nebula award nominee, and an award-winning photographer, cook, rugby player, and equestrian. He's also a lifetime member of the Disabled American Veterans, the Veterans of Foreign Wars, and the US. Naval Academy Alumni Association.

Vegetable Wars: Invasion pits a Marine general who was forced out of the military by corrupt politicians against an alien Gardener who after centuries away has returned to a world it had previously planted only to discover humanity has colonized it. The world must be purged. The General fights back.

The book is military Science Fiction. Our protagonist is a retired Marine general (still in excellent physical shape) now living on a farm planet. Alien plants invade. The climactic scene we're seeking for the cover should show:
1) a giant plant creature (humanoid with the following differences):
*legs flowing down and out into ambulatory roots (as opposed to feet)
*arms with the appearance of tendrils and branches
*extra arms, both sprouting from the traditional point but also trailing down the torso a bit
*no ears, mouth, eyes, nostrils (can have the suggestion of a nose)
*all in all, think of a human-shaped topiary or ivy daikaiju as a starting point)

The giant plant creature is tearing apart a massive metal structure used to launch payloads into space (think of a long and curving section of a roller coast, but beefed up).

2) Our hero (the retired Marine general) stands in the foreground looking determined. He should be showing carrying/using a flame-thrower. FWOOSH!

3) Standing beside him is a golden retriever.

The ruins of a few warehouses and concrete bunker-like administration building lay all around but these are minor elements at best. Everything else should be rows and rows of farm land where all the crops have been trashed.

Nothing comes to mind at this time.

Comienza ahora
Atmospheric design for Scottish historical fiction e-book cover
GBP 259
the target audience is generally male from ages of 25-40. Initially expected to be primarily UK based people that have h
32
entries
16
diseñadores
Finance BOOK COVER needed. Prefer clean, light simplicity and a drawn illustration.
499 $
Self-employed professionals, typically men ages 30-50 who make over 75k per year single or 100k joint, maybe they work f
35
entries
12
Designer
Book cover for a fiction about love, loss, and perseverance. Inspired by a true story
USD 399
Adult fiction romance love and loss mostly female
81
entries
22
designer
Design a cover for "Messages that Mean the Most"- Inspiration for Finding Potential
$ 199
Young persons in their twenties who have graduated and seeking direction and professionals in their thirties who seek in
37
entries
15
Designer
Captivating cover for the book "The Way Home"
US$ 299
People in general interested in life stories. People that struggle with addiction.
121
entries
49
diseñadores
paper back and ebook cover
£ 319
● They want to lose weight ● They want to improve their overall health ● They want to feel better ● They want to burn
30
entries
9
Designer
Más información sobre diseño de portada de libro o revista
Vea como funciona