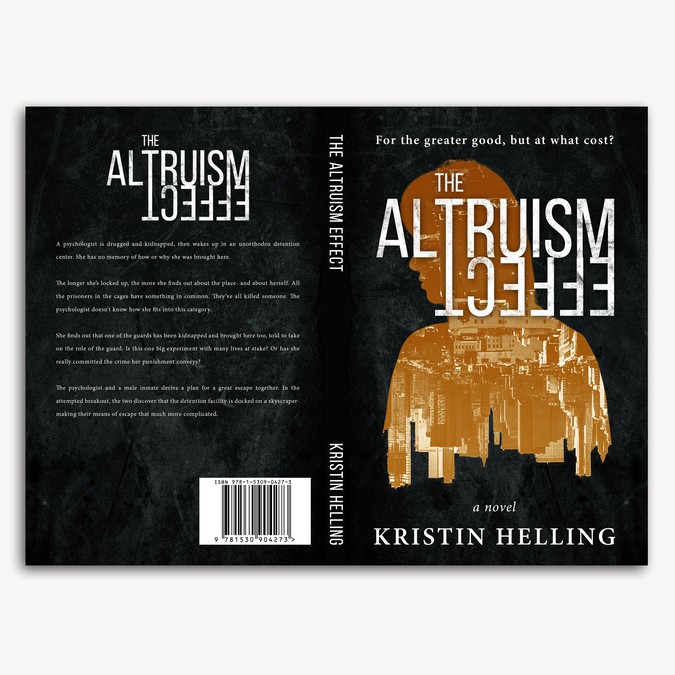 The Altruism Effect: A Thriller Novel 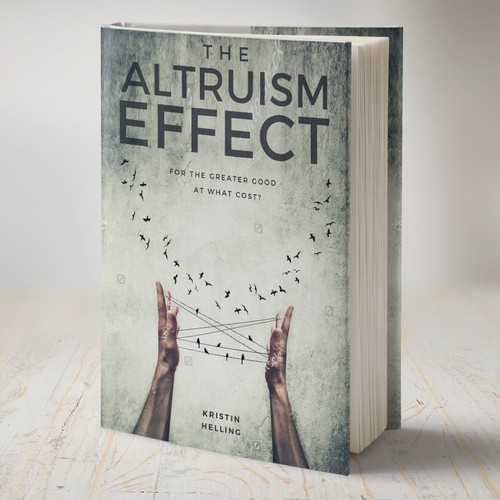 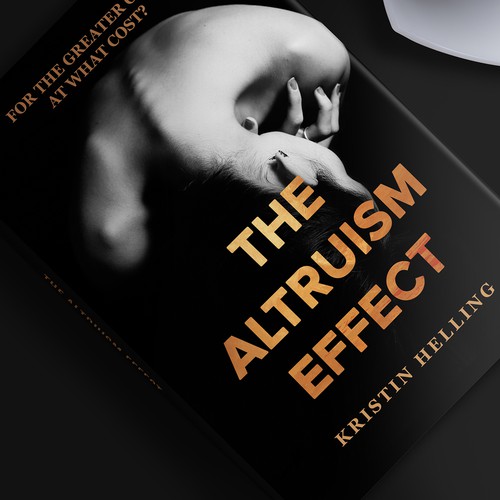 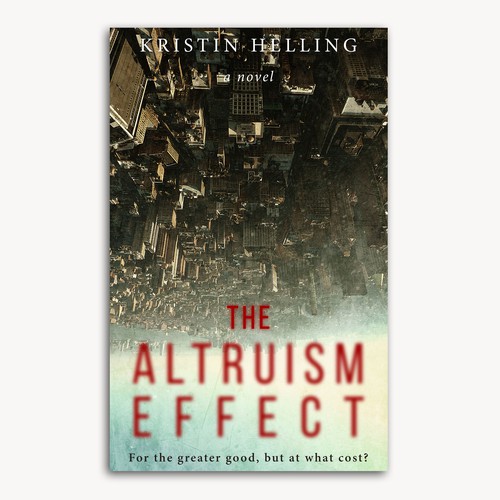 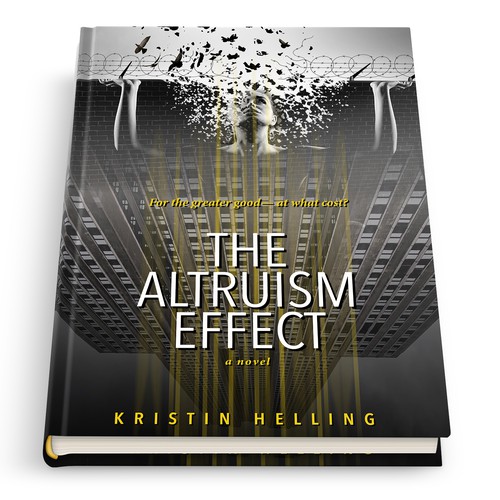 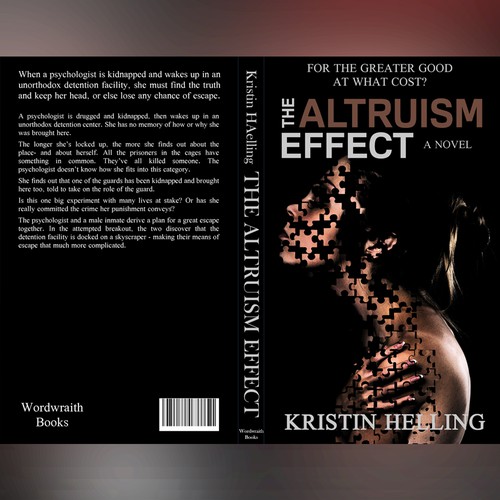 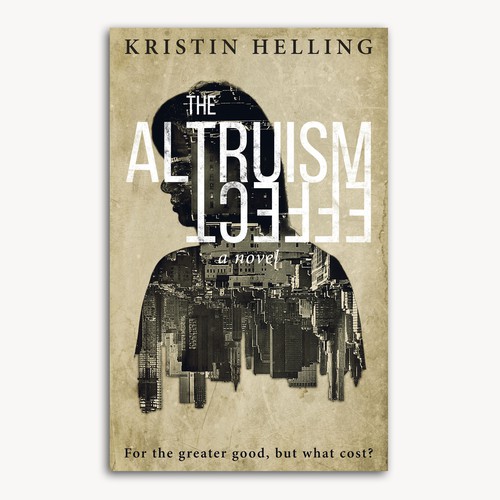 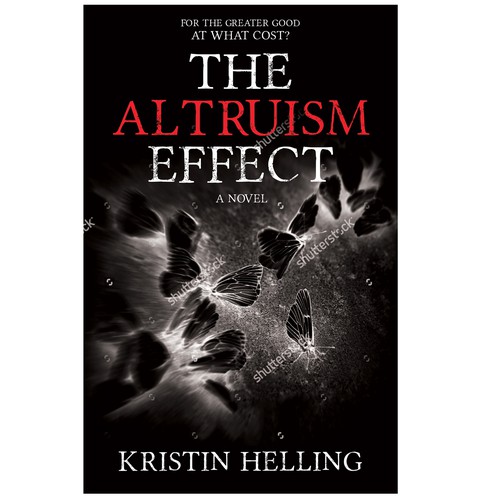 I am looking for a novel cover for both print and ebook. This book will be categorized under thriller -> crime -> kidnapping and thriller -> psychological.
As far as text goes on the cover, I would like the title, author name, and possibly tagline.
Title of the work: The Altruism Effect (possibly with "A Novel" somewhere under it so readers don't mistake my title for something nonfiction.)
My name: Kristin Helling
Tagline: For the greater good- at what cost?
--
"The Altruism Effect" has a "Shutter Island" feel (In a sense where my character escapes, but there's no escape), with many underlining elements inspired by the true Standford Prison Experiment from 1971.
Here is one sentence describing the book:
When a psychologist is kidnapped and wakes up in an unorthodox detention facility, she must find the truth and keep her head, or else lose any chance of escape.

Here is a longer pitch if more clarity is needed:
A psychologist is drugged and kidnapped, then wakes up in an unorthodox detention center. She has no memory of how or why she was brought here.

The longer she’s locked up, the more she finds out about the place- and about herself. All the prisoners in the cages have something in common. They’ve all killed someone. The psychologist doesn’t know how she fits into this category.

She finds out that one of the guards has been kidnapped and brought here too, told to take on the role of the guard.

Is this one big experiment with many lives at stake? Or has she really committed the crime her punishment conveys?

The psychologist and a male inmate derive a plan for a great escape together. In the attempted breakout, the two discover that the detention facility is docked on a skyscraper- making their means of escape that much more complicated.

I am very into conceptual designs, and not necessarily the obvious.

*Edit: I'm looking to work with a designer that is either willing to tweak text later on, or release the original files to me to edit the text (I may want to modify the back cover copy synopsis or tag line at a later date).

New book or magazine cover wanted for Royal Colours Ink
299 $US
My organization publishes books
49
entries
7
designer graphistes
Create a baby health/wellness book cover about vitamin D
499 $US
Health/Wellness Books for retail. The target audience for this book is pregnant women and new moms, as will as healt...
281
entries
35
designer graphistes
Create a exciting cover for a mystery/thriller novel.
299 $
Book Publishing. Target audience is adults from age 29-75, professionals like lawyers, teachers, doctors, and also ...
72
entries
23
Designer
History book cover design
299 $AU
We publish books for people and I am testing out this site as a cover design source....
56
entries
17
designer graphistes
Escape The Anxiety - Book Cover Contest
334 $CA
We are a full service book publishing company that retails books all over the world....
95
entries
18
designer graphistes
The Wizards of Real Estate
299 CA$
Write and publish high-end books. Target for this one will be real estate agents....
91
entries
15
designers