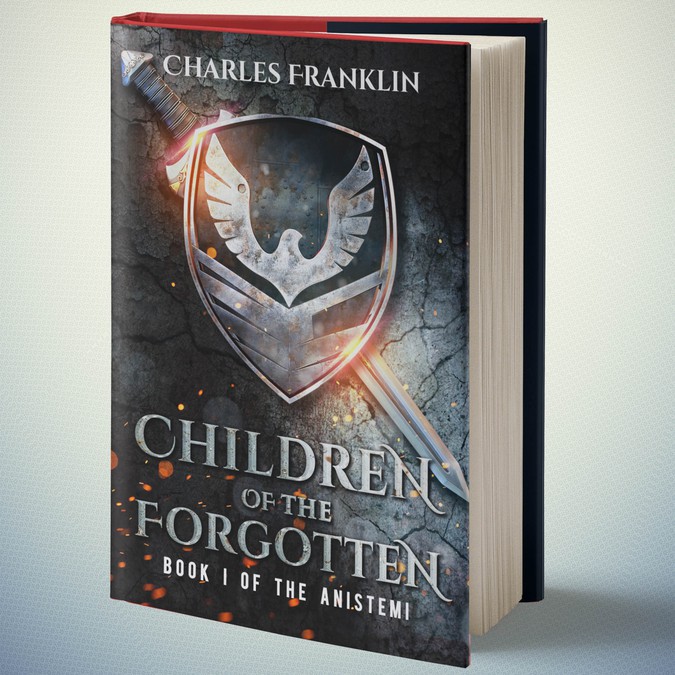 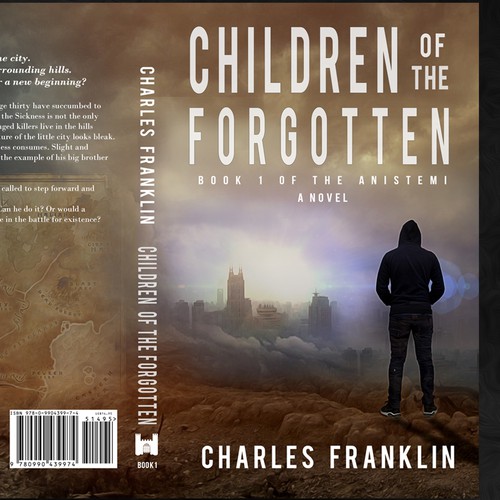 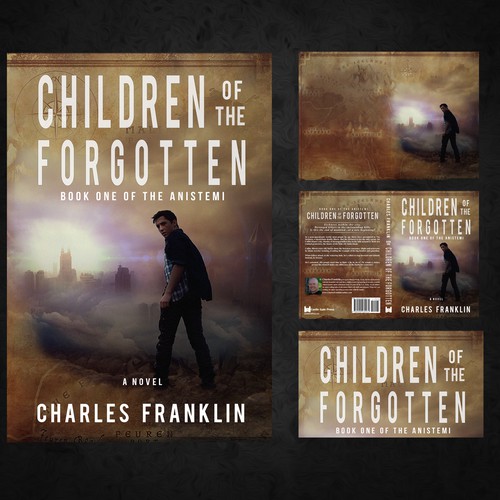 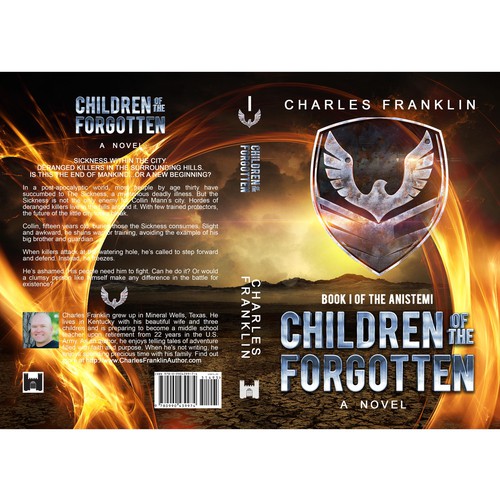 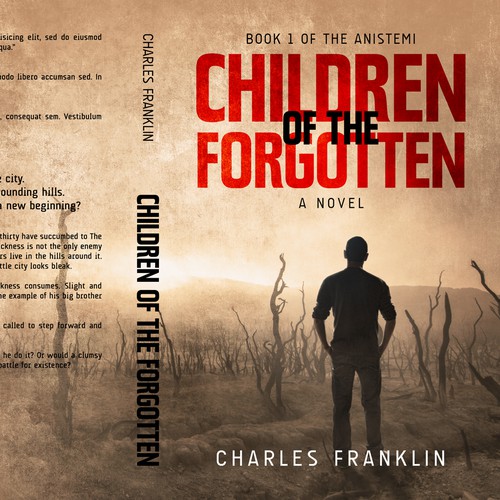 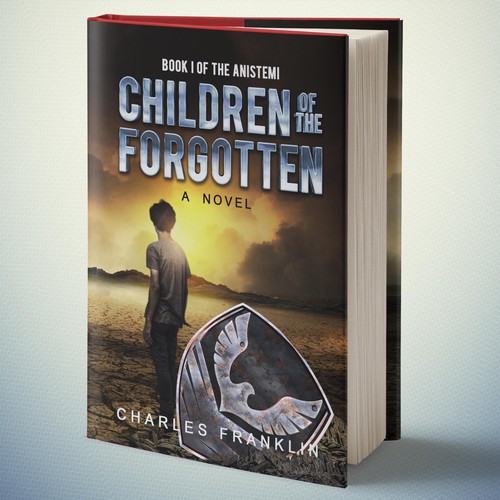 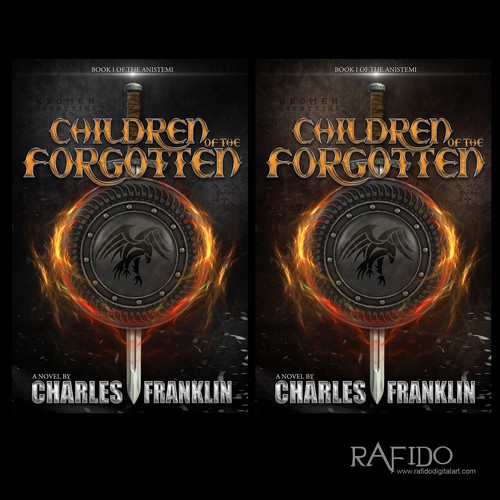 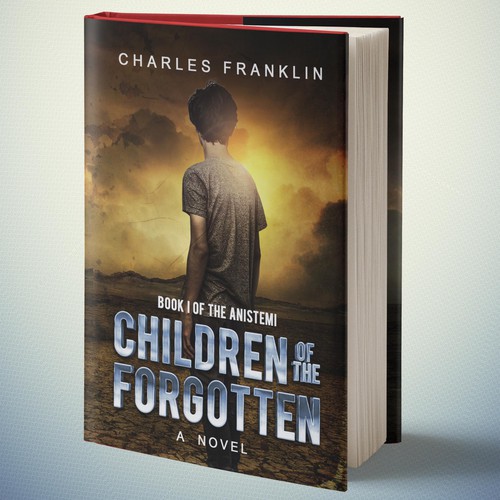 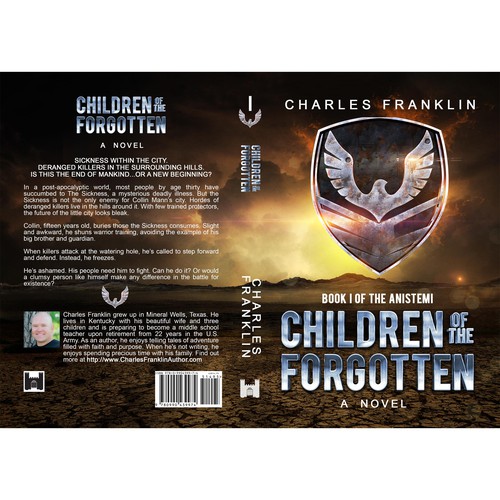 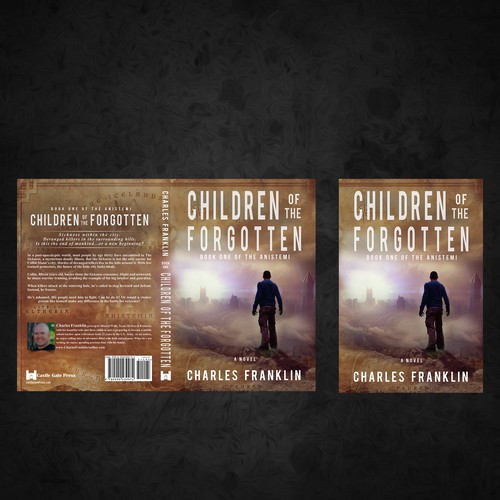 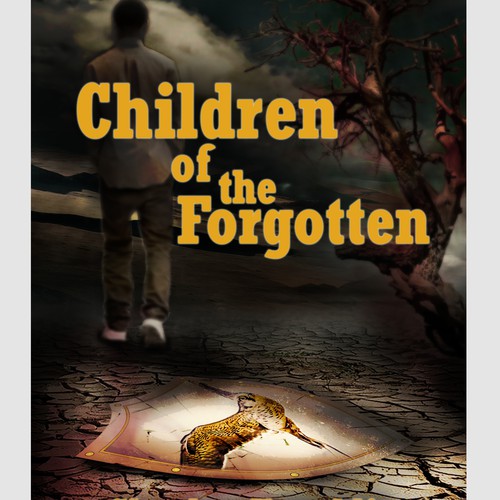 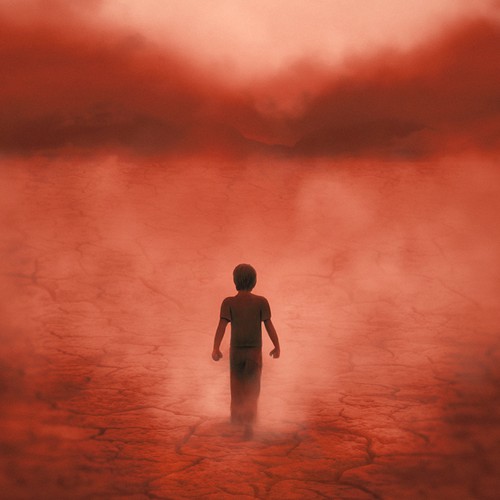 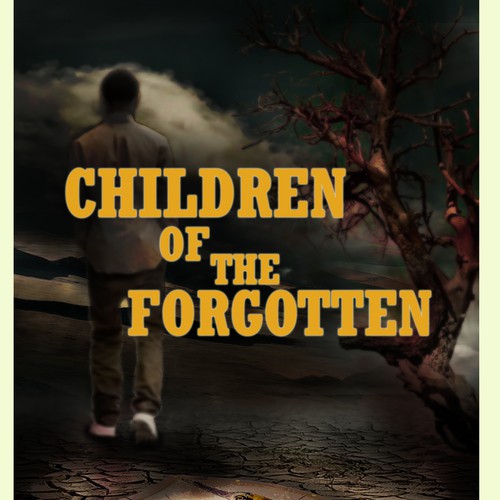 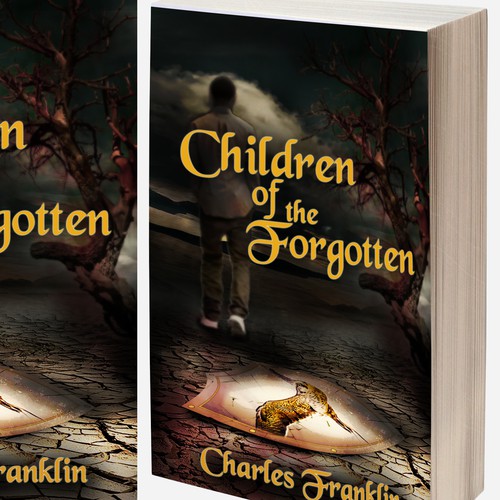 Children of the Forgotten

Charles Franklin grew up in Mineral Wells, Texas. He lives in Kentucky with his beautiful wife and three children and is preparing to become a middle school teacher upon retirement from 22 years in the U.S. Army. As an author, he enjoys telling tales of adventure filled with faith and purpose. When he's not writing, he enjoys spending precious time with his family. Find out more at http://www.CharlesFranklinAuthor.com

Sickness within the city.
Deranged killers in the surrounding hills.
Is this the end of mankind...or a new beginning?

In a post-apocalyptic world, most people by age thirty have succumbed to The Sickness, a mysterious deadly illness. But the Sickness is not the only enemy for Collin Mann’s city. Hordes of deranged killers live in the hills around it. With few trained protectors, the future of the little city looks bleak.

Collin, fifteen years old, buries those the Sickness consumes. Slight and awkward, he shuns warrior training, avoiding the example of his big brother and guardian.

When killers attack at the watering hole, he’s called to step forward and defend. Instead, he freezes.

He’s ashamed. His people need him to fight. Can he do it? Or would a clumsy person like himself make any difference in the battle for existence?

13 years old and up, especially boys

Suggestions for front cover images:
We’d like an arresting design. That’s most important. It COULD include:
A central emblem such as a battered shield with a falcon on it
A dystopian landscape of cracked earth and distant mountains
Some use of our map as background, especially on the back cover

We will need a 6 x 9 cover designed for CreateSpace dimensions, 0.75 inches spine width. After a month, we will ask for an adjusted size based on the actual thickness of the book, currently unknown. After a review period of three months, we will need some very minor alterations to the text on the cover, including adding reviews in the gap on the back cover. We will also need the cover re-created for Ingram Spark with slightly different dimensions at that point.

Please tell us up front whether you expect additional cost for these.

Anything that is not truly eye catching.

Comienza ahora
Book Cover - "A Brave Heart by William Wallace", a memoir of recovering from traumatic ski accident
US$ 1.199
The book is for people who have been dealt a serious setback in life and are looking for motivation or guidance on how t
125
entries
16
designers
Helping people make fitness a priority
US$299
This book would be good for anyone who is wanting to Make Fitness A Priority in their lives, or wanting to start making
282
entries
31
diseñadores
Cover for Fantastic Thriller in the same line as PRISONERS / Couverture pour Thriller Fantastique
359 €
25 - 55 years old, fans of thrillers, movies, TV shows, comics, adventure video games, fans of Jean-Christophe Grangé, S
124
entries
27
diseñadores
Coming Out with Christ - (A Spiritual Journey To Finding My Resurrected Identity)
399 USD
“A must-read life story of love and grace for our LGBTQ people, and every pastor, church leader, Christian, family membe
81
entries
17
designer
Design a dark and foreboding Crime Thriller Cover
GBP 239
Those interested in mystery thrillers and crime novels. Mostly adult audience
77
entries
25
diseñadores
paper back and ebook cover
GBP 319
Someone is reading this book to learn the most effective way to write a to-do list that will keep them motivated and pro
51
entries
20
diseñadores
Más información sobre diseño de portada de libro o revista
Vea como funciona