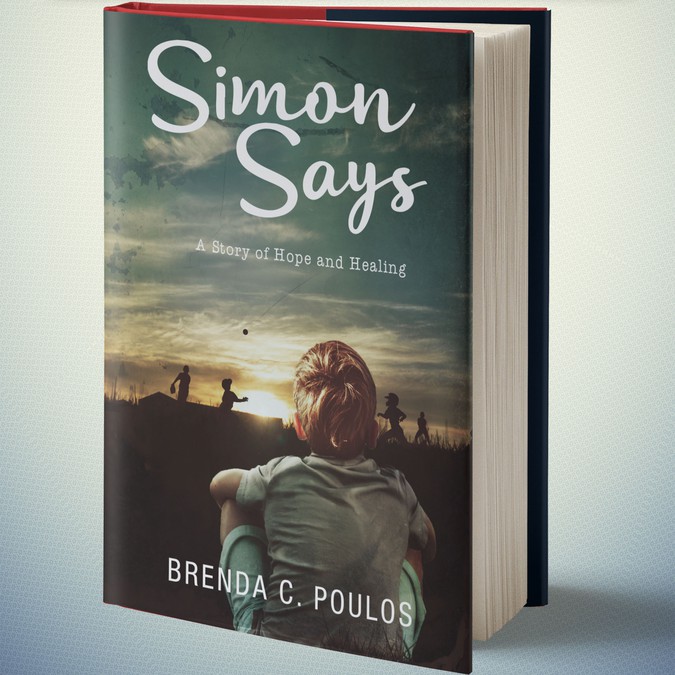 It All Began at the Neighborhood Ice Cream Truck 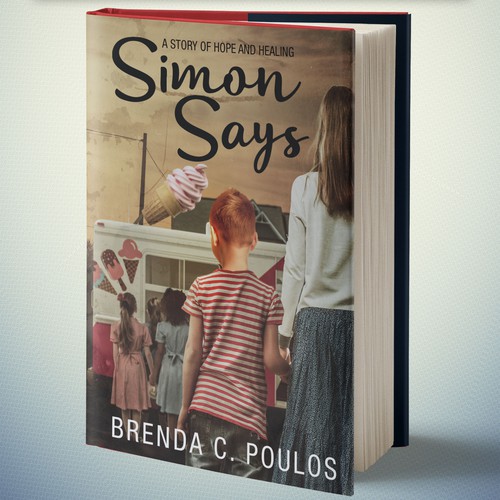 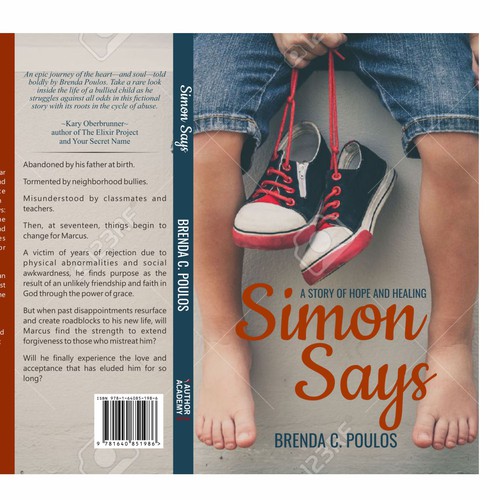 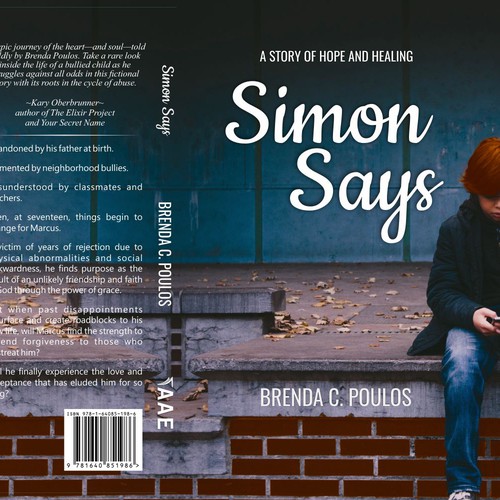 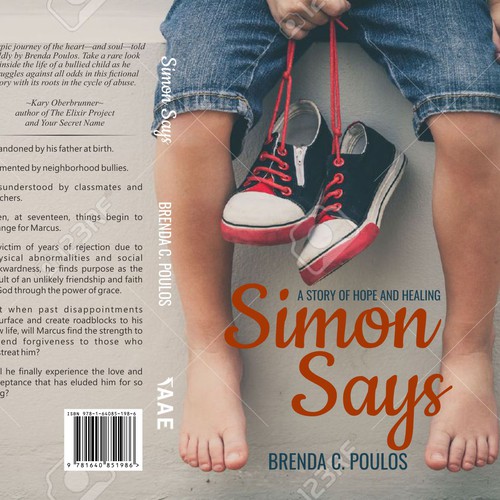 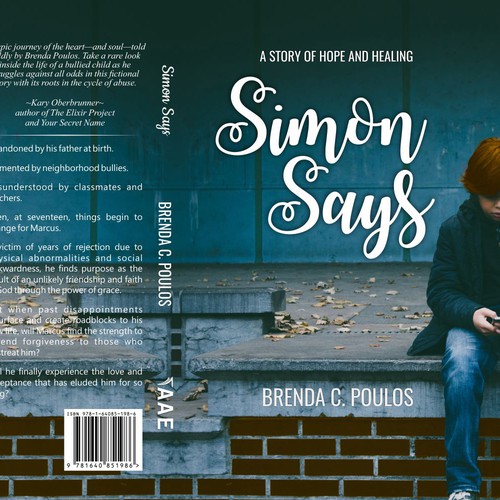 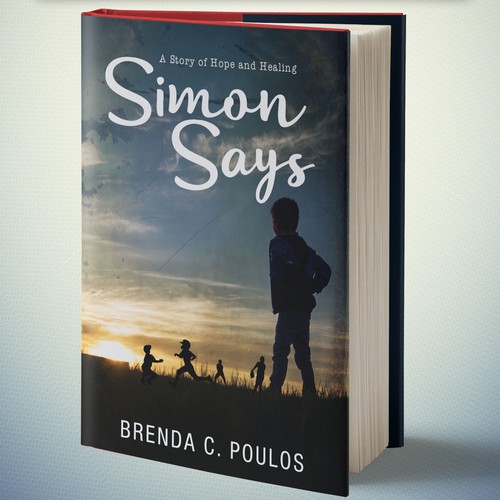 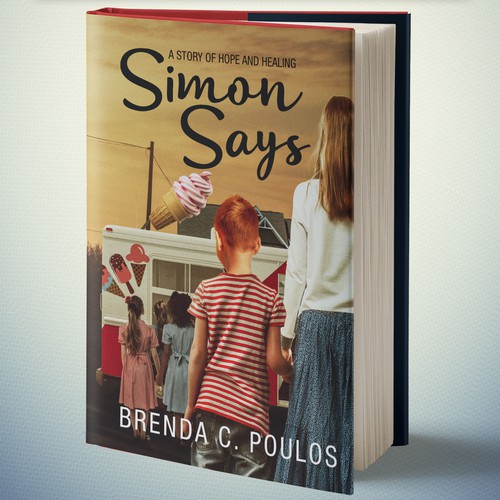 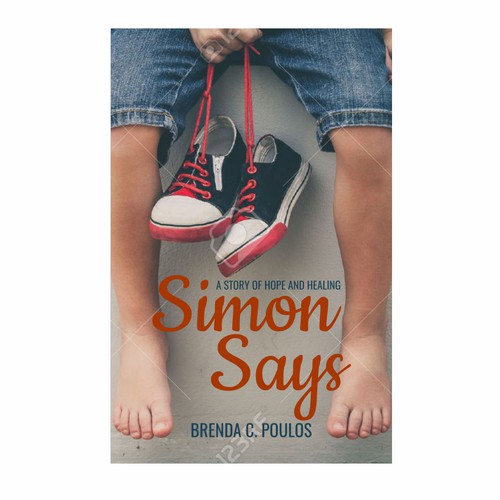 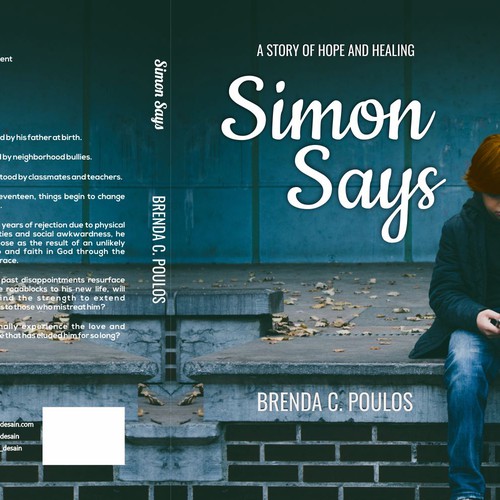 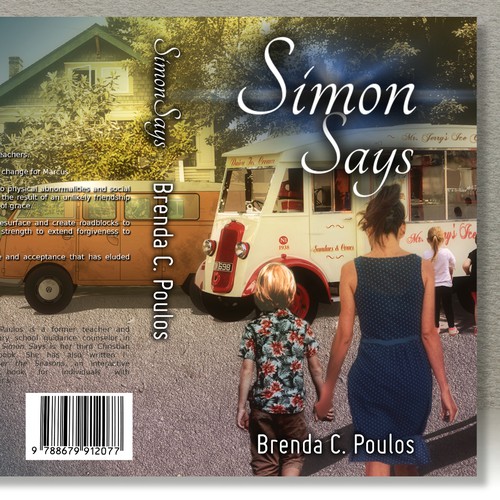 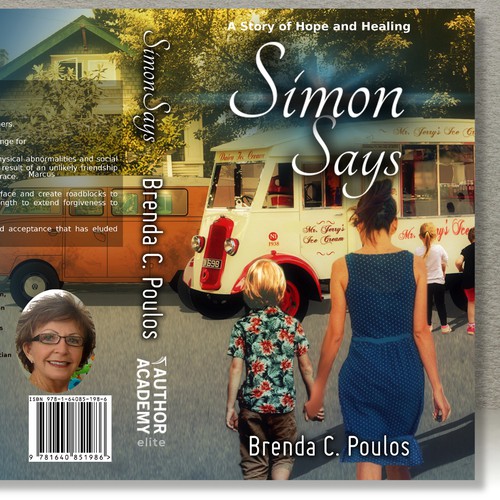 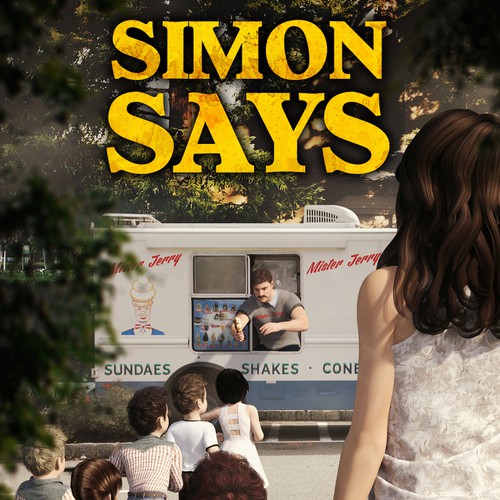 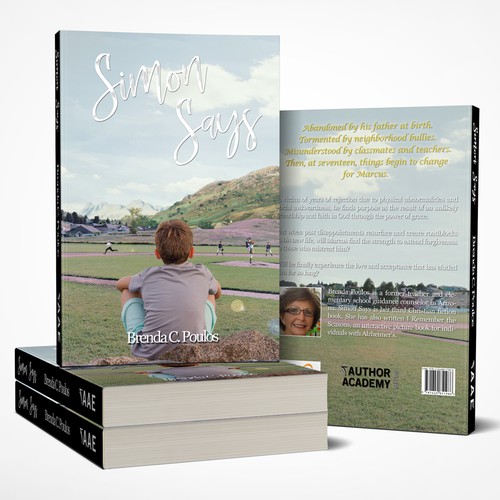 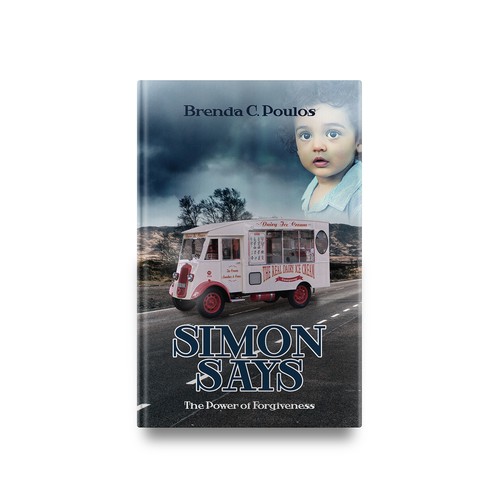 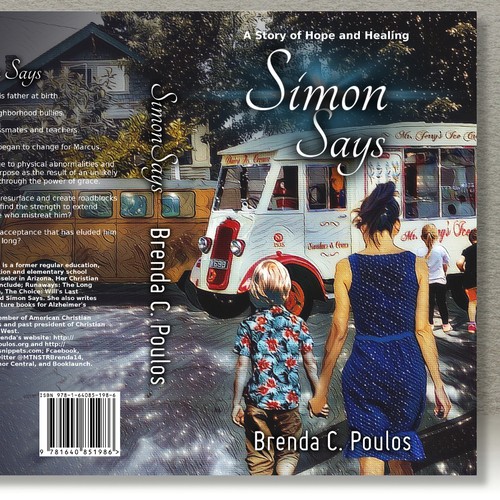 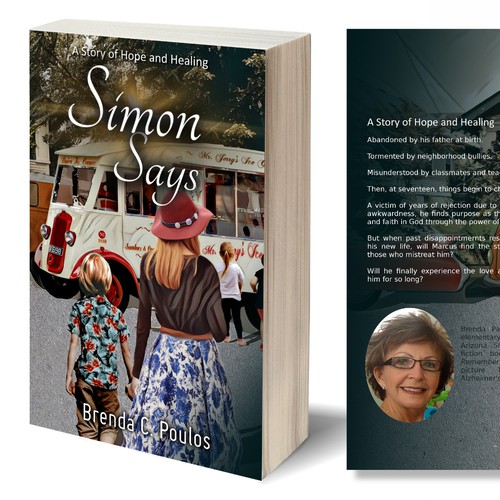 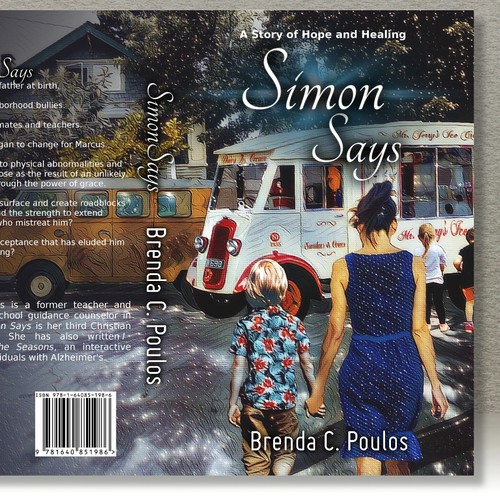 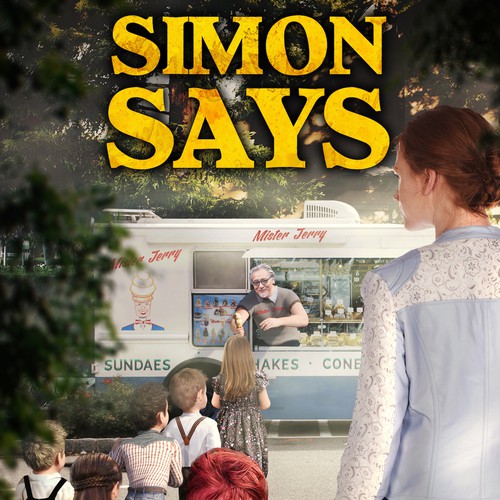 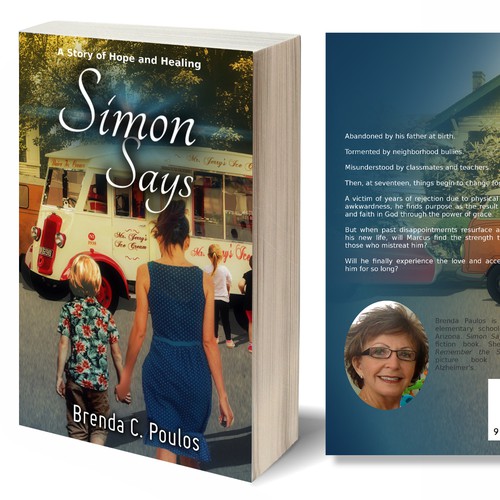 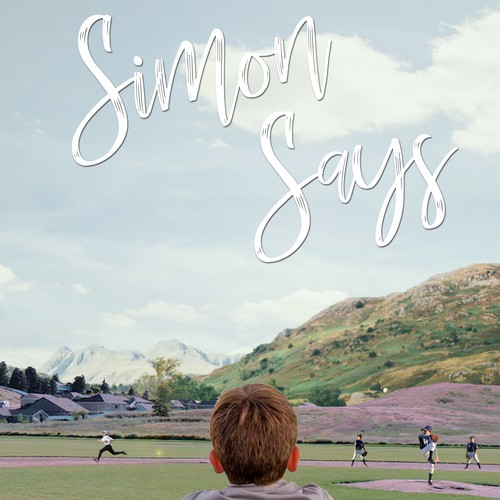 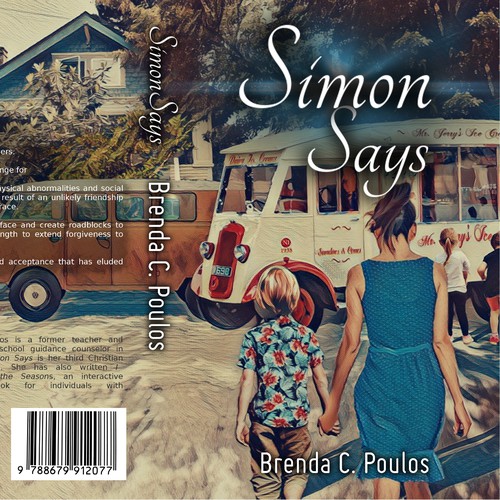 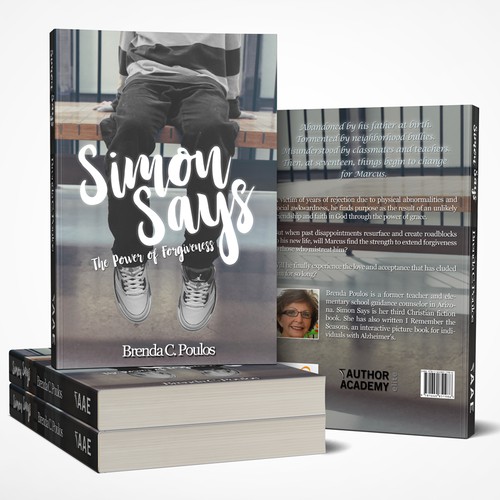 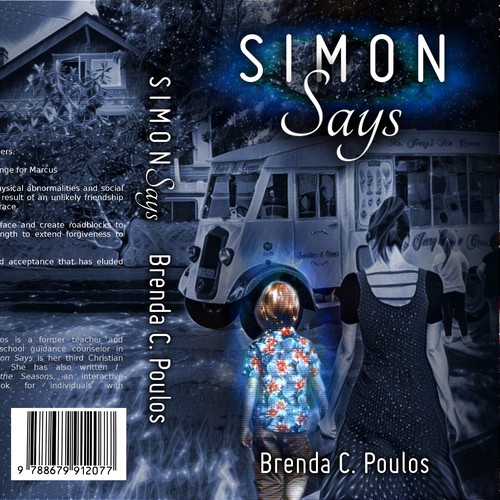 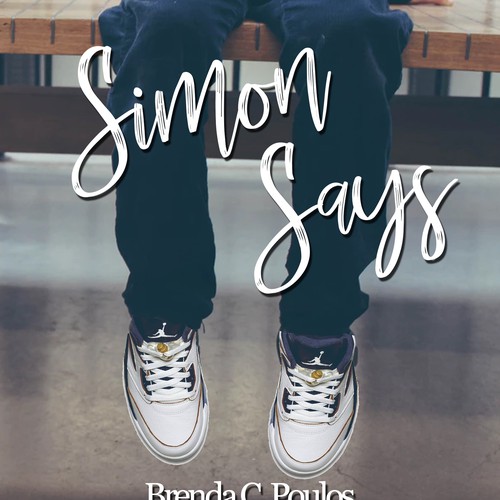 Brenda Poulos is a former teacher and elementary school guidance counselor in Arizona. Simon Says is her third Christian fiction book. She has also written I Remember the Seasons, an interactive picture book for individuals with Alzheimer’s.

This book is about a young boy who has been bullied due to physical abnormalities, his struggles to find acceptance and happiness.

Young adults interested in the subject of bullying and/or forgiveness.

I like that the colors are muted...but maybe too much.
This nostalgic touch is good. Let's reader know it is not current times. Also, like colors.
Like the blues and creams. Like that child's face is not seen.

Compatible with two previous books. I have downloaded their covers for you.

The story is set in the 1960's. What I would like to see is the side of Mr. Jerry's Ice Cream truck, red and white, with a line of children waiting to get ice cream (the backs of some, side view of others, etc. Kids don't just stand in a rigid line...Maybe a dog or two. Mr. Jerry leaning out the window to give an ice cream bar to a child; at the end of the line (closest to the person holding the book, would that be called the "foreground"?, would be the back of a boy with reddish-gold hair. He is holding his mother's hand. So, if he is closer to "us" we might only see from his head to his knees. We might only see the bottom of his mother's hair (maybe at her shoulders) and to just below her waist. She is wearing a small print dress. So, back to the truck. It is parked in a neighborhood, typical 60's. Older homes. We might see the homes in the background behind the truck, or not, depending on what the designer thinks. It is in Arizona, so could have cactus, I suppose. If trees, choose palo verde or mesquite. IT IS IMPORTANT FOR ME THAT THIS COVER LOOKS COMPATIBLE with my two previous covers as far as style, coloring, etc. BUT, not so compatible as to "get lost" or not stand out on its own, either. I have downloads of the covers I am talking about, or they can be seen on AMAZON books under Brenda C. Poulos, Runaways: The Long Journey Home, and THE CHOICE: Will's Last Testament (done by 99 Designs). I like large letters floating over the design (I don't know the correct way to describe this, but both of my previous books have the title like that. (I don't mean at the top of the book). Large font for title.

Don't make colors real bright. I like the ones on my previous books. You can use stock imagery, if you want. It was used on my others. **BUT, please use FREE, so I don't have to pay any additional fees**

Looking for a Book Cover of 5 "Star" Quality
259 $US
Business and life coaches, speakers. Mostly women ages 40-75 who look for a short read for inspiration.
153
entries
24
designer graphistes
The Death of Neo-Darwinism
199 US$
This is a hot topic and would be of interest to anyone in the academic community regardless of the discipline.
26
entries
11
diseñadores
Minnesota Cabin scene to appeal to women who like love stories
$399
Female, USA, 18-50
142
entries
27
diseñadores
The Sword & Mr. Stone -- a modern day search for Excalibur
199 $US
People interested in humor and fantasy.
43
entries
12
designer graphistes
Prayer / Devotional cover
329 $
Target audience: Christians parents, Mothers / Fathers / Grandmothers/ Grandfathers.
48
entries
16
Designer
The Garden of Shadows and Bones
MX$10,099
My books are geared towards New Adult. They are mainly about dark fantasy with witches and magic.
62
entries
24
デザイナー数