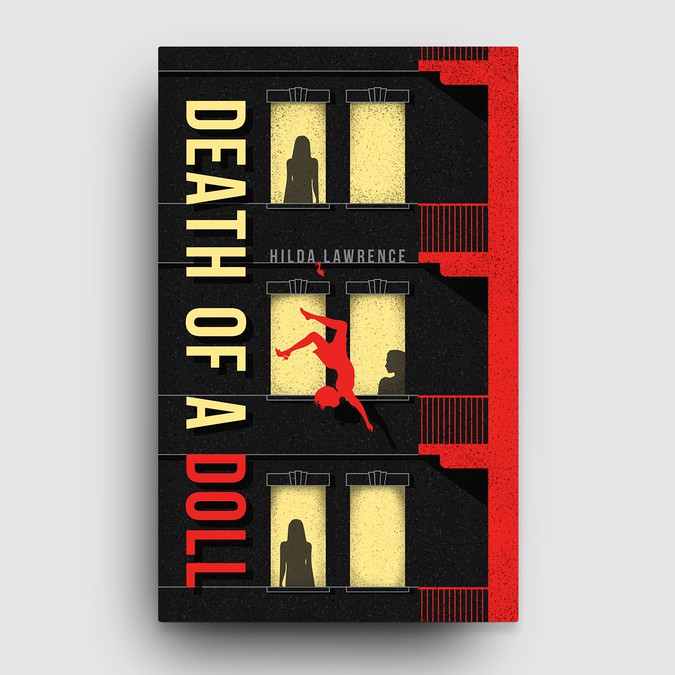 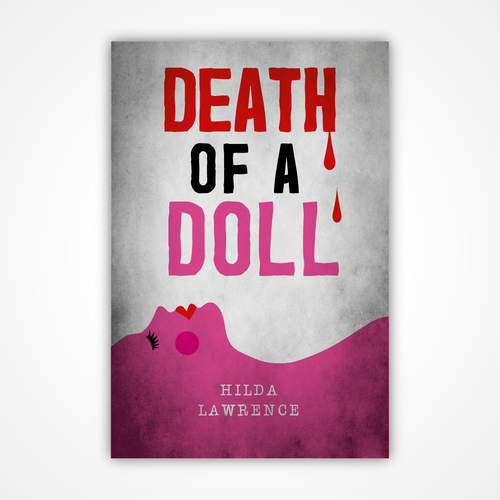 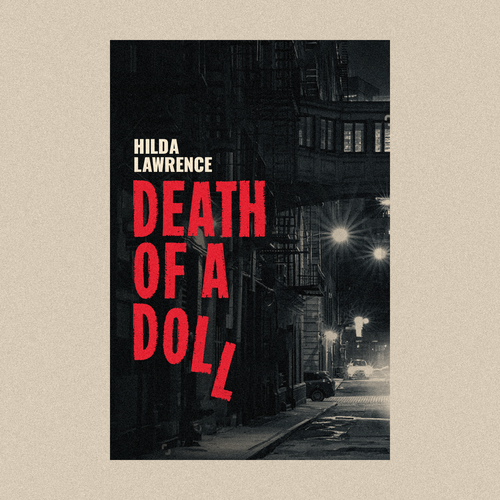 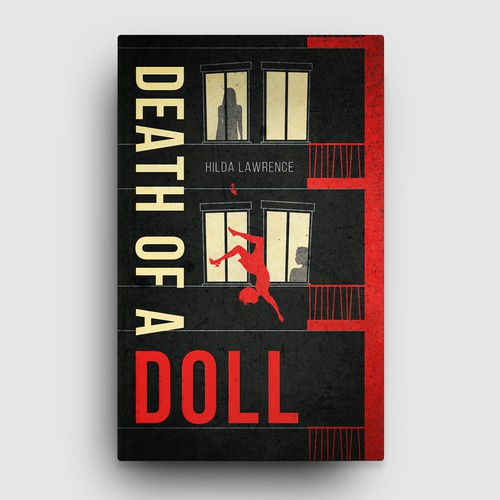 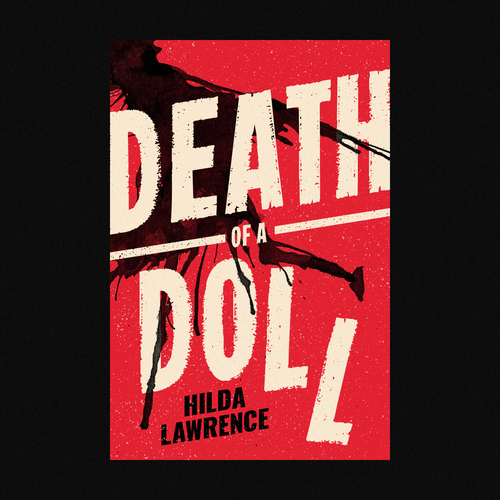 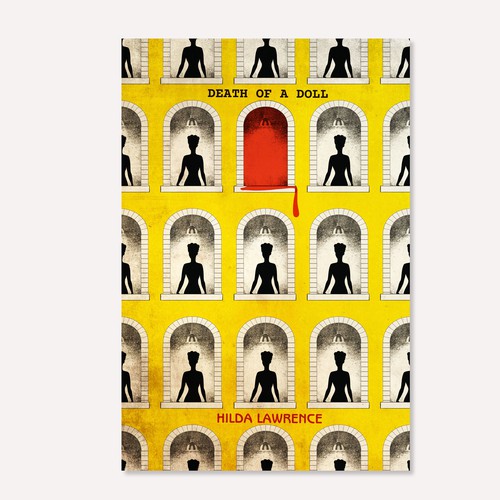 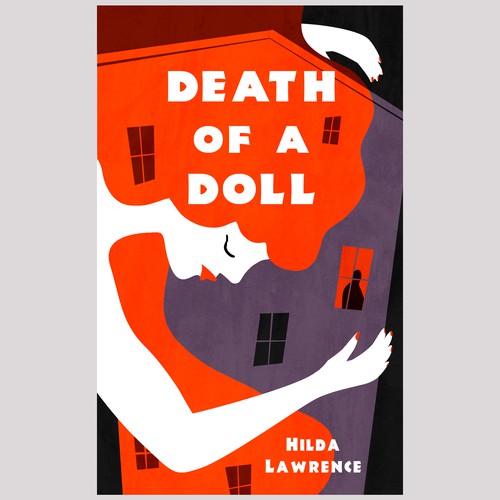 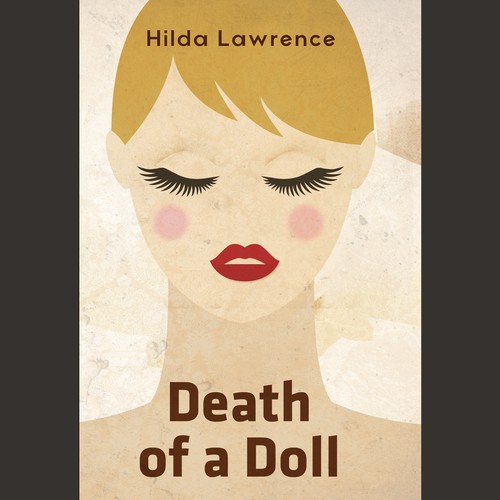 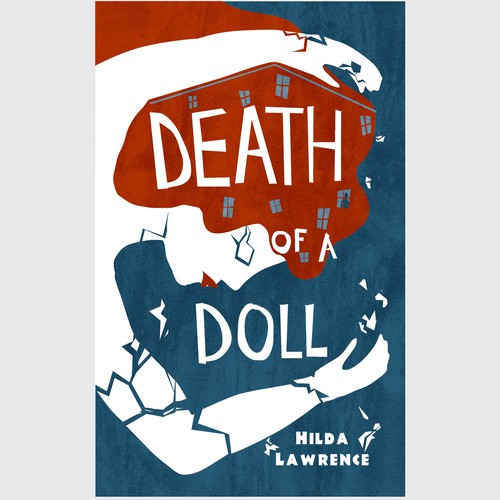 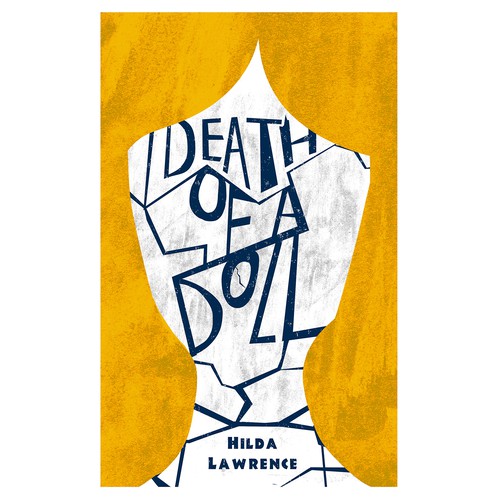 Death of a Doll

American mystery writer Hilda Lawrence (1906-76) published her first book, Blood upon the Snow, in 1944. Its commercial success inspired two more novels featuring detective Mark East, A Time to Die and Death of a Doll. Her other books include The Pavilion and a collection of novellas, Duet of Death.

' Only temporarily is Ruth Miller, department-store clerk, happy with her move from a furnished room to Hope House, a Home for Girls. Upon entering the lobby of her new domicile, she is frightened by a face from the past. Miller makes plans to get away, but her assisted plunge from a seventh-floor window renders her schemes nugatory.

A wealthy customer of the department store who liked Miller hires Marc East to investigate because the death is being treated as a suicide. Reluctantly, for he also thinks the death was self-inflicted, East begins checking out Hope House and its denizens.

More and more evidence, including the bludgeoning of a young lady in one of the bathrooms, accumulates to persuade East that Miller was murdered.'

"Miss Small and Miss Brady did everything to make their boarders feel safe and secure: Hope House was one of the few places in New York City where a young working woman could enjoy a homey atmosphere at very little cost. When Ruth Miller move in, however, the atmosphere seemed to change, and when her mangled body was found in the courtyard, the miasma engulfing Hope House became stifling. Suddenly no one was quite what she seemed, and no one--from the chattering desk clerk to the young woman whose thoughts about the possibilities of a Saturday-night date were overshadowed by the terrifying proximity of death by violence--was above suspicion."

'‘They had names like Betty and Peggy and Janie. They meant nothing, they looked exactly alike.’ It is quite telling that Lawrence themes the fancy dress party so all the attendees are in identical dress.'

'‘she wanted to know that all of her seventy girls were safe and sound in their seventy good, though narrow, cots, sleeping correctly and dreamlessly because they were properly nourished and had no ugly little troubles that they hadn’t confessed.’ There is a really feeling of a lack of privacy and individuality, yet surprisingly the story’s victim initially sees this place as a beacon of hope and refuge.'

'this is a great, classic mystery, set in a labyrinthine home for "working girls" (i.e., young girls with low-paying jobs in the city). The atmosphere is marvelously creepy, and there are several scenes that cause shivers, particularly when all the girls are dressed in identical, blank-faced doll costumes for a party. '

'creates an air of real menace in her books'

We're looking for something a little bold, a little funky/mod, but clean.
Sort of like an old movie poster - a little weird or unsettling/sinister about it (a la Hitchcock) - but not violent, modern crime looking or too busy.

(Has the vibe of the first half of Suspiria, without all the witches and gore.)

$$$ Open to your creativity, Flexibility in design Options $$$ NO REFUND for Author
$529
Men & Women between 26-65 world-wide Professionals who are board in their career and getting burned out Motivated to m
337
entries
54
デザイナー数
Book cover reflecting an amazing journey playing professional basketball in Greece
399 US$
Basketball players (12 and up) Athletes (12 and up) Coaches FCA (Fellowship of Christian Athletes) Sports Psychology
169
entries
42
designers
BE the artist for my new book, BEING: HOW TO WIN THE GAME OF LIFE
300 $
People looking to upgrade to the next version of themselves. Younger people coming into the workforce or people just st
410
entries
58
Designer
Design a print book cover that is a beacon of hope to the German people using my concept.
299 US$
Anyone concerned about christian freedom.
61
entries
10
designers
Simplistic cover design for self-help book
299 US$
This self-help book is gender neutral, and can help adults as well as young adults.
151
entries
41
diseñadores
Create a Bestselling Book Cover
CAD 269
New Mothers, Second Time Mothers Age - 20 to 40 Years of Age
82
entries
25
diseñadores

Comienza ahora
#1 NYT Bestselling author of Chicken Soup for the Soul's new book to uplift people in hard times
$799
Men and women 27-87. Adults, any gender, any race, any location. This is a book to help people needing positivity and ar
199
entries
38
デザイナー数
Book Cover - "A Brave Heart by William Wallace", a memoir of recovering from traumatic ski accident
US$ 1.199
The book is for people who have been dealt a serious setback in life and are looking for motivation or guidance on how t
125
entries
16
designers
Design a book cover that includes a backround that looks like blue blueprint paper.
399 $US
- Any high school students who are looking to attend college. - College freshmen and sophomores. - Students looking
9
entries
3
designer graphistes
Cover for Fantastic Thriller in the same line as PRISONERS / Couverture pour Thriller Fantastique
359 €
25 - 55 years old, fans of thrillers, movies, TV shows, comics, adventure video games, fans of Jean-Christophe Grangé, S
124
entries
27
diseñadores
Classy cover for a memoir. A woman discovers a family secret; her real father was a priest.
US$ 499
Classified as memoir, I see my audience as women, middle aged plus. Women interested in family relationships and the inh
158
entries
38
designers
Business book cover needed, themed around phenix and unicorn.
$499
Young passionate enterpreneurs both male and female, aged between 18 - 40. Keen to build their own businesses. Target ge
161
entries
42
デザイナー数
Más información sobre diseño de portada de libro o revista
Vea como funciona