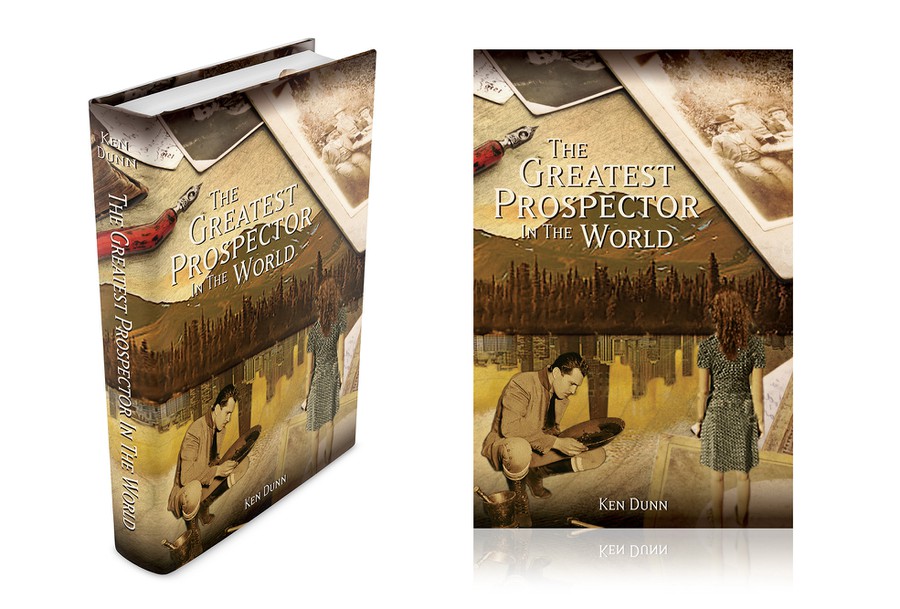 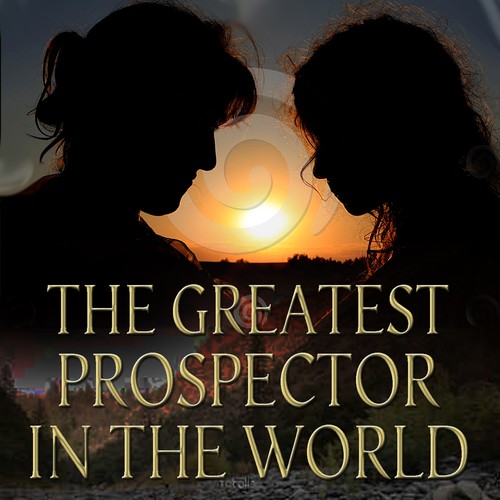 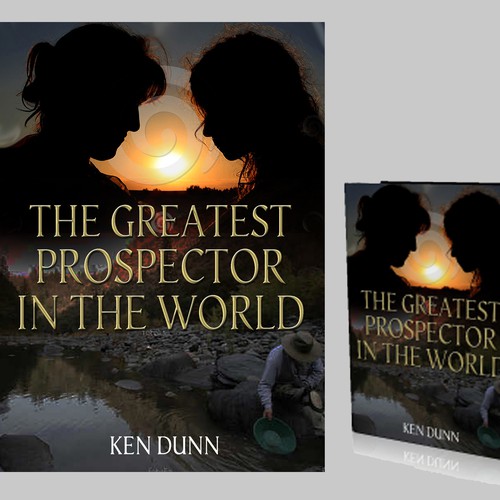 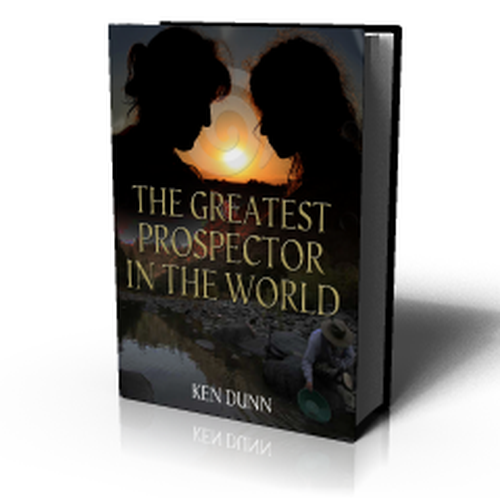 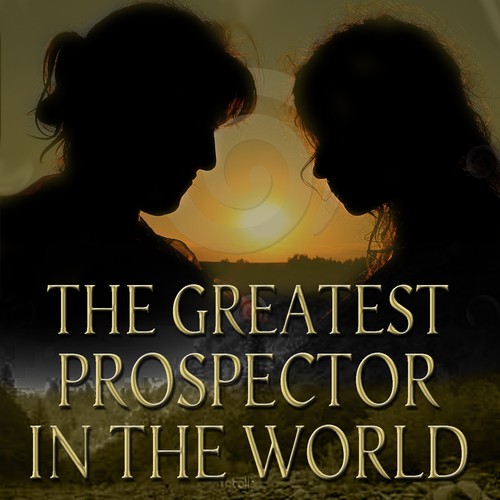 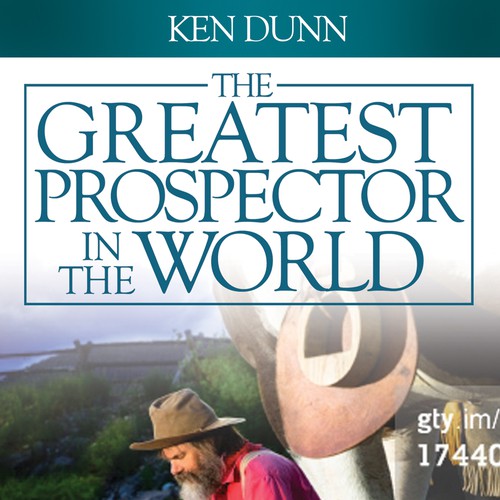 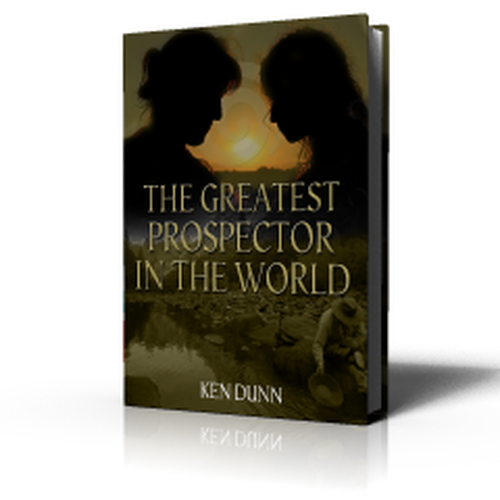 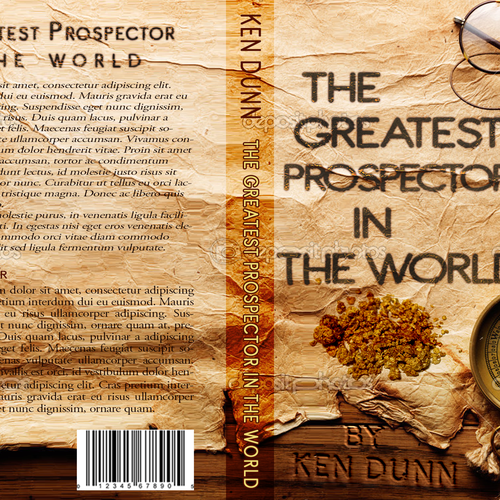 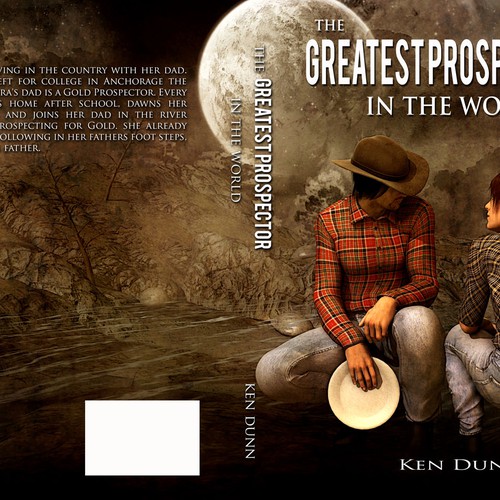 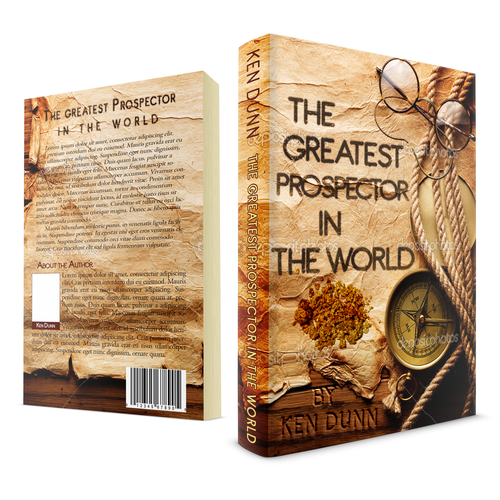 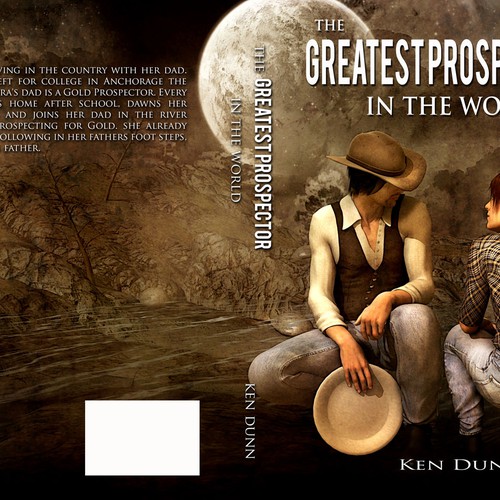 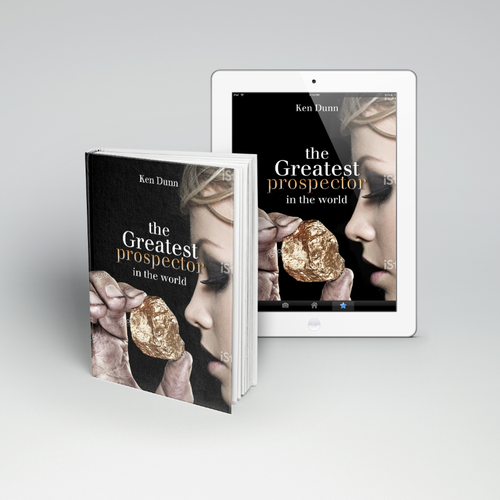 Readers Legacy is a internet based publishing company. We do e-books and print media. We engage our clients in social media settings. We are launching this contest to design a book cover for a fiction book that is actually a sales/prospecting training based book.

A book cover for a book called "The Greatest Prospector In The World". The author is Ken Dunn. Ken has earned millions of dollars selling and prospecting. He has written 3 prior books on sales. This is a fiction book that teaches the 6 basic principles for prospecting. The story starts in Alaska in the Gold Rush days. The Main Character is a 14 year old girl named Laura. Laura loves living in the country with her dad. Her brother left for college in Anchorage the year before. Laura's dad is a Gold Prospector. Every day she rushes home after school, dawns her chest wadders and joins her dad in the river panning and prospecting for Gold. she already has dreams of following in her fathers foot steps, as did he to his father.

She cannot understand why her brother has no interest, or why her uncle Joe moved away to Chicago when he was 18. Her father never talked about him.

Her mother died when she was a baby. her father died suddenly one day when he was buried in a landslide in the river. Days later she learned that she was going to be forced to move to Chicago to live with her Uncle Joe, the only living adult relative. she faught the move.

She could not settle in Chicago, inspite of the fact that she was moving into a 20 room mansion and learned that he Uncle Joe was the owner of an insurance company and one of the richest men in Chicago. She was given complete run of the house except was forbidden from entering Uncle Joe's office/den.

A year later she was kicked out of school for mis-behaving, she had become a recluse and would not say 2 words to Uncle Joe.

One day, while the house was empty, she snuck into Uncle Joe's office to be introduced to an incredible world that would change her life for ever. the office walls were completely filled with pictures, there were hundreds of framed pictures of him in the river back in alaska with her dad and their dad. In between all the pictures were pictures of Uncle Joe at various ages winning awards for sales. His book shelf was full of self help books and sales books and "Gold Prospecting Books".

she settled into his desk and found a pile of paper on his desk. It was writing and the top page was a title page. It was a manuscript. The title of the writing was "the Greatest Prospector In The World". Just as she grabbed the papers, the door swung open and in barged Uncle Joe. he was not angry.

he revealed to her that his dad told him to leave alaska. Growing up in the river, his dad (Laura's Grand-dad) had taught the boys 6 crucial skills that would keep them safe and ensure they would be succesful prospectors. When he was 18, his dad told him there was no future in the rivers and that he should move to Chicago and use the skills her learned in prospecting to make money in sales.

Uncle Joe becomes the mentor and teaches her to become a great prospecting and make money selling. Uncle Joe dies and Laura inherits the Insurance company. she becomes the richest women in Illinois. the book ends when Laura is in her early 40's and she has a young daugther. they are in the office looking at all Uncle Joe's pictures one day when the daugther is about 10. the daughter asks Laura" Mommy can you teach me how to prospect and make money in sale?". Laura looks at her daughter, with tears in her eyes, and says "no baby, I'm going to take you to Alaska and teach you how to prospect for Gold". the book ends.

the book has been written to keep the reader and leave the reader guessing and the identity of the Greatest Prospector is never revealed.

Please design me a book cover that captures the essence of what I have just described. you are welcome to be free in your design. The fiction book is historical accurate with respect to the time frame of the gold rush and subsequent time in Chicago.

The author, Ken Dunn, (http://www.kendunnleadership), is an international leadership and sales trainer who annually travels in 20-30 countries. the book will eventually be translated into 10 foreign languages.

You are free to use your imagination but remember the colors and themes must work well online too.

It's important to understand in the story that the character Laura becomes a millionaire successful prospector in sales before Uncle Joe dies.   This is a story the author created to teach the 6 sales prospecting skills that he has used to make millions of dollars.  It is historically accurate fiction.

Comienza ahora
ZERO TO 55 book cover
$334
NCP is a full service publishing company. We produce, market and sell fiction and non-fiction books to the mass marke...
192
entries
51
diseñadores
Create a book cover that catches the eye and draws you in.
309 £
cover must be historical cowboy western
27
entries
6
Designer
Guaranteed Prize... Need a Book Cover for "The Eagle and The Tiger!" Upcoming Vietnam Fiction Book!
US$ 299
This is a publishing house for self published veteran author, Tim Davis!...
98
entries
23
diseñadores
Create a Pessimism Sucks book cover
USD 299
Pessimism Sucks promotes those that pursue their dreams even when others doubt their success. The brand is loud and a...
15
entries
5
designer
"Go West" Book Cover Design for Pro BullFighter
499 $US
Publishing Company...
63
entries
16
designer graphistes
The Altruism Effect: A Thriller Novel
299 $
In need of a print and ebook cover design for a thriller novel.
141
entries
39
Designer
Más información sobre diseño de portada de libro o revista
Vea como funciona