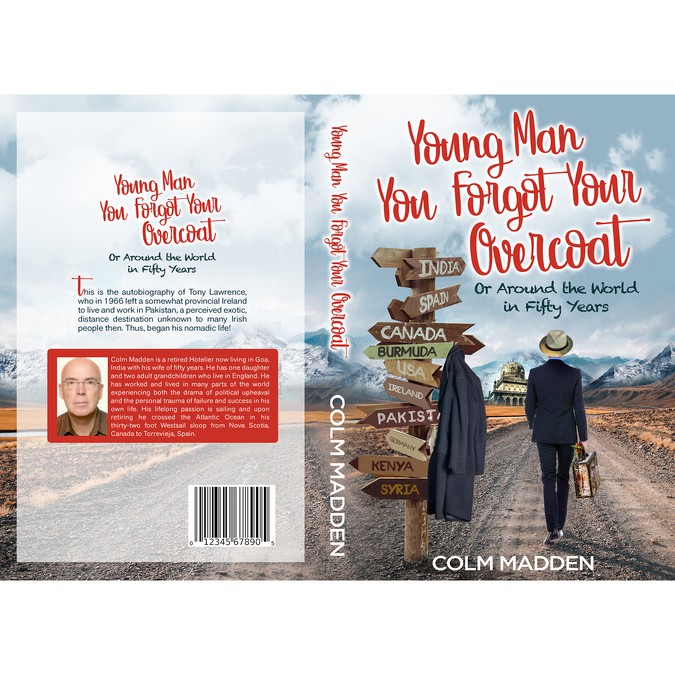 A Book cover for a lifetime world travelling expatriate's autobiography. 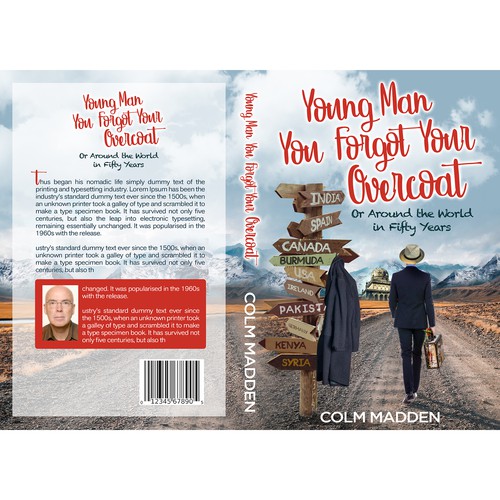 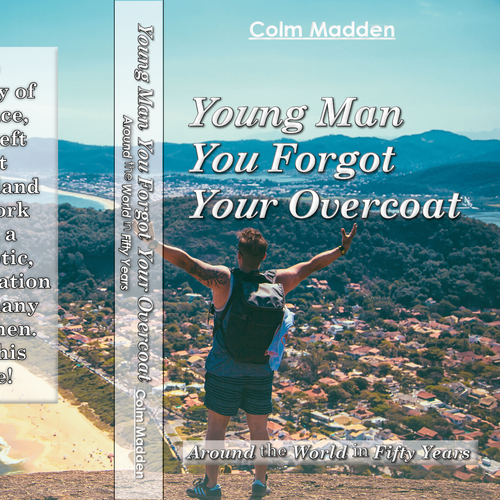 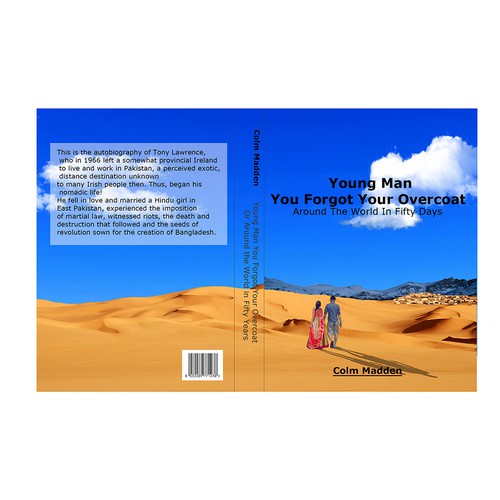 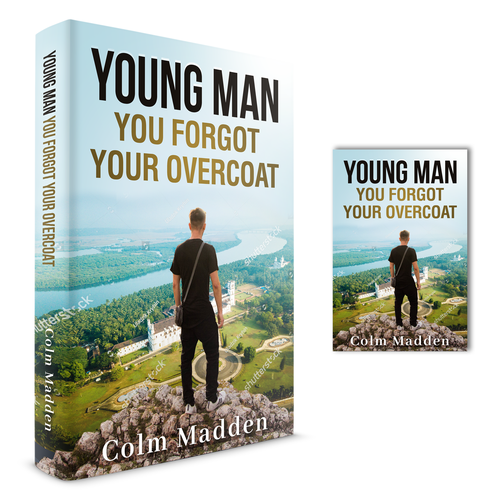 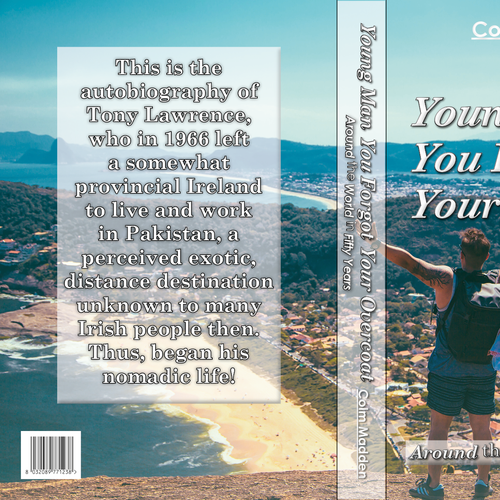 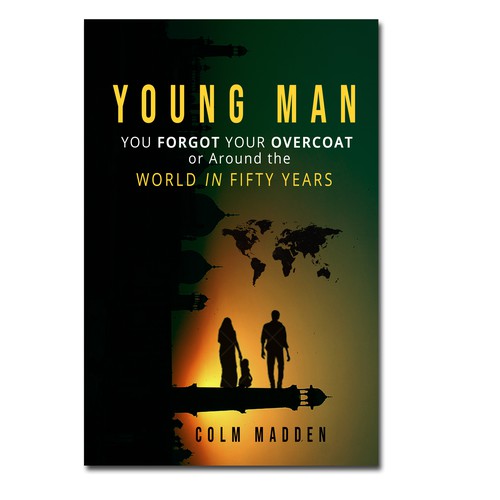 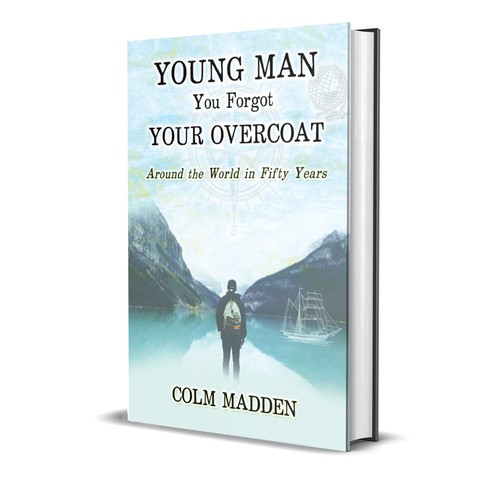 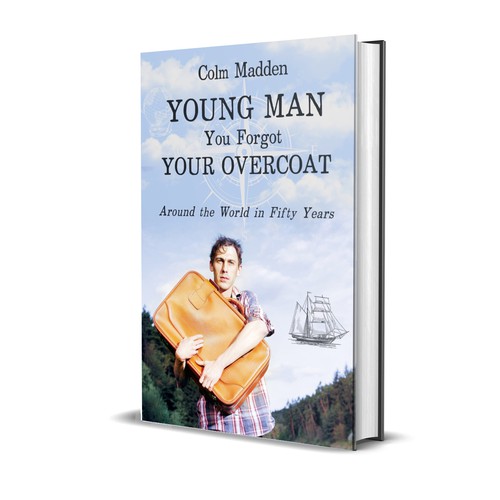 Colm Madden is a retired Hotelier now living in Goa, India with his wife of fifty years. He has one daughter and two adult grandchildren who live in England. He has worked and lived in many parts of the world experiencing both the drama of political upheaval and the personal trauma of failure and success in his own life. His lifelong passion is sailing and upon retiring he crossed the Atlantic Ocean in his thirty-two foot Westsail sloop from Nova Scotia, Canada to Torrevieja, Spain.

This is the autobiography of Tony Lawrence, who in 1966 left a somewhat provincial Ireland to live and work in Pakistan, a perceived exotic, distance destination unknown to many Irish people then. Thus, began his nomadic life!
He fell in love and married a Hindu girl in East Pakistan, experienced the imposition of martial law, witnessed riots, the death and destruction that followed and the seeds of revolution sown for the creation of Bangladesh.
Tony, his wife RajLaxmi and baby daughter Erika fled this troubled land to visit friends, in Syria before continuing to Kenya and their next assignment.
A fortnight stopover in Damascus extended to two months. Unresolved issues between Israel and the Arab World following the six-day war exposed the fragility of both domestic and international relations. They witnessed Israeli aircraft attacking Syria and within Damascus the mysterious disappearance of political opposition.
In Nairobi they opened the InterContinental in 1969, relishing the tranquility, shattered only later that year by the assassination of Tom Mboya a prominent government minister, riots ensued, and two people died, with many injured.
One year later Tony and family moved to Europe working in Ireland, Germany and England, opening the London InterContinental Hotel.
In London the family decided to return to Ireland, Tony joined Great Southern Hotels to manage the Kenmare Hotel. Twelve months later it was sold, and the family moved to Northern Ireland. Dangerous challenges surfaced as the “Troubles” still raged, and when offered to partner ownership of hotels in Canada they accepted, however that partnership soon dissolved.
Moving to Bermuda Tony became advisor to Bermuda College hotel school. During their three years there, life was sailing, and beaching interspersed with work. Until Hurricane Emily roared through early one morning in 1987 wreaking havoc, devastating the Island.
The family returned to Canada, it was 1988 and Tony joined Sheraton Hotels in Nova Scotia where they lived until 1991.
The tropics beckoned to Tony who moved to Sint Maarten in the Caribbean and to what was to become the notorious Port de Plaisance Resort. It was a cornucopia of the bizarre, where several attempts to open the property failed, development was suspect and Tony’s life endangered.
In 1994 Tony was with the Sheraton Casino Tunica, Mississippi with his family living in Memphis. Just one year later they were back in Canada for the final six years of Tony’s career.
As he prepared for retirement and his dream of sailing across the Atlantic, he purchased a sailboat and an apartment in Spain to where they would retire.
In June of 2003 Tony sailed from Nova Scotia to cross the Atlantic bound for Spain, a voyage of five weeks. Retirement in Spain disappointed and so he and Raj Laxmi consider their options and moved to Goa, India, restored an old Portuguese Goan house where they have lived for the past twelve years and where they will most likely remain.

Potential expatriates, sailors, young people (or older people) considering what life may be like in far-flung places. Those interested in travel or politics or parts of the world they now do not live in.

Obviously, the more dramatic the cover looks the better. I don't believe it should be cluttered but it should reflect the story. I think that light is better than dark.

I'm not aware of anything. I would not want to restrict any creativity.

YA Romance cover
$ 199
Teen to adult
104
entries
27
Designer
Political History Book for high level policy makers
$ 299
Diplomats, Senate and Congress members, Minister’s, Head of missions, Policy makers, University Faculty, University Scho
109
entries
24
Designer
Coming Out with Christ - (A Spiritual Journey To Finding My Resurrected Identity)
US$ 399
“A must-read life story of love and grace for our LGBTQ people, and every pastor, church leader, Christian, family membe
81
entries
17
diseñadores
paper back and ebook cover
319 £
Someone is reading this book to understand how to get the best loan offer by boosting his three-digit credit score. He m
43
entries
8
designer
Design first-ever Eco Bible book cover
US$ 500
We intend this book to be bought and read by Christian readers as well as Jewish and secular ones. Most readers of the b
223
entries
32
designers
Western Landscape for cover of trippy novel.
US$ 549
Students, teachers, activists, hippies, armchair sociologists, veterans, stoners, coastal elites, outdoor types, dropout
57
entries
13
designers

Comienza ahora
The Death of Neo-Darwinism
$ 199
This is a hot topic and would be of interest to anyone in the academic community regardless of the discipline.
26
entries
11
Designer
Book cover for non-fiction
199 $
156
entries
13
Designer
The Sword & Mr. Stone -- a modern day search for Excalibur
US$ 199
People interested in humor and fantasy.
43
entries
12
designers
paper back and ebook cover
£ 319
Someone is reading this book to learn the most effective way to write a to-do list that will keep them motivated and pro
51
entries
20
designers
Book Cover for WWII Historical Fiction
$ 399
People who like WWII and historical fiction
71
entries
21
Designer
Finance BOOK COVER needed. Prefer clean, light simplicity and a drawn illustration.
US$ 499
Self-employed professionals, typically men ages 30-50 who make over 75k per year single or 100k joint, maybe they work f
35
entries
12
diseñadores
Más información sobre diseño de portada de libro o revista
Vea como funciona