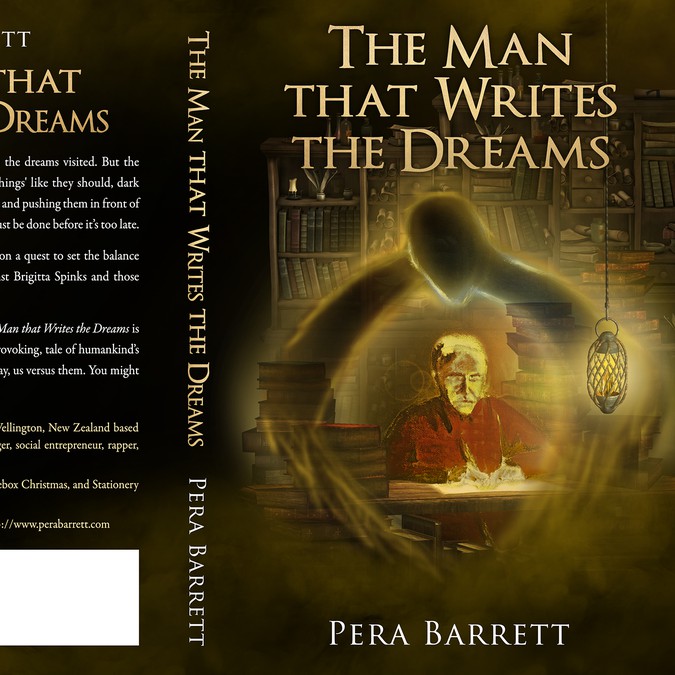 Book cover needed for fantasy novel: The Man That Writes the Dreams 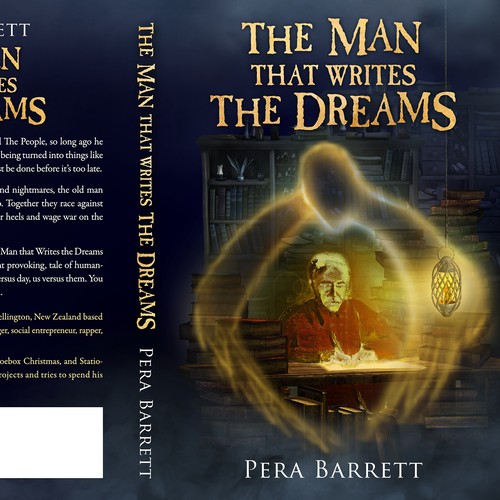 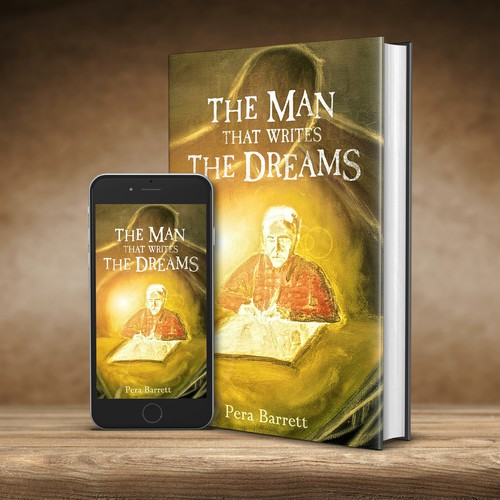 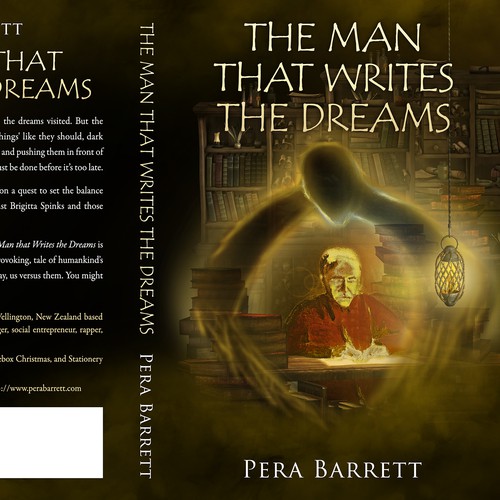 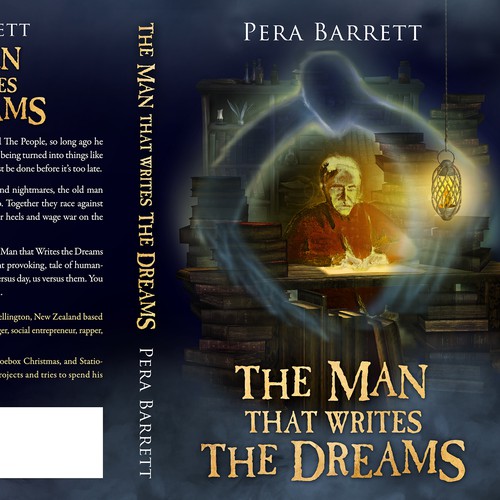 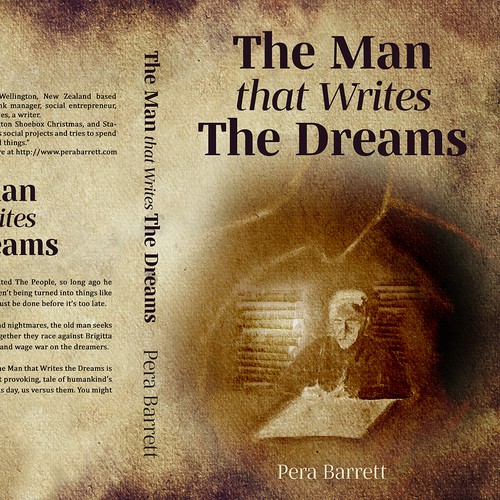 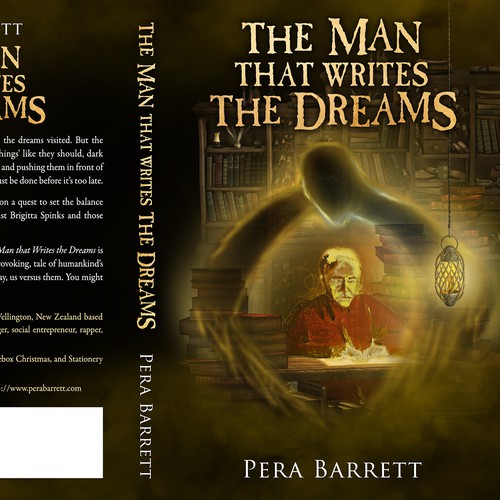 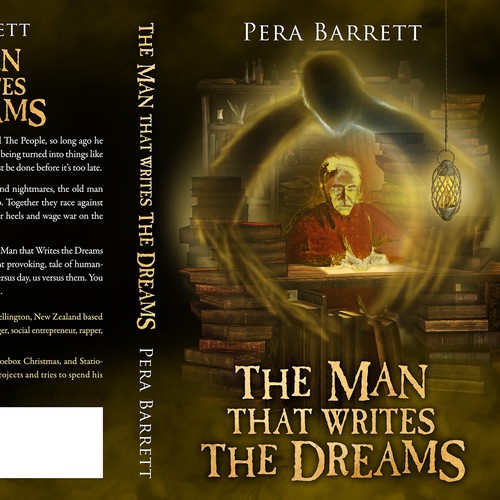 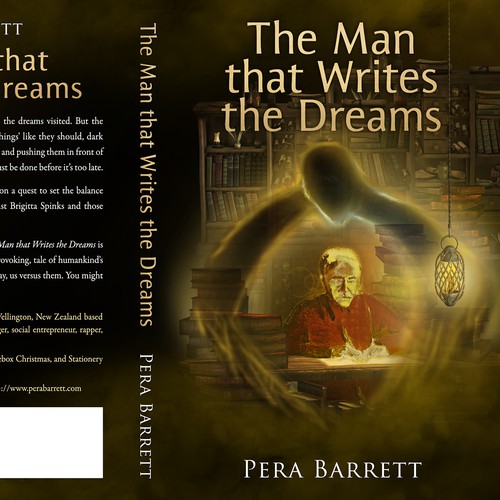 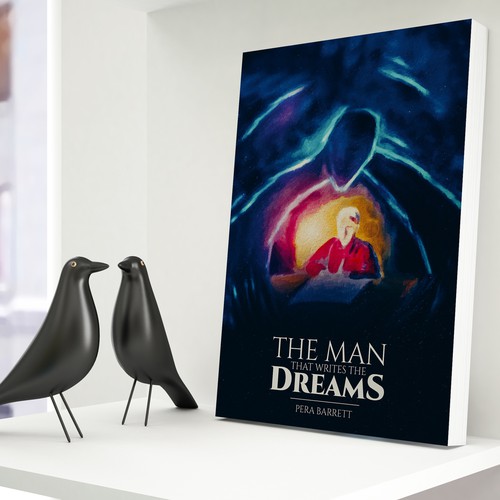 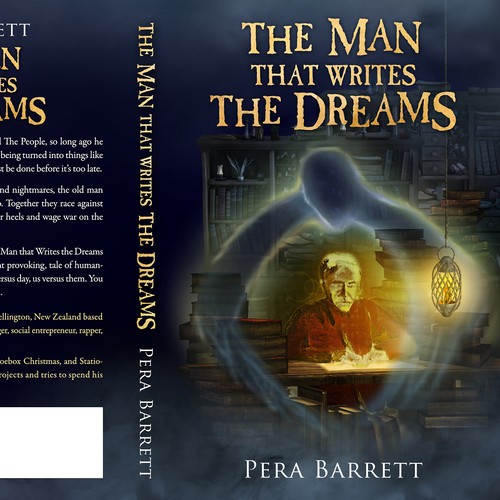 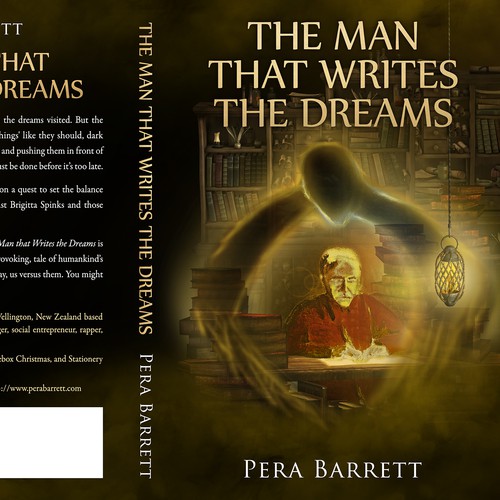 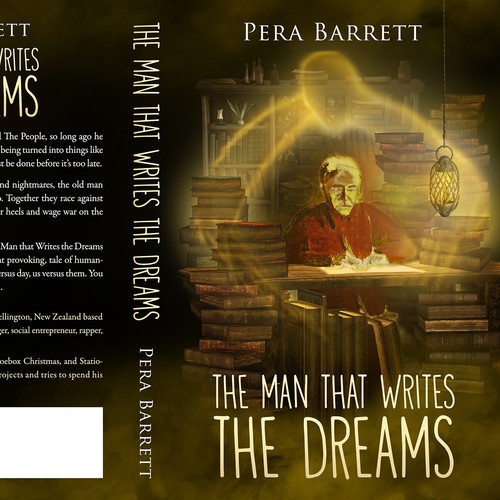 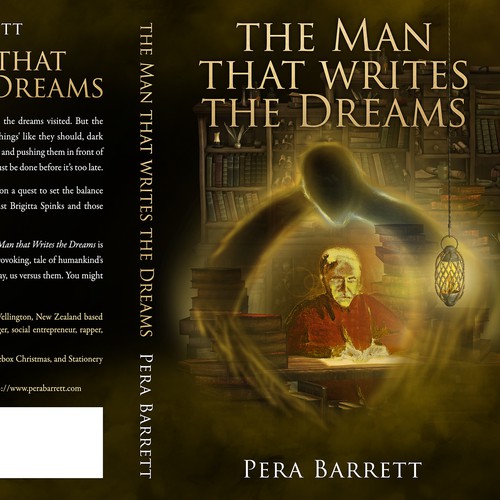 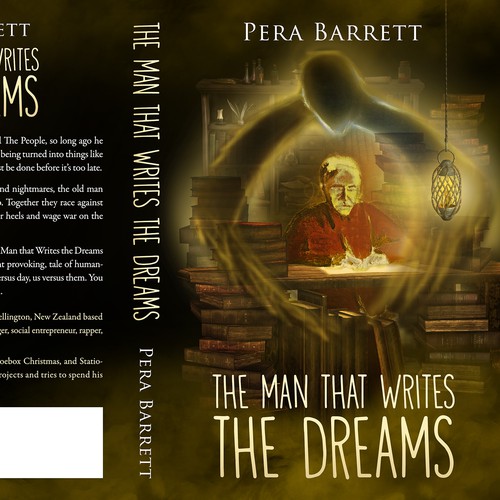 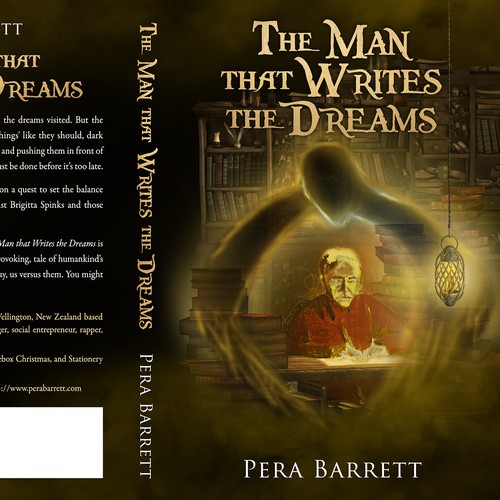 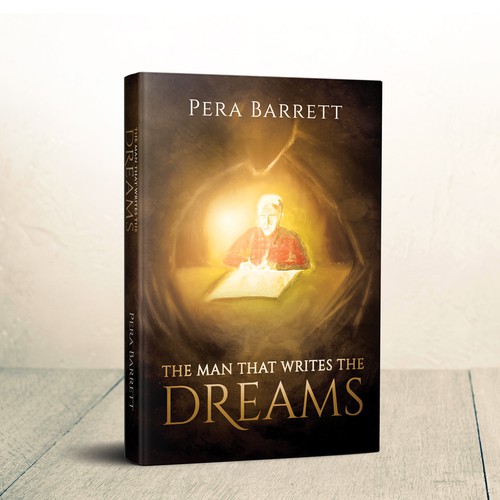 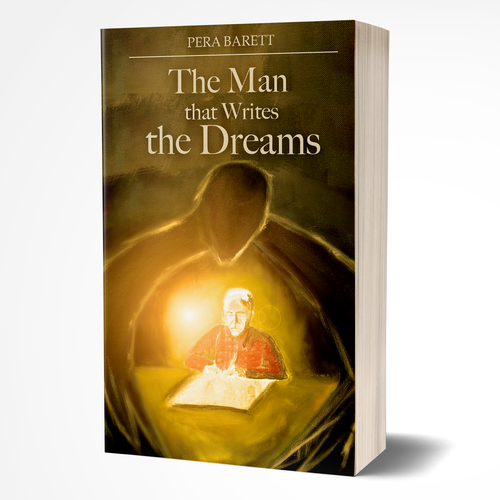 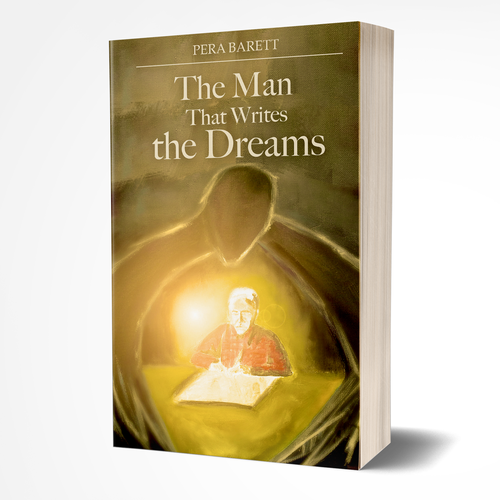 The Man that Writes the Dreams

Pera Barrett is a Wellington, New Zealand based writer, doer, father and husband. When he's not writing stories he runs http://www.shoeboxchristmas.co.nz, makes rap music, and works at a bank.

The book tells us that all the dreams we dream are written by an old man that lives in a room far away. He wears spectacles and a plaid shirt. He looks unexceptional and pretty ordinary.

He isn't usually seen. He stays in his room writing all the dreams to be dreamt.
It’s been a long time since the Old Man visited The People, but dreams aren’t being turned into reality and it's causing the nightmares to come in higher numbers than they should be.

He is on a quest to set the balance of Dreams and Nightmares right. Seeking a mysterious island, the strange Old Man races against Brigitta Spinks and her dark forces who nip at his heels, waging war against the dreamers in a struggle to tip the scales in the opposite direction.

At times dark, light, and everything in between, The Man that Writes the Dreams is an action packed, possibly true, definitely thought provoking, tale of humankind’s most epic battle. It is good versus evil, night versus day, us versus them. You might be surprised which side you’ve already chosen.

Young adults and adults. Male and female. The book has messages about the human spirit, positivity, and resilience.

The cover should be slightly dark, but more subdued than anything malicious. The old man is scary sounding when you first read about him, but then you realise he is really on the side of good. Here is the first chapter which sets the scene I would like somehow shown on the cover: http://beingherdad.com/man-writes-d…r-one-two/

I've included a bunch of covers that I think fit the mood of the book and a piece of art drawn about the story which I would like to be incorporated, either in imagery, directly, or elements of the image (it's the painting of the man in a red shirt sitting at the desk writing).