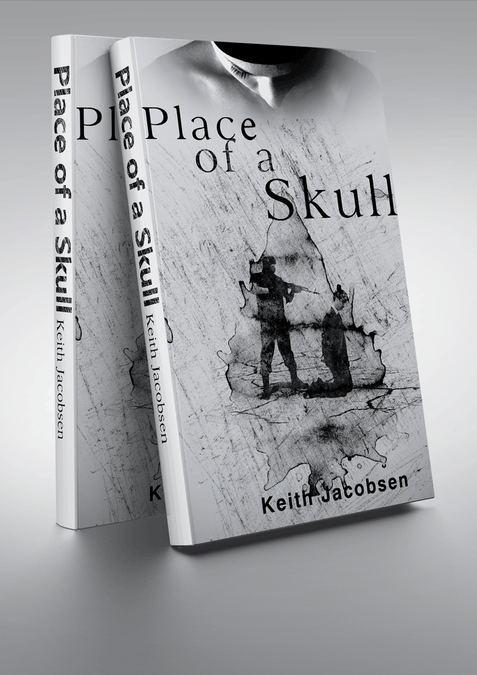 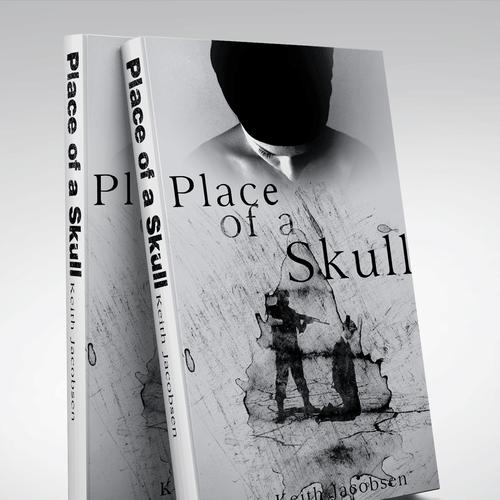 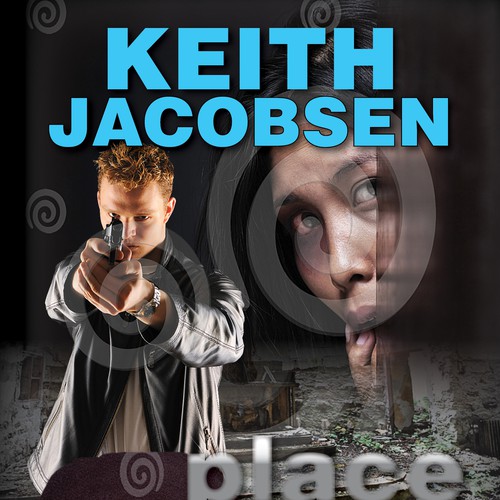 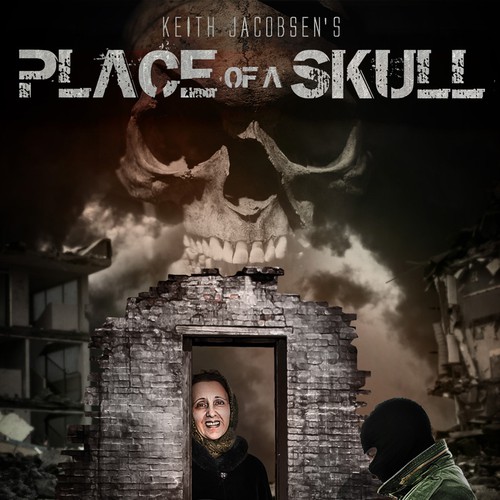 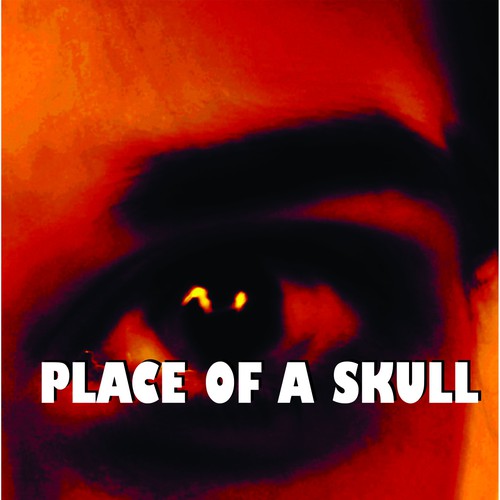 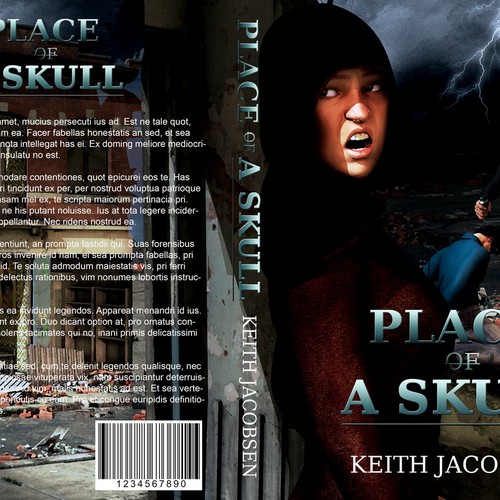 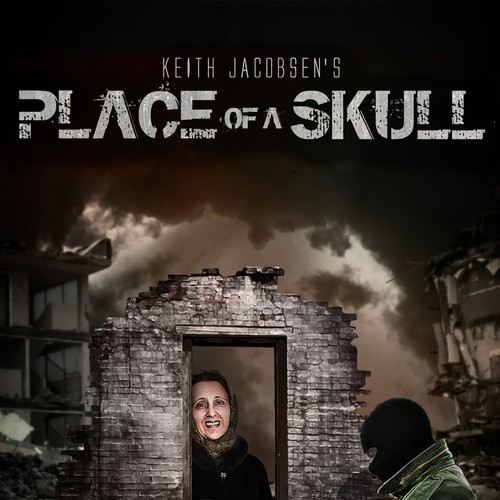 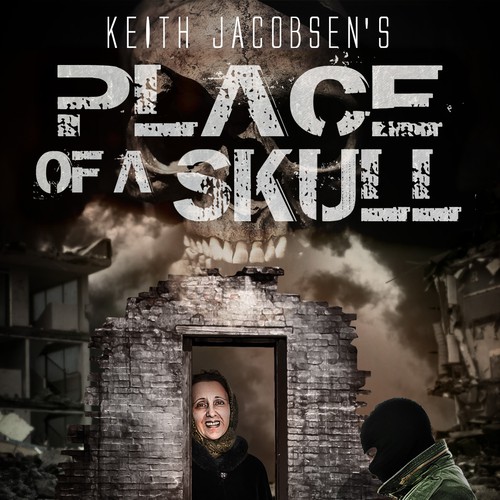 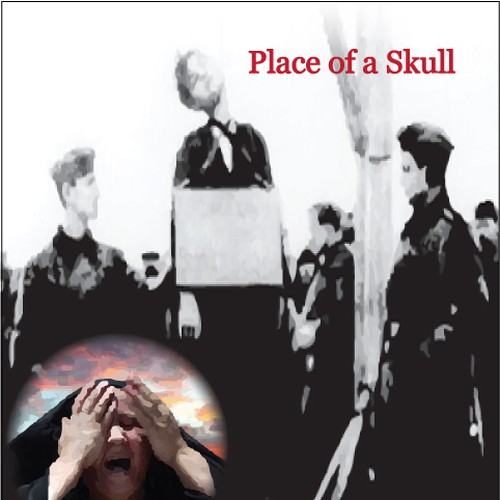 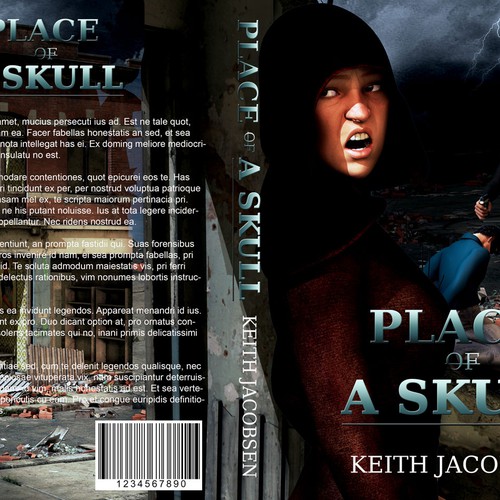 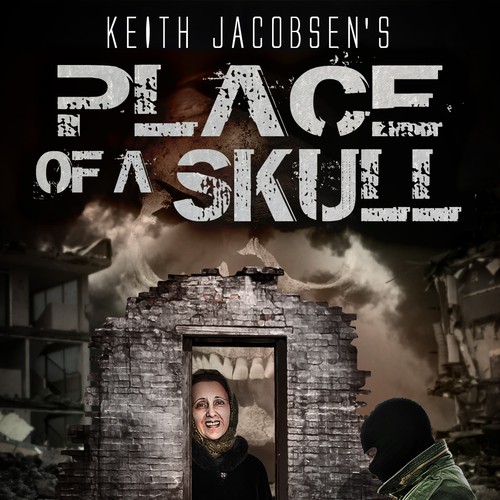 I require a cover design for a book entitled 'Place of a Skull', which is currently with a publisher in manuscript. Publication is due in spring 2013.

The book is fiction and can be categorised as psychological/mystery thriller with a historical background in the Troubles in Northern Ireland. It is about a family torn apart by the Troubles, in which an IRA member executes his own brother for betraying their father. Their mother is a witness to the killing. She reveals to the killer that she is the one he should have executed.

The cover should reflect the darkness and tensions of the storyline. I have in mind an image which shows the execution in progress, witnessed by the mother. A more detailed word picture follows.

The image should show a patch of waste ground covered in rubble from demolished houses. In the background are blocks of flats of brutalist 1960s design. It is evening, a storm threatening. There are three figures in the image. In the foreground is a woman, the most prominent of the three figures. She is middle-aged, wearing a dark coat and headscarf. Hiddden by the remains of a wall, she is watching a secret paramiltary execution a few yards away. A man, blindfolded, his hands tied behind his back, is kneeling by a hole in the ground. A second man, wearing a balaclava, holds a gun to the back of his head. Neither of the two men is aware of her presence. her expression and attitude convey fear and horror.

Further information about myself, and about the book and others I have had published or plan to publish over the next few years is available on my website at http://www.keithjacobsen.co.uk

Comienza ahora
Design the cover for a zombie-themed short story ebook
A$269
Fans of zombie novels, the Walking Dead, Shaun of the Dead.
45
entries
12
デザイナー数
Book cover on belonging for business owners looking for the edge in their marketing
A$399
CEO's, leaders, solopreneurs and experts in their field trying to create greater certainty in their business growth and
110
entries
21
デザイナー数
Superhero book cover to appeal to teens
$199
Middle and high schoolers, ages 12 and up, that love to read about superheroes
60
entries
23
デザイナー数
Book Cover Design for a Fantasy Novel about Mermaids
EUR 359
This book will be read by French speaking readers, mostly womens, between 20 and 35 years, maybe more.
49
entries
24
diseñadores
Murder at the Country Club
$ 1.199
Someone who enjoys Cozy Mysteries
65
entries
15
Designer
Exciting science-fiction novel for adults and kids
AU$ 1.099
Science fiction fans (anyone who watches Star Wars, Starship Troopers etc.), geeks, moms and dads, teenagers, it's quite
61
entries
10
designers
Más información sobre diseño de portada de libro o revista
Vea como funciona