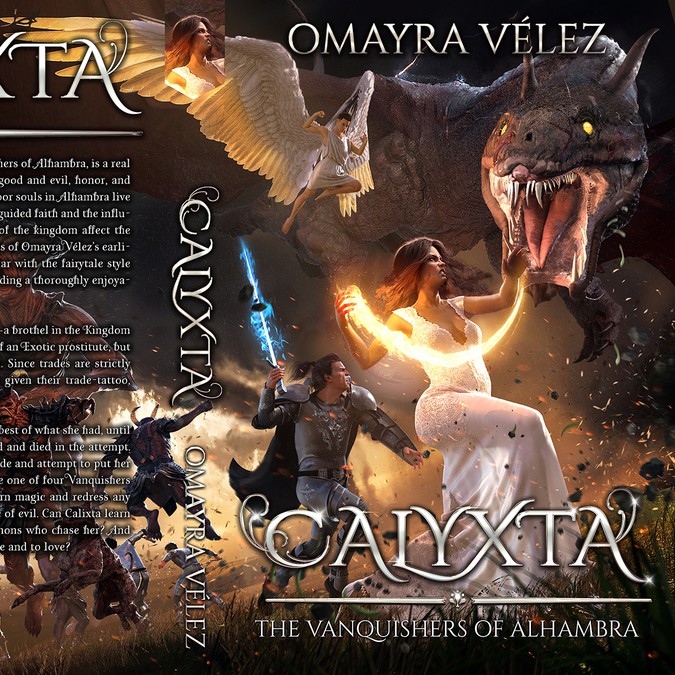 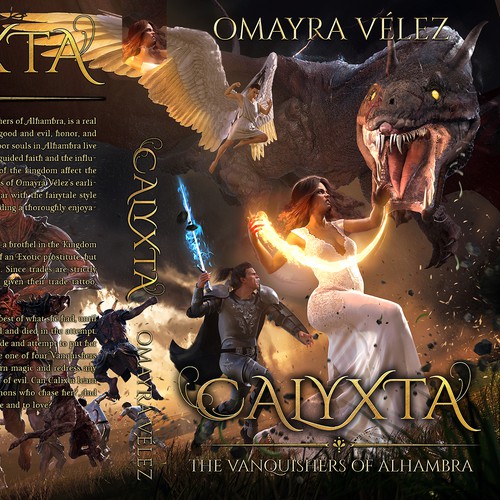 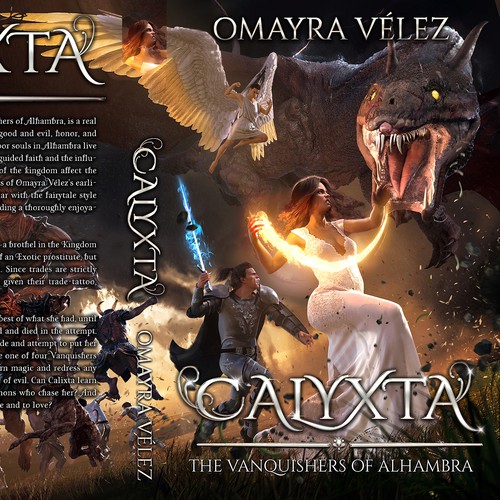 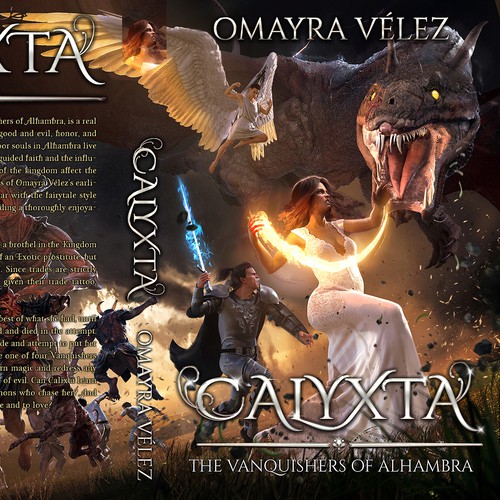 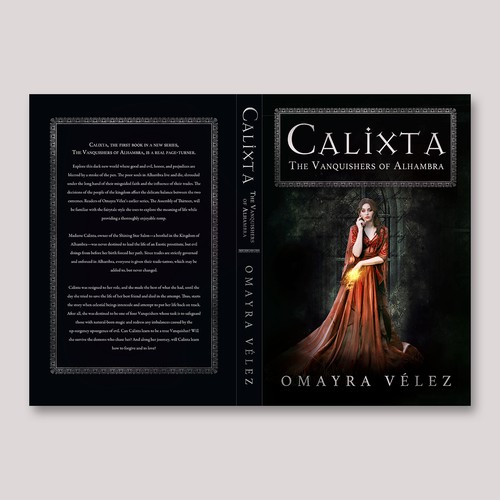 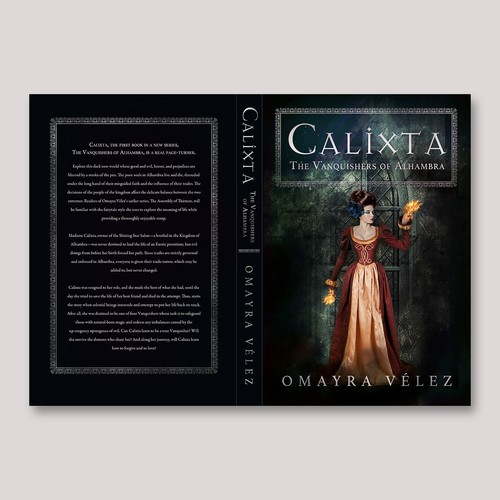 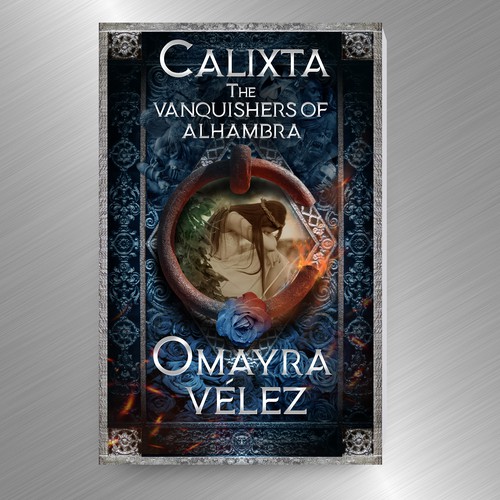 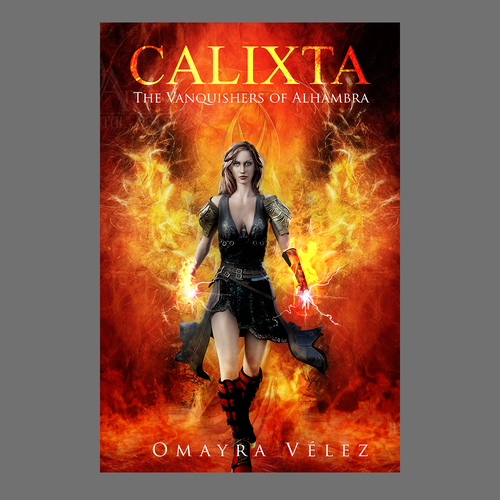 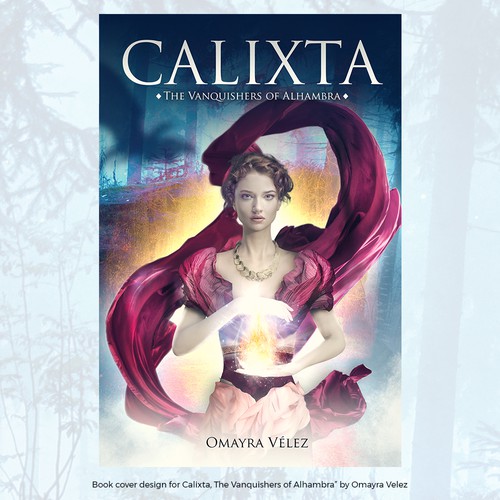 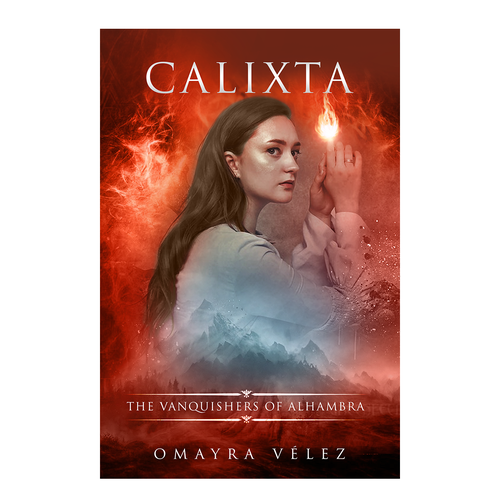 Calixta, The Vanquishers of Alhambra

Calixta, the first book in a new series, The Vanquishers of Alhambra, is a real page-turner. Explore this dark new world where good and evil, honor, and prejudices are blurred by a stroke of the pen. The poor souls in Alhambra live and die, shrouded under the long hand of their misguided faith and the influence of their trades. The decisions of the people of the kingdom affect the delicate balance between the two extremes. Readers of Omayra Vélez’s earlier series, The Assembly of Thirteen, will be familiar with the fairytale style she uses to explore the meaning of life while providing a thoroughly enjoyable romp.

Madame Calixta, owner of the Shining Star Salon—a brothel in the Kingdom of Alhambra—was never destined to lead the life of an Exotic prostitute, but evil doings from before her birth forced her path. Since trades are strictly governed and enforced in Alhambra, everyone is given their trade-tattoo, which may be added to, but never changed.

Calixta was resigned to her role, and she made the best of what she had, until the day she tried to save the life of her best friend and died in the attempt. Thus, starts the story when celestial beings intercede and attempt to put her life back on track. After all, she was destined to be one of four Vanquishers whose task is to safeguard those with natural-born magic and redress any imbalances caused by the up-surgency upsurgence of evil. Can Calixta learn to be a true Vanquisher? Will she survive the demons who chase her? And along her journey, will Calixta learn how to forgive and to love?

Female fantasy readers ages 25 and older, English speaking from the US and the UK.

use any requirements that will help me upload to Amazon, and IngramSpark

This is the first in a series of three books. This first book must be elegant and sexy and dark. The Main Character is a female with medium brown hair and hazel eyes. However, in the front, I want originality, if not I would have bought a pre-made cover. You can add a male character but it has to be in good taste. Follow examples from the Pinterest pinboard or ask questions. https://www.pinterest.com/mayas003/calixta/

No naked people, no evil-looking women, no women dressed in unusable armor. If the woman has a sword and is wearing armor and it has her almost naked, that is not the right image. She can have fire in her hands but here hair can't be any other color but brown.

color of hair of Calixta
This is what I mean when I say Elegance
in the book there are demons and in the end one demon turns into a dragon and it is something that looks like this, horrible and not like your typical dragon
I am showing this to give you ideas on the type of color combinations I like and that I like play in brightness and show of glow. Either you use glow on the font or on the image but It needs to be somewhere in the cover. I prefer the glow to go towards the name of the title of the book and the main image
This image is to show sexy but not errotic, soft but also with taste. I hate the cliché of today's fantasy covers with a woman in the front. be creative but sexy and elegant but also make a statement. Remember, you may sendup making all 3 covers, for all three of the books.
Again this one image is to show the color of Calixta's hair. She is not a red head.

Cover for Business Book - How to Succed FASTER
$299
Business Leader at a Fortune 500 Corporation
56
entries
16
diseñadores
Urban fantasy book cover for a new series
US$ 399
Women, aged 25-54, USA/UK/Canada/Australia. They are also fans of Kim Harrison, Faith Hunter, Seanan McGuire, and the ea
81
entries
29
designers
Design a fantasy novel cover for a book about blood magic.
GBP 159
It would be a mostly female audience from the uk/ us. The book has romance and royalty elements so it mostly appeals to
83
entries
31
diseñadores
InsideOut - Creation Speaks!
329 $US
The target audience is usually 30-60 yrs old and either "outdoorsy" or "hippyish".
51
entries
22
designer graphistes
I need an eye catching ebook cover for my LitRPG story
US$199
People who are interested in role-playing games and the LitRPG (or Gamelit) subgenres of Science Fiction and Fantasy.
47
entries
21
diseñadores
New Cover for Amazon Bestseller Dystopian Book "Fever Rising"
$499
Young/New Adults into dystopians and sci-fi/fiction.
58
entries
14
デザイナー数