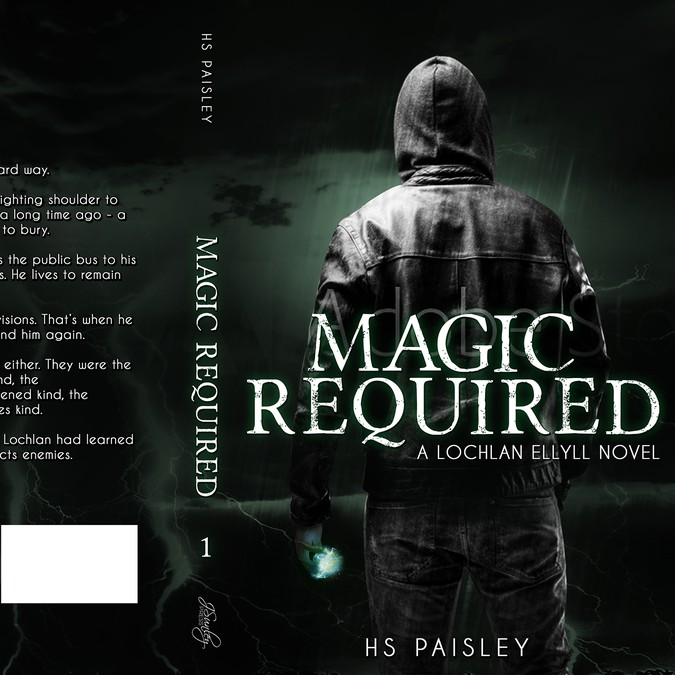 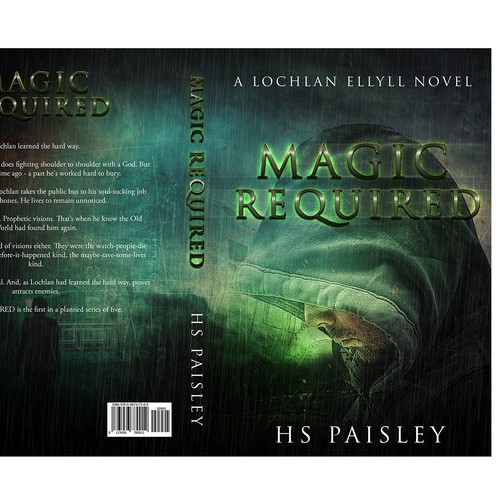 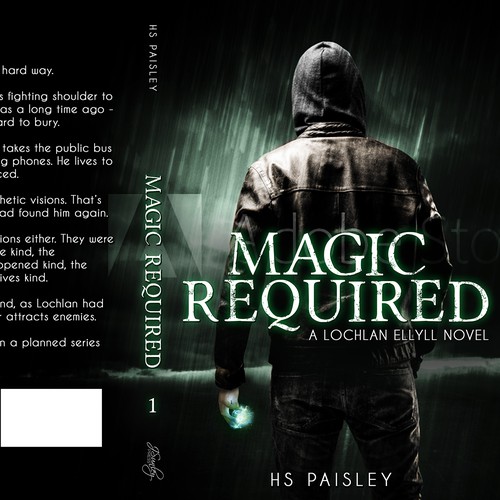 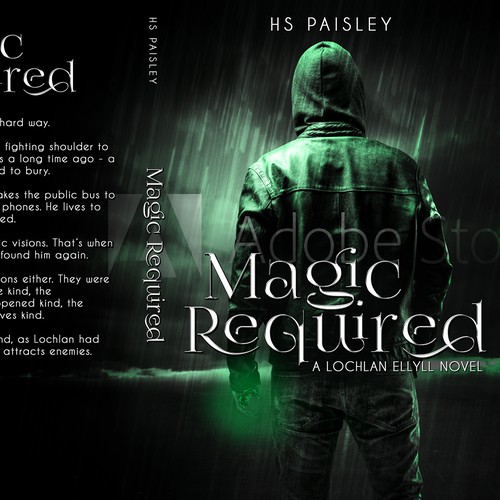 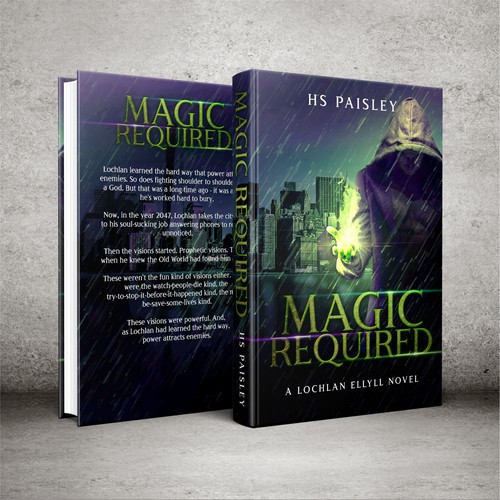 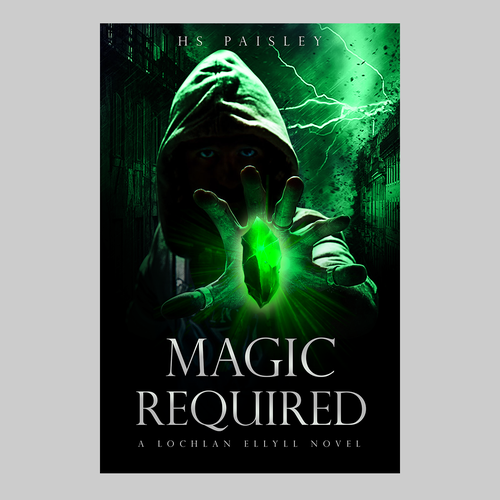 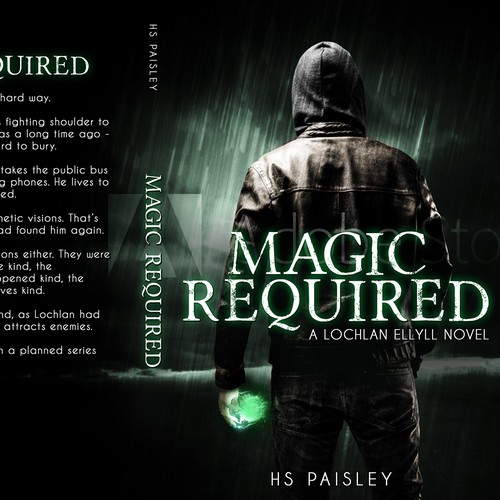 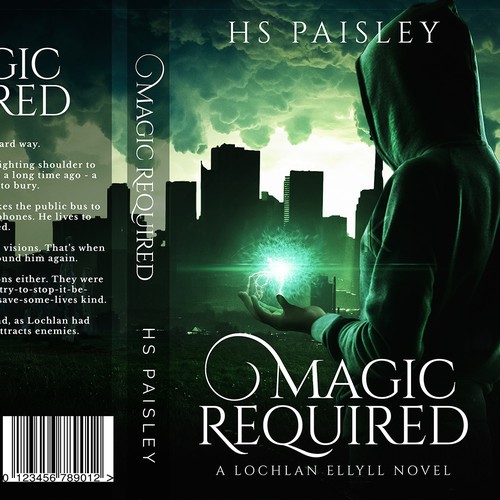 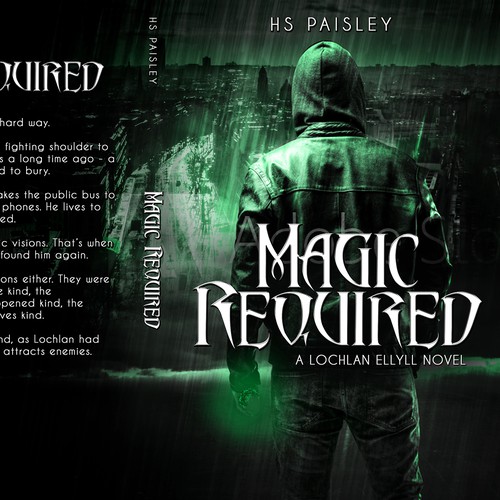 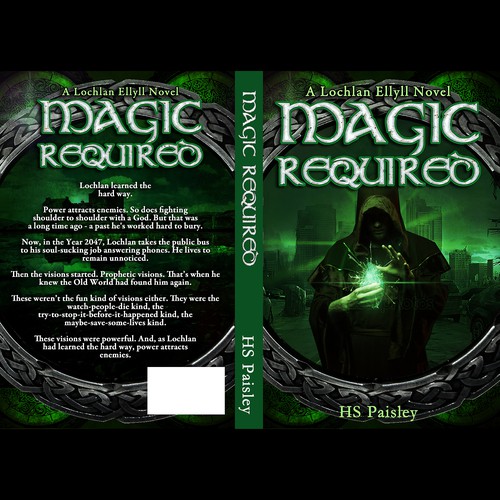 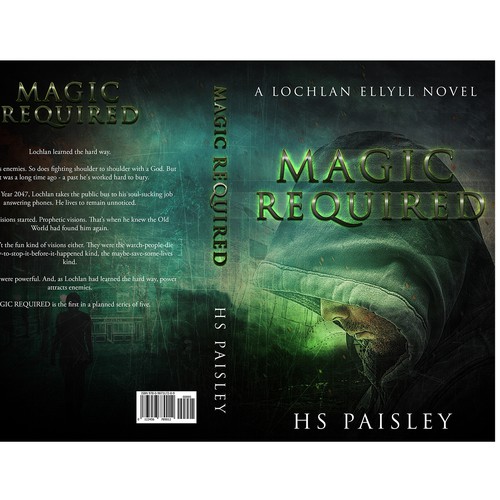 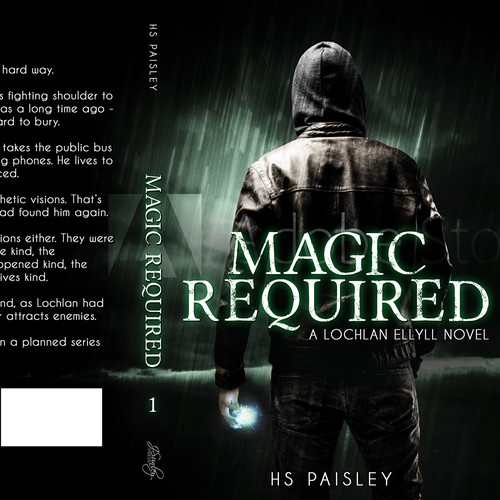 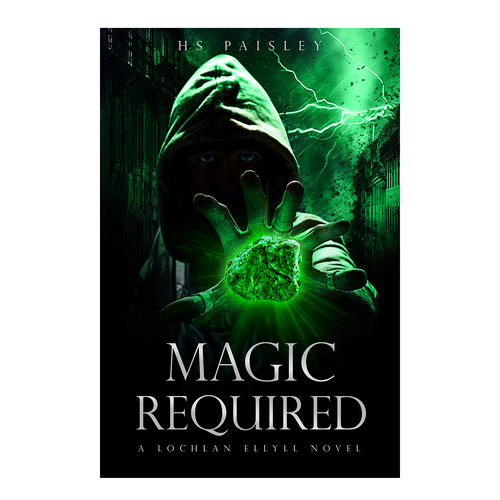 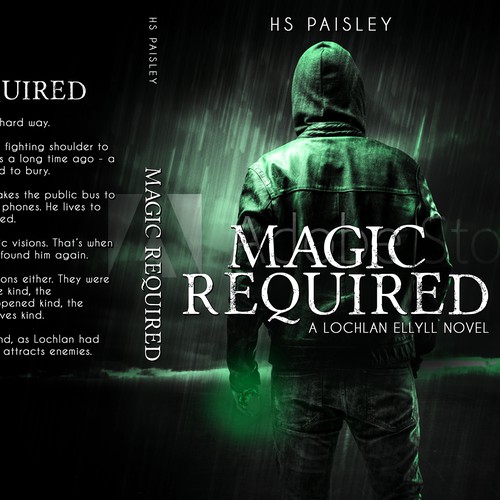 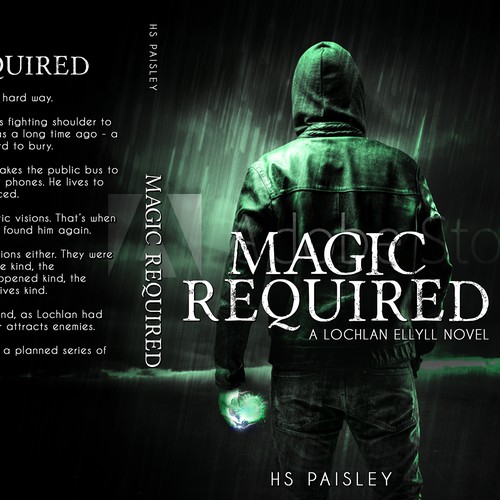 I am a Hufflepuff, Canadian and professional basketball player living in France.

Power attracts enemies. So does fighting shoulder to shoulder with a God. But that was a long time ago - a past he's worked hard to bury.

Now, in the Year 2047, Lochlan takes the public bus to his soul-sucking job answering phones. He lives to remain unnoticed.

Then the visions started. Prophetic visions. That’s when he knew the Old World had found him again.

These weren’t the fun kind of visions either. They were the watch-people-die kind, the try-to-stop-it-before-it-happened kind, the maybe-save-some-lives kind.

These visions were powerful. And, as Lochlan had learned the hard way, power attracts enemies.

MAGIC REQUIRED is the first in a planned series of five.

Grown up Harry Potter fans who know what house their in. 15-35 year old nerds who may or may not be able to list of either Firefly or Buffy episodes.

The way one colour, in different shades, is used with black
No distinct face but still a person on the cover.
Not many colours but still stands out.
This one seems on genre for my novel

I am open to anything but have an idea of a man reaching for a stone with the stone in the foreground. The man would be my main character, Lochlan. He has the build of a swimmer, he wears thick square glasses. He has black hair and bright green eyes.

Book cover for book about a wild adventure into inner exploration.
€ 359
Mainly women between 25-45 who love to travel and have become interested in spirituality, wellness or other alternative
88
entries
25
designers
Book on Spiritual Healing Requires Original Cover Art
239 £GB
People how are interested in the natural world, ancestry, shamanism, and shadow work. Equal gender split, 35-65yrs,
29
entries
11
designer graphistes
We Are Sew Powerful Cover Contest
$299
seamstresses
219
entries
31
diseñadores
Design book cover in Russian
US$ 299
Most of the readers are well educated women 30-50 age old, with interest in self-help, psychology, spirituality and New
34
entries
5
designers
A man who is a business man by day and gangster at night. Show the man's duality.
US$ 399
Ages 18 to 65, both black and white, male and female from the inner city to suburbia. This book has violence, romance an
21
entries
4
designers
eye-catching, modern, fresh and yet serious design for a non-fiction book
359 €
- Women who want to make a career - working mothers - Companies that want to promote women in management positions -
50
entries
14
diseñadores