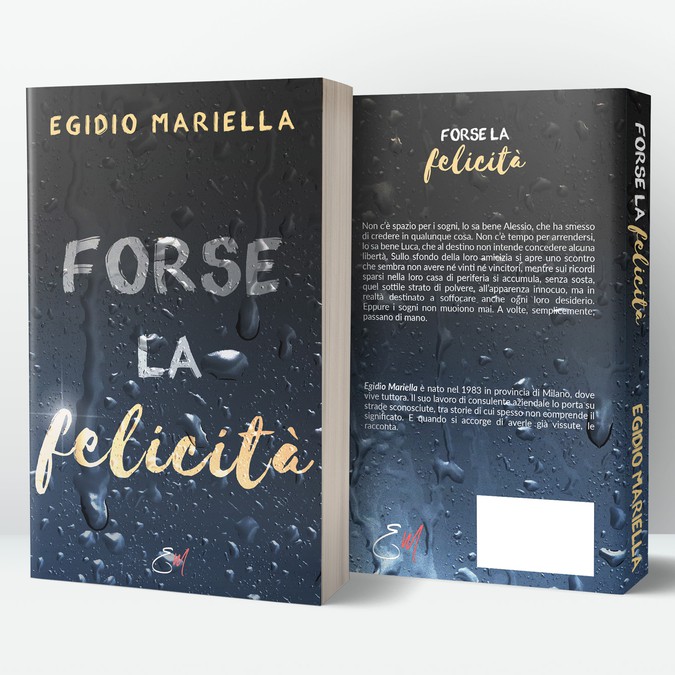 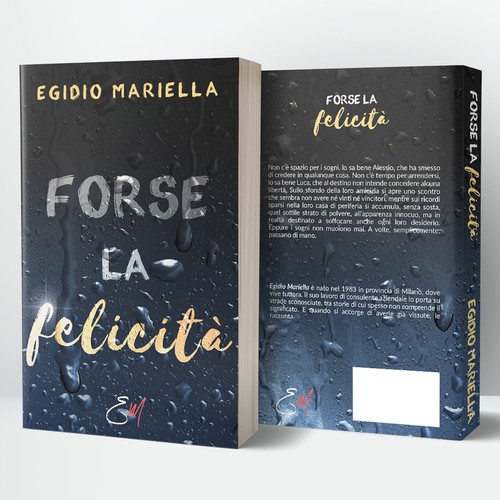 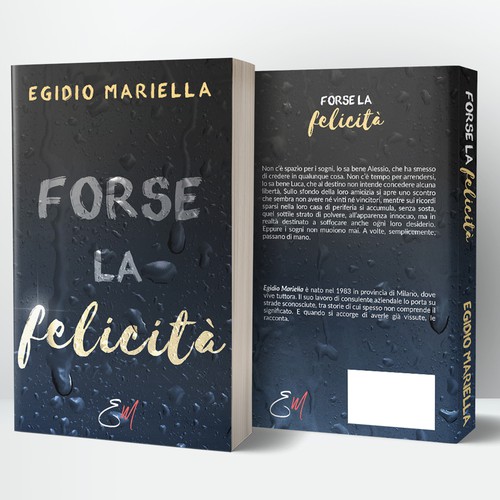 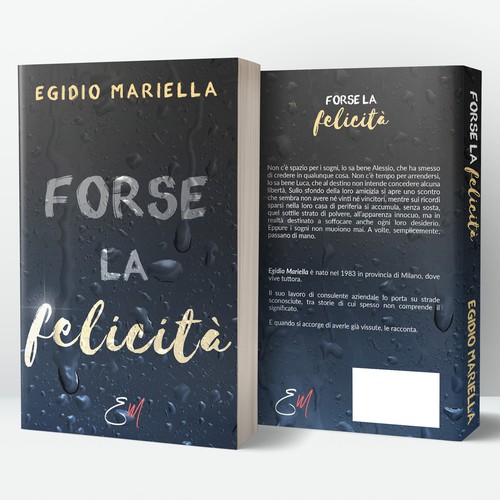 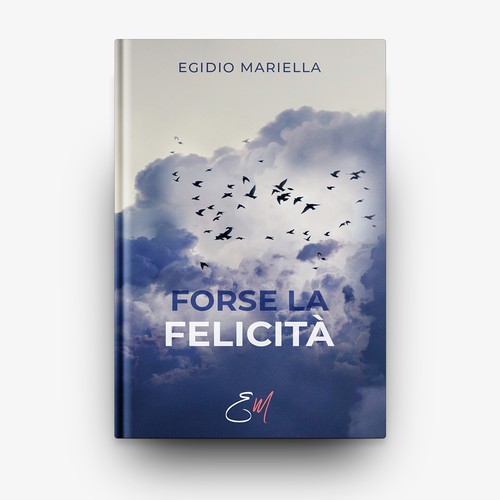 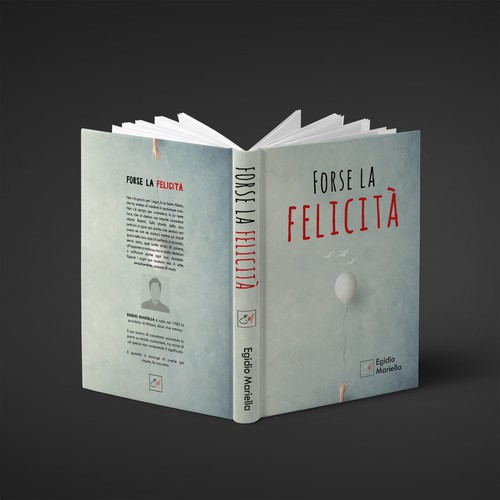 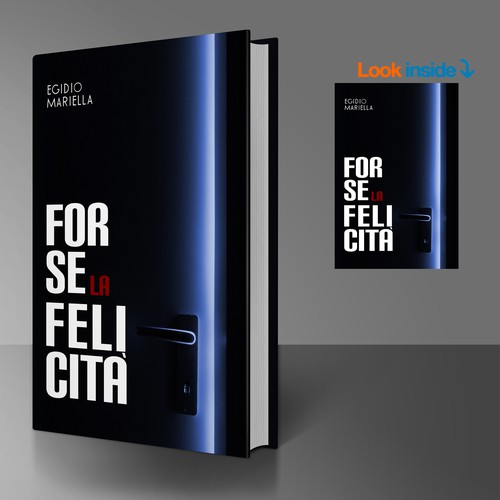 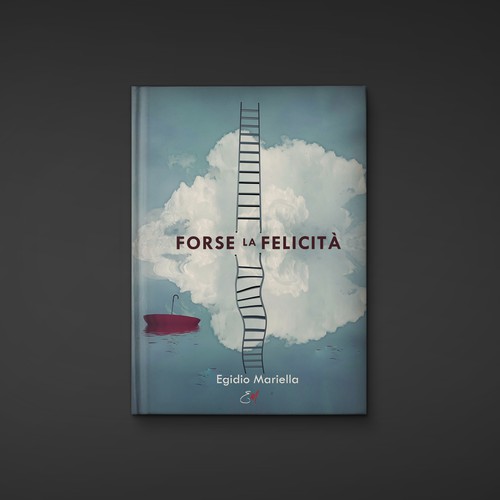 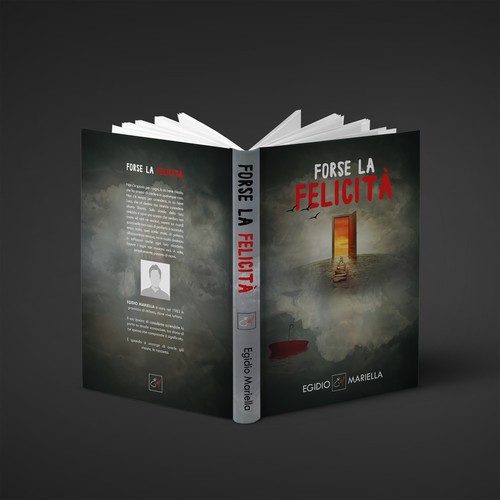 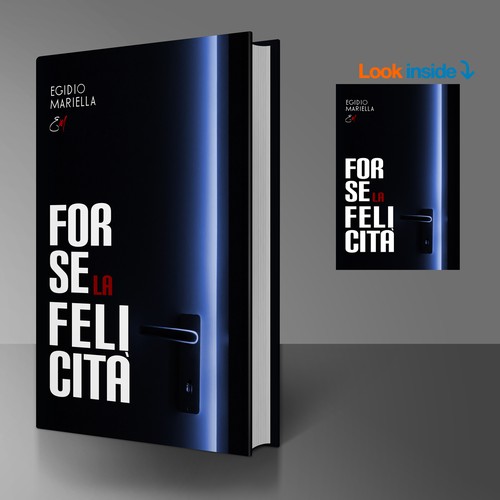 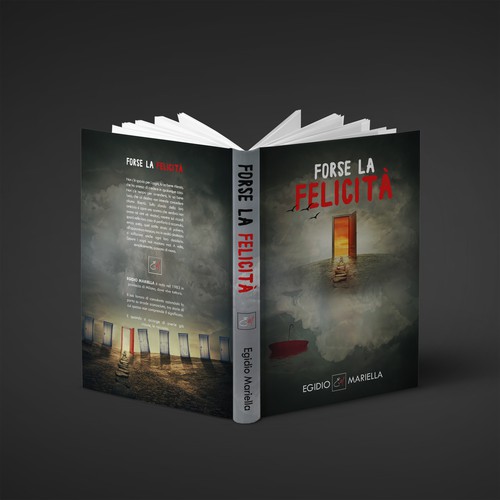 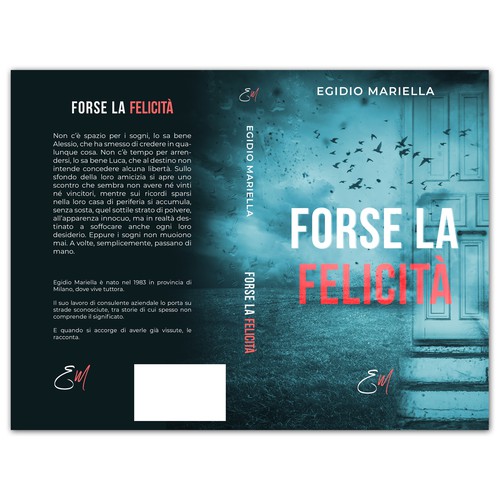 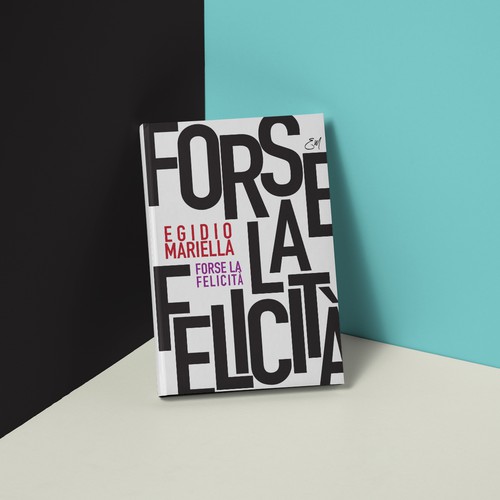 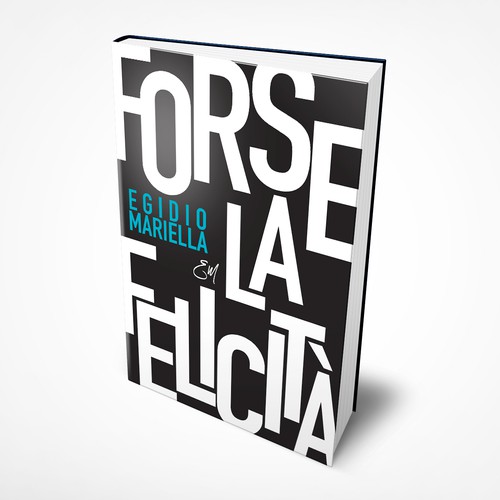 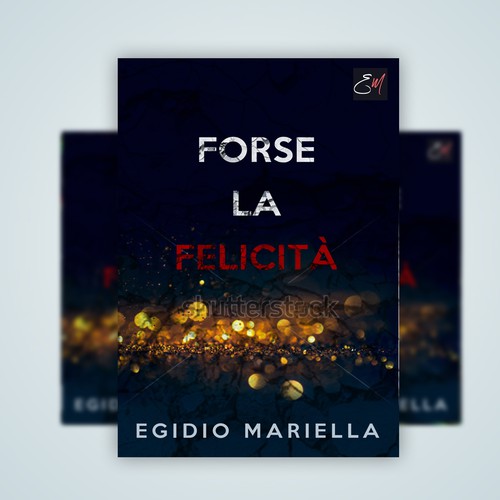 I'm a self-published author and this is the first novel I'll publish in both ebook and paper format.

THE STORY:
Is the story of two thirty-year-old friends who have come to an important point in their life to start asking important questions about life, love and relationship.
One of them is now disillusioned and no longer believes in anything. The other still believes that true love can exist. The story unfolds
on a series of dialogues and clashes between the two, alternating with their experiences with various women. At the end, the sudden incident
of one of them convinces both of them to believe in love and try to initiate a new relationship.
But doubts about the existence of true happiness remain.

I think the potential readers of my book are men and women between the ages of 20 and 40.

I start by saying that I do not have a precise idea of how this cover should be created. The main topic is the pursuit of happiness: I believe it is an argument that can be interpreted in a thousand different ways. I have in mind some "guidelines" (which are NOT binding; I will greatly appreciate those who will propose their own idea, even if different, because I have no experience in this area) that I hope can help:
- the story is centered on relationships and love, but I do not want this element to be prevalent on the cover, because I do not want to risk being interpreted as a romance novel: the main element it must be happiness. In particular, the concept according to which happiness can also arise from unexpected situations, sometimes sad or painful, should shine through.
- I would like the cover NOT to include: faces, people, hearts, candles. In other words, I would like it to represent the concept in an abstract way.
- I would prefer that dark colors prevail rather than light colors
- The basic idea could be based on a play of light and shadow, but it isn't said that it is the best choice (as I said before, I hope in some original proposal).
- Not ideas on fonts to use but I would exclude any type of italics.
- The structure of the cover that I would have in mind (which, like everything else, is NOT binding) is formed in this way: top the name of the author, in a "clean" (for example Montserra); in the center a symbol, an image, something that recalls the concept of happiness, the difficulties of its research and the fact that it can also come from pain or sadness (it must be something unique and original); below the title, with a character of your choice and with significantly larger dimensions than those used for the name of the author (probably the word "FELICITA'" may have a different color than the words "FORSE LA")
- It would be useful to have a "symbol" on the front cover . IMPORTANT: The logo to use is attacched (EM). It is only possible to change the color if necessary.

As I said, please feel free to branch out however you feel would benefit
the cover, as long as the basic ideas provided by me remain the focus.

Any question please ask and I will add more details as I become aware of them.

- The cover needs to be usable for both a physical book and an eBook, so it should also be designed to fit Kindle best quality image requirements (2.560 x 1.600 pixel)

DELIVERABLES:
The winning designer will be expected to deliver the following items:
1) The source files you used to create the cover document (e. g. Photoshop), included logo, as I
will need to translate the book in other languages (in other words, all the covers must
be editable).
2) The font you used.
3) The front image of the cover on a transparent background as I'll use it for marketing.
4) The cover in the following formatting:
- I will need the PSD for translation in other languages
- 1600x2500 pixels at 300dpi. Height/width ratio 1,6:1
- The spine, front cover and back cover in a single pdf (300dpi or more).
It must be free of any writing part. No title, no names, no description.
Juest the simple and plain cover.
- A standard one suitable for print at 300dpi.

The author of the selected cover will be mentioned in the book, with his real name and surname.

Thanks!
=====UPDATE=====
After receiving some proposals, specific aspects.
I consider it essential that the images on the cover, besides being original (I exclude a simple photo with the title and the author above), must have at least one of these two elements:
- have a connection with the plot (the story is set in the suburbs and the scenes are mostly in the evening: this could be a useful element, and one of the key scenes presents the breaking of a shell-shaped ceramic ashtray: this could also be useful, even if, I believe, less than the first point);
- alternatively, it must represent the meaning I have described, which is NOT the happiness achieved and NOT the loving encounter between two people, but it is the constant pursuit of happiness, always with the doubt that it can really exist.
I hope that what is indicated can be useful and I thank all those who have sent their proposals up to now.

I would like the cover NOT to include: faces, people, hearts, candles.

What is your idea of a powerful ebook cover for this book?
SGD 279
Women and men, but mainly women age 28 to 58, single or in a relationship. No specific location.
99
entries
19
diseñadores
Political History Book for high level policy makers
US$ 299
Diplomats, Senate and Congress members, Minister’s, Head of missions, Policy makers, University Faculty, University Scho
109
entries
24
designers
#1 NYT Bestselling author of Chicken Soup for the Soul's new book to uplift people in hard times
US$ 799
Men and women 27-87. Adults, any gender, any race, any location. This is a book to help people needing positivity and ar
199
entries
38
designers
Simple Chess-inspired Sci-Fi/Space Fantasy Cover
US$ 199
Young adults, adults 13+ Fans of Star Wars, Hunger Games, Star Trek
39
entries
17
designers
Simple Strong Typography Book Cover
AUD 399
152
entries
47
diseñadores
Science, Faith and Scientists
US$ 299
Advanced high school and college students, practicing people in the STEM areas, and anyone with an interest in the curre
42
entries
14
designers