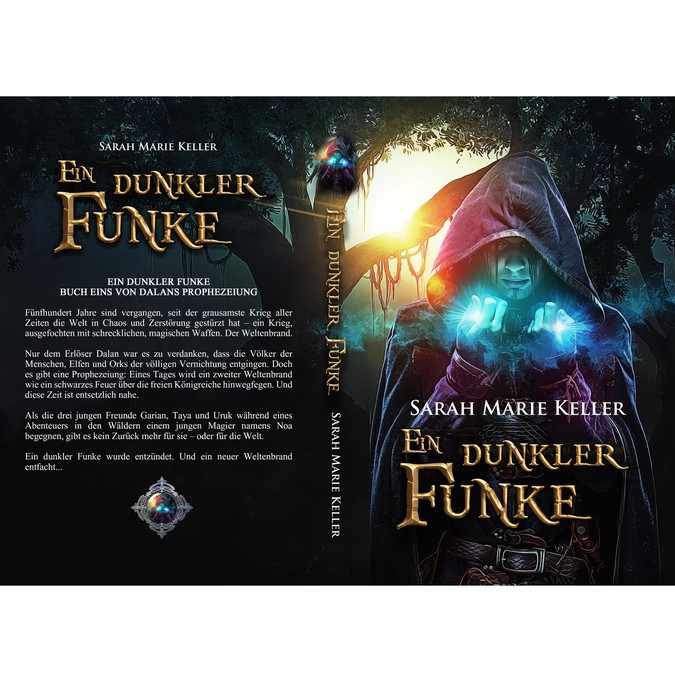 Cover for a young adult fantasy novel (first in a trilogy) 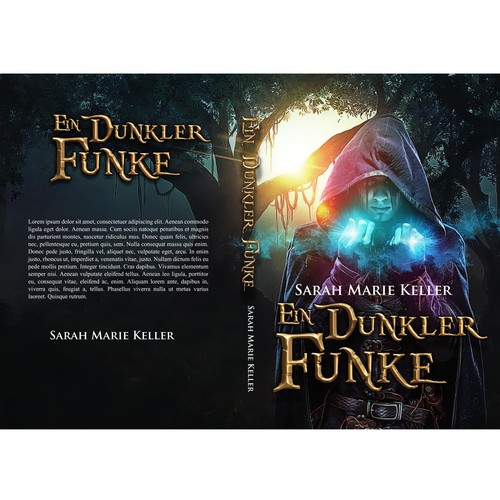 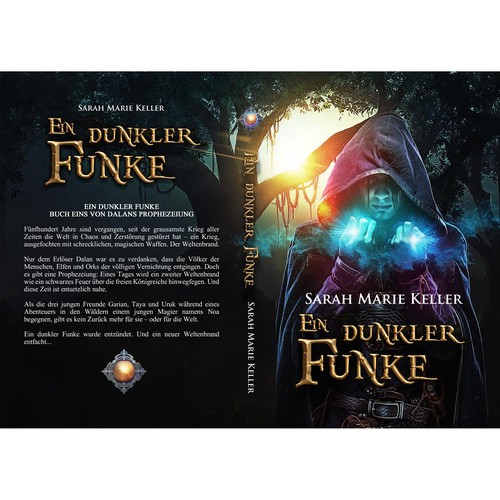 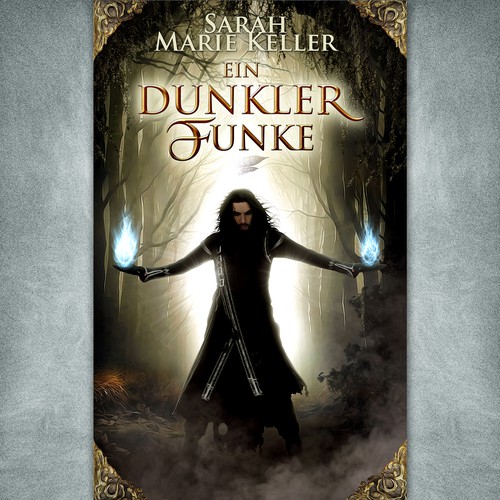 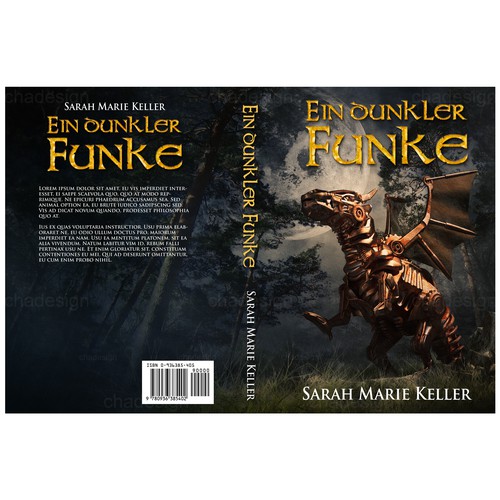 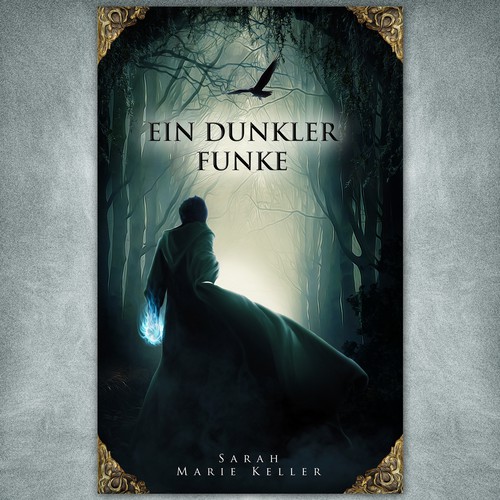 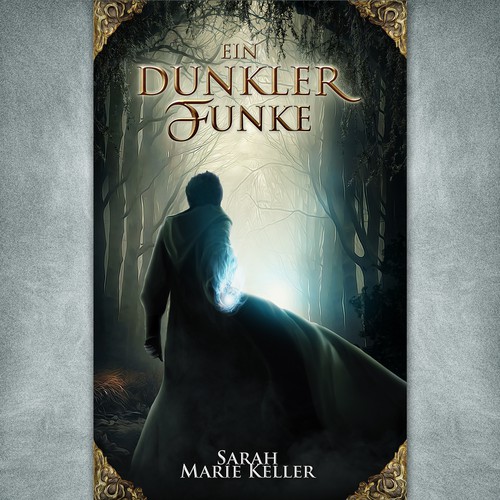 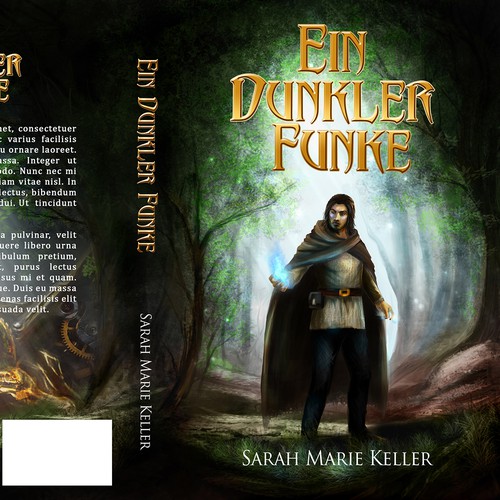 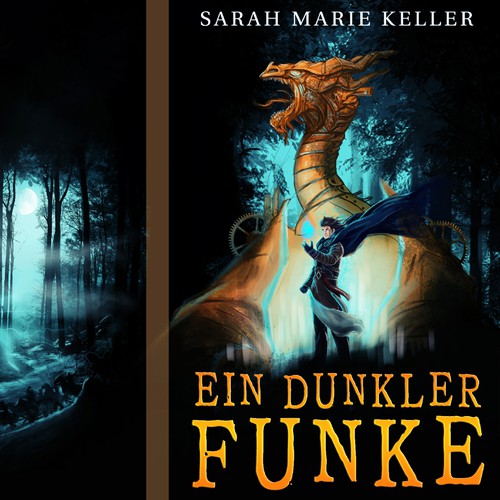 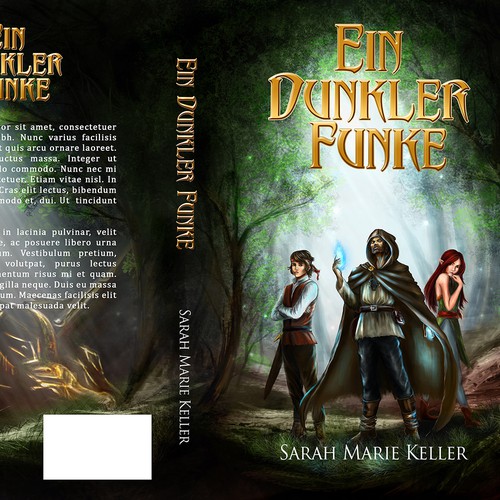 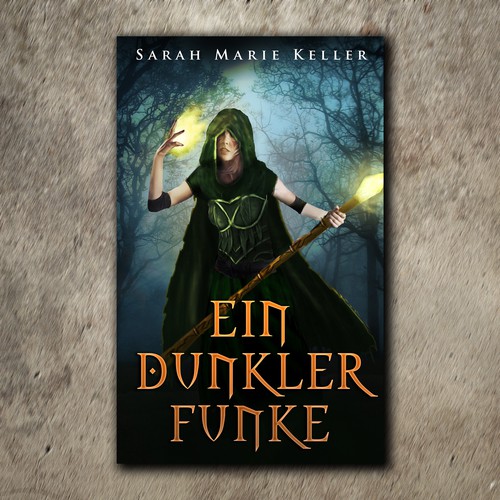 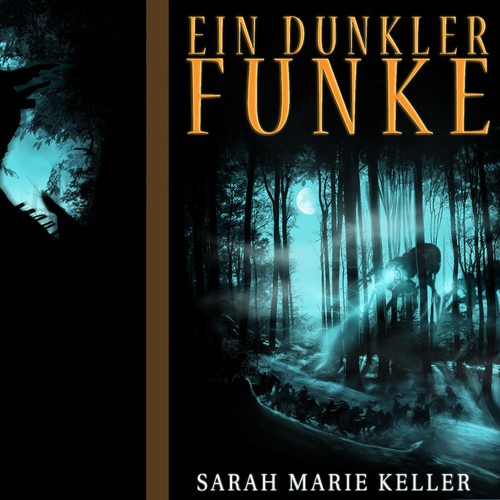 I´m searching for a new cover for an older novel of mine. Nothing wrong with the old cover, I´m just hoping a new cover will give the book some new attention.

Oh! And it´s a first in a trilogy, so there will be follow up jobs. Two at least ;-)

I don´t have a specific theme or image in mind. Something that says "epic adventure" would be nice. The target audience likes Eragon, Lord of the Rings (as you may have guessed from the description above).

It can be an illustration or something more stylized - but the end product should be a beautiful book, that people want to take out of the shelf and lose themselves into.

I´m aware that´s not exactly useful for you artist, for it´s all quite vague. Perhaps this helps:

Here´s a list of characters and images from the novel:

- a giant steam powered war machine in the shape of a dragon, rusting away in a forest.

- a rugged mage, in his late twenties. Good looking, but unshaved, with long brown hair, with humour and a slight aura of arrogance. He´s dressed in an battered down cloak. He´s a traveller and seen much of the world. His speciality is a blue flame, which he can manifest in his hand.

- a boy, around sixteen. Looking to become a knight. Brave, but a little unsure of himself. Wearing a headband, brown, middle long hair.

- an elven girl, around sixteen. Red Hair, green eyes, with slitted pupils like a cat. The boys adopted sister. She is a newly awakened mage, but afraid of her powers.

- a young orc boy. The orcs in the book are the good guys, and dark brown not green. Their faces are often described as piglike, with small tusks coming from their mouths. He´s a bookworm, this world´s equivalent of a geek and a bit of a coward, even if his heart is in the right place. He´s the best friend of the boy and girl and smaller than both of them.

- knights dressed in black armor (they´re the good guys too)

- a battle between giant spiderlike war machines and black armored knights on horses. Think War of the Worlds meets Game of Thrones.

- Mysterious mages in white cloaks with wide hoods, wearing silver armor plates on their shoulder. They´re the bad guys, the sinister power behind the throne.

- a renaissance style city with a great habor, where several races live together. It´s the home of our heroes and featured quite prominently.

I´m looking forward to your designs! If you have any questions, ask away!

Book cover for non-fiction
$199
Therapists or people interesting in treating certain symptoms using Dialectical Behavior Therapy.
289
entries
19
diseñadores
Design first-ever Eco Bible book cover
$500
We intend this book to be bought and read by Christian readers as well as Jewish and secular ones. Most readers of the b
223
entries
32
diseñadores
Design a book that will inspire people to sit and enjoy silence
US$ 399
Age 16-50, Global population
168
entries
43
designers
Book cover for the true story of a Get Money and Do Good family
$499
35-65 adults- male/female- interested in capitalism/business, family- traditional and non, and leaving a legacy. Likely
98
entries
19
デザイナー数
The Death of Neo-Darwinism
$199
This is a hot topic and would be of interest to anyone in the academic community regardless of the discipline.
26
entries
11
diseñadores
Minnesota Cabin scene to appeal to women who like love stories
$399
Female, USA, 18-50
142
entries
27
diseñadores