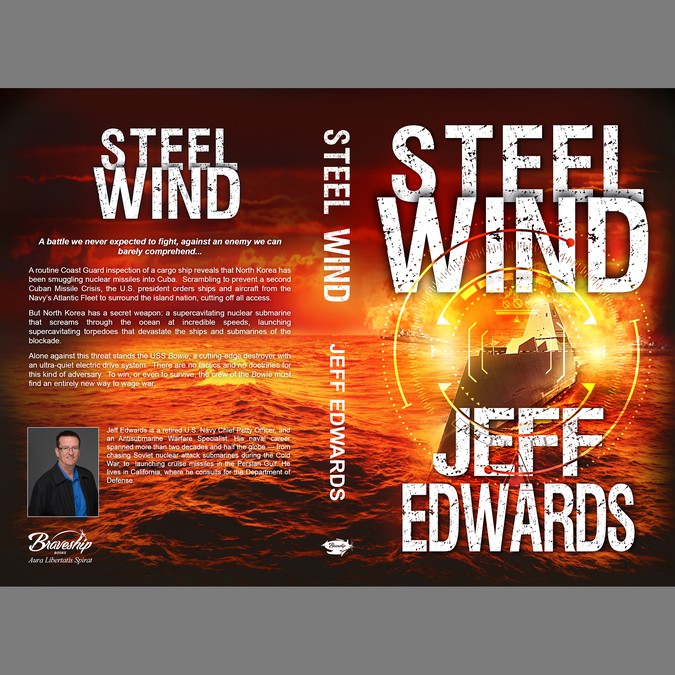 Create a badass cover for an action thriller novel about U.S. Navy warships. 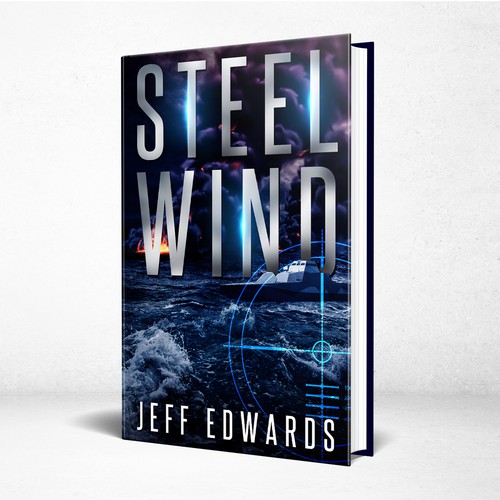 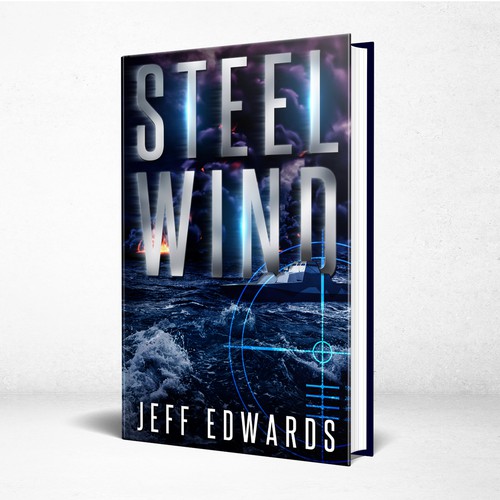 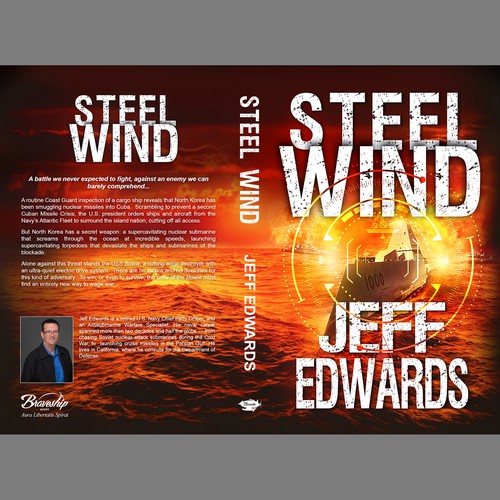 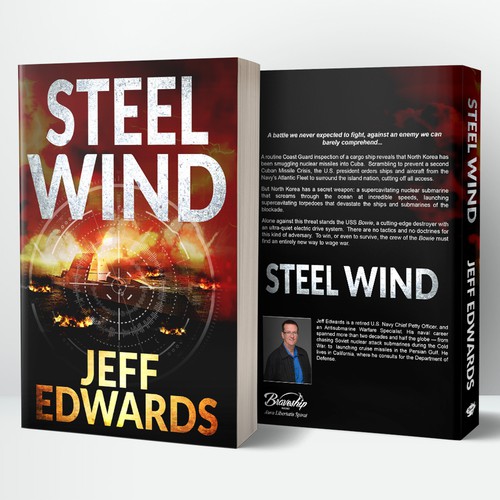 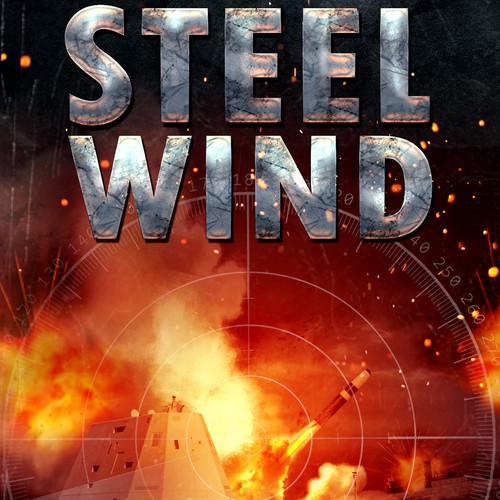 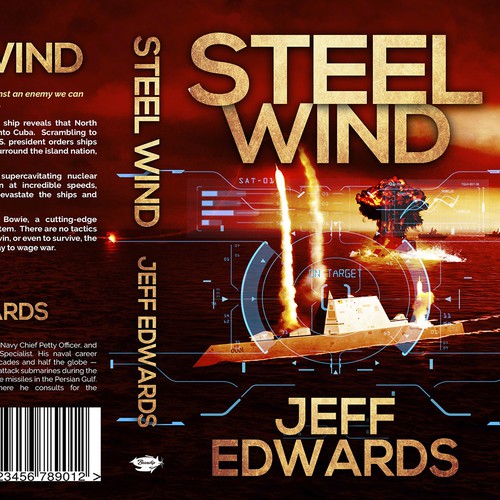 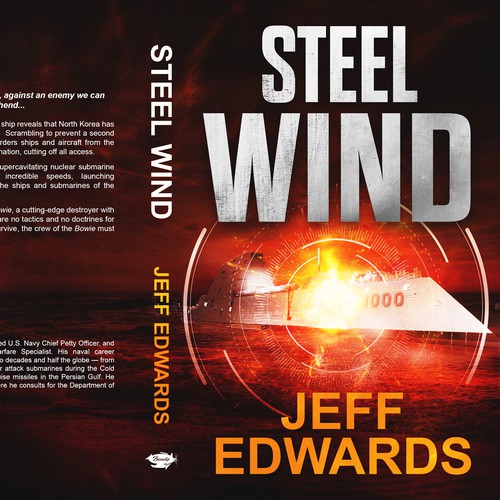 Jeff Edwards is a retired U.S. Navy Chief Petty Officer, and an Antisubmarine Warfare Specialist. His naval career spanned more than two decades and half the globe — from chasing Soviet nuclear attack submarines during the Cold War, to launching cruise missiles in the Persian Gulf. He lives in California, where he consults for the Department of Defense.

A battle we never expected to fight, against an enemy we can barely comprehend...

A routine Coast Guard inspection of a cargo ship reveals that North Korea has been smuggling nuclear missiles into Cuba. Scrambling to prevent a second Cuban Missile Crisis, the U.S. president orders ships and aircraft from the Navy’s Atlantic Fleet to surround the island nation, cutting off all access.

But North Korea has a secret weapon: a supercavitating nuclear submarine that screams through the ocean at incredible speeds, launching supercavitating torpedoes that devastate the ships and submarines of the blockade.

Alone against this threat stands the USS Bowie, a cutting-edge destroyer with an ultra-quiet electric drive system. There are no tactics and no doctrines for this kind of adversary. To win, or even to survive, the crew of the Bowie must find an entirely new way to wage war.

Target readers for this book are fans of Tom Clancy, Stephen Coonts, and Brad Thor.

I need a book cover for a naval warfare novel titled ‘Steel Wind’ by Jeff Edwards. The story centers around a high-tech stealth warship and the crew who takes the ship into combat. The book is set six or eight years in the future, so the look should be cutting-edge without crossing over into the realm of science fiction. The closest real world ship would probably be the USS Zumwalt (DDG-1000).
Because we want to imply action/combat, I like the idea of superimposing high tech crosshairs or other cool looking targeting markers over the ship, but I’ll be quite happy if you find an alternate method of getting the idea across.
There’s quite a bit of naval combat in the story, and a lot of the ships get destroyed. You can use a few burning/sinking ships in the background if you want to.

The text on the front, spine, and back covers should be set as separate layers, so that I can edit the wording as marketing strategies for the book change over time.

I’m uploading a Photoshop template that is already sized for the book.