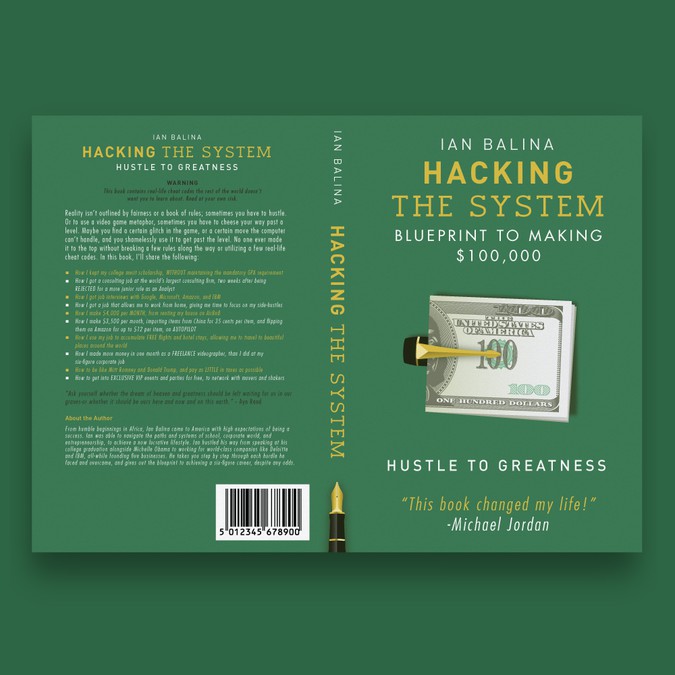 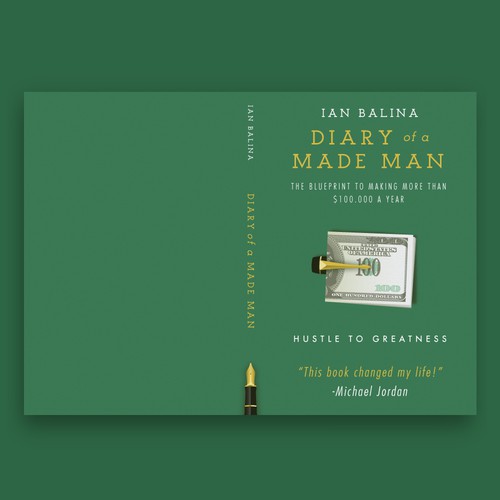 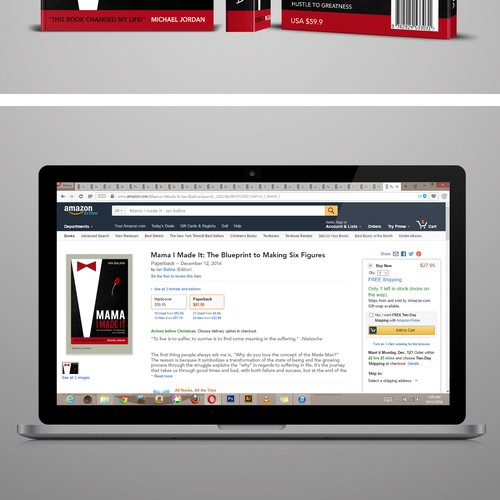 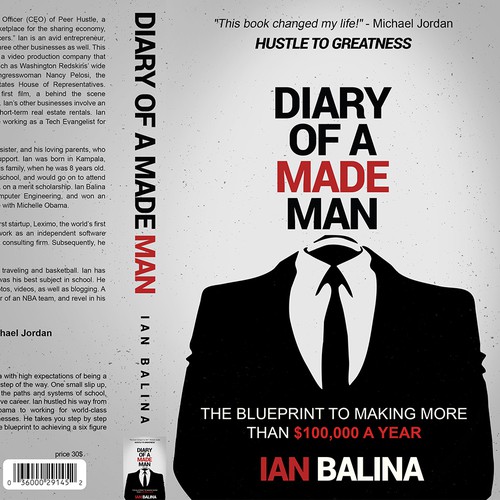 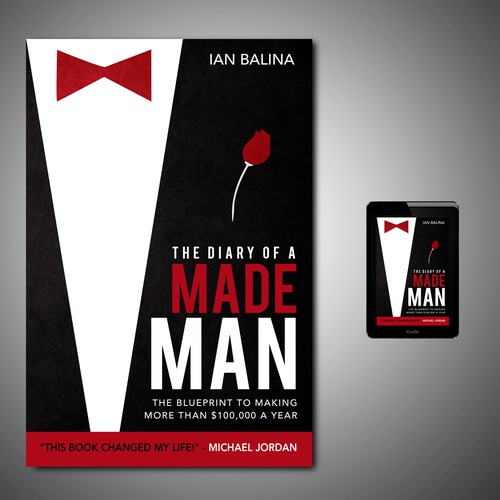 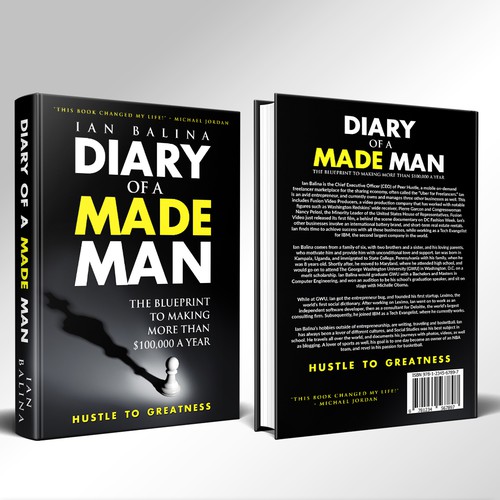 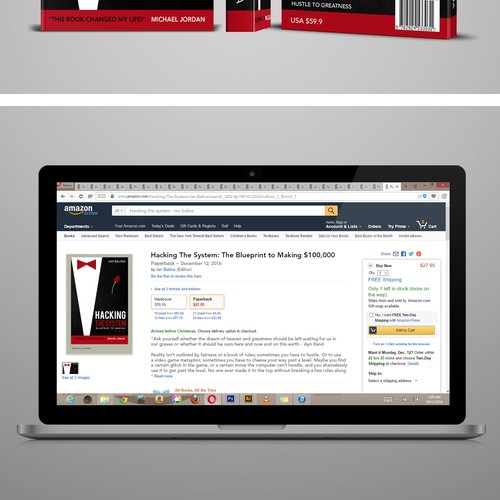 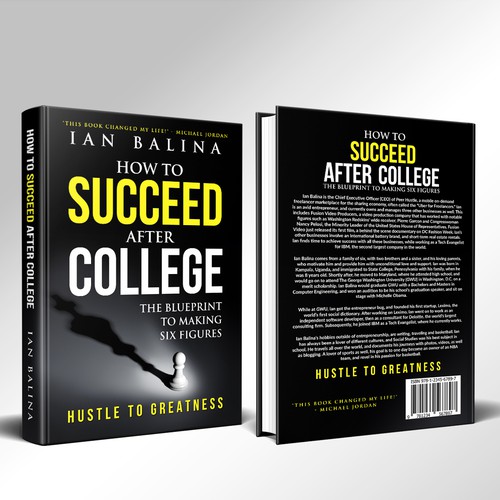 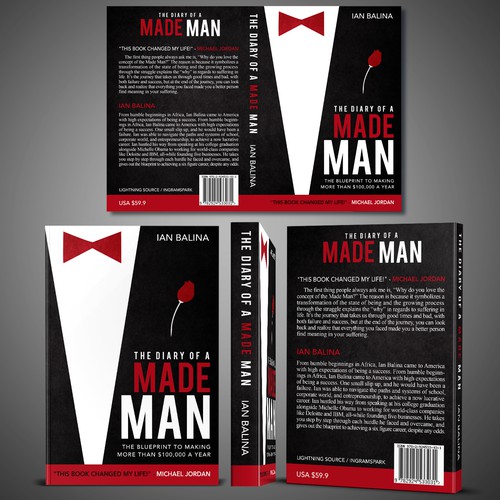 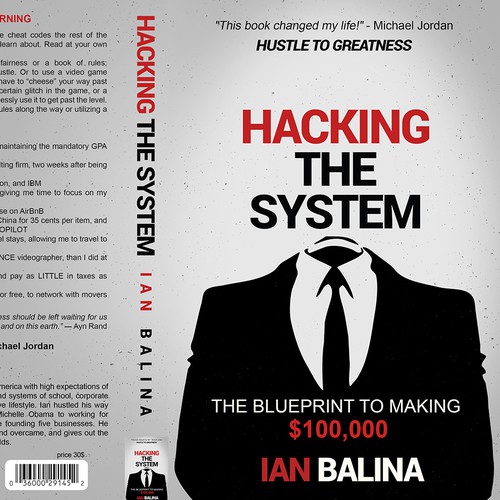 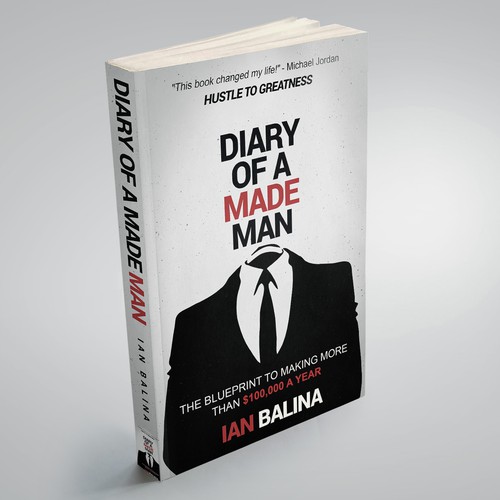 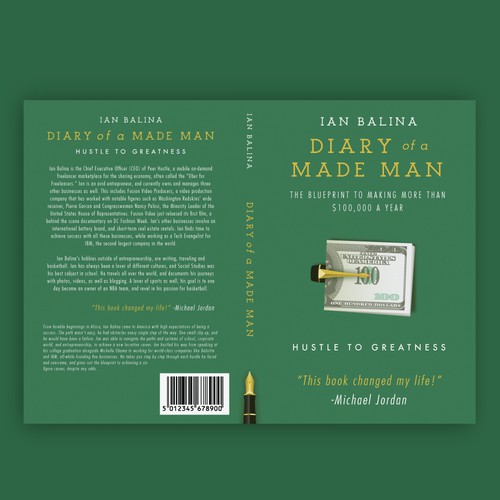 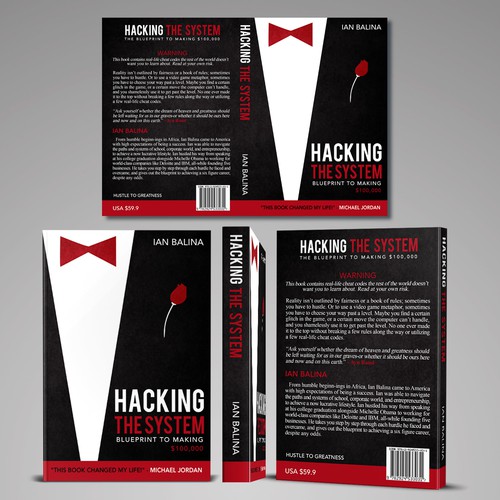 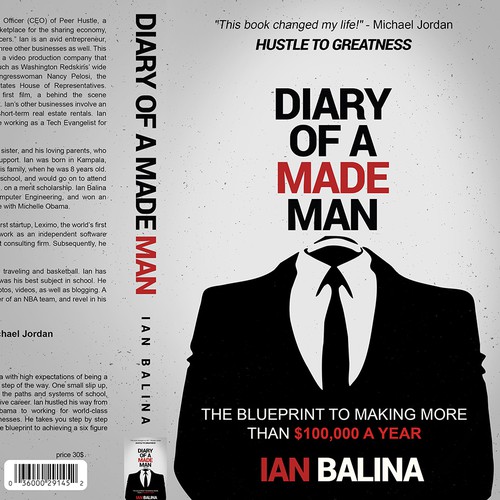 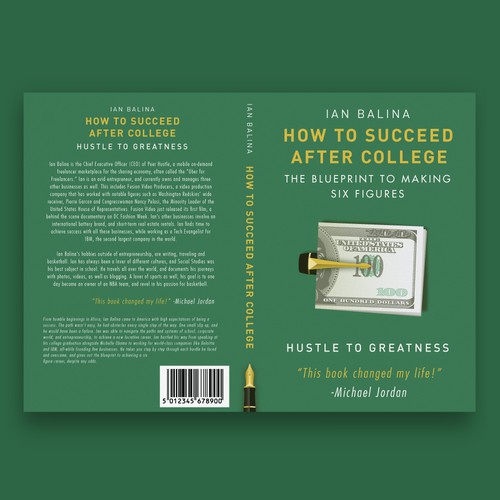 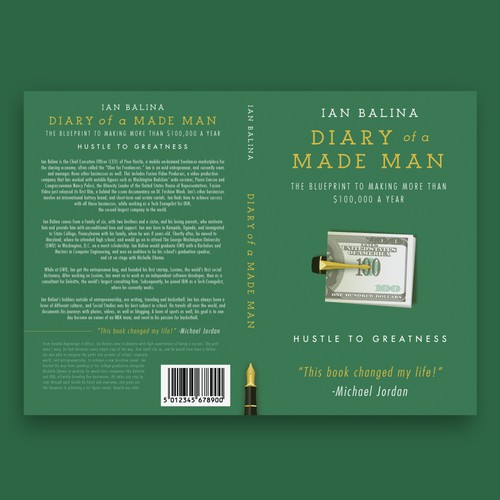 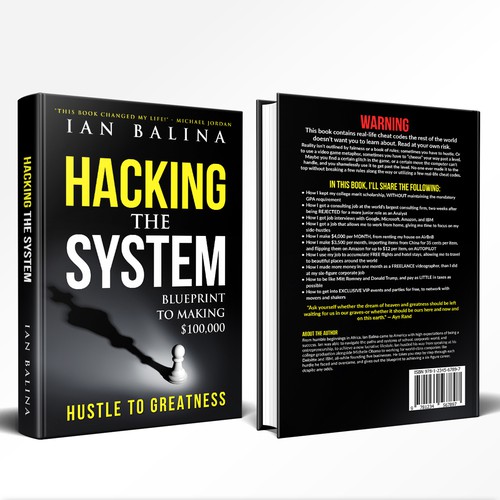 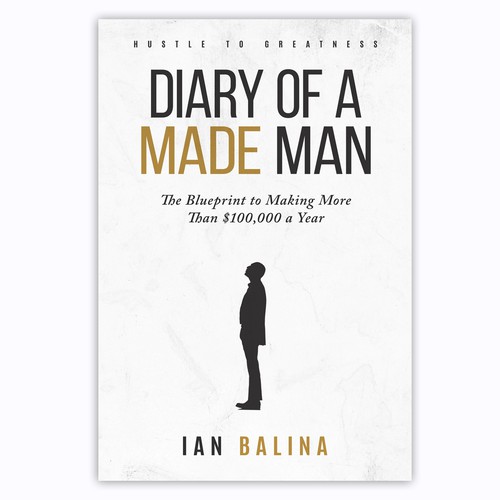 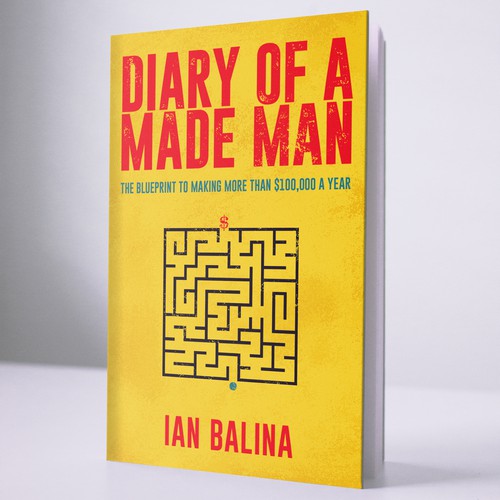 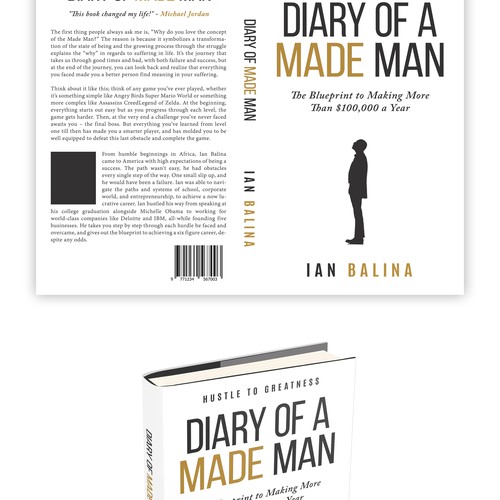 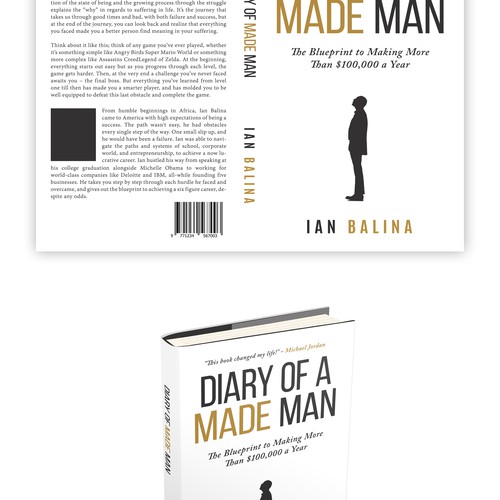 The Diary of a Made Man

From humble beginnings in Africa, Ian Balina came to America with high expectations of being a success. The path wasn't easy, he had obstacles every single step of the way. One small slip up, and he would have been a failure. Ian was able to navigate the paths and systems of school, corporate world, and entrepreneurship, to achieve a now lucrative career. Ian hustled his way from speaking at his college graduation alongside Michelle Obama to working for world-class companies like Deloitte and IBM, all-while founding five businesses. He takes you step by step through each hurdle he faced and overcame, and gives out the blueprint to achieving a six figure career, despite any odds.

The Concept of the Made Man

“To live is to suffer, to survive is to find some meaning in the suffering.” -Nietzsche

The first thing people always ask me is, “Why do you love the concept of the Made Man?” The reason is because it symbolizes a transformation of the state of being and the growing process through the struggle explains the “why” in regards to suffering in life. It’s the journey that takes us through good times and bad, with both failure and success, but at the end of the journey, you can look back and realize that everything you faced made you a better person find meaning in your suffering.

Think about it like this; think of any game you’ve ever played, whether it’s something simple like Angry Birds Super Mario World or something more complex like Assassins CreedLegend of Zelda. At the beginning, everything starts out easy but as you progress through each level, the game gets harder. Then, at the very end a challenge you’ve never faced awaits you – the final boss. But everything you’ve learned from level one till then has made you a smarter player, and has molded you to be well equipped to defeat this last obstacle and complete the game.

The Made Man isn’t something that just happens, it’s a title you earn. The precious glory that awaits you at the end is the result of all the hard work you did in the past. Mafia and mobsters were called made men Made Men because they didn’t follow the easy path, they didn’t play it safe or follow all the rules. It was frowned upon because that wasn’t the norm. In reality, everyday life isn’t outlined by a book of rules; sometimes you got have to hustle. Or to use a video game example, sometimes you have to “cheese” your way past a level. Maybe you find a certain glitch in the game, or a certain move the computer can’t handle, and you shamelessly use it to get past the level. No one ever made it to the top without breaking a few rules along the way or doing what everyone else doesutilizing a few real life cheat codes. That’s the beauty of it, the hustle to greatness.

I’m twenty-eight years old, and black. According to society, those two variables alone don’t have a great outlook on what my life should be; most black males aren’t supposed to go to college, yet alone graduate school, they’re supposed to be in and out of jail according to statistics. Good thing I didn’t care to listen let the statistics affect me or else I’d still be trapped in the Matrix like most sheep. Let’s be honest, most people sell themselves short. You hear people say, “I am a product of my environment.Oh yeah, I was born in the hood, I need to sell drugs to make ends meet.” It’s true, we can’t choose where we grow up but we can choose the amount of will power we exert towards overcoming our environment. According to society, I should have been in trouble with the law, working a crappy menial job, doing drugs, hell, why not throw in child support and a crazy baby momma named Laquisha while we’re at it, you get the idea. Although I overcame the odds, the same cannot be said for some of my friends from my childhood. Some were unfortunate to not make it; the final bosses on certain levels were too much for them to handle.

I consider myself a success because I get to travel the world, work for a Fortune 20 company (where I primarily work from home) and I’m making over six figures. There were so many obstacles alone throughout that occurred through my journey that I shouldn’tone slip up and I would not even be herewhere I am today. But I am. Don’t get me wrong, I’m no millionaire (yet) nor am I bragging but there are very few black males that are in my position. I had more hurdles than a race track, and I still made it. The social stereotypes and system were not created to favor me, I lacked the privilege. had my life going another route but I tossed the GPS and paved wayRegardless, I found glitches in the matrix, became a renegade, and paved for my own path.

I want to share my story to inspire, and have you believe that achieving greatness isn’t a myth. We all can do it. This isn’t another stereotypical “Highly successful African Americanblack male urging black people to succeed” kind of book. This is for everyone, regardless of race, ethnicity, gender, sexual orientation, etc. Society has built up so many classifications of who we are but at the end of the day, we’re all humans with Think of this as the book with cheat codes the video game creators don’t want you to read. This is the book that walks you through each level of the matrix that we live in, showing you how to overcome each obstacle thrown your way. I’ll tell you about the strengths and weaknesses of those final bosses, so you can get past whatever level you’re stuck on. Sometimes handling problems using the politically correct way, and sometimes getting a little dirty and utilizing street smarts or video game cheesea purpose.

I’m pretty sure your purpose is beyond eating, sleeping, sex, paying bills and dying.

Think to yourself, what’s holding you back?

Why haven’t you finished that book three years after you startedare you still struggling with school? Why is your business plan catching dust on the basement floorare you still unable to get a job three years after graduating college? Why haven’t you achieved greatness yet? Made Mmen aren’t perfect human beings and definitely weren’t inspired every single day to work towards their goal, but you know what? They did anyways. You’ll be discouraged, tired, stumped or just downright lazy, it’s okay. We’re humans. But that extra push can make all the difference. Next time you feel like giving up, that means you need to keep on going, even if you achieve something little, it’s better than the other option – nothing. It’s time for you to hear my story, and after this, I hope that you feel inspired enough to start your own journey to greatness. The journey of the made man.hustle to greatness!

“Ask yourself whether the dream of heaven and greatness should be left waiting for us in our graves-or whether it should be ours here and now and on this earth.” ― Ayn Rand, Atlas Shrugged

Looking for both, hardcover and paperback book-cover that will stand out and jump off the book shelves, amongst a crowd of other books. While being classic and minimalistic. This book is being written to be like a bible. A blueprint to a more successful career and life. This book contains life's never told secrets, and the cover should portray that.

Imagine this book as a manual for becoming Don Draper, James Bond or Sean Combs (P. Diddy). The book cover should have a larger than life aura.

Cavities No More
529 CA$
The book is primarily aimed at parents of young children. Anyone involved with the care of children. Nurses, public heal
95
entries
25
Designer
Need a salary negotiations book cover that sells!
399 USD
College-educated working professionals ages 22-40 who lack the confidence, knowledge, and/or experience in negotiating t
117
entries
33
designer
Book Cover Design for a Fantasy Novel about Mermaids
359 €
This book will be read by French speaking readers, mostly womens, between 20 and 35 years, maybe more.
49
entries
24
Designer
Exciting science-fiction novel for adults and kids
1.099 AU$
Science fiction fans (anyone who watches Star Wars, Starship Troopers etc.), geeks, moms and dads, teenagers, it's quite
61
entries
10
Designer
The Culprit
CA$529
35 plus cat lovers and fans of true story satirical writing.
168
entries
50
デザイナー数
A man who is a business man by day and gangster at night. Show the man's duality.
$ 399
Ages 18 to 65, both black and white, male and female from the inner city to suburbia. This book has violence, romance an
21
entries
4
Designer