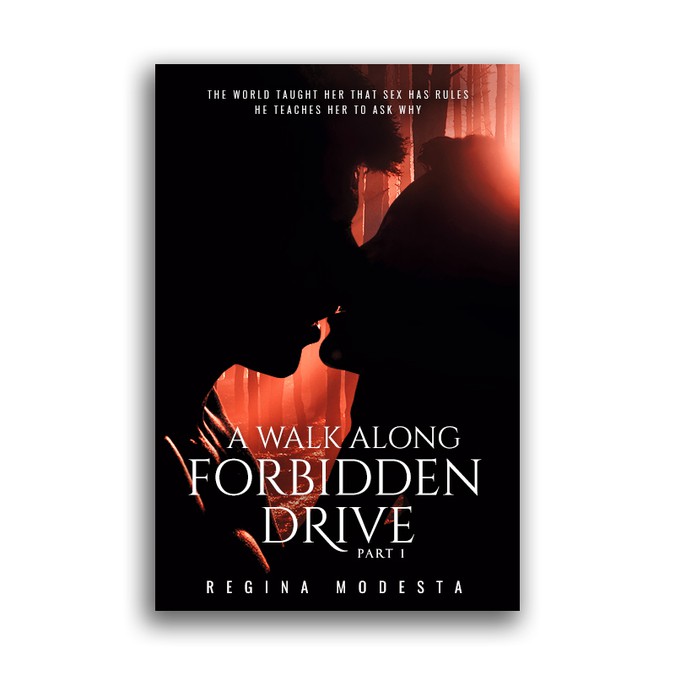 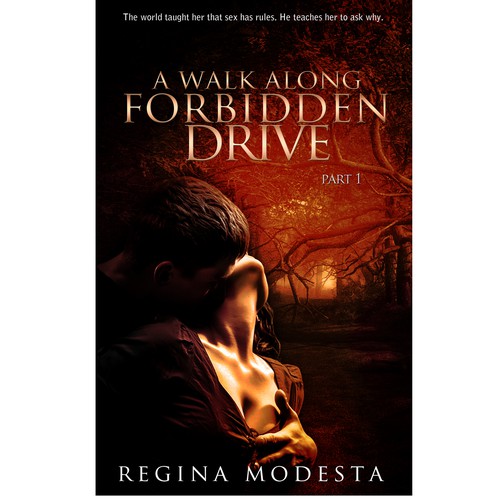 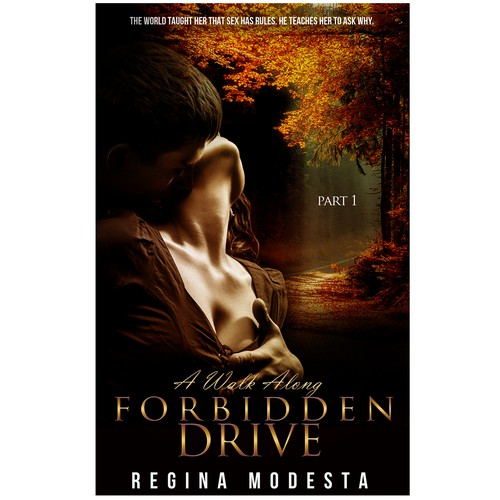 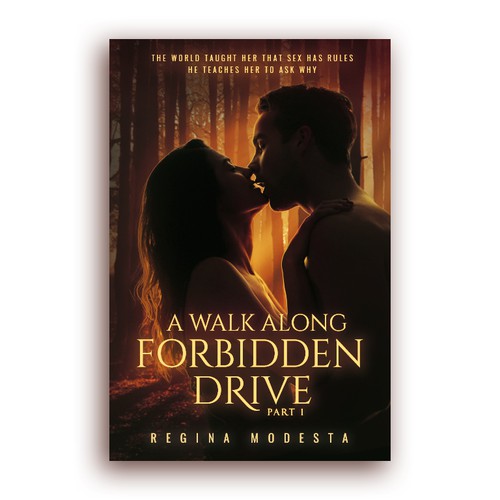 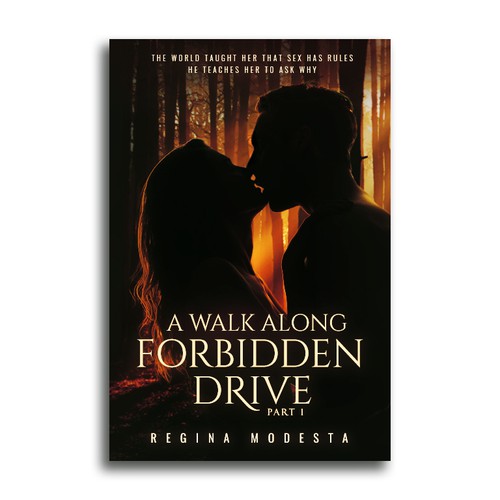 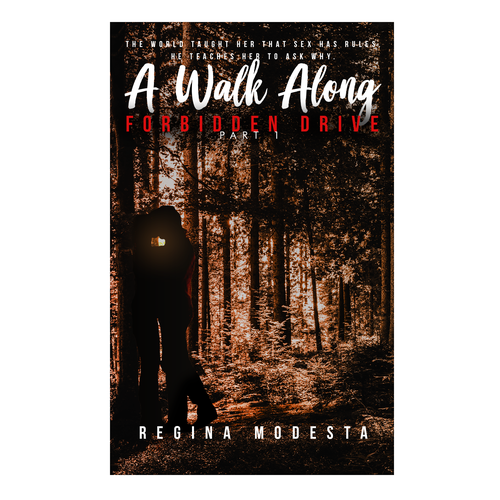 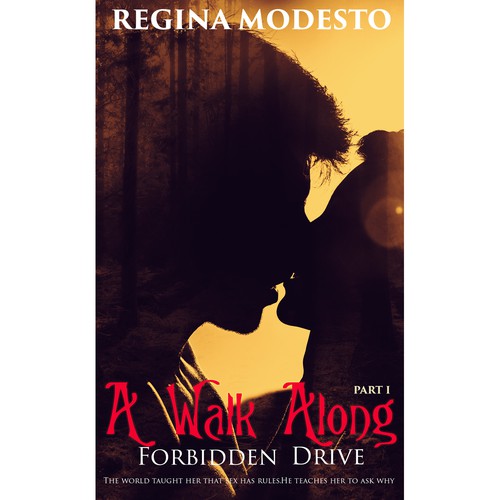 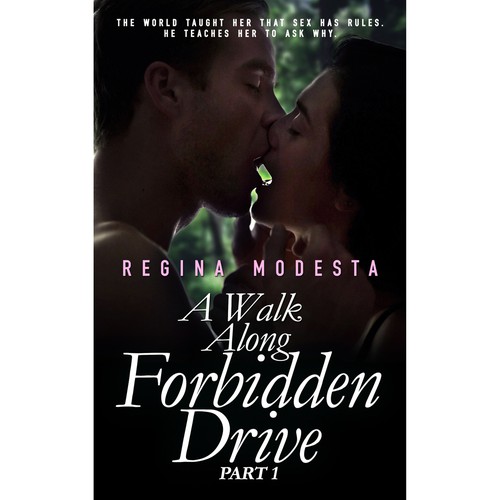 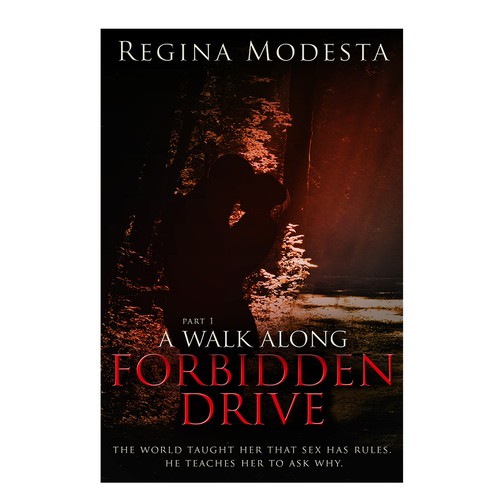 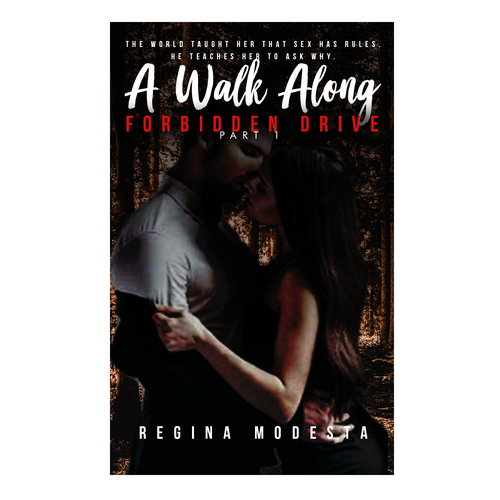 A Walk Along Forbidden Drive Part 1

Sexy young graphic designer Damian Bryant has it all – intelligence, wit, a flare for fun, and a successful business he runs entirely on his own. Katalina Avery, an ambitious and fiercely independent graduate student, finds everything about Damian irresistible from the moment she meets him on a Philadelphia bus. Yet she knows it’s wrong to date him.

At heart Katalina is a “good” girl, molded by her conservative rural upbringing, and she approaches romance and sex with cautious reserve. But there’s something about Damian’s authoritative ways and strange delight in being called “sir” that tempts her to break what she believes are unbreakable rules.

Women 18 and older who are interested in contemporary romances that include explicit sex.

I like the dark color schemes and the blending of images.
too bright, but I like the way the images fade and blend
I like the color tone and the realism
This is something I'd messed around with when trying to put together a website. Doesn't have the professional look I need, but you can see I was trying to literally darken the tone. Think "forbidden."
Though not my favorite, this stance shows some dominance in the male.
This is along the lines of the type of stance I'm looking for for the couple. Think forbidden. I also like the way the couple is in the foreground. That would be fine for the couple on my cover, or they can literally be on a road or walking path, whichever.
This is a pretty good example of what the stance of the couple should be like. Think forbidden.

This particular book features some BDSM and a mild dom/sub relationship, but the story has enough depth without the sex that the cover shouldn't be too "porny." Definitely want to subtly convey that there's a lot of drama. Forbidden Drive is actually a large gravel path in a heavily wooded park (it's a real place in Philadelphia,), so I'm seeing dark trees and a silhouetted or heavily shadowed couple (which would symbolize the main character's intense need to keep her newfound sexual interests secret). The couple should be in a sexually provocative position with the male in a somewhat dominant stance. Or if you have another idea for portraying a mild dom/sub dynamic with the sense of it being forbidden, go for it.

I'm uploading several photos of the real Forbidden Drive. Use them for ideas or incorporate an actual image or don't use them at all. Whatever you think is best.

Also, the words "Part 1" should probably be in a different, smaller font.

Lastly, I'll be needing a Part 2 cover almost immediately that's either the same cover with a different color scheme, or else maybe a similar but slightly different image? So you may want to have an idea for what to do with that cover too, since I'll probably want to keep working with you if yours wins. Thanks so much for your work!

Comienza ahora
Book cover
GBP 239
Young mums / parents / to be discussed after coffee mornings
8
entries
4
diseñadores
Creative Book Cover for a Female Dating and Relationships Title
199 USD
Women reading this book are usually younger and they’ve just been through a breakup. They don’t know how to collect the
150
entries
24
designer
I need your inspirational eBook cover design and expert advice on refining my subtitle
€ 299
Frustrated people (early-adulthood to middle-aged) who're too busy and too distracted to keep in shape; and who're tired
158
entries
22
Designer
paper back and ebook cover
£ 319
Someone is reading this book to learn the most effective way to write a to-do list that will keep them motivated and pro
51
entries
20
designers
Awakening - A Paranormal Romance Cover Contest
US$ 399
Women anywhere in the world, 18-60 years old
89
entries
22
diseñadores
Captivating cover for the book "The Way Home"
299 US$
People in general interested in life stories. People that struggle with addiction.
121
entries
49
diseñadores
Más información sobre diseño de portada de libro o revista
Vea como funciona