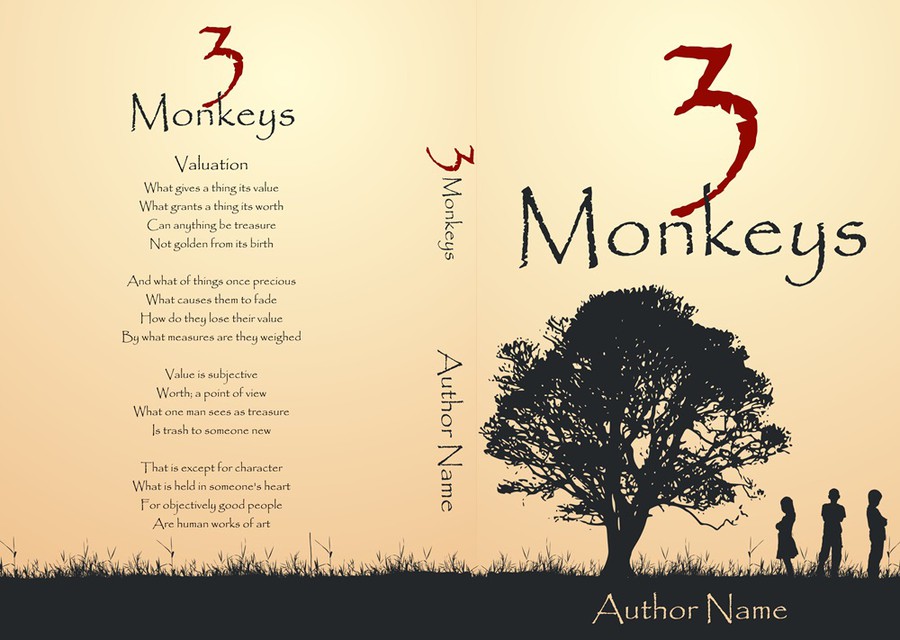 Create an eye catching book cover for a poetry/philosophy book that will both teach and entertain. 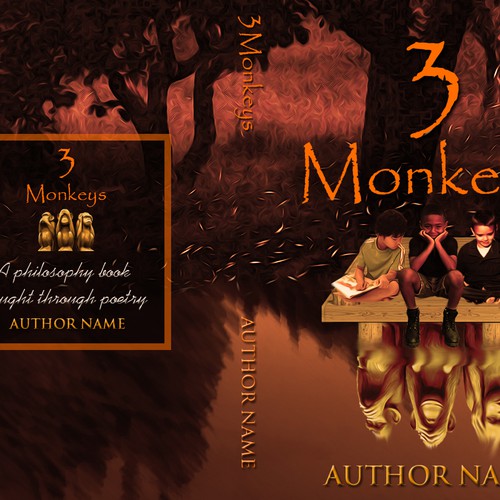 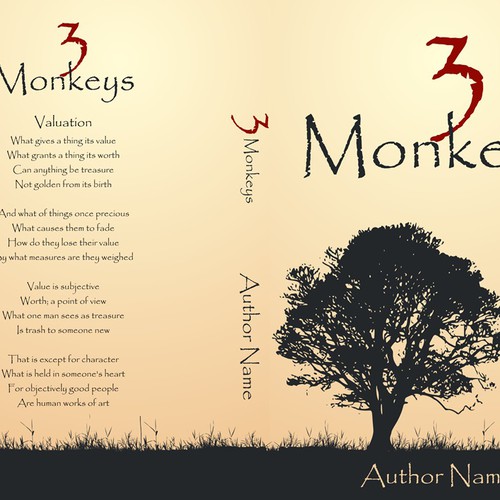 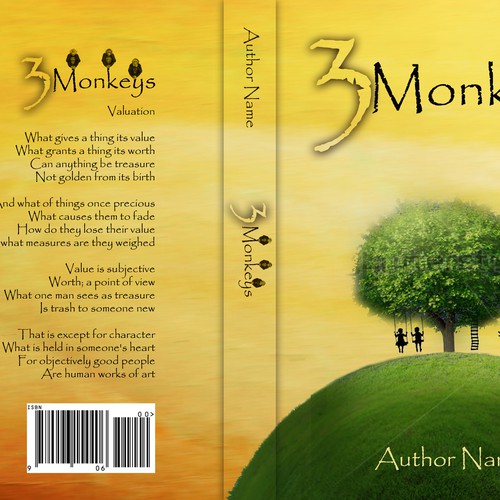 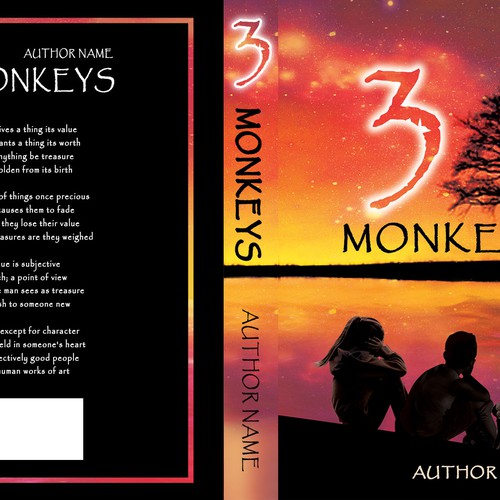 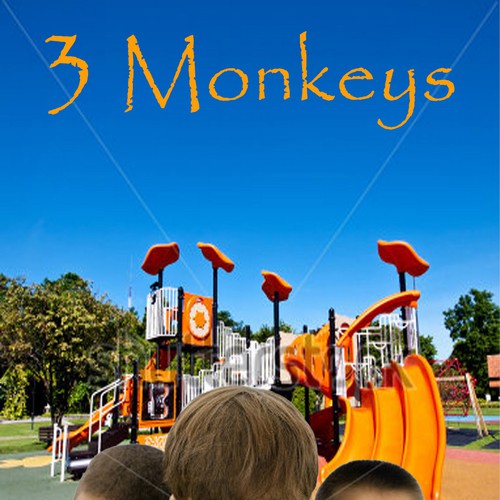 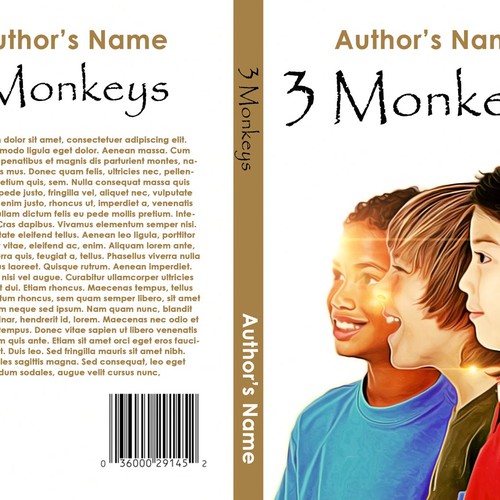 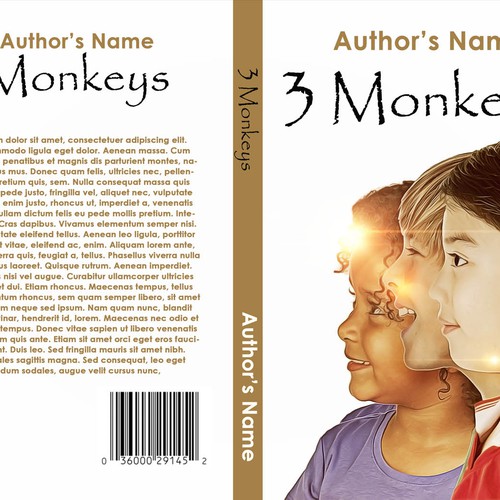 This Product is a philosophy book taught through poetry. I don't have a specific target audience. It is my desire that everyone should find something in it that reaches out to them. That said, here is an example of one of my poems:

Value is subjective
Worth; a point of view
What one man sees as treasure
Is trash to someone new

I am putting the final touches on my first book and one of the last things I need is an eye catching cover to make it pop. My book is nonfiction and it teaches my personal philosophy through the medium of poetry. I've named my "3 Monkeys" in reference to both the Hindu Three Moneys (See No/Hear No/ Speak No Evil) and the three races of man. (Mongoloid, Caucasoid and Negroid). My purpose to the second meaning is that I want this book to reach out to all people equally because no matter what we look like on the outside, we're all the same on the inside, with the same hopes, dreams, needs wants and desires.

To that end, I am looking for a cover that shows three children at play (one European, one African and one Asian), with each one doing one of the three evils respectively. Beyond that, I don't have any other requirements, though I have played with several ideas:

I've also considered a nature seen around a large oak or willow. I see that as having a magical quality and perhaps some fireflies buzzing around.

As to attire, I can see them either wearing a the cloths, like a school uniform, or culturally flavorful garments that show a stereotypical look for each child.

Of course I am not married to any of these ideas so long as the basics are there.

The file I'm including has the Title of the book as I wish to be displayed. The font is called Papyras and the 3 will need to be sized larger than the rest of the title to even it out. In the photo, I used 110 for the Monkeys portion and 150 points for the 3.

Also, I am in need of a both a front/spine/back for hard copy prints and an e-book cover for publishing online.

Thank you for your efforts.