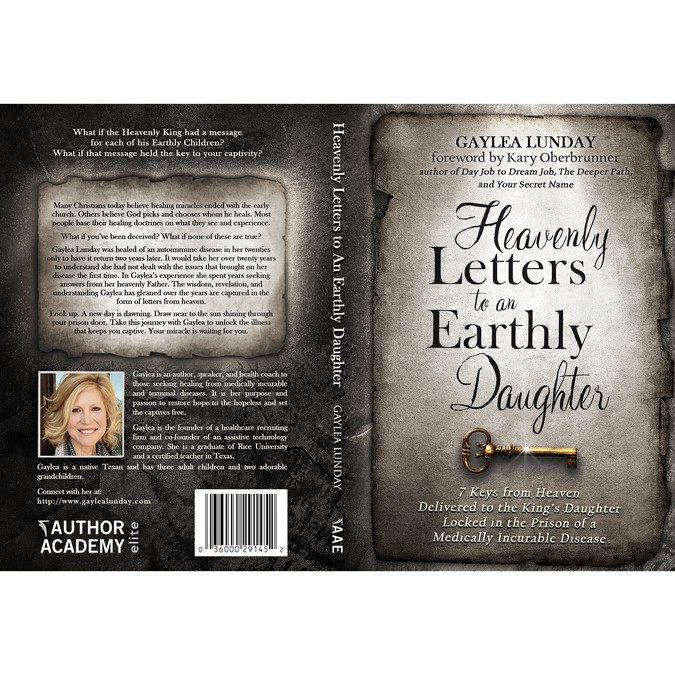 Create a non-fiction book cover with the potential for follow up paid projects. 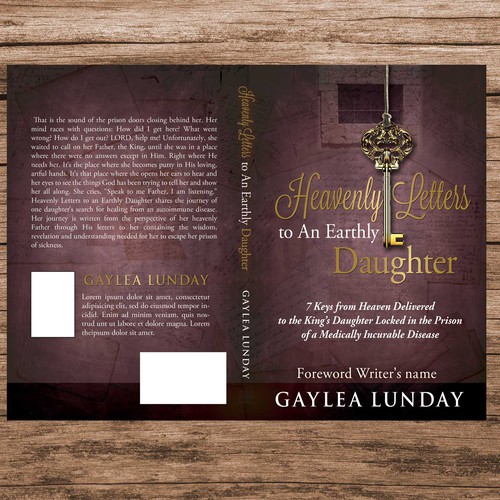 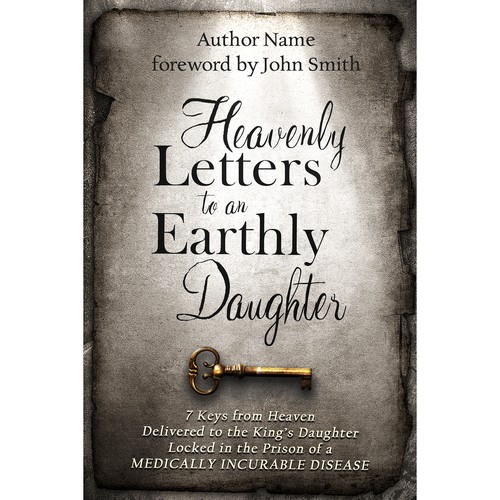 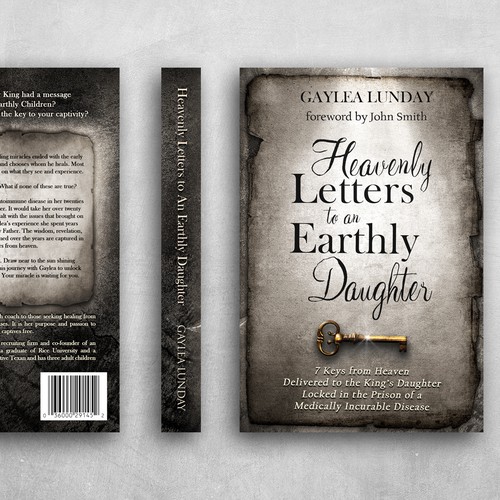 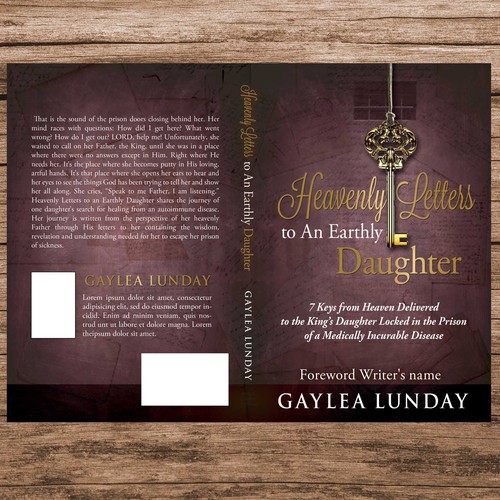 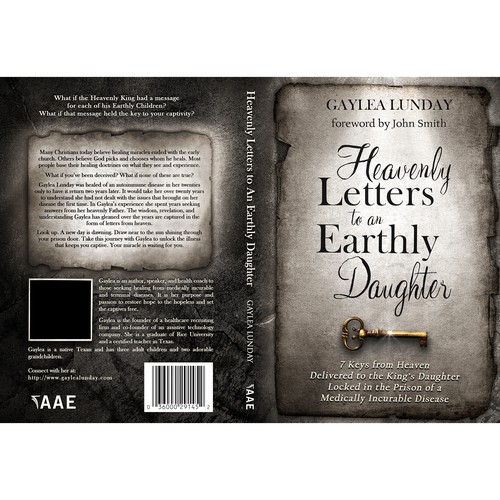 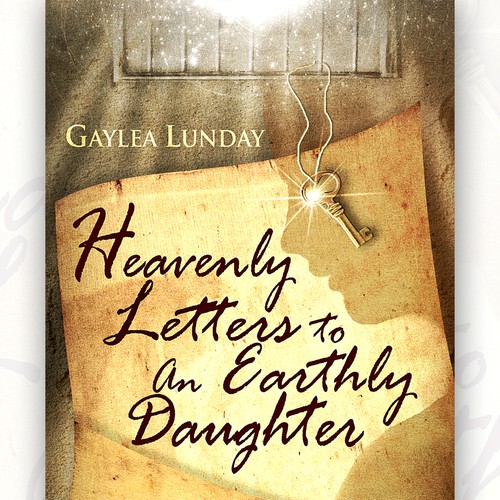 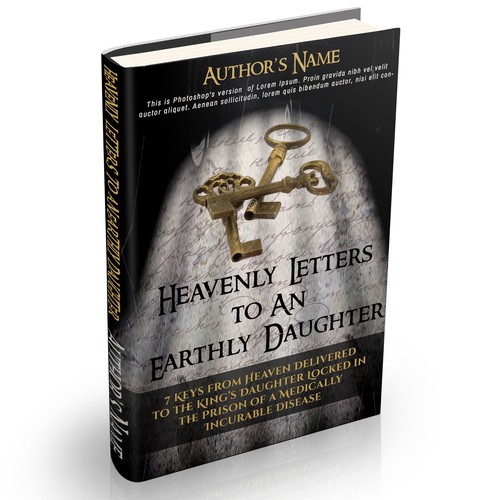 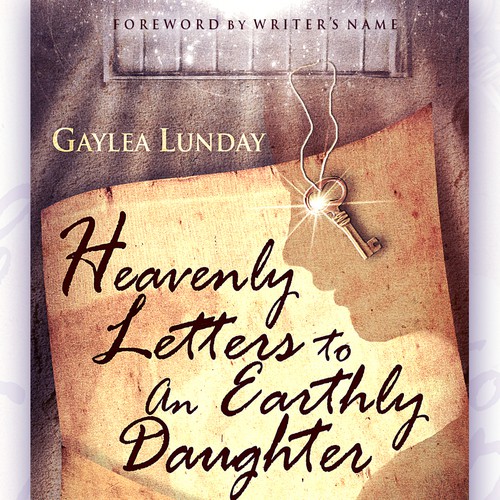 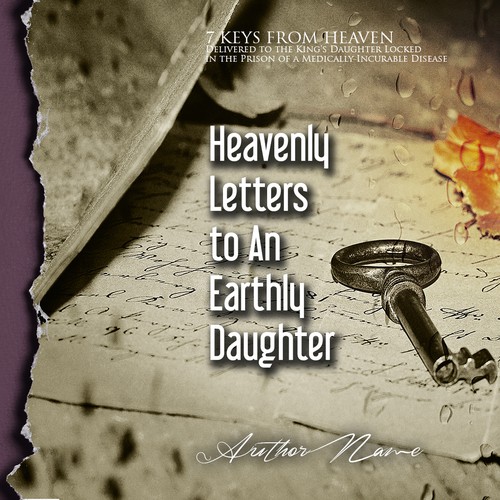 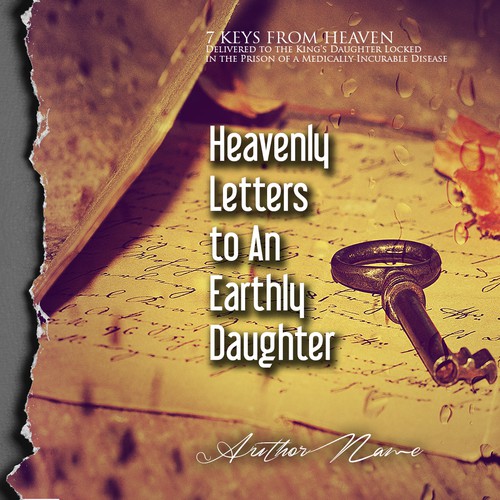 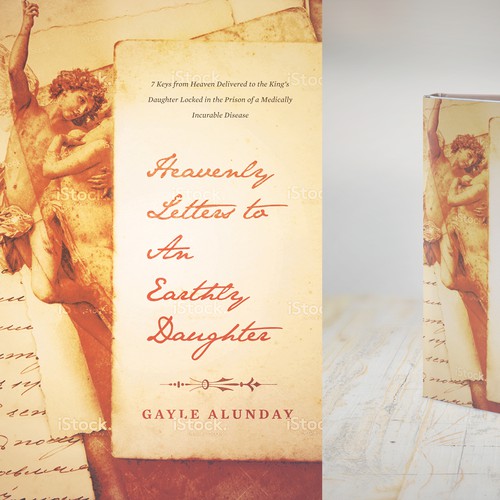 I am an author, speaker and coach who helps people suffering from chronic disease.

I need a compelling book cover that portrays hope in dark times. It is the story of the King's daughter who has been taken captive by their enemy. The King is sending letters to her in prison that have keys to open her prison door.

[CLINK] That is the sound of the prison doors closing behind her. Her mind races with questions: How did I get here? What went wrong? How do I get out? LORD, help me! Unfortunately, she waited to call on her Father, the King, until she was in a place where there were no answers except in Him. Right where He needs her. It’s the place where she becomes putty in His loving, artful hands. It’s that place where she opens her ears to hear and her eyes to see the things God has been trying to tell her and show her all along. She cries, “Speak to me Father, I am listening.” Heavenly Letters to an Earthly Daughter shares the journey of one daughter’s search for healing from an autoimmune disease. Her journey is written from the perspective of her heavenly Father through His letters to her containing the wisdom, revelation and understanding needed for her to escape her prison of sickness.

There are three sections to the book:
The Prison
The Keys
The Door

I also will need to include a place on front cover for Foreword Writer's name.
Back cover will have writing and author's picture which I will send to final designers.
I have AAE logos to include on back cover (Author Academy Elite) and spine (AAE).
I will be running a crowd sourcing contest for final award.

I want the designer to have creative freedom. With that said, I do have some ideas and have included some book covers for "look". It needs to be a rich look representing royalty but with an ominous tone evident somehow.

#2 Idea-Elegant, kingly look in purples, grays, blacks and white. A gold key lying on top of a stack of king's letters. Light shining in through cell window. Purple or gray background

#3 Idea-Book cover wrapped in white seamless unintelligible letter. Gold key(s) lie on top with sun streaming over both through the cell window. Barred window shadow is subtle but evidence of her captivity.

Including a person or shadow of a person in a cover design is OK but I haven't thought much about how that should look. Would need to be a slender, tall blonde with kingly attire.

Looking for a Book Cover of 5 "Star" Quality
259 $US
Business and life coaches, speakers. Mostly women ages 40-75 who look for a short read for inspiration.
153
entries
24
designer graphistes
Contemporary Romance cover
399 USD
Readers who like contemporary romance with young professional characters engaged in timely events
44
entries
12
designer
Book cover
GBP 239
Young mums / parents / to be discussed after coffee mornings
8
entries
4
diseñadores
Creative Book Cover for a Female Dating and Relationships Title
$ 199
Women reading this book are usually younger and they’ve just been through a breakup. They don’t know how to collect the
150
entries
24
Designer
I need your inspirational eBook cover design and expert advice on refining my subtitle
299 €
Frustrated people (early-adulthood to middle-aged) who're too busy and too distracted to keep in shape; and who're tired
158
entries
22
designers
Book cover for non-fiction
US$ 199
162
entries
14
designers

Comienza ahora
Book cover for non-fiction
US$ 199
156
entries
13
designers
Looking for simple, elegant book cover design. Fantasy novel titled The Secret of the Moon.
399 USD
All imaginative readers aged 16 and up.
99
entries
29
designer
paper back and ebook cover
319 £
Someone is reading this book to learn the most effective way to write a to-do list that will keep them motivated and pro
51
entries
20
Designer
Mind blowing cover for a business and money title (second book in series)
199 $
Most people reading the book are experiencing some financial strain. These readers are seeking practical advice on rest
104
entries
20
Designer
Cover
359 €
163
entries
22
Designer
Book design needed for LATE: The 39-Year-Old Woman Who Wants to Play Annie
7.124 NOK
Women who grew up in the 80s with the (childhood) dream of becoming an artist: actor, dancer, singer, or performer.
66
entries
28
Designer
Más información sobre diseño de portada de libro o revista
Vea como funciona