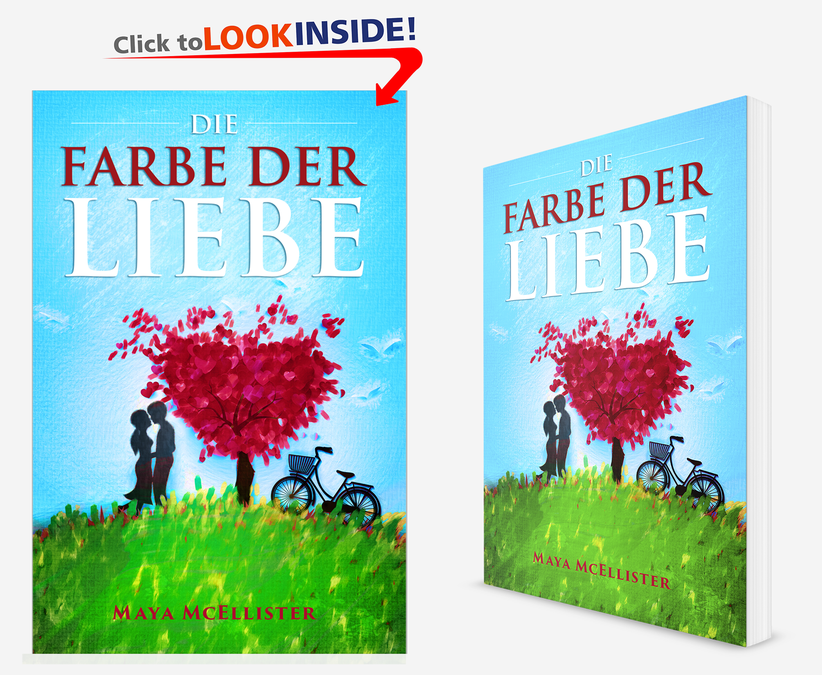 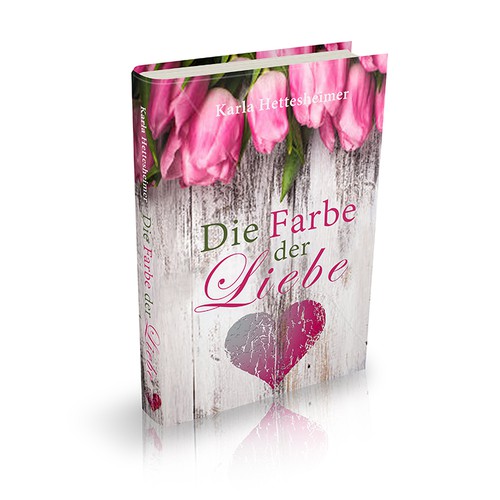 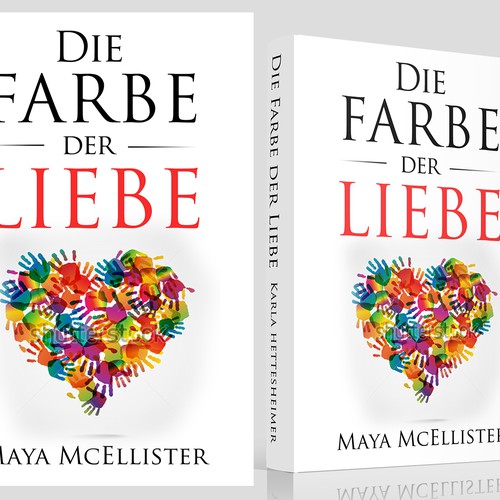 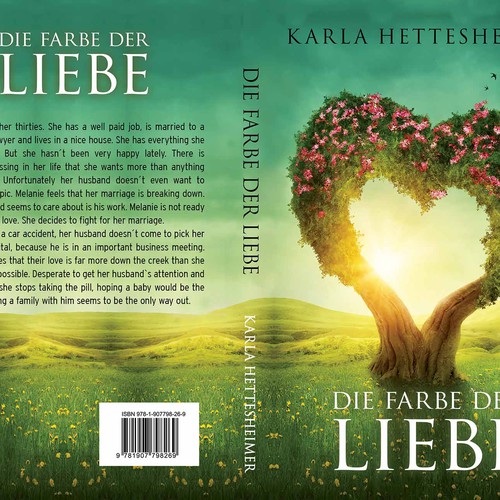 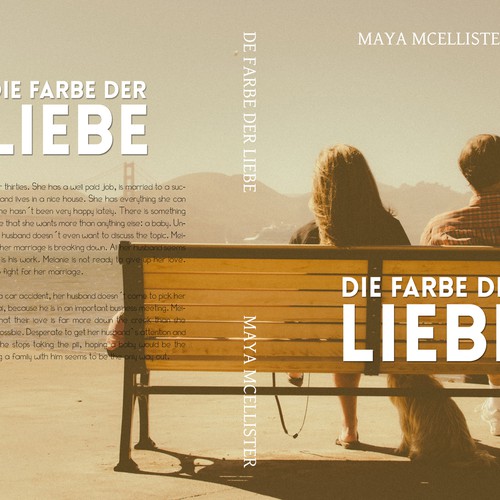 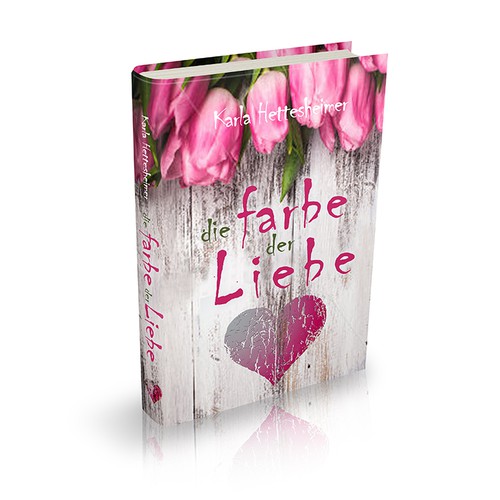 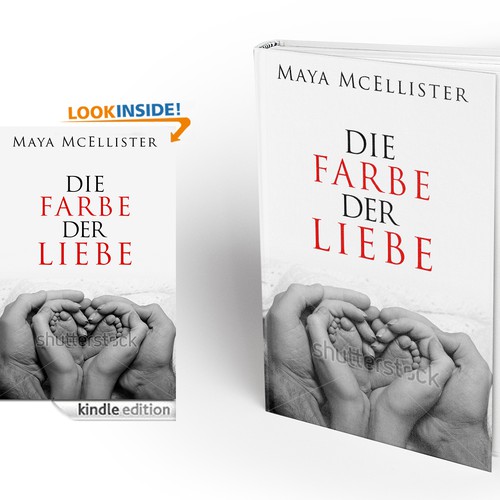 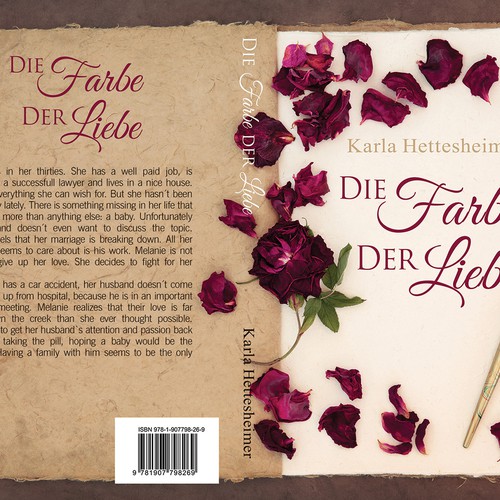 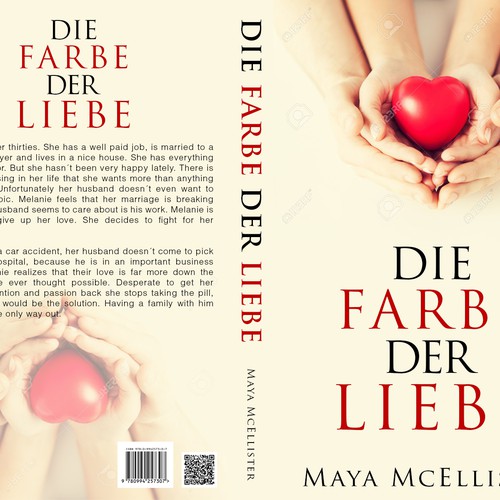 I am an author. I write fiction (mostly romance novels). My readers are 90% women between 16 and 60. My love stories are entertaining, sometimes sad and sometimes funny.

I am looking for a creative and eye catchy (!) book cover for my latest novel. I need a cover for ebook (kindle) AND the Create Space print version!!

This is the story in short:

Melanie is in her thirties. She has a well paid job, is married to a successfull lawyer and lives in a nice house. She has everything she can wish for. But she hasn´t been very happy lately. There is something missing in her life that she wants more than anything else: a baby. Unfortunately her husband doesn´t even want to discuss the topic. Melanie feels that her marriage is breaking down. All her husband seems to care about is his work. Melanie is not ready to give up her love. She decides to fight for her marriage.
When she has a car accident, her husband doesn´t come to pick her up from hospital, because he is in an important business meeting. Melanie realizes that their love is far more down the creek than she ever thought possible. Desperate to get her husband`s attention and passion back she stops taking the pill, hoping a baby would be the solution. Having a family with him seems to be the only way out.
A few weeks later, she discovers that her husband is having an affair with one of his colleagues, a long legged, red haired, very attraktiv girl, she has never seen before. Heartbroken Melanie decides that it is time for her to relax and have some fun herself. Instead of talking to her husband, she starts an affair with the doctor who treated her after her accident.
What only started as a few innocent nights out quickly develops into an affair. Unfortunately Melanie completely falls in love with her lover. Caught in a roller coaster of emotions she doesn´t know what to do.
Just a little later, her lover finds out that she is married and breaks up with her.
Having lost her husband and her lover, Melanies decides to get a divorce. She wants to be alone to sort things out and to be able to think straight again. When she tells her husband about her decision he collapses and begs her to stay. He confesses his affair and promises to make everything better. He still loves her and doesn´t want her to go. Melanie is silent about her own infidelity and stays.
A few weeks later she finds out that she is pregnant. Doing the math she is quite sure the baby is from her husband and tells him about the pregnancy. He is shocked at first but then he embraces the idea of becoming a father.
When Melanie is having her baby, she is surprised to look in the face of her coloured son. At last her baby was conceived by her lover not her husband. Melanie is even more surprised to notice her husbands calm attitude. He just smiles, takes her in his arms and tells her that he knew all the time the baby could´t be his. He is infertile and never told her out of fear she wouldn´t want to be his wife.

It is very important that the cover speaks to my potential readers! The cover should show some connection to the story and the title (Die Farbe der Liebe; "The Color Of Love"). Please don´t make the cover to slushy. It needs to show that the reader has to expect a love story though.

I attached some other covers I think are suitable. This refers only to the style NOT the content!
Please don´t use any of the pictures (I do not hold the rights!). These covers are only to give some guidance. You are free to ignore them altogether and be as creative as you want and can be :-)!

Please don´t hesitate to contact me if you have any questions!

Cover design for self-help book about depression
NOK 3.499
Anyone from teenagers to elderly people. People suffering from depression, and those who know someone who does. Howe
413
entries
97
designers
Testing Idea
299 USD
20
entries
8
designer
Book cover for non-fiction
199 $
People who suspect they have a narcissist in their life and are looking to get it confirmed.
225
entries
19
Designer
Creative cover for YA/Fantasy novel
AUD 539
Anyone aged 15+. Lovers of Lord of the Rings and Game of Thrones should enjoy this novel.
139
entries
54
diseñadores
Need E-Book Cover for YA Barnes & Noble Crime/Thriller
USD 199
14 - 23 year olds, male / females.
66
entries
17
designer
Quiet and modern eBook cover for sleep and dreams
159 £GB
Anyone interested in sleep, but: Roughly 30% of the population have a sleep disorder Sleep disorders affect the elderl
109
entries
29
designer graphistes