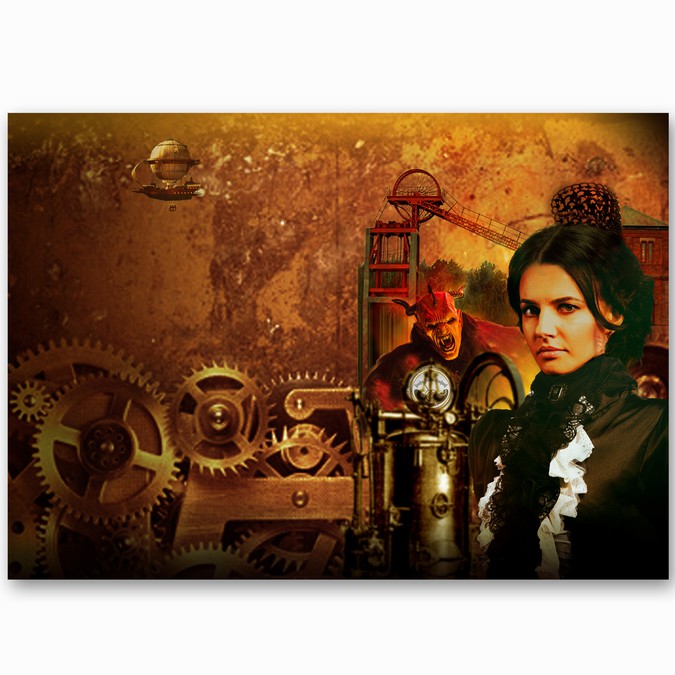 Of Demons and Coal 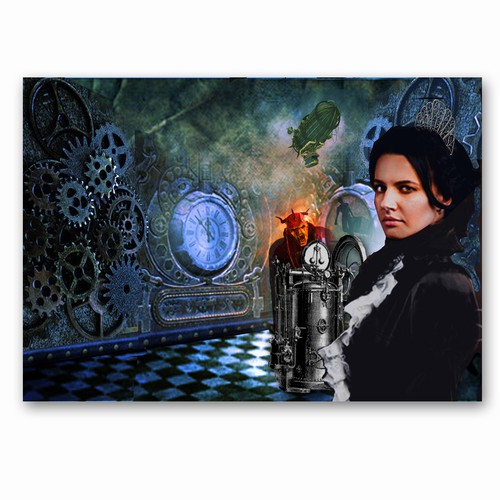 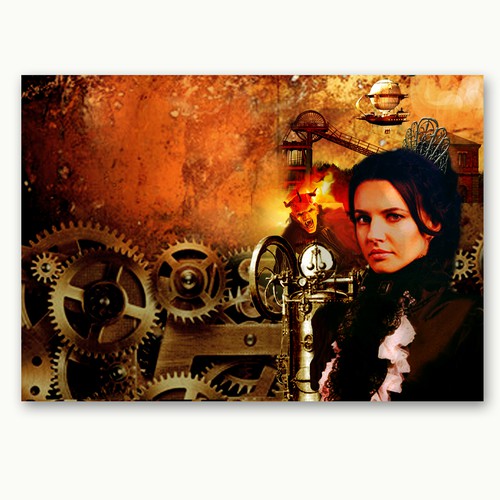 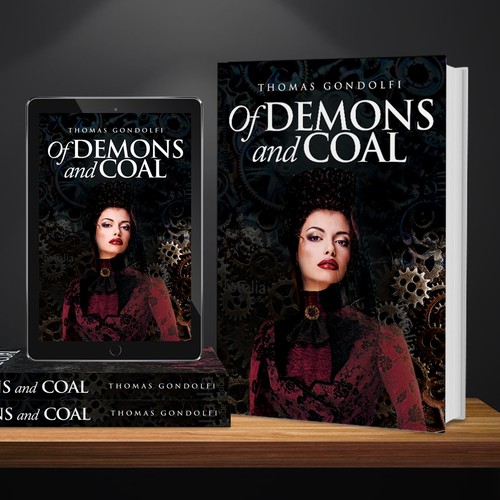 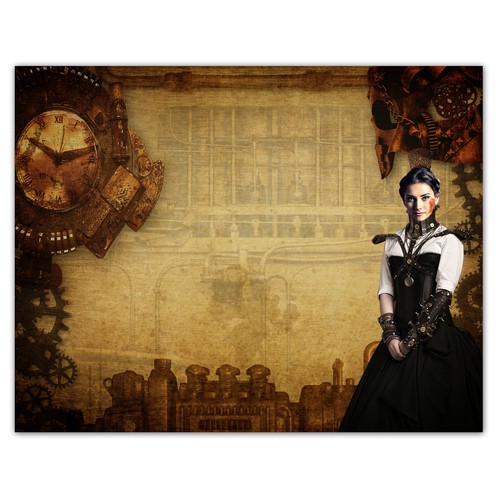 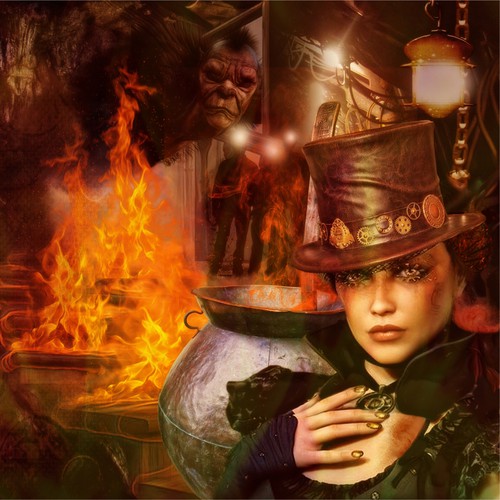 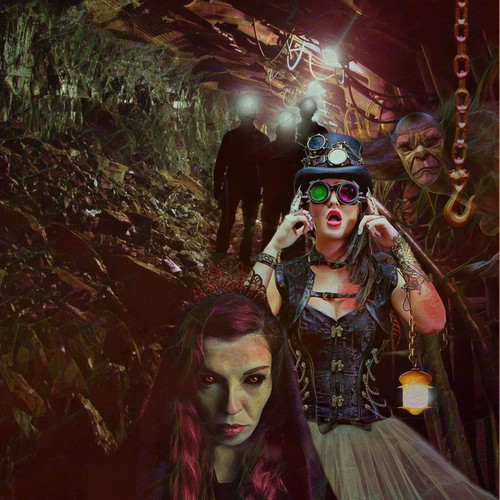 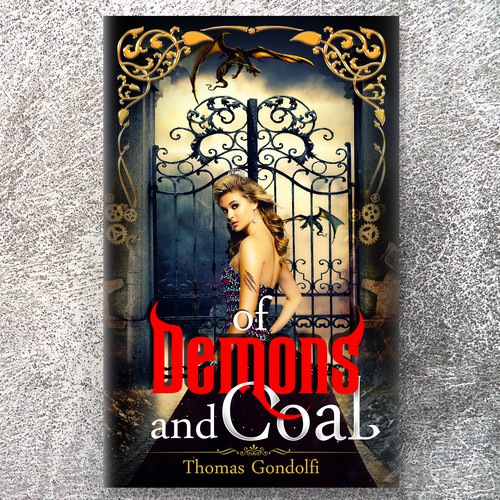 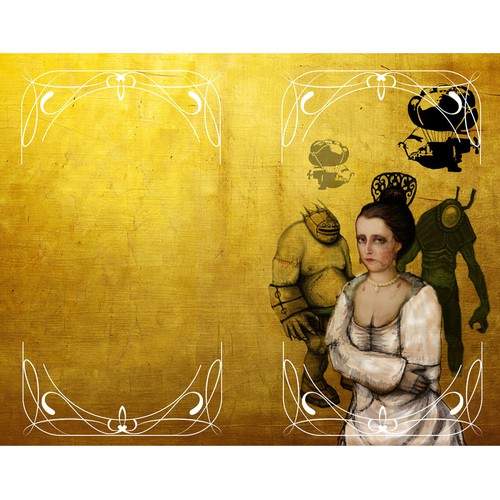 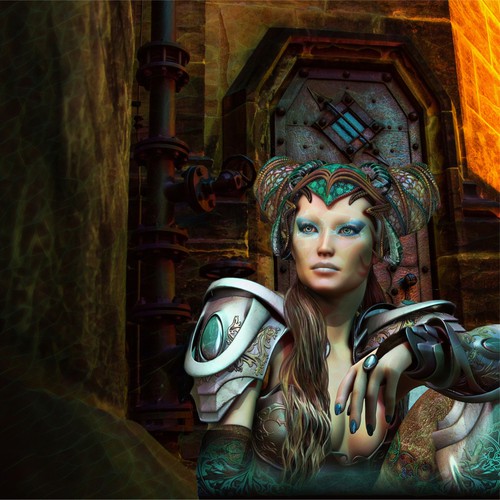 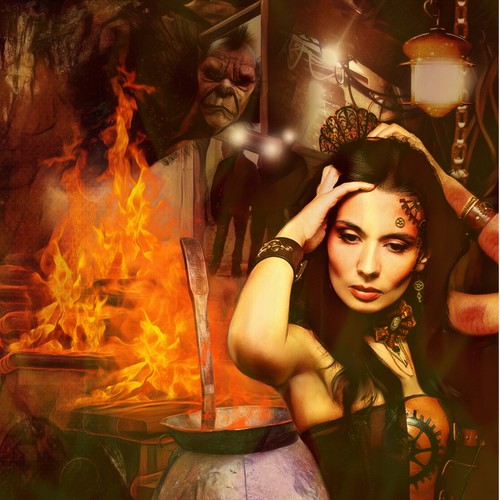 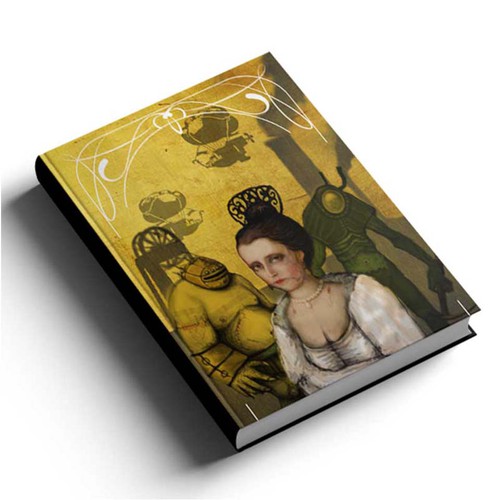 Of Demons and Coal

Stella is a Hellfighter, someone who returns demons to their steam engines if they escape. She lives in 1890 in the Monarchy of America.

I'm looking for a wrap around image (no text... I'll do the cover layout myself. The wrap around size should be no less than 11.5 x 9 with the primary image on the right side (front cover).

The book in question is steampunk. The primary feature of the cover is a woman but instead of Victorian english lady, think spanish.

Stella is creamy color, often mistaken for spanish. Has scars up the left side of body from encounter with a demon who burned her during her training. They reach as high as her ear. She is tall for a woman at 5’8”. Brown hair, and curvy enough not to need a corset. (the woman in white's face, the woman in black's body in images below)

Stella is an earth witch if that helps your mental image at all.

I want Stella on the cover. She must have a peineta in her hair (google it) and must be dressed in something similar to the dress shown.

In the background I need some images that include at least one demon (maybe below a shiny boiler), and something to do with coal.. maybe miners(?) and something else steampunk like a dirigible.

The back can be "throw away" Steampunk images as I'll be covering a good deal of it with the blurb text and testimonials.

I'd like the image to be as "photo realistic" as possible.

Design a cover for a quirky, off-beat book of life and career advice for idealistic young leaders
499 $US
People working in the nonprofit world--employees and leaders in charities, foundations, government agencies, faith-based
176
entries
47
designer graphistes
Want to design a bestselling spy-thriller cover?
£ 159
Readers who like Lee Child, Jack Carr, Robert Ludlum, Mark Dawson, James Patterson or Stephen Leather. Most likely r
138
entries
32
designers
Shallow Water Romance
$749
Usually, women between the ages of 18 and 60.
295
entries
78
デザイナー数
Holy Possible
299 US$
Christian Adults
50
entries
27
diseñadores
Superhero book cover to appeal to teens
199 USD
Middle and high schoolers, ages 12 and up, that love to read about superheroes
60
entries
23
designer
Design the cover of the next NYT Bestseller!
299 $
Anyone who enjoys thrillers. No specific demographics.
45
entries
26
Designer