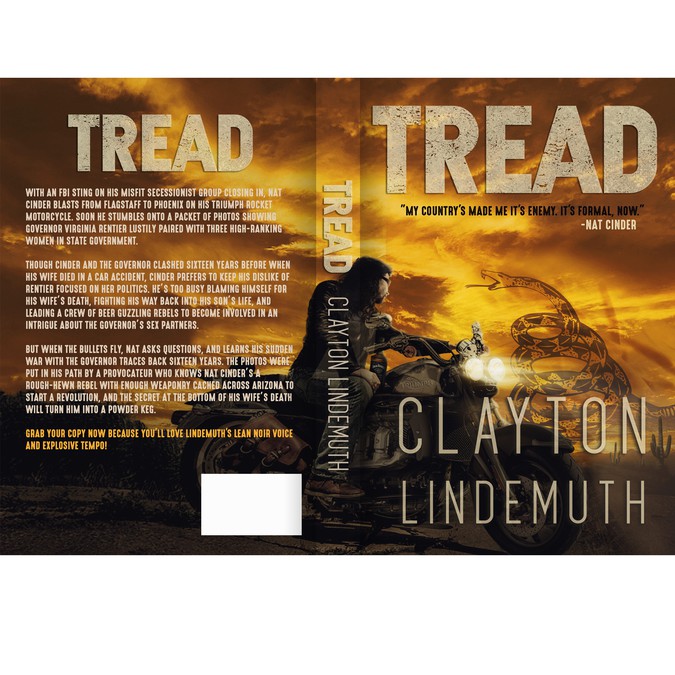 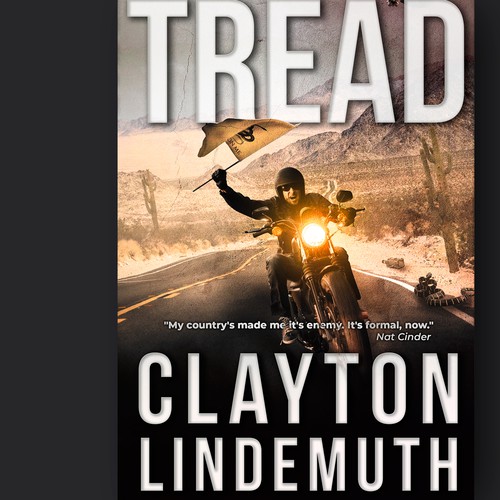 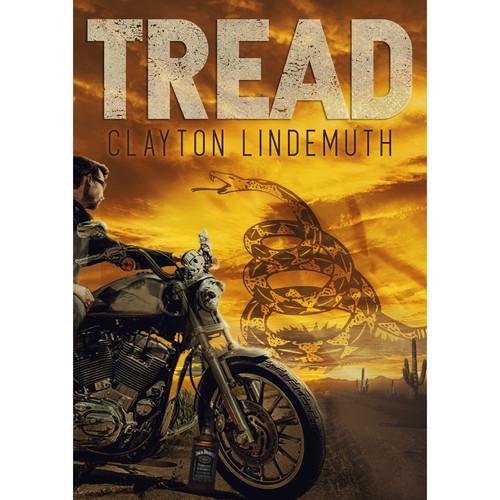 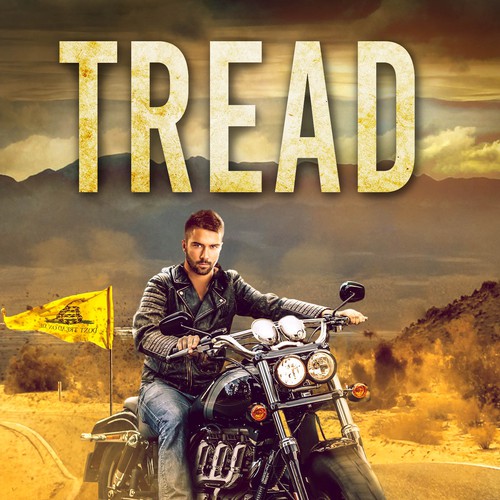 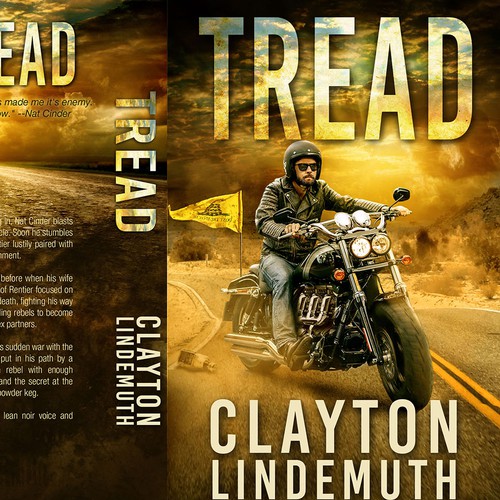 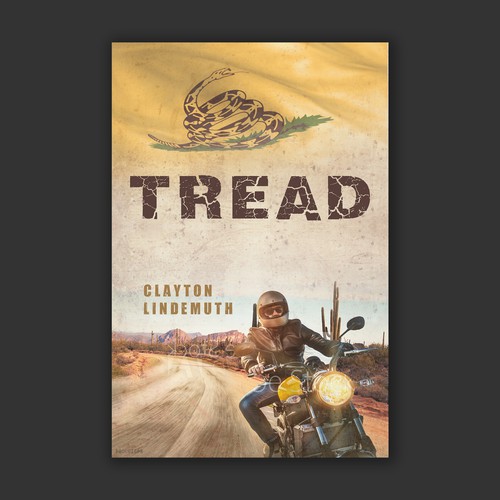 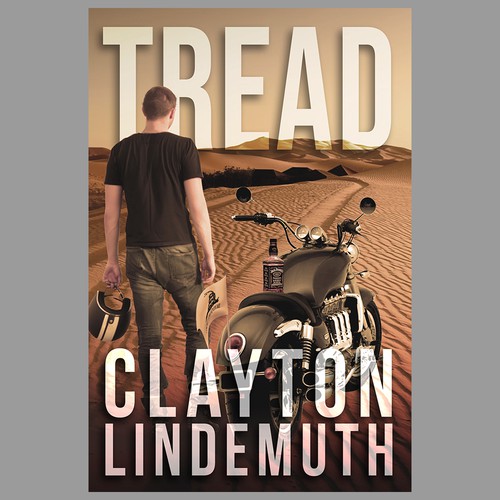 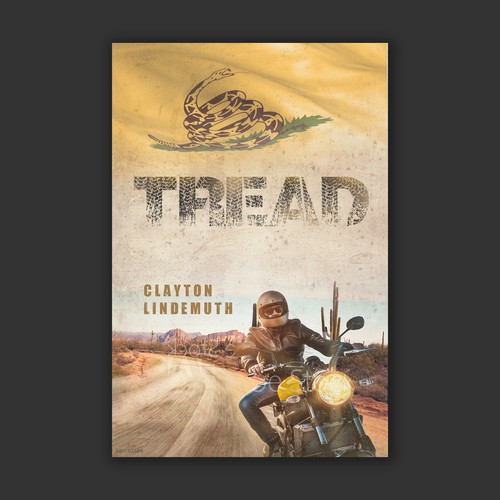 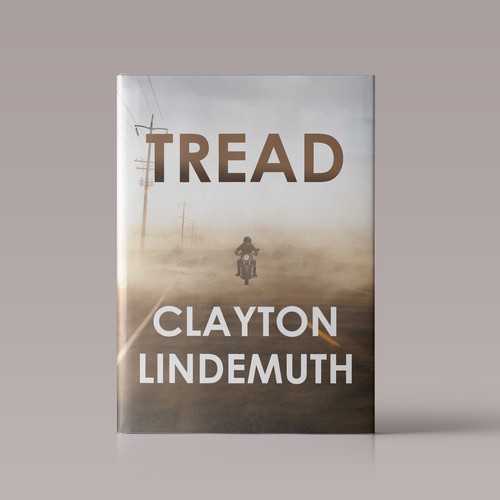 Prepare yourself for a battle of good and evil unlike any you've seen. With rave reviews from Publishers Weekly (starred review and best of the week), IndieNext List, Kirkus, BlueInk Review, Foreword Reviews, San Francisco Book Review, Seattle Book Review, Manhattan Book Review, Indie Reader and more, if you haven't read Clayton Lindemuth's unique brand of literary noir, what are you waiting for?

With an FBI sting on his misfit secessionist group closing in, Nat Cinder blasts from Flagstaff to Phoenix on his Triumph Rocket motorcycle. Soon he stumbles onto a packet of photos showing Governor Virginia Rentier lustily paired with three high-ranking women in state government.

Though Cinder and the Governor clashed sixteen years before when his wife died in a car accident, Cinder prefers to keep his dislike of Rentier focused on her politics. He’s too busy blaming himself for his wife’s death, fighting his way back into his son’s life, and leading a crew of beer guzzling rebels to become involved in an intrigue about the Governor’s sex partners.

But when the bullets fly, Nat asks questions, and learns his sudden war with the Governor traces back sixteen years. The photos were put in his path by a provocateur who knows Nat Cinder’s a rough-hewn rebel with enough weaponry cached across Arizona to start a revolution, and the secret at the bottom of his wife’s death will turn him into a powder keg.

The story elements are: Phoenix AZ desert, Gadsden flag, triumph rocket III motorcycle, Jack Daniels whiskey, the FBI, corrupt politicians (sorry, redundant.) One concept that might be interesting is a triumph rocket speeding away into a desert scene, blowing up the duest; the motorcycle has a gadsden flag planted on the back.
Also, this book ties in with My Brother's Destroyer. I want to have continuity between the covers, in terms of the placement of the title, fonts, my name, etc. I am particularly fond of titles that have depth to them, like the MBD cover. However, this book is not part of the series, so I'm not looking for it to be identical.

I hate covers that have a silhouette of a man facing away from us, down a road, bridge, parallel whatever.

I have increase the prize to make it a full cover instead of an ebook cover. This is the template.

Create a Cover for a Spiritual Book by a Best-Selling Author
US$ 300
Our target audience consists mainly of women (70%), aged 40+, interested in new age spirituality.
84
entries
19
designers
Looking for a Book Cover of 5 "Star" Quality
USD 259
Business and life coaches, speakers. Mostly women ages 40-75 who look for a short read for inspiration.
153
entries
24
designer
The Death of Neo-Darwinism
199 $
This is a hot topic and would be of interest to anyone in the academic community regardless of the discipline.
26
entries
11
Designer
The Sword & Mr. Stone -- a modern day search for Excalibur
$ 199
People interested in humor and fantasy.
43
entries
12
Designer
Mind blowing cover for a business and money title
$ 199
Most people reading the book are experiencing some financial strain. These readers are seeking practical advice on rest
79
entries
14
Designer
The Garden of Shadows and Bones
MX$ 10.099
My books are geared towards New Adult. They are mainly about dark fantasy with witches and magic.
62
entries
24
Designer

Comienza ahora
Mind blowing cover for a business and money title (second book in series)
USD 199
Most people reading the book are experiencing some financial strain. These readers are seeking practical advice on rest
104
entries
20
diseñadores
Design a rustic book cover for an international mystery/thriller!
669 $CA
Adults interested in mysteries, thrillers, noir, international adventure and travel
134
entries
32
designer graphistes
Atmospheric design for Scottish historical fiction e-book cover
£ 259
the target audience is generally male from ages of 25-40. Initially expected to be primarily UK based people that have h
32
entries
16
designers
Fresh book cover for a female lead mystery
US$ 399
women 25-45
78
entries
24
designers
Design a cover for "Messages that Mean the Most"- Inspiration for Finding Potential
US$ 199
Young persons in their twenties who have graduated and seeking direction and professionals in their thirties who seek in
37
entries
15
designers
Please help save a great book from a not so great first cover attempt :)
299 US$
Dads/grandpas, baseballl fans/parents, anyone interested in general comedy, sports fiction, 90s nostalgia.
23
entries
7
diseñadores
Más información sobre diseño de portada de libro o revista
Vea como funciona