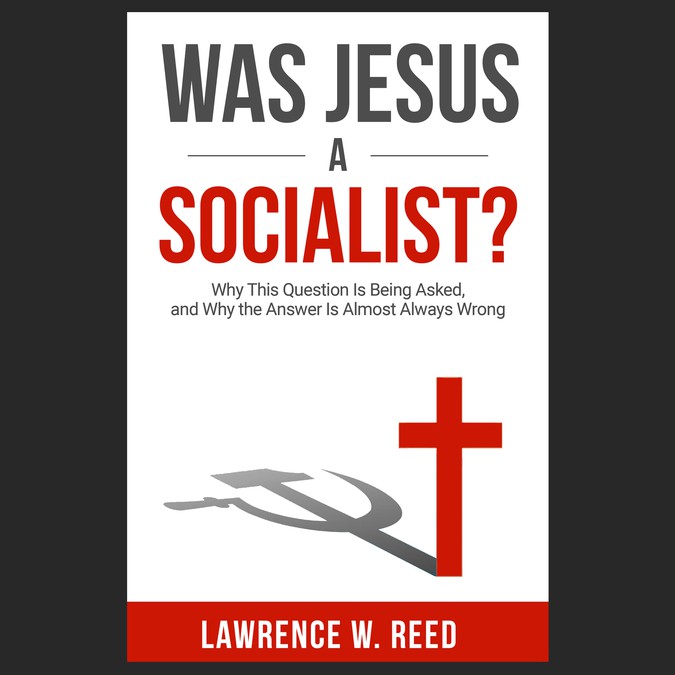 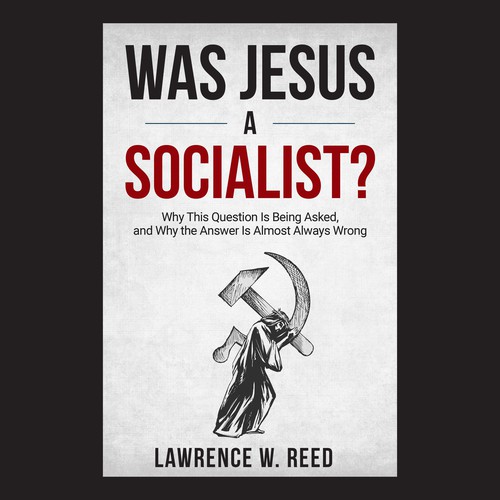 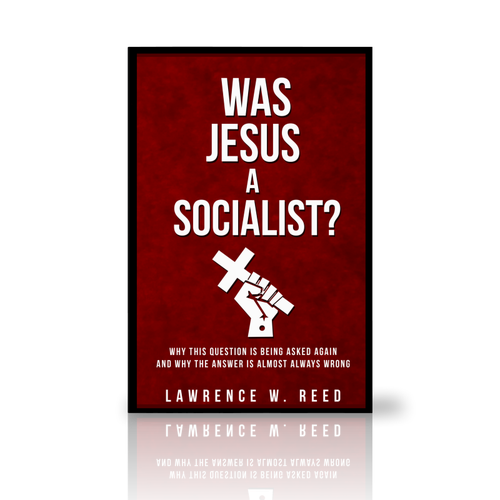 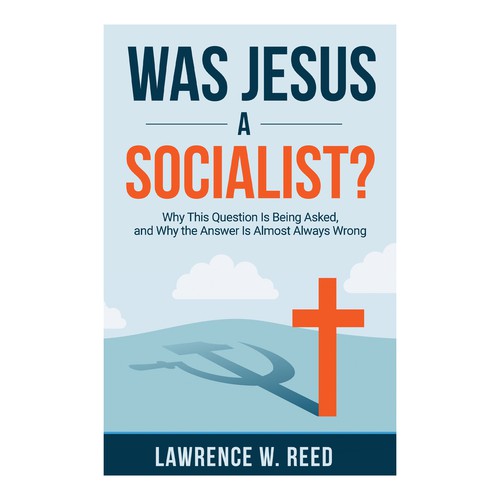 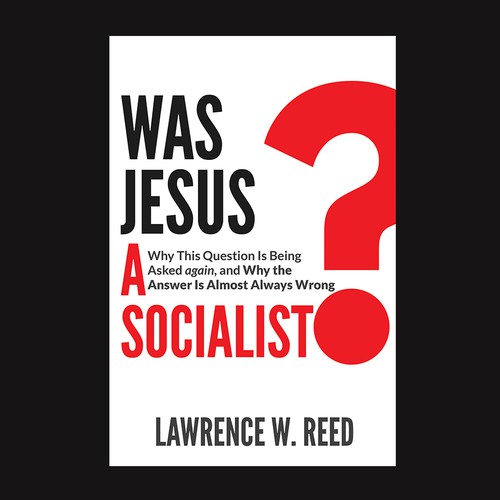 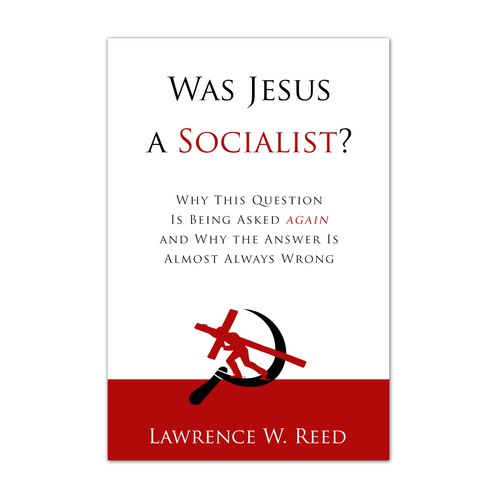 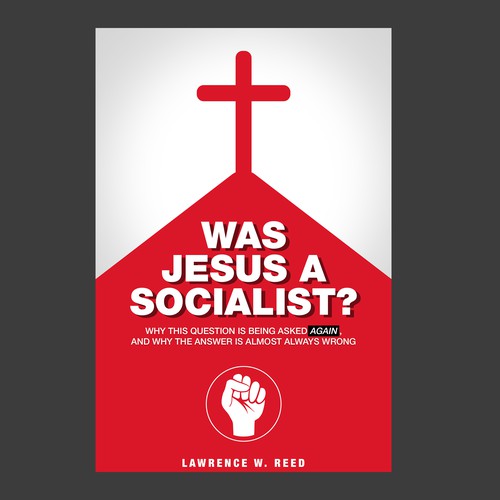 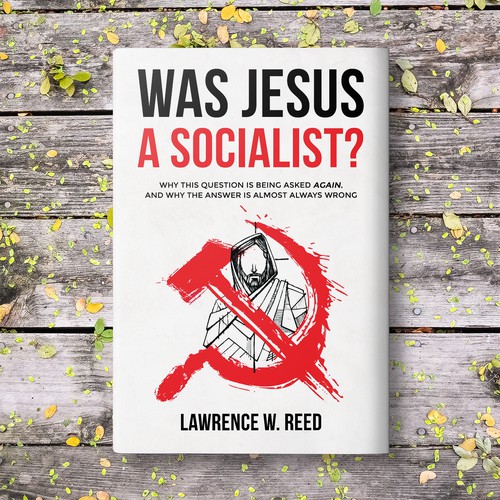 [TITLE] Was Jesus a Socialist? [PLACEHOLDER SUBTITLE] Why This Question Is Being Asked [ital]again[/ital], and Why the Answer Is Almost Always Wrong

Lawrence W. Reed is president emeritus of the Foundation of Economic Education (FEE) and the author or editor of several books, including *Excuse Me, ­Professor: Challenging the Myths of Progressivism* and *Real Heroes: Inspiring True Stories of Courage, Character, and Conviction* (ISI Books). Prior to joining FEE in 2008, he served for twenty years as president of the Mackinac Center for Public Policy. He also taught economics full-time for nearly a decade. A frequent guest on radio and television, Reed has written thousands of articles and delivers ­dozens of speeches each year. He has received the Distinguished Alumni award from his alma mater, Grove City College in Pennsylvania.

[SHORT DESCRIPTION] Socialism is making a comeback—and so is the idea that “Jesus was a socialist.” In this timely new book, Foundation for Economic Education president emeritus Lawrence W. Reed shows it is pure fantasy to believe that Jesus wanted earthly governments to redistribute wealth, centrally plan the economy, or impose welfare states.

[LONGER DESCRIPTION]
Economist and historian Lawrence W. Reed has been hearing people say “Jesus was a socialist” for more than fifty years. And it has always bothered him.

Now he is doing something about it.

This new book demolishes the claim that Jesus was a socialist. Jesus called on earthly governments to redistribute wealth? Or centrally plan the economy? Or even impose a welfare state? Hardly.

Point by point, Reed answers the claims of socialists and progressives who try to enlist Jesus in their causes. As he reveals, nothing in the New Testament supports their contentions.

*Was Jesus a Socialist?* could not be more timely. Socialism has made a shocking comeback in ­America. Poll after poll shows that young Americans have a positive image of socialism. In fact, more than half say they would prefer living in a socialist country to a capitalist one.

And as socialism has come back into vogue, more and more socialists have tried to convince us that Jesus was a socialist.

This rhetoric has had an impact. According to a 2016 poll by the Barna Group, Americans think socialism aligns better with Jesus’s teachings than capitalism does. When ­respondents were asked which of that year’s presidential candidates aligned closest to Jesus’s teachings, a self-proclaimed “democratic socialist” came out on top. Sure enough, the same candidate earned more primary votes from under-thirty voters than did the eventual Democratic and Republican nominees combined.

And in a 2019 survey, more than 70 percent of Millennials said they were likely to vote for a ­socialist.

*Was Jesus a Socialist?* expands on the immensely popular video of the same name that Reed recorded for Prager University in July 2019. That video has attracted more than four million views online.

Ultimately, Reed shows the foolishness of trying to enlist Jesus in *any* political cause today. He writes: “While I don’t believe it is valid to claim that Jesus was a socialist, I also don’t think it is valid to argue that he was a capitalist. Neither was he a Republican or a Democrat. These are modern-day terms, and to apply any of them to Jesus is to limit him to but a fraction of who he was and what he taught.”

High-school and college age readers of myth-busting conservative/libertarian books like the author’s *Excuse Me, Professor* and Wilfred M. McClay's *A Student's Guide to U.S. History*

Conservative Christians who embrace books like Robert P. George's *Conscience and Its Enemies* and Art Lindsley and Anne Bradley's *Counting the Cost: Christian Perspectives on Capitalism* and *For the Least of These: A Biblical Answer to Poverty*

Format for file delivery: InDesign files are ideal; if you work in Photoshop and win the contest, please deliver the raw files (.eps) with layers and links, not just a tiff or PDF.

We're looking for an eye-catching cover that conveys that this is an accessible but authoritative book that busts myths that many socialists and progressives popularize.

It should appeal to high-school and college-age readers, but that doesn't mean it should be trendy or should pander to young people's tastes.

A simple icon-driven or all-text approach might work (although don't feel restricted to those approaches). The author did a video for Prager University on the question "Was Jesus a socialist?" I have attached a still from that video to show a simple cross icon they used, in case that provides inspiration. See the whole video here: https://www.prageru.com/video/was-j…socialist/

By the same author: EXCUSE ME, PROFESSOR: https://www.amazon.com/Excuse-Me-Pr…574652/ref

THE CASE AGAINST SOCIALISM: https://www.amazon.com/Case-Against…954865/ref

THE PROBLEM WITH SOCIALISM (although this cartoony approach probably won't work for our book): https://www.amazon.com/Problem-Soci…575896/ref

CONSCIENCE AND ITS ENEMIES: https://www.amazon.com/Conscience-I…171411/ref

Also, this is NOT a religious book. Although it will appeal to many Christians, the point of the book is to debunk arguments that socialists and progressives make to advance their economic and political causes. So this book should not look like an apologetic or a spiritual guide or a religious confessional. So no clouds or halos or white lights or gates of heaven.

Comienza ahora
paper back and ebook cover
GBP 319
Someone is reading this book to understand how to get the best loan offer by boosting his three-digit credit score. He m
43
entries
8
diseñadores
Book cover for non-fiction
199 USD
162
entries
14
designer
Book cover for non-fiction
USD 199
156
entries
13
diseñadores
paper back and ebook cover
319 £
Someone is reading this book to learn the most effective way to write a to-do list that will keep them motivated and pro
51
entries
20
Designer
The Stack Tester Diaries
£ 239
Family
38
entries
14
designers
Captivating cover for the book "The Way Home"
299 $US
People in general interested in life stories. People that struggle with addiction.
121
entries
49
designer graphistes
Más información sobre diseño de portada de libro o revista
Vea como funciona