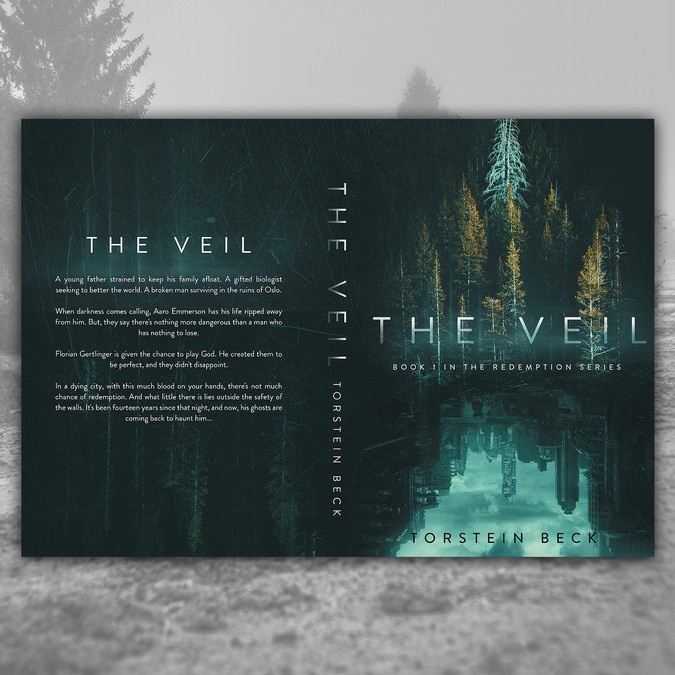 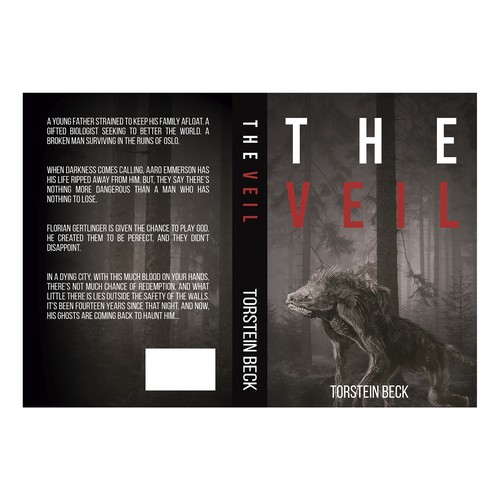 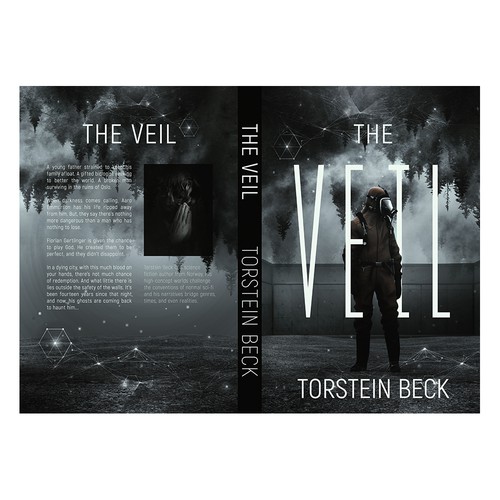 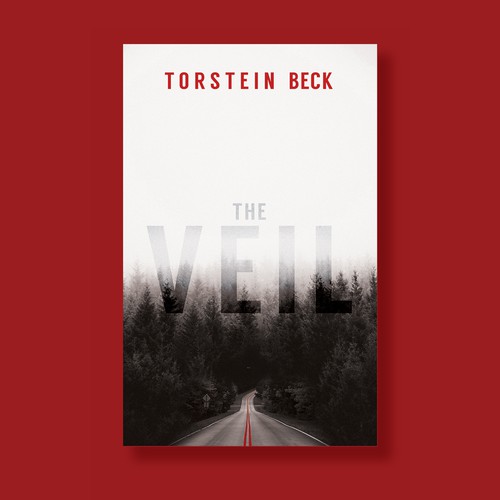 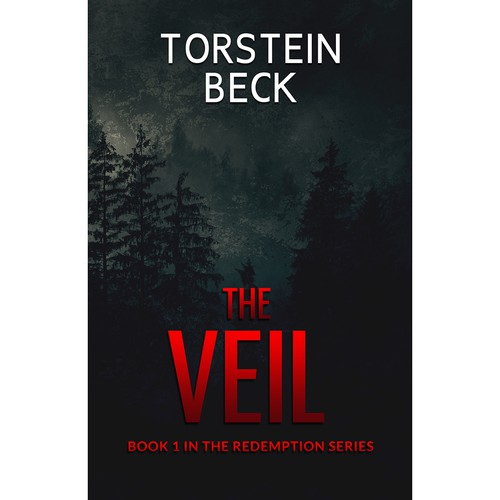 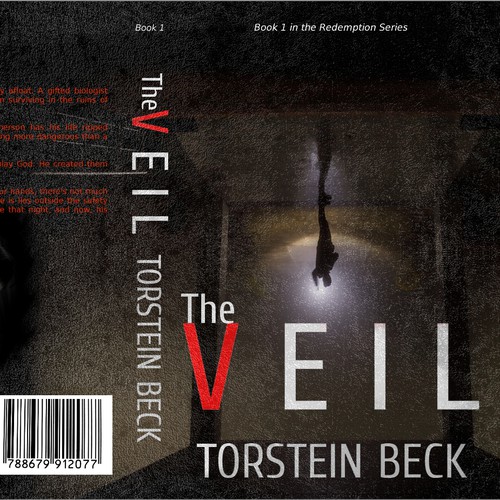 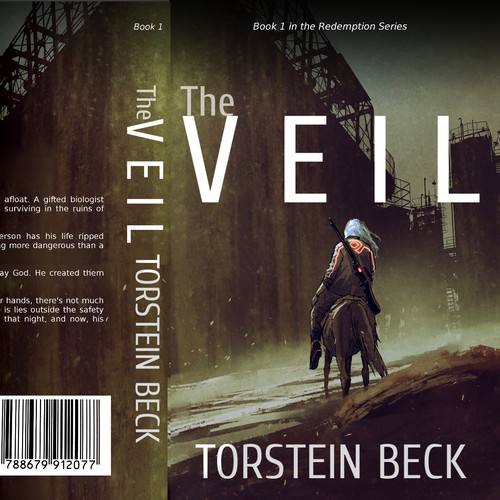 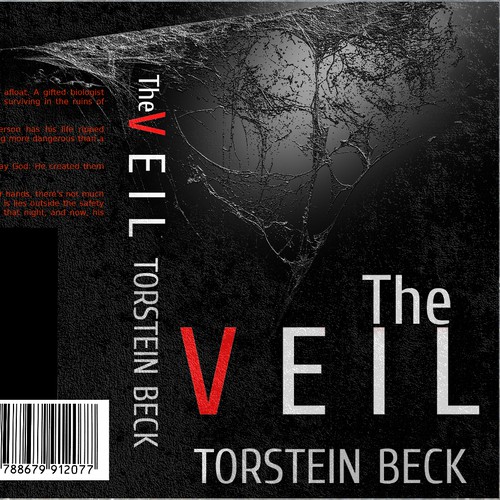 Torstein Beck is a science fiction author from Norway. His high-concept worlds challenge the conventions of normal sci-fi and his narratives bridge genres, times, and even realities.

A young father strained to keep his family afloat. A gifted biologist seeking to better the world. A broken man surviving in the ruins of Oslo. The veil has been lifted, and what lies beyond is too much for humanity to bear. We created them when we had everything to gain, and now, they've come to remind us of what we have to lose.

Other books that are doing well in this sort of genre, with this type of audience tend to be quite monochrome -- heavy black and white, with a splash of colour to set it off. I'd be happy to go with a sort of black and white, dark and horror-esque sort of cover with a solid but understated blood-red in there to give it a bit of a kick. Usually, the titles of these books are in a thick sans serif font white on a black background just to give them a bit of pop in the ads.

Seeing as this is set in Oslo and Norway, I'd be happy to see some pine or fur trees if you wanted to go eerie, but preferably something more than just a stock photo of a forest with text over it.

There's a pivotal scene where they're travelling a road to Oslo and hit a huge concrete wall that's been erected around the city, so if you want to take cues from that you can. Otherwise, there are biopunk influences, so anything sort of biological could be cool.

Or, in the opening, some bad stuff happens at the protagonists house in a quiet suburb. He comes out in the morning to find peoples doors all smashed in, windows broken, police cars abandoned, that sort of thing. A front door broken on its hinges, some claw marks (understated if possible), or a street like above might be interesting, though it's hard to say how this sort of thing will look or play. Check out the inspiration images of the charts above and note the ones I've mentioned for stylistic cues and then see if anything comes to mind.

The 'monsters' in the books themselves are a hybrid between a wolf and a lizard (bear with me), and while there's a long explanation to why this is in the book, they're not really referred to in all that much detail. The terror is in the unknown I guess. But either way they're big, black, teeth and claws, with snake-like eyes and long tails... I'd be happy to keep them off the cover in all honesty, but if you can subtly work it in and you think it'll make a good addition, then go for it.

At the end of the day, the narrative is three parts from three perspectives, so I think something dark, unnerving, and abstract might be a good way to go so the cover isn't too focused on one person. But then again, a silhouetted figure facing away seems to be a popular trope. But hey, you guys are the experts, so I'll leave it up to you. Keen to see what you come up with!

There'll be three books in the series, so whoever I choose now will need to be able to design the sequels in the same style.

I have a site that I've been putting together for the author (penname), and I'll include some screengrabs from it so you can get a sense of the sort of mood I'm looking to strike. But don't take too heavy cues from it. I'd rather see you guys do what you do best!

Any questions, please get in touch. I can't wait to see what you come up with.

I think I've covered it all. But, uh, serif fonts, I guess. And you can keep an author photo off the back, too. It's mainly like that so you can't recognise me (as I work as an author for a publisher and have my actual name and face on their page and site).

Comienza ahora
The Death of Neo-Darwinism
199 $US
This is a hot topic and would be of interest to anyone in the academic community regardless of the discipline.
26
entries
11
designer graphistes
The Sword & Mr. Stone -- a modern day search for Excalibur
199 $
People interested in humor and fantasy.
43
entries
12
Designer
paper back and ebook cover
£ 319
Someone is reading this book to learn the most effective way to write a to-do list that will keep them motivated and pro
51
entries
20
Designer
The Stack Tester Diaries
£ 239
Family
38
entries
14
designers
Design a cover for "Messages that Mean the Most"- Inspiration for Finding Potential
$ 199
Young persons in their twenties who have graduated and seeking direction and professionals in their thirties who seek in
37
entries
15
Designer
Captivating cover for the book "The Way Home"
299 US$
People in general interested in life stories. People that struggle with addiction.
121
entries
49
diseñadores
Más información sobre diseño de portada de libro o revista
Vea como funciona