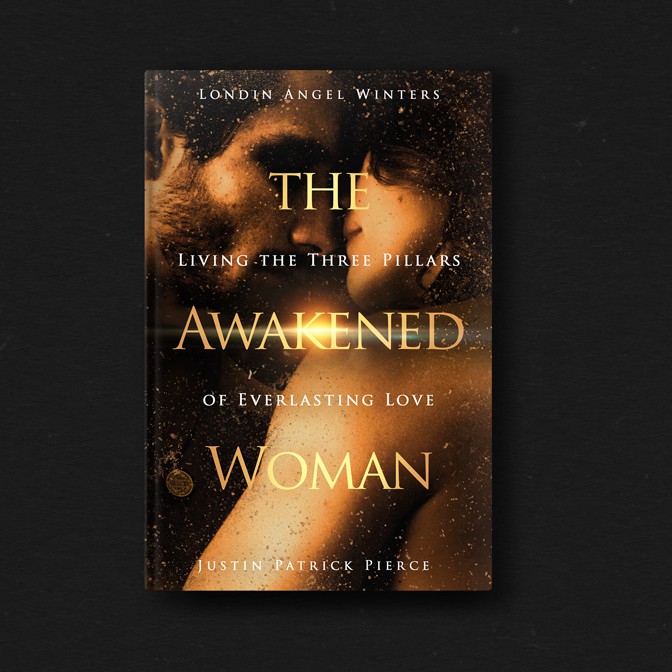 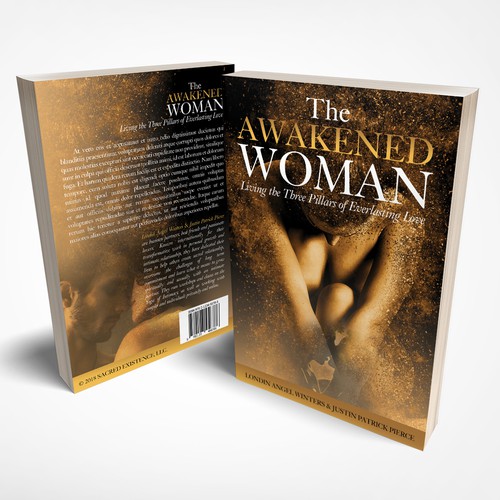 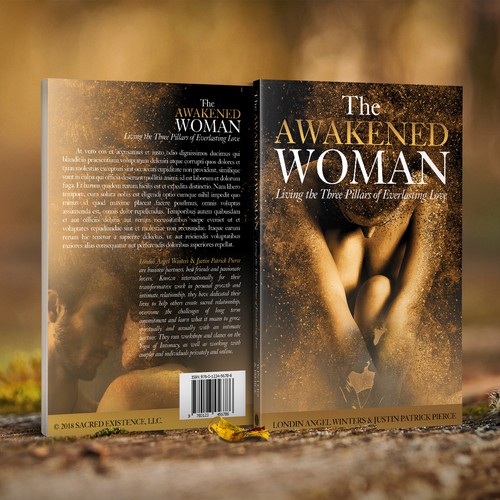 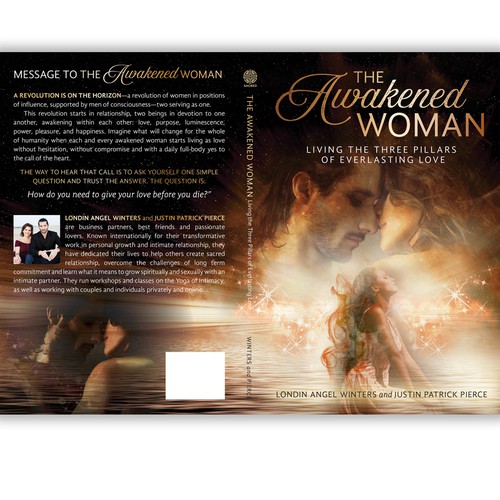 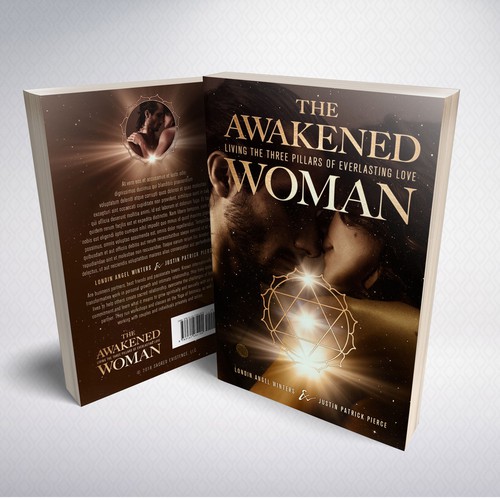 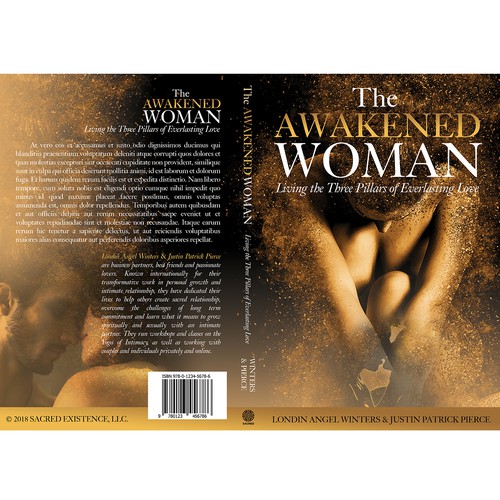 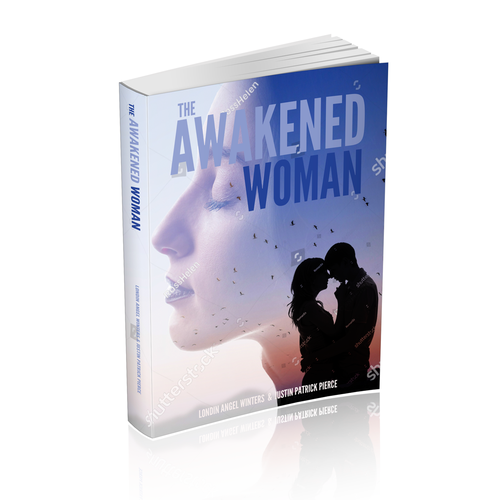 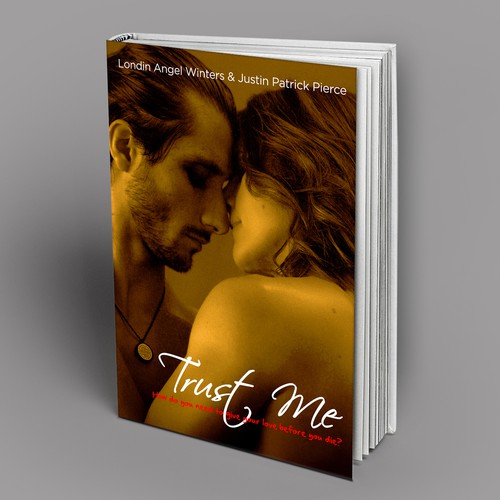 The Awakened Woman: Living the Three Pillars of Everlasting Love

Londin Angel Winters and Justin Patrick Pierce are business partners, best friends and passionate lovers. Known internationally for their transformative work in personal growth and intimate relationship, they have dedicated their lives to help others create sacred relationship, overcome the challenges of long term commitment and learn what it means to grow spiritually and sexually with an intimate partner. They run workshops and classes on the Yoga of Intimacy, as well as working with couples and individuals privately and online.

This book is written by a man and a woman who are 14 years apart, and who have studied and live the practices of sacred intimacy. While this book is spiritual in essence, it is NOT RELIGIOUS. It's raw, real, and gritty, and is not associated with any specific religion or traditional spiritual system. It applies ancient spiritual principles to the modern relationship.

What Londin and Justin present in the book is this new model that allows for both men and women to embrace their full power inside of relationship, and how to keep polarity (erotic passion) alive by using a system they call "The Three Pillars of Sacred Relationship." The book maps out these 3 pillars in detail, using real life examples and step by step practices and teachings. The tone of the book is very deep and heavy, (could easily cause the reader to cry at times and will feel like an intense personal growth workshop) and it is very delicately balanced with a fun, playful, light-hearted humor that is peppered throughout the book. It doesn't take itself too seriously, but the message is very powerful and spiritual in its essence.

(below is the short introduction of the book)

"Message to the Awakened Woman

Justin and I wrote this book for the awakened woman—a woman who is understanding life on new terms, who has achieved the same things men are used to achieving, but might feel unmet by career alone, and long for deeper love.

She may even feel at odds with herself. One part of her—the purpose-driven part—has been totally liberated, loves that nothing is stopping her from creating anything she wants; but her heart stands divided because the other part of her—the love-driven part—stares at the ceiling at night crying for more. It longs to be cherished, seen and claimed.

This book is for the next generation of women who are stepping into sharing power with men. These women have a choice: they'll either model patriarchal trends of ruling, disembodied and dominating, or they will create something we've never seen before, where the tenderness that lives in every woman's heart becomes the thing that makes the difference.

The awakened woman cannot cut herself off from her body. Her heart won’t let her. So she awakens through love. She calls in a deep man who opens her more than she can open herself. He peels back her layers, helping her find divine surrender, giving her the ability to tune more clearly to the wisdom that lies within her than she could on her own. She goes back into her power position the next day, wide open and connected to the divine, and creates something the world has never seen.

This is a powerful time in history. Women have the opportunity to step into their destiny as leaders without losing the precious love-driven side of them. It is the desire for love which leads them into partnership, and partnership is what nourishes them as they lead. I know for myself I would not be able to stand in half of the luminescent power that I hold if it wasn't for my relationship with Justin. It is not my power—it's the power of the two of us as a channel that is coming through me. It's not me and it's not him, it's both. It's the checks and balances of each other’s perspectives. It's the opening we create together, an awakening for each of us that's not possible without the other.

A revolution is on the horizon—a revolution of women in positions of influence, supported by men of consciousness—two serving as one.

This revolution starts in relationship, two beings in devotion to one another, awakening within each other: love, purpose, luminescence, power, pleasure, and happiness. Imagine what will change for the whole of humanity when each and every awakened woman starts living as love without hesitation, without compromise and with a daily full-body yes to the call of the heart.

The way to hear that call is to ask yourself one simple question and trust the answer. The question is:

How do you need to give your love before you die?"

The image files attached are examples of book designs that have been created for this project but have been REJECTED. We felt these titles lacked the depth (seriousness and authenticity) we were looking for, and that the designs and stock photographs felt very cliché, cheesy, or too religious/conservative for the content of the book. PLEASE AVOID THESE DESIGNS—and if stock photography is used, it is best for it to be abstracted and not too literal.

Comienza ahora
Join my adventure in love & erotica. Design a hot cover for this intellectual romance.
USD 399
Women or Men between 18 and 99. People who love to read erotica and steamy romance. The book is set in Portland, Oregon.
141
entries
26
designer
Simplistic cover design for self-help book
USD 299
This self-help book is gender neutral, and can help adults as well as young adults.
151
entries
41
diseñadores
Shirley's Book Cover
329 USD
61
entries
14
designer
Book Cover - "A Brave Heart by William Wallace", a memoir of recovering from traumatic ski accident
1.199 $
The book is for people who have been dealt a serious setback in life and are looking for motivation or guidance on how t
125
entries
16
Designer
Simple Strong Typography Book Cover
AU$ 399
152
entries
47
Designer
Coming Out with Christ - (A Spiritual Journey To Finding My Resurrected Identity)
$399
“A must-read life story of love and grace for our LGBTQ people, and every pastor, church leader, Christian, family membe
81
entries
17
diseñadores
Más información sobre diseño de portada de libro o revista
Vea como funciona