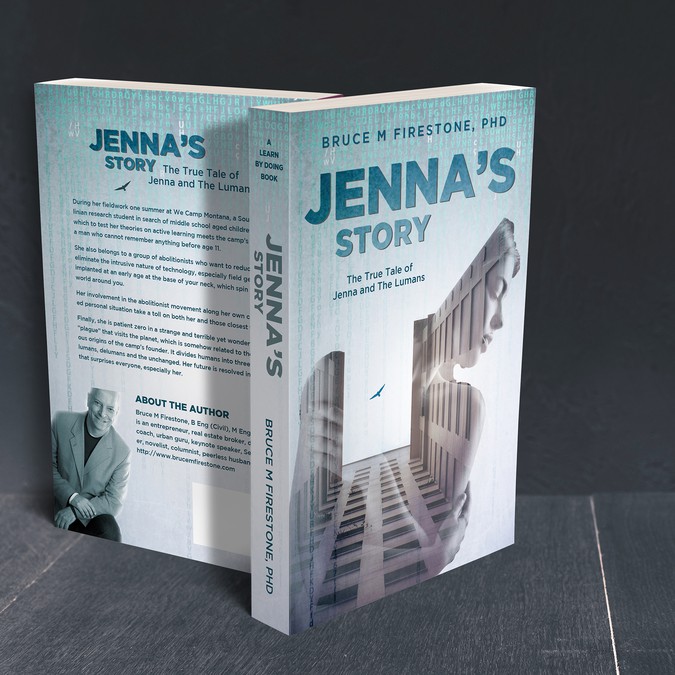 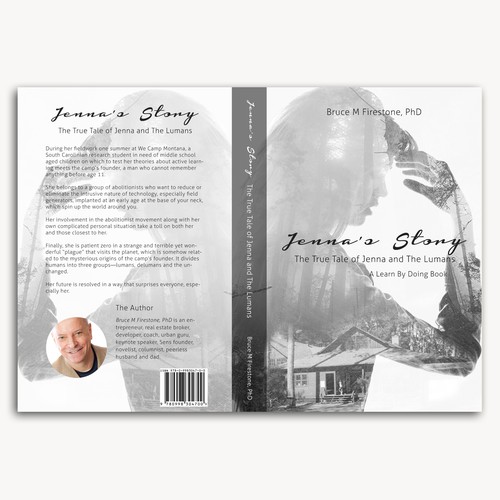 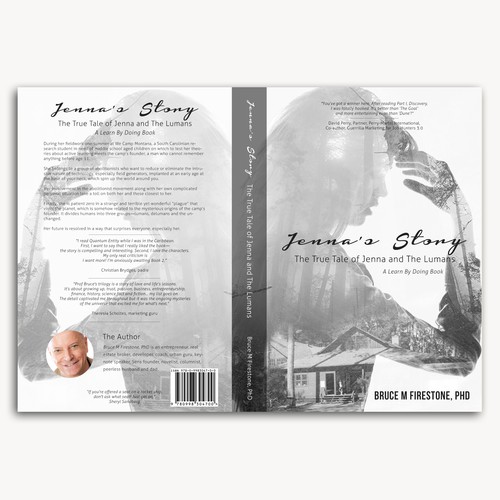 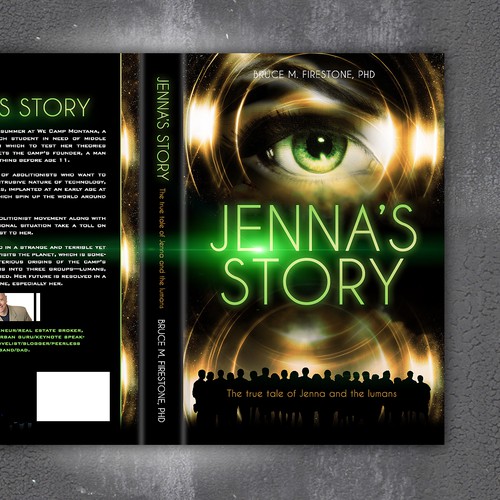 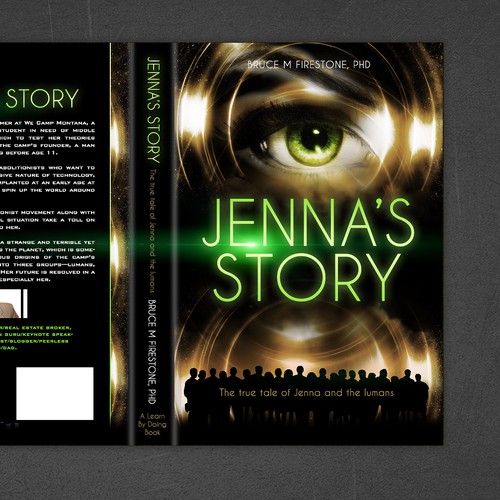 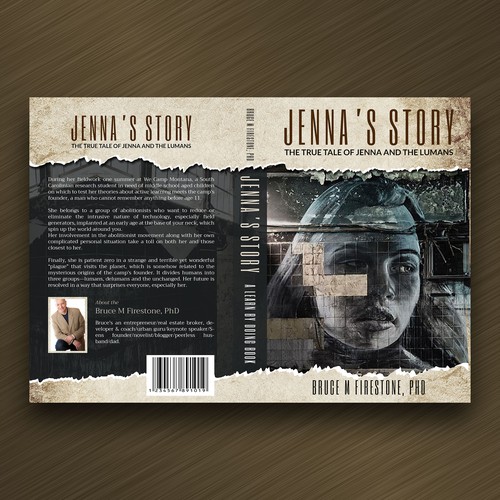 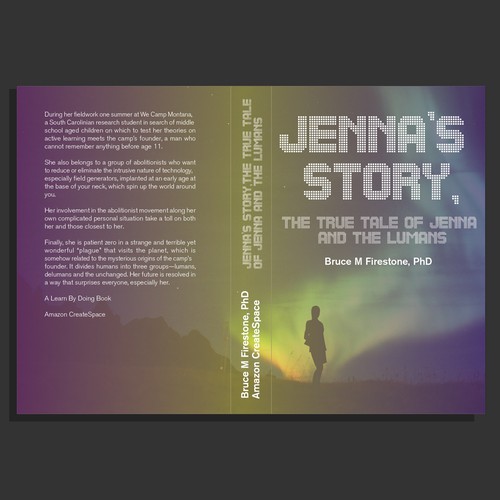 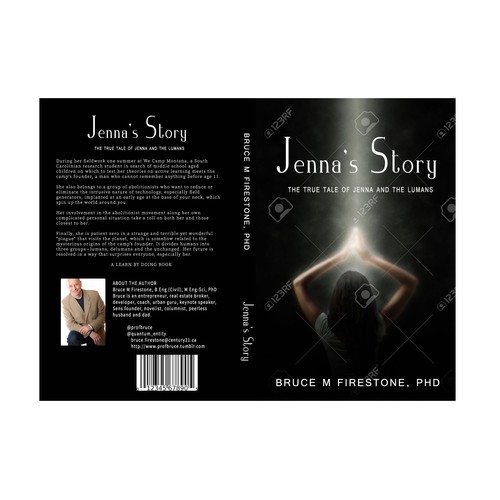 Jenna’s Story, the true tale of Jenna and the lumans

This is the true tale of Jenna McConnell, a research student in the University of South Carolina Upstate’s department of education, whom we first meet during the summer of 2172 while she’s working as a senior staffer at We Camp Montana.
We Camp Montana is the first in a chain of similar operations created by San Francisco-based founder Tom Hatch, who on a routine tour of his mini empire now worth billions, meets Ms McConnell. Shortly thereafter, they begin a disastrous (for Mr Hatch) relationship.
We Camp has somehow learned how to turn troubled or overweight or hyperactive kids around by getting them involved in active learning situations—they not only learn their lessons, they’re able to internalize them to the point where they can act independently to the everlasting amazement of their parents.
Nearly everyone has a field generator implanted at the base of their neck at the top of their spine, usually around the time they start walking and talking—so they can learn to control it instead of, say, using it to destroy a city.
It’s unobtrusive—these fields (sometimes called shields) are smart, embedded pretty much everywhere, without any moving parts and largely invisible. Houses, furnishings, vehicles, even clothes are generated by fields so they can change shape, color, content, in just a few seconds or micro seconds as different apps are deployed from the universal field generator platform run by the Aye (which is what everyone calls “AI”, artificial intelligence, these days). They can do much more besides.
Jenna, however, is one of the abolitionists—a growing group of people who oppose use of personal field generators because of their unknown longterm health impacts, and the fact that a life lived inside a protective bubble is one that is lacking in creativity, ambition and real experiences.
Her involvement in the abolitionist movement along her own complicated personal situation take a toll on both her and those closest to her. There is desire, betrayal, madness and redemption.
Finally, Jenna is patient zero in a strange and terrible yet wonderful “plague” that visits the planet, which is somehow related to the mysterious origins of Tom. It divides humans into three groups—lumans, delumans and the unchanged. A war ensues, as it will whenever the number 3 becomes involved with human affairs.
Jenna’s future is resolved in a way that surprises everyone, especially her.

Top 10% smartest people in the anglosphere.

The challenges the lead characters face are coming from either alien influences or God, they're not sure which.
This novel is set in the future--about 150 years.
Jenna, the main character should figure prominently in the design. I have uploaded a picture that gives her basic look.

The book will be 6" wide and 9" high. It is about 450 pages so the spine will be about 1" and a 1/4". It's a story about love, runaway technology, unstoppable concentration of wealth, resistance, rebellion and redemption.

Jenna, the central character, is earthy, athletic, funny and gutsy. I have uploaded an image of her, a version of which, if possible should be included in the design.