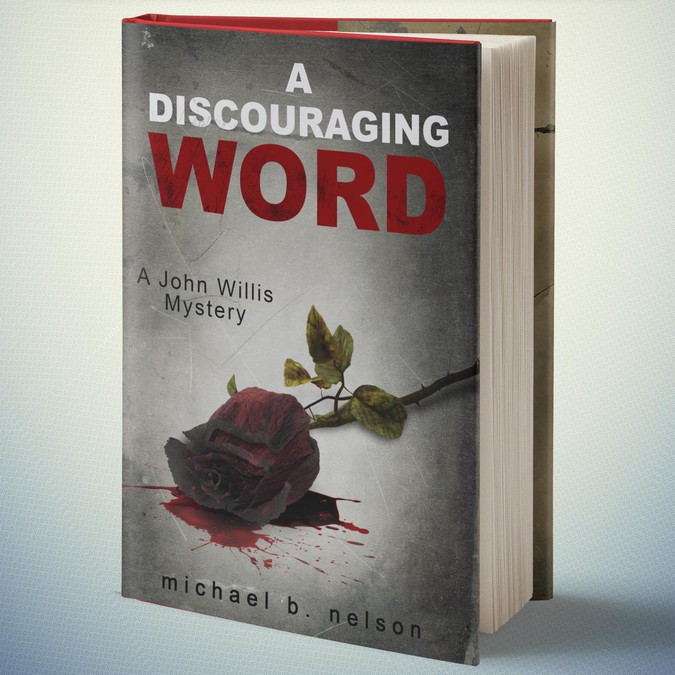 Design a Book Cover for the Mystery 'A Discouraging Word.' 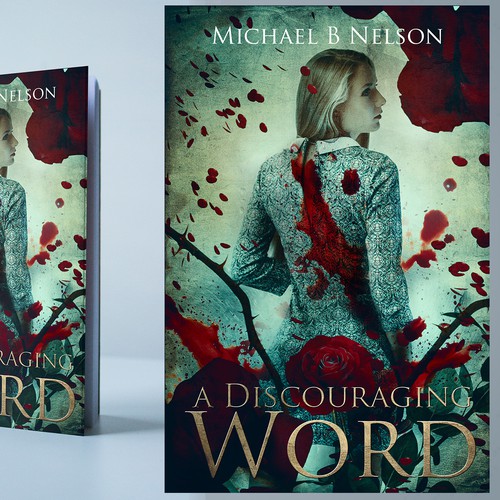 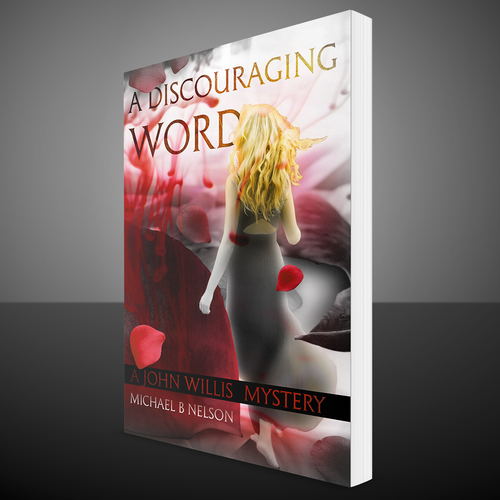 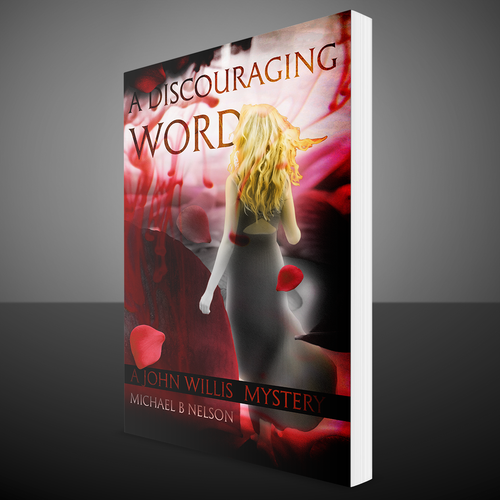 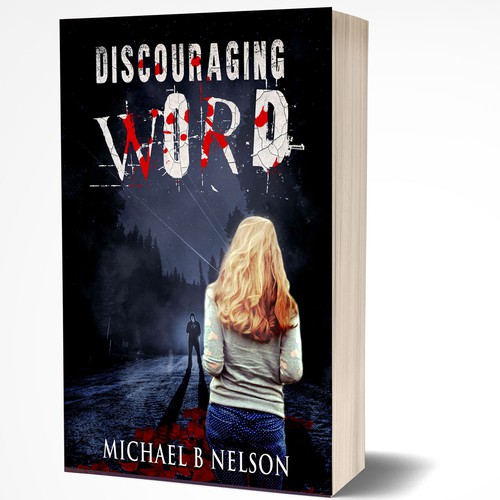 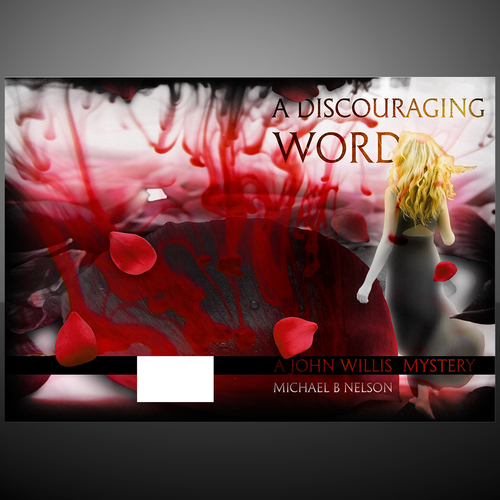 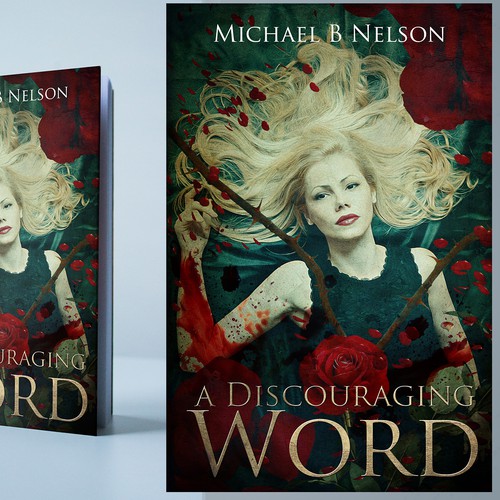 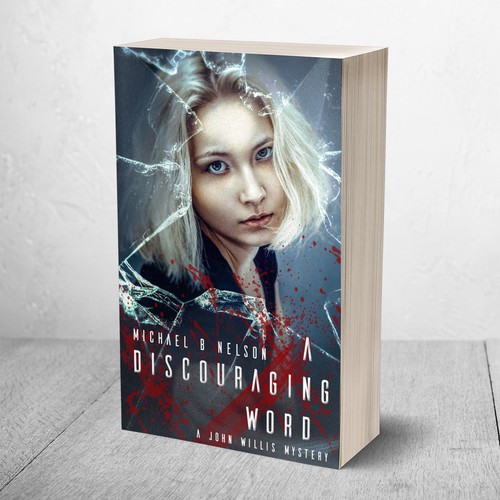 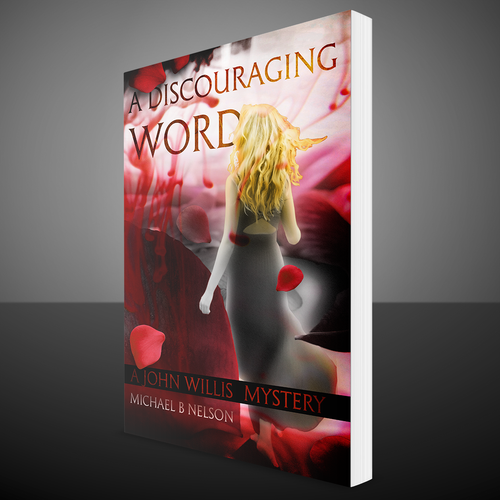 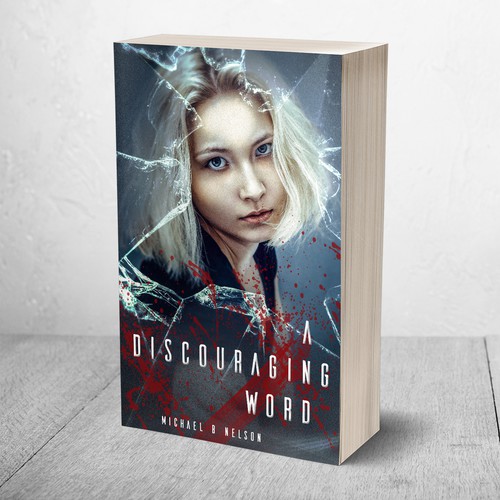 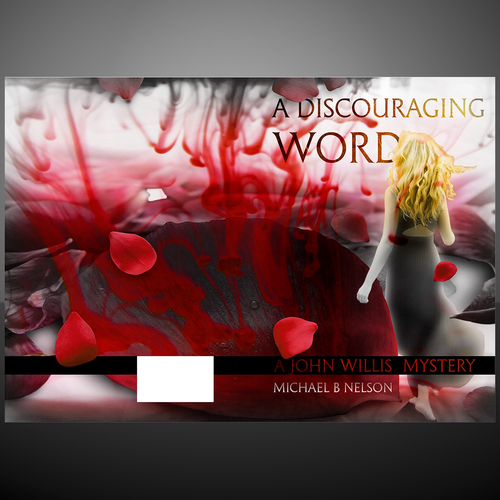 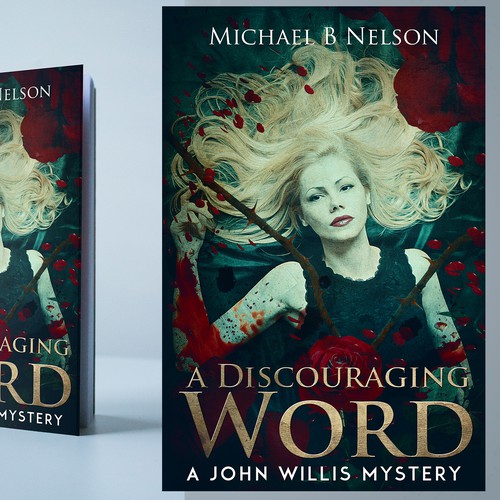 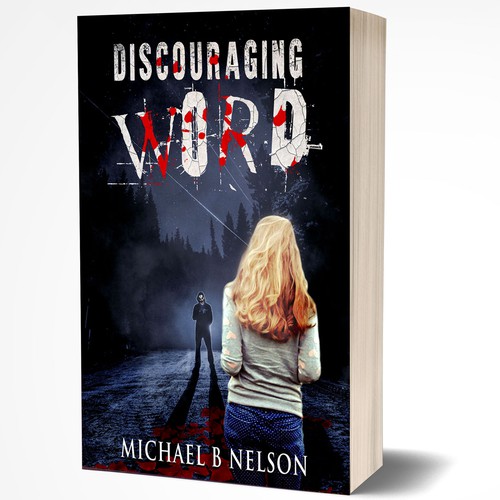 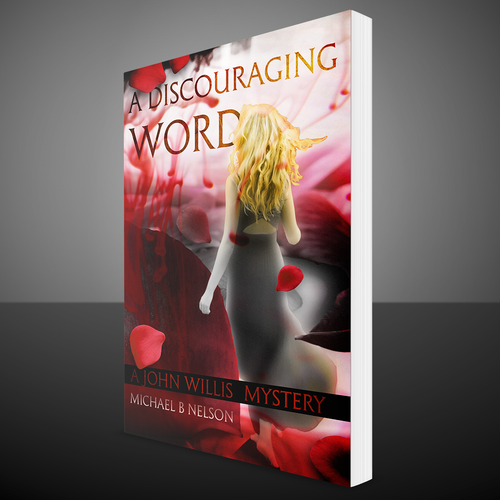 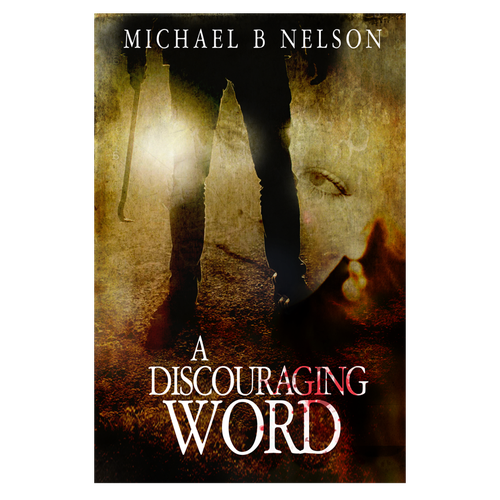 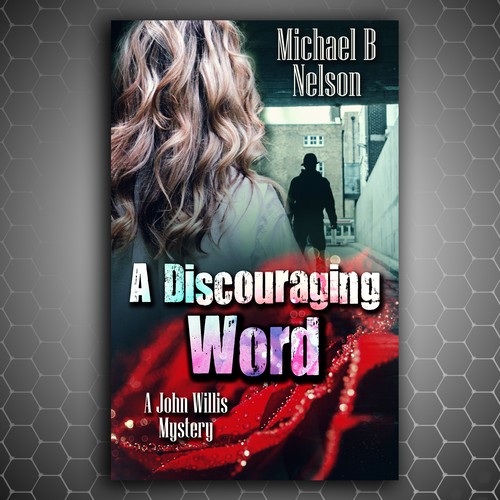 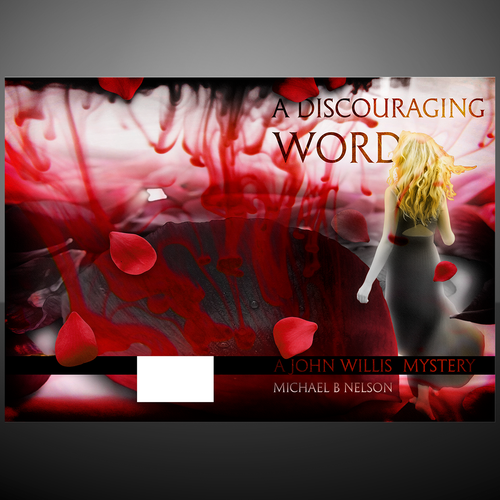 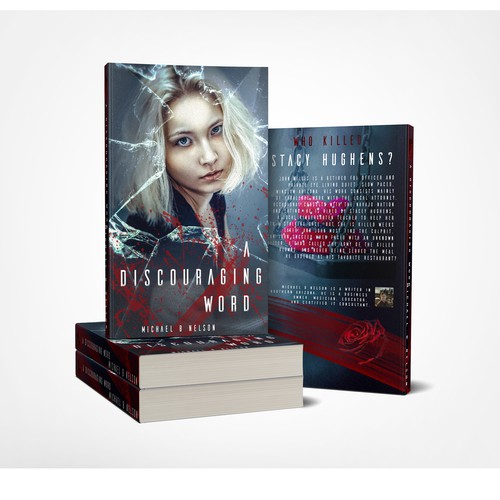 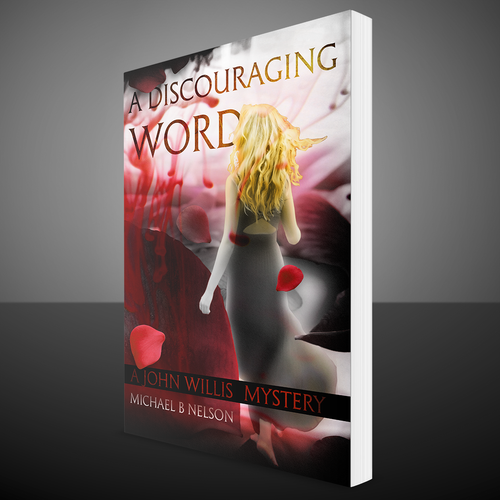 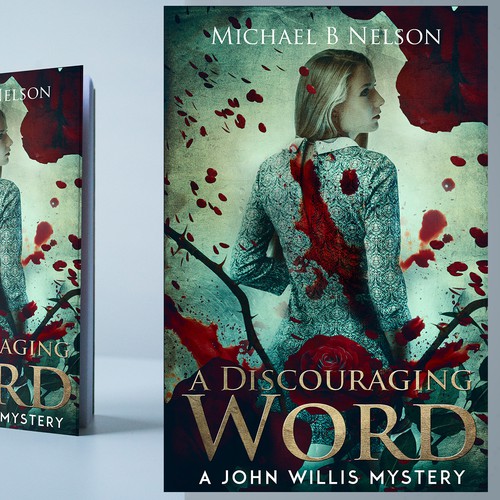 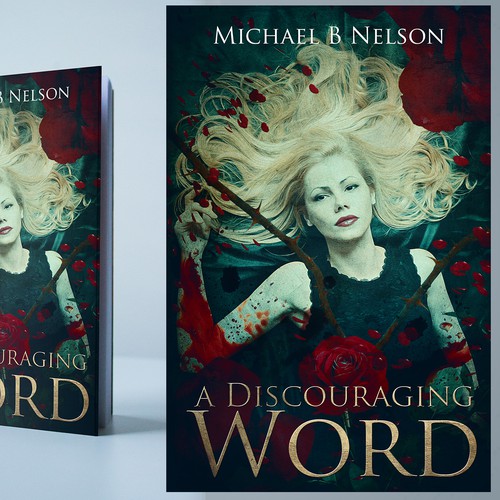 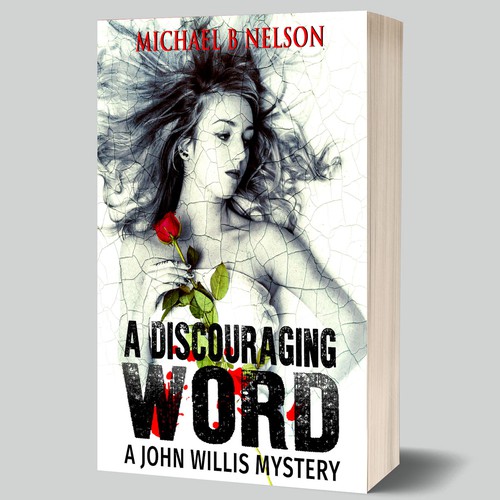 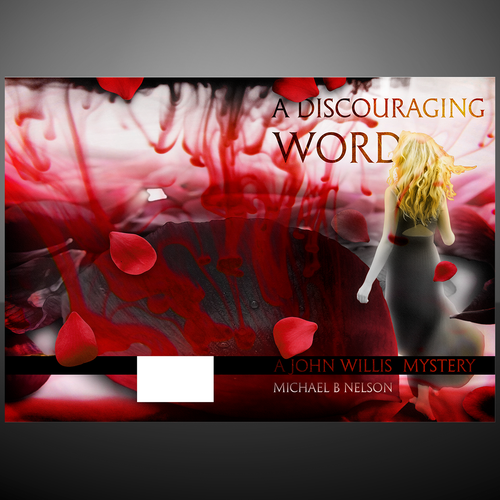 Michael B Nelson is a writer in Northern Arizona. He is a business owner, musician, educator, and certified IT consultant.

John Willis is a retired FBI officer and private eye living quiet, slow paced, Winslow Arizona. His work consists mainly of paralegal work with the local attorney, occasional consults with the Navajo Nation PD, and eating. He is hired by Stacey Hughens, a local kindergarten teacher to help her with a stalking case, but she is killed weeks later, and John must find the culprit. Can John succeed when faced with an unknown killer, a gang called the Army of the Killer Klowns, and never being served the meal he ordered at his favorite restaurant?

Stacy Hughens is a Kindergarten Teacher. She has light curly long blonde hair ie Amanda Seyfried. There's a secondary plot that involves the Army of Killer Klowns, a local Native American gang who is very violent and has killed Native American Youth during intiation ceremonies. They wear makeup (think insane clown posse), and terrorize John throughout the book.

John is a large man, friendly, affable. I would cast John Goodman in the role. I'd like the cover to have scary and amusing elements...scary clowns, kindergarten building blocks or something...John is a funny guy thrust into a very scary story where the Army of Killer Klowns cut peoples heads off and burn them in fires...

Edit: I see a lot of killer clown covers but the main plot of the book revolves around the kindergarten teacher who is killed. I'd like to see some options with having the blonde teacher staring away from the camera at the center. She is stalked by someone who leaves roses so I'd like to feature a rose or rose petals or rose thorns around the central figure. Clowns ARE an element of the book and are a part of the climax but Im not sure that should be the only focus of the cover.

Anyone who enjoys Mysteries.

I'd like a cover that conveys the suspenseful nature of the book. I have a membership for Adobe Stock, so please use assets from there and I can supply what is needed.