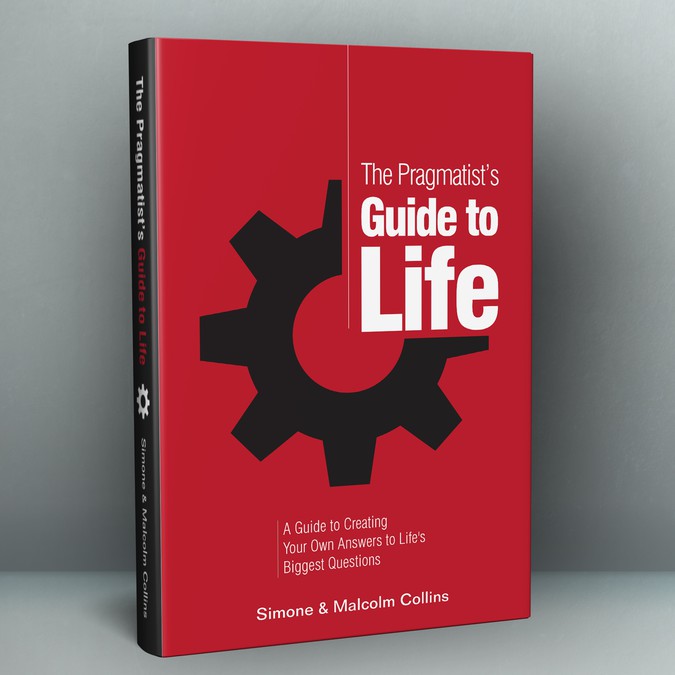 Design a Book Cover for The Pragmatist's Guide to Life 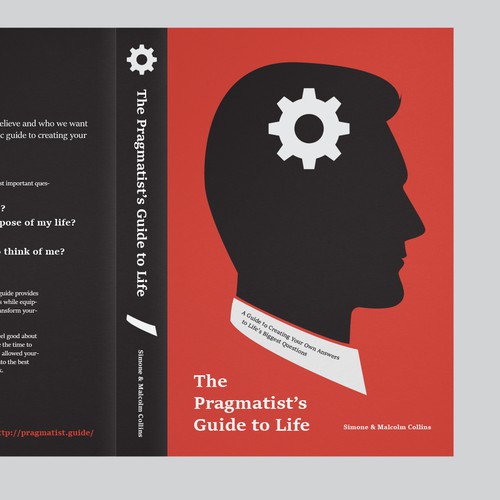 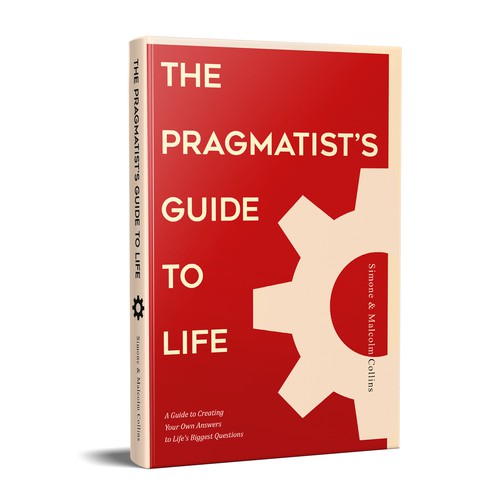 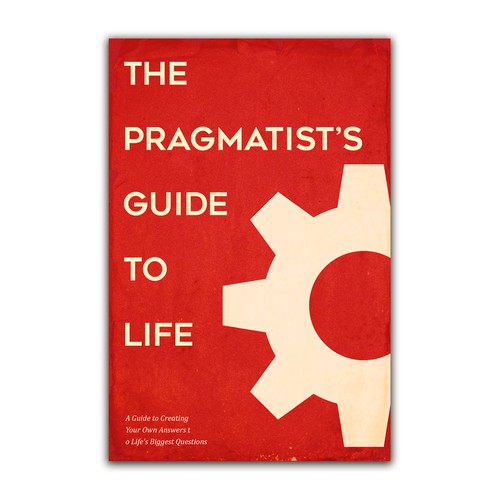 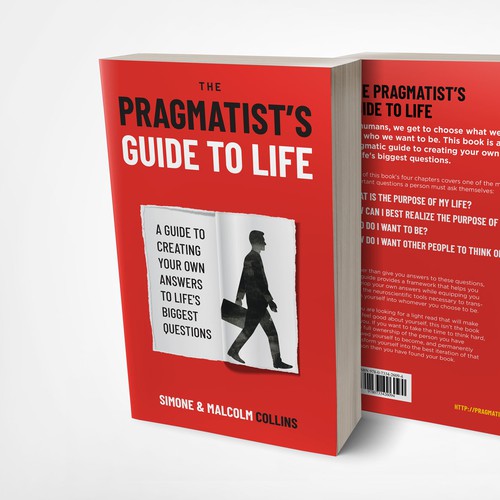 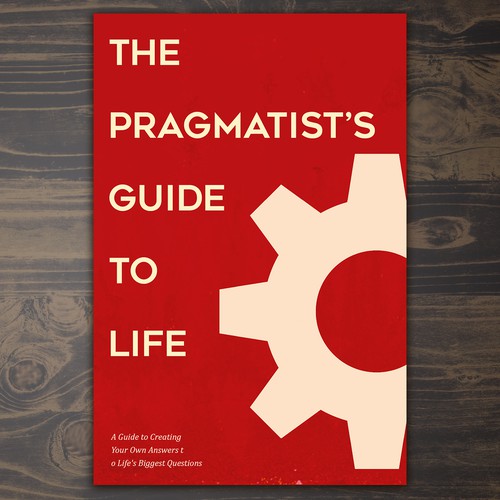 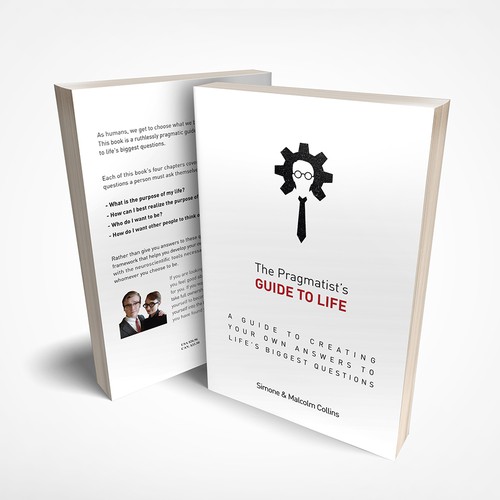 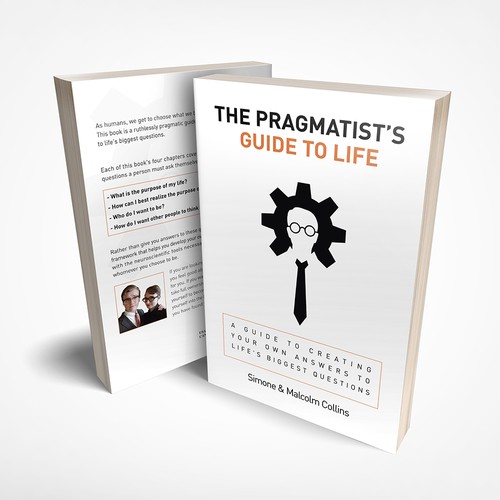 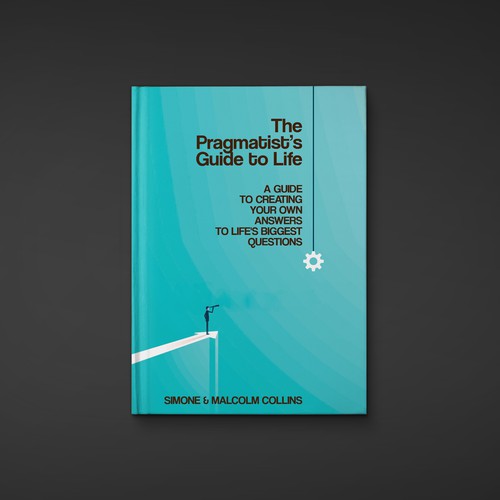 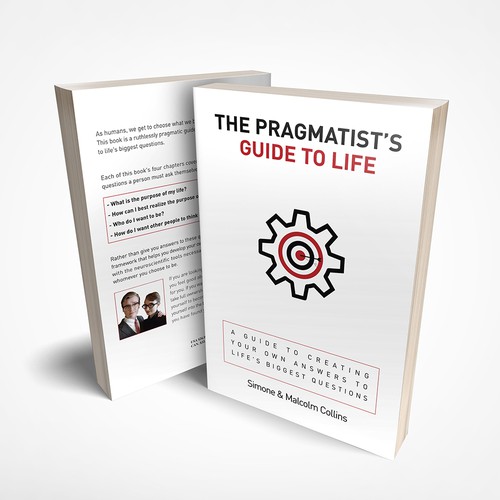 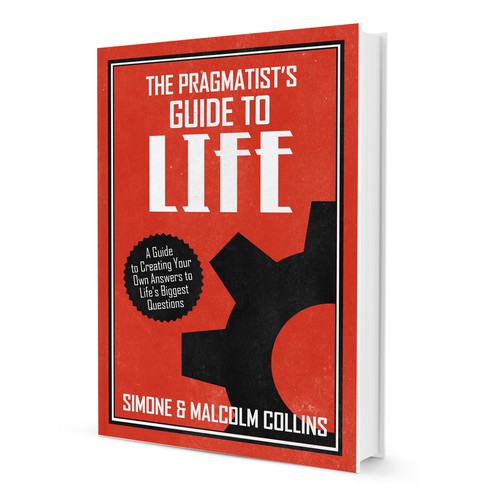 The Pragmatist’s Guide to Life

Note: We only wrote this because 99designs asked for it. We had not planned to have this in the book anywhere or our pictures.
Simone and Malcolm Collins are a married team who run the Collins Family Ventures holding company and the Pragmatist Foundation.
Malcolm is neuroscientist turned VC turned entrepreneur with an MBA from Stanford. Simone is a marketing executive turned VC turned entrepreneur with an MA from Cambridge.
Together they have dedicated themselves to promoting a culture of considering new ideas and an openness to changing even one's deepest held beliefs.

As humans, we get to choose what we believe and who we want to be. This book is a ruthlessly pragmatic guide to creating your own answers to life's biggest questions.

Rather than give you answers to these questions, this guide provides a framework that helps you develop your own answers while equipping you with the neuroscientific tools necessary to transform yourself into whomever you choose to be.

If you are looking for a light read that will make you feel good about yourself, this isn’t the book for you. If you want to take the time to think hard, take full ownership of the person you have allowed yourself to become, and permanently transform yourself into the best iteration of that person then you have found your book.

This book will primarily be targeted at young adults from senior year of high school to just after college. The book itself will be owned by a non-profit foundation designed to help people think more intentionally about the big questions in life without pushing them towards a particular answer.

The more detail you provide, the better. Include dimensions, font styles, mood, style of imagery to include, etc.

We want a book cover that:
*Catches attention
*Maintains attention
*Is something a reader would want friends, family, and strangers to see them read (i.e. reading it publicly, displaying it publicly, or posting it on social media would make them feel/seem smarter, better, or stronger— not obnoxious, week, or cringey).

We experimented with a few specific designs. One that was just text and a gear icon; the other had a magnifying glass icon. Both of these images/icons are owned by us and included if you want to use them We prefer the gear icon, but find it a little childishly edgy. The second design option we explored was to use the imagery and aesthetics of 1950s ads. We came close to pulling the trigger on this one, but couldn’t think of a good way to structure positioning.

Ultimately we still very much like the gear icon and the idea of structuring the cover like a vintage ad, but ultimately just gave up. Our next step might have been to experiment with retro-futurism based designs, ultra simplistic designs, or a better rendition of what had inspired us earlier.

We really don’t have much direction other than to tell you what ideas have inspired us in the past. The only design choice we are certain of is using the gear icon before or after the title on the spine of the book.

Added after seeing some designs come in:
- Do not emphasise one word in the title. In a number of the designs coming in we see one word like the word “life” being emphasised.
- The title generally works best from an aesthetics perspective when it is broken down like:
The Pragmatist’s
Guide to Life