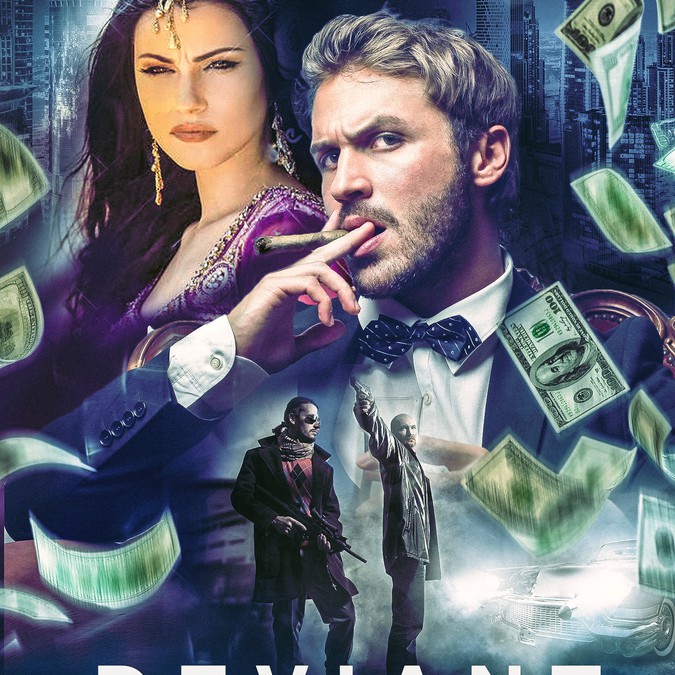 Design a cover for a dark romance novel (Kindle ebook) 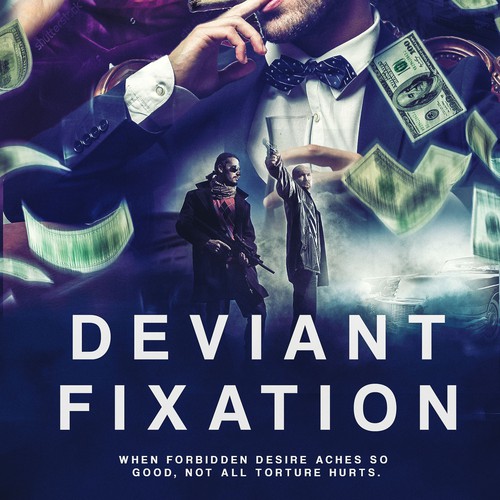 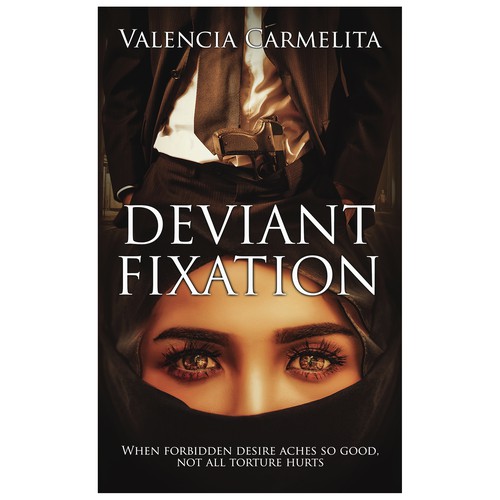 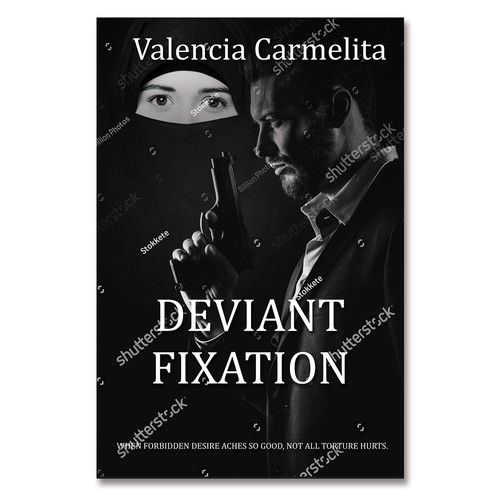 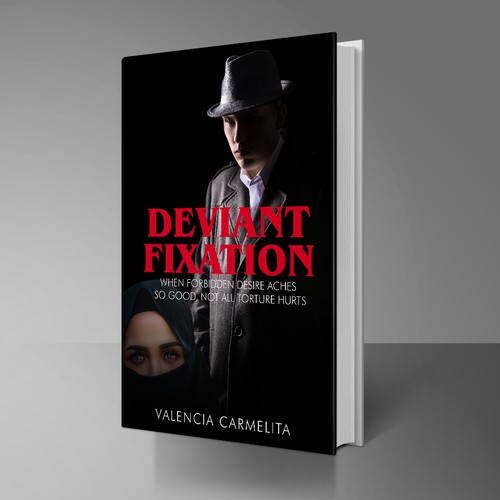 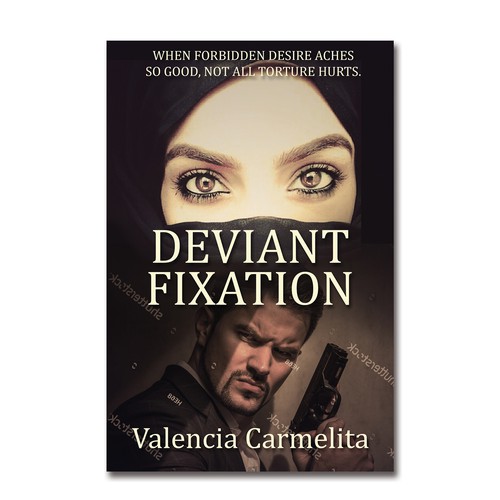 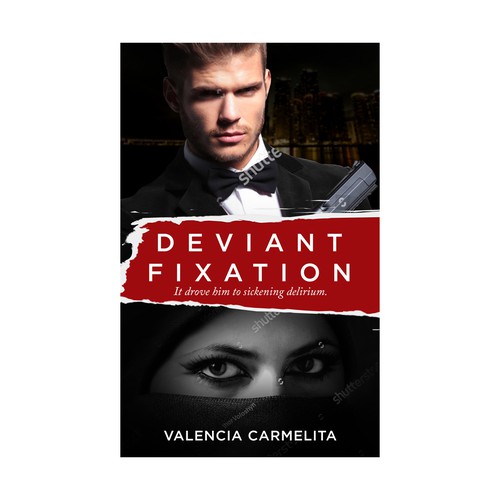 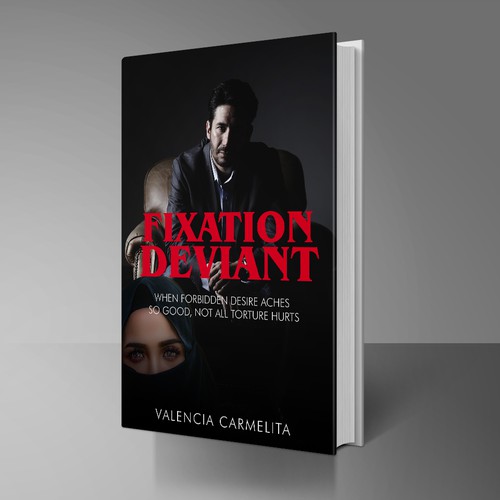 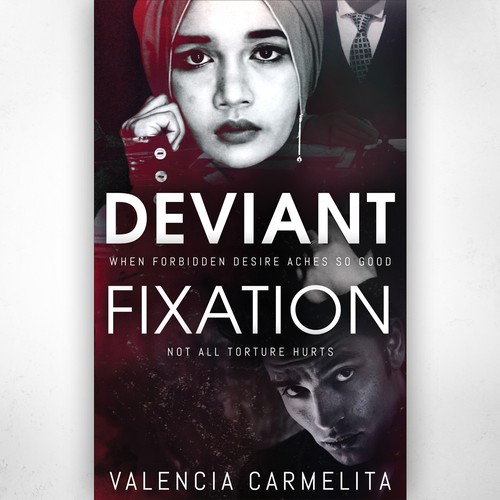 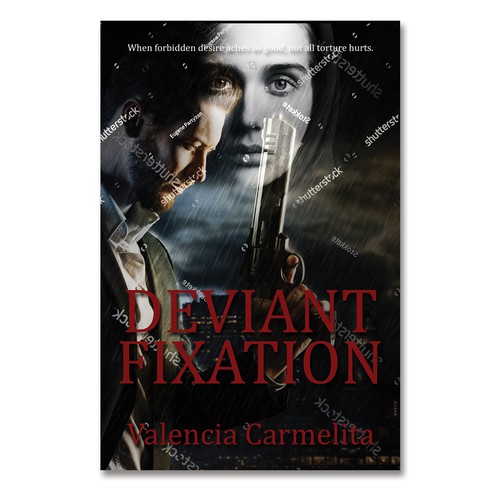 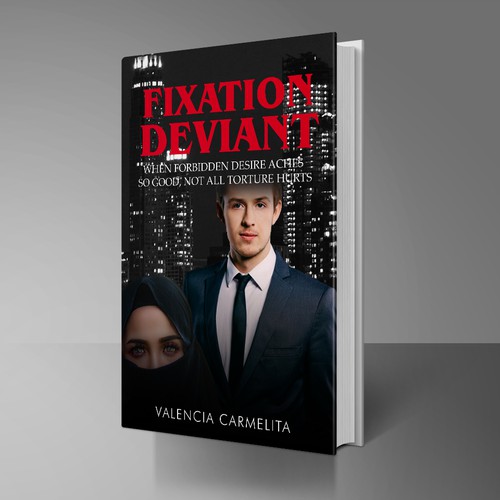 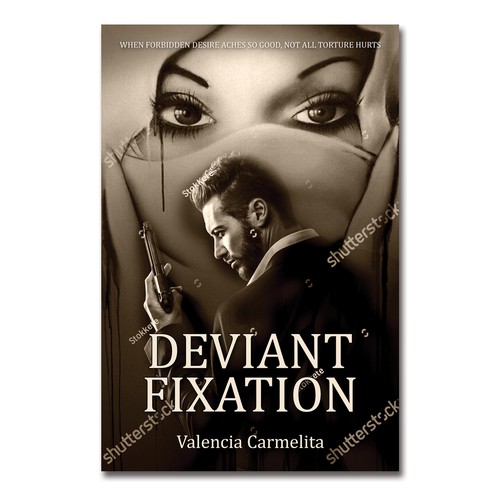 Hello :)
I am an author currently on WattPad known as Valencia_Carmelita. I will be self-publishing. I mostly enjoy writing dark romance novels containing a bit of mystery, thriller and action themes.

He despised her beyond comprehension. He loathed her in a rage no one would be capable of understanding.

He had never perceived the kiss he had started off as an intent to punish her pristine Muslim girl image, would end up punishing himself.

The words that had been consistently running through his head as he brutally attacked her lips over and over again. Each bite causing tremors of euphoria. Sizzling his insides out with sudden need.

Then she had done the unthinkable for him.

She had opened that filthy mouth. He tasted the heavenly drink within her.

She had kissed back.

It drove him to sickening delirium.

Depths of insanity he never desired to return from.

Until she started shoving him away.

Her innocence develops utterly euphoric for him

A forbidden love dark romance/thriller novel revolving around the Mafia.
The target audience for this book is anyone age 18 years and above, suitable to read world wide internationally.
According to WattPad statistics, mostly women are inclined to read my story.

I like the way the man is holding on to the lady on his lap possessively.
I LOVE THE FONT AND IMAGERY, so crisp and clean, luxurious and simple.
gun
Girl with headscarf
Lovely girl with headscarf, i would prefer this picture to be black and white.
He fits the description of the male lead perfectly.

I am looking for something very engaging like the examples given. The cover should look sophisticated and luxurious. My book is a possessive, dark, thriller romance novel filled with some action.
A shy girl wearing headscarf gets caught up in the web of a Billionaire Mafia member. So it would be nice to see this reflecting in the story cover.

Description of main characters:
Muslim Female with dark eyes and a headscarf.

I'm providing an example of the book cover a fan made for me, so something similar to that or similar to the novel "Fifty Shades Of Grey" cover.

According to Amazon Kindle, the size of a book cover is:

There is blood spattered over his shirt, he's holding a gun. He's smirking. He looks like a mafia leader.

Book cover for non-fiction
199 $US
Therapists or people interesting in treating certain symptoms using Dialectical Behavior Therapy.
289
entries
19
designer graphistes
YA Romance cover
199 USD
Teen to adult
104
entries
27
designer
The Silver Waterfall
USD 399
Typically men, typically 18 years and older. Readers of military fiction and action/adventure. Readers of military histo
142
entries
15
diseñadores
Book Cover - "A Brave Heart by William Wallace", a memoir of recovering from traumatic ski accident
US$ 1.199
The book is for people who have been dealt a serious setback in life and are looking for motivation or guidance on how t
125
entries
16
designers
Book Cover Design - (Front Only)
£ 159
Men & women 30-50 years old 1-2 stone overweight
72
entries
11
Designer
Helping people make fitness a priority
US$ 299
This book would be good for anyone who is wanting to Make Fitness A Priority in their lives, or wanting to start making
282
entries
31
designers

Comienza ahora
Classy cover for a memoir. A woman discovers a family secret; her real father was a priest.
499 US$
Classified as memoir, I see my audience as women, middle aged plus. Women interested in family relationships and the inh
158
entries
38
diseñadores
Business book cover needed, themed around phenix and unicorn.
499 US$
Young passionate enterpreneurs both male and female, aged between 18 - 40. Keen to build their own businesses. Target ge
161
entries
42
diseñadores
Design a dark and foreboding Crime Thriller Cover
£ 239
Those interested in mystery thrillers and crime novels. Mostly adult audience
77
entries
25
designers
eBook cover for a crime story
179 €
Any person who likes crime stories like The Godfather, The Departed, Breaking Bad, etc.
94
entries
20
designer graphistes
Creative Book Cover for a Female Dating and Relationships Title
199 USD
Women reading this book are usually younger and they’ve just been through a breakup. They don’t know how to collect the
150
entries
24
designer
Book cover for non-fiction
199 US$
156
entries
13
diseñadores
Más información sobre diseño de portada de libro o revista
Vea como funciona