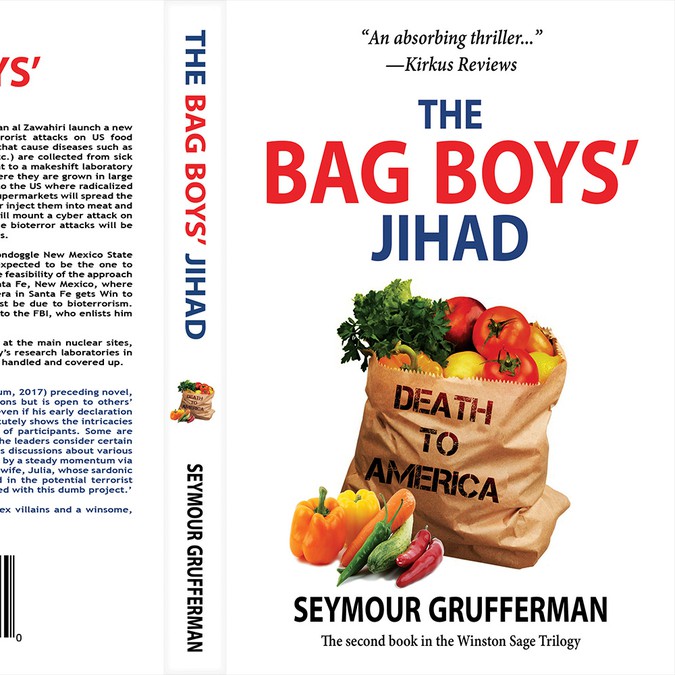 Design a cover for a jihadist bioterrorism thriller 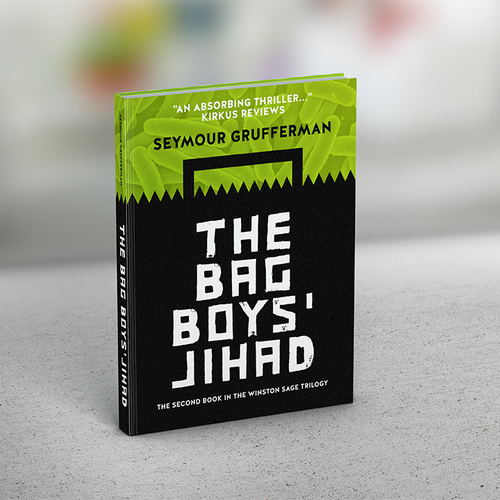 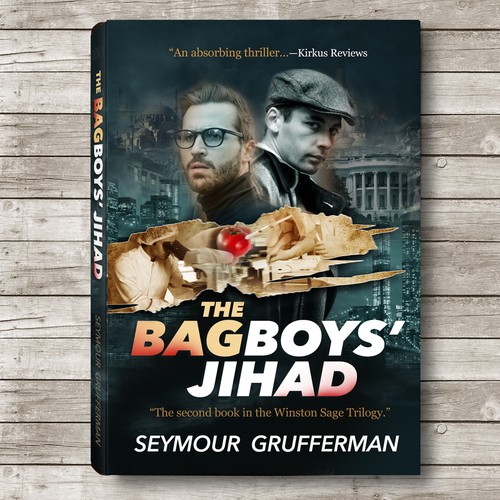 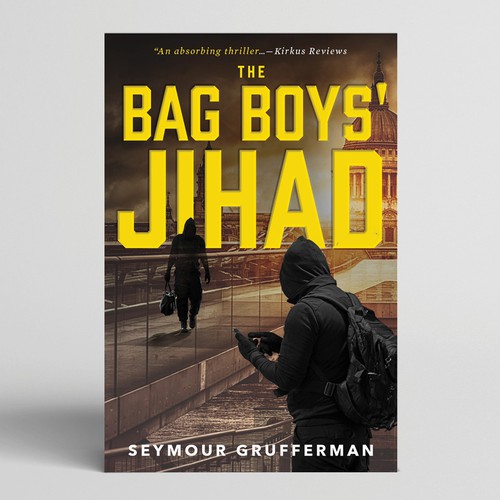 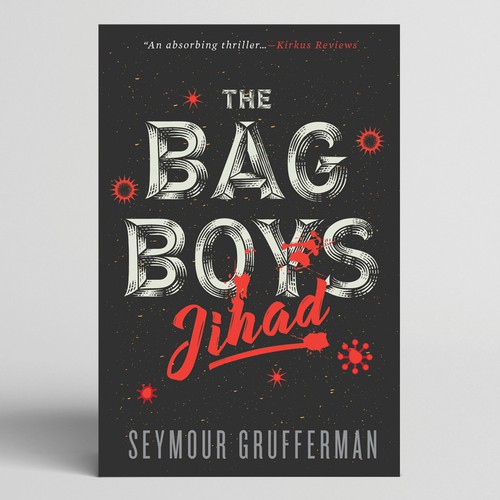 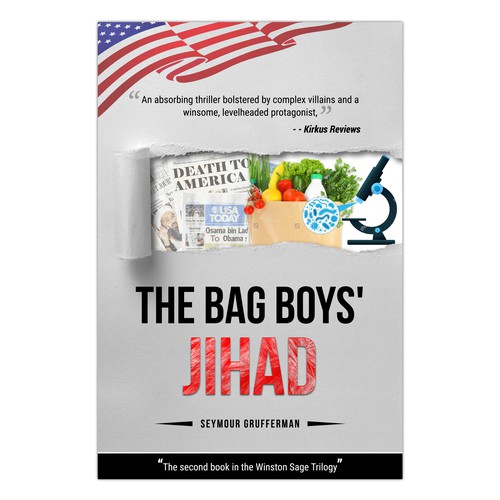 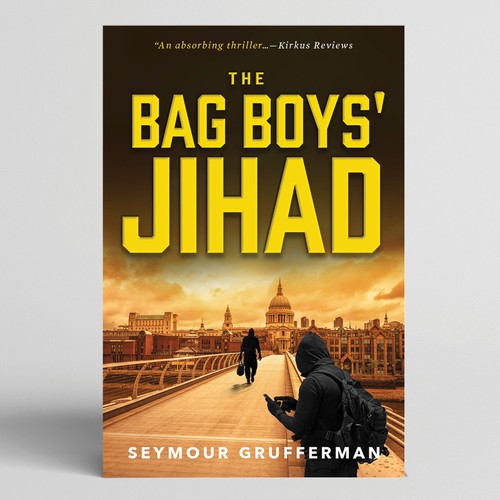 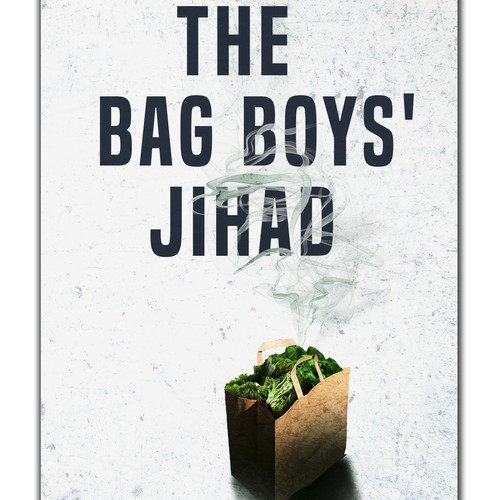 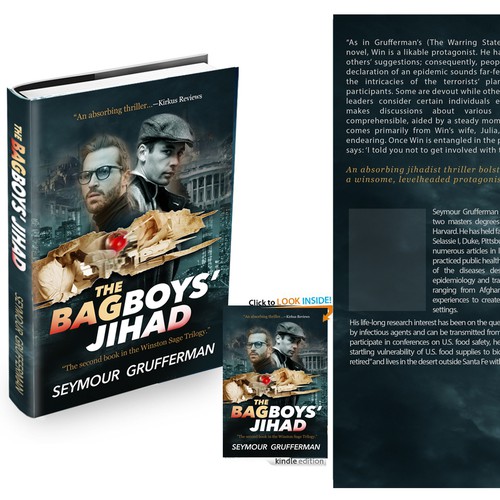 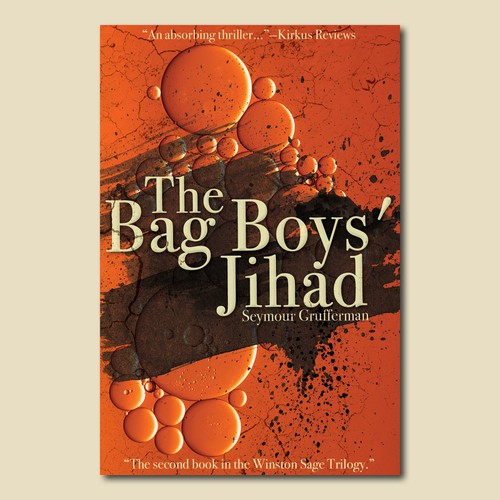 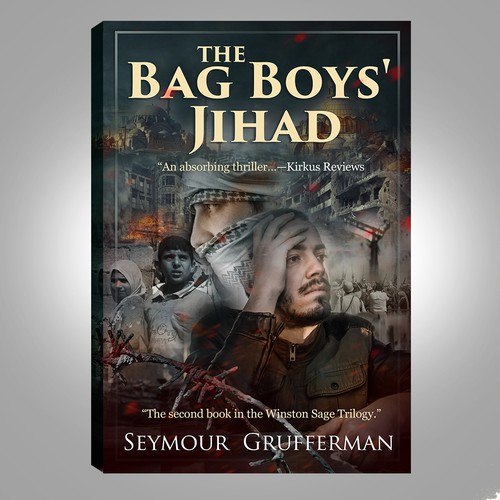 Seymour Grufferman is a physician-epidemiologist who holds two masters degrees and a doctorate in public health from Harvard. He has held faculty positions at several universities (Haile Selassie I, Duke, Pittsburgh and New Mexico) and has published numerous articles in leading scientific journals. He taught and practiced public health in Ethiopia where he saw first-hand many of the diseases described in this novel. He has taught epidemiology and traveled widely in less developed countries ranging from Afghanistan to Zambia and draws on these experiences to create vivid images of the novel’s third-world settings.
His life-long research interest has been on the question of whether human cancer is caused by infectious agents and can be transmitted from person to person. After being invited to participate in conferences on U.S. food safety, he became seriously concerned about the startling vulnerability of U.S. food supplies to bioterrorist attack.
Dr. Grufferman is “sort of retired” and lives in the desert outside Santa Fe with his wife and dog.

Just before Osama bin Laden’s death, he and Ayman al Zawahiri launch a new holy war against the US. It will involve bioterrorist attacks on US food supplies. Infectious agents (bacteria and viruses that cause diseases such as cholera, typhoid, E. coli, hepatitis, shigellosis, etc.) are collected from sick patients in Pakistan and Bangladesh. They are sent to a makeshift laboratory in remote, mountainous Pakistan (Waziristan) where they are grown in large quantities. The infectious agents are smuggled into the US where radicalized American teenage jihadis working as bag boys in supermarkets will spread the agents over uncooked foods such as salad greens or inject them into meat and dairy products. At the same time Iranian agents will mount a cyber attack on US nuclear facilities. In conjunction with this, the bioterror attacks will be launched in the cities near US nuclear installations.

When Winston Sage was asked to serve on a boondoggle New Mexico State bioterrorism surveillance committee he never expected to be the one to uncover the terrorist plot. A pilot attack to test the feasibility of the approach is carried out in three cities, one of which is Santa Fe, New Mexico, where Sage lives. The occurrence of two cases of cholera in Santa Fe gets Win to investigate and leads him to conclude these must be due to bioterrorism. When local officials fail to believe Sage, he turns to the FBI, who enlists him as an expert.

Good detective work aborts the terrorist attacks at the main nuclear sites, but an attack at one of the Department of Energy’s research laboratories in Brookhaven, New York is successful. It is expertly handled and covered up.

Possible images: bacteria seen under a microscope
salad greens or a salad bar
supermarket shopping bags with the names of the involved markets on them alternating with bags saying “Death to America” or “Down With the Great Satan” or bags filled with salad greens
an image of Osama bin Laden in the background if this is legally permissible or an image of al Zawahiri (current leader of al Qaeda)
I would like an eye-catching cover but I am open to any creative ideas you may have!