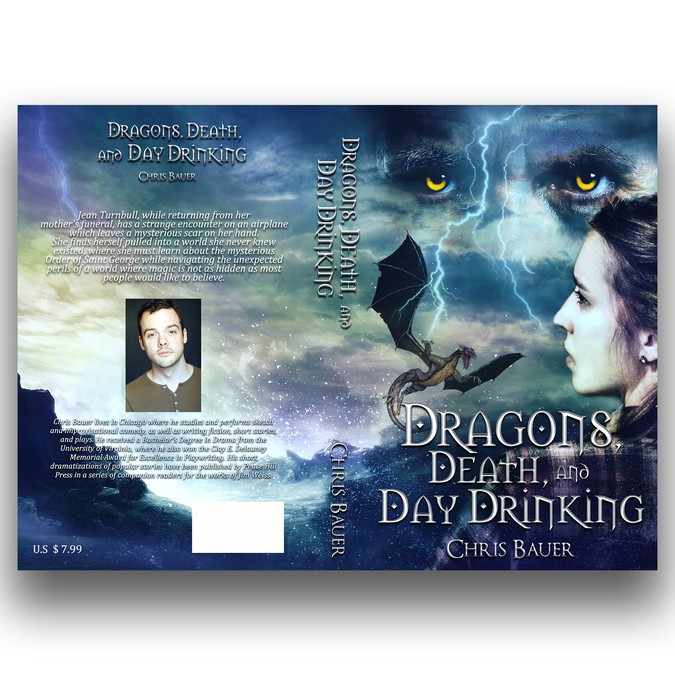 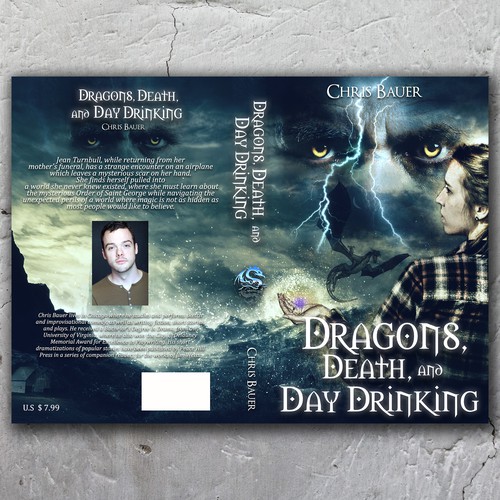 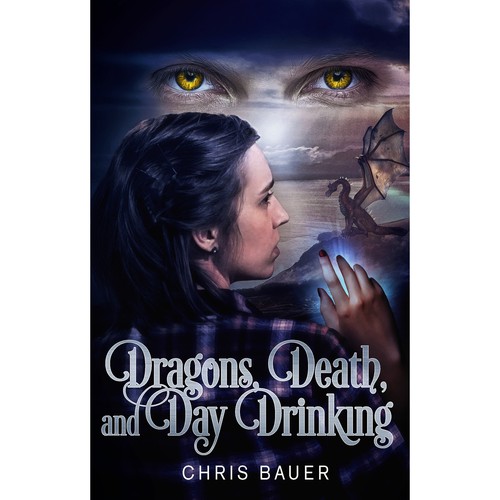 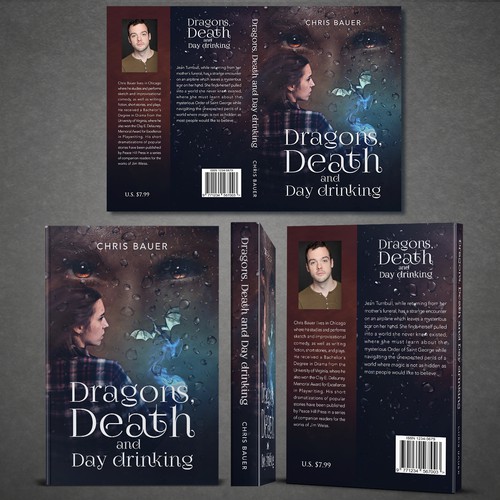 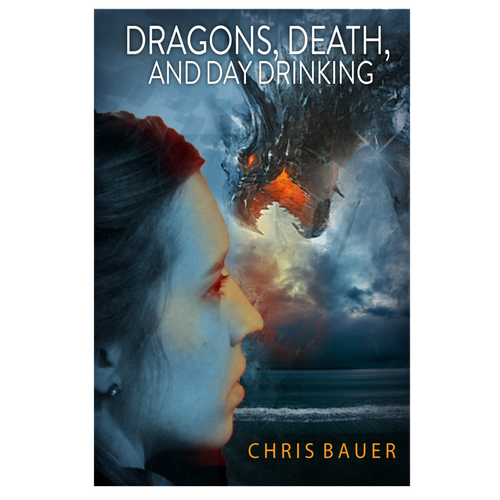 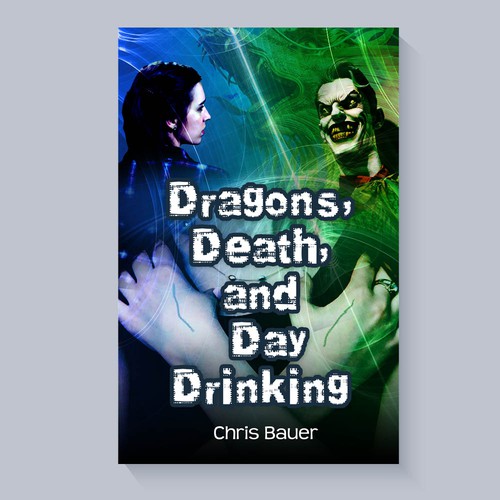 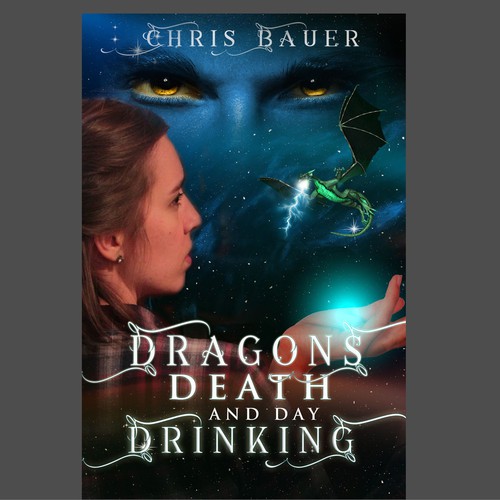 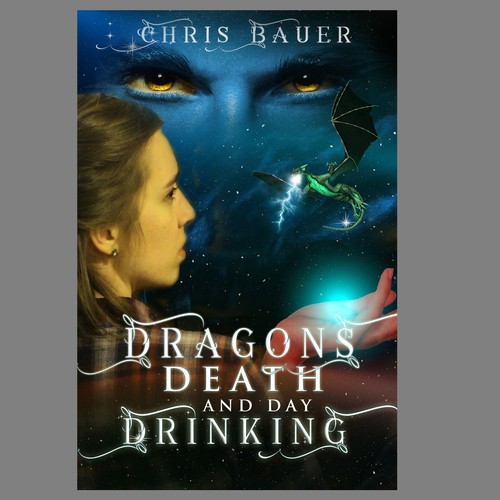 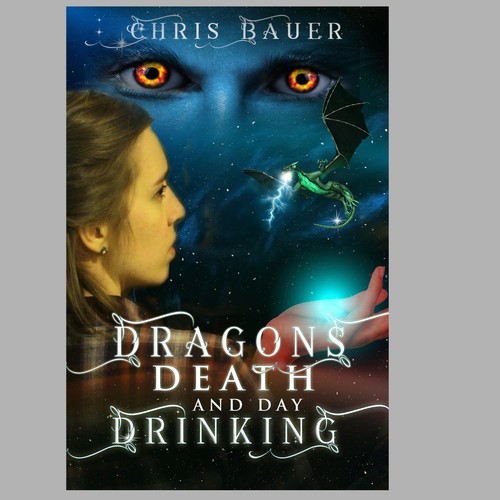 Chris Bauer lives in Chicago where he studies and performs sketch and improvisational comedy, as well as writing fiction, short stories, and plays. He received a Bachelor's Degree in Drama from the University of Virginia, where he also won the Clay E. Delauney Memorial Award for Excellence in Playwriting. His short dramatizations of popular stories have been published by Peace Hill Press in a series of companion readers for the works of Jim Weiss.

Jean Turnbull, while returning from her mother's funeral, has a strange encounter on an airplane which leaves a mysterious scar on her hand. She finds herself pulled into a world she never knew existed, where she must learn about the mysterious Order of Saint George while navigating the unexpected perils of a world where magic is not as hidden as most people would like to believe.

Potentially ages 13/14-25. Possible leaning more towards female readers because of the narrative voice of a strong female protagonist. Location....hard to say. Other relevant things; the book focuses more heavily on the world, setting, and the relationships between the characters than on a complicated plot. People who enjoy the feeling that they are spending time with friends when they are reading will enjoy this book.

At the core of the cover, I want to use one of the two photos I have attached of the woman looking over her right shoulder. I want the cover to suggest elements of fantasy, potentially having some images more often associated with fantasy superimposed over the empty space. The mood of the book is generally more playful and comedic, but also with some touches of darker urban fantasy. Based on another central character in the book, I would enjoy seeing some imagery of large intimidating teeth behind black lips on a pale white face and/or yellow eyes. The inspiration for this character is taken from a photoshopped image I once found of the Joker that somebody had created from a still from the movie "The Man Who Laughs." Both pictures are attached for reference. Other images that springs to mind are dragons and blue lights. The character is marked by Gods, one on each hand, which leave her with two scars, one green and one blue. Green and blue lights play a large role in the motif of the story, and it would be nice to see that reflected subtly on the cover.
Font: something that doesn't take itself too seriously.
Use stock photo if necessary, but try to avoid it.
Finally, in terms of dimensions, I have attached the guidelines for Amazon's Createspace, which is what I'm using, but I've done the calculations myself, and they are as follows:
BOOK INFO
Size: 5.5" x 8.5"
315 pages
Spine width: .70938"
Total Cover Width (i.e. from outer edge of front cover to outer edge of back cover:) 11.959" (NOTE: This includes Amazon's recommended trim space of .125". Amazon requires that the PDF for the cover be a single PDF which includes back cover, spine, and front cover as one image.)
Total Cover Height (again with trim worked in:) 8.75"
Front Cover Width(not including spine:) 5.625"
Back Cover Width (not including spine:) 5.625"

If any of this is unclear or any information you need is missing, PLEASE contact me and I'll be happy to elaborate.

Hackneyed fantasy cliches. No swords. Nothing lurid and overdone. Nothing too dark; although there are darker moments, the tone of the book errs on the side of being lighter and more comedic.