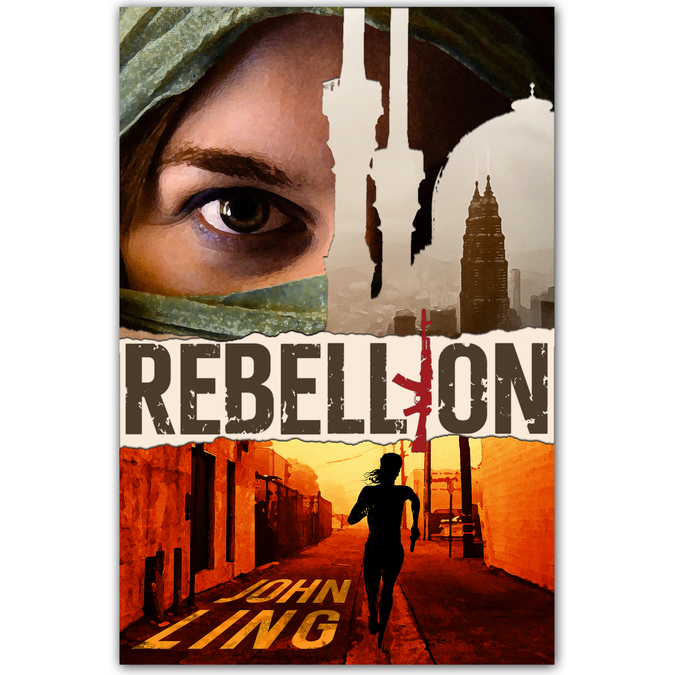 Design an exciting cover for an international spy thriller! 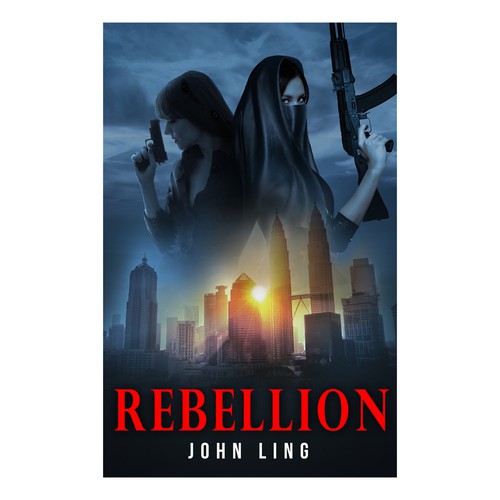 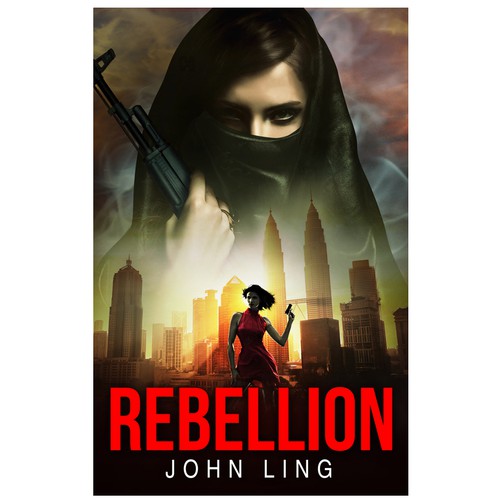 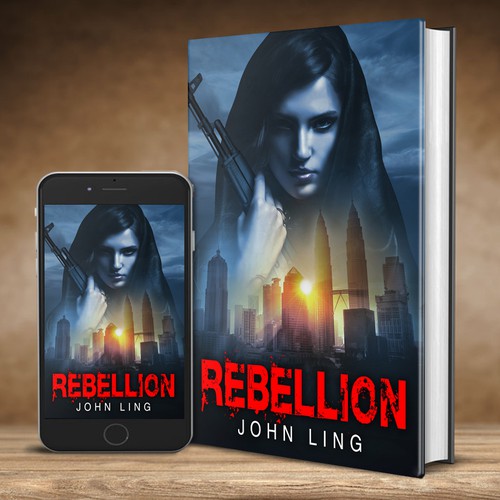 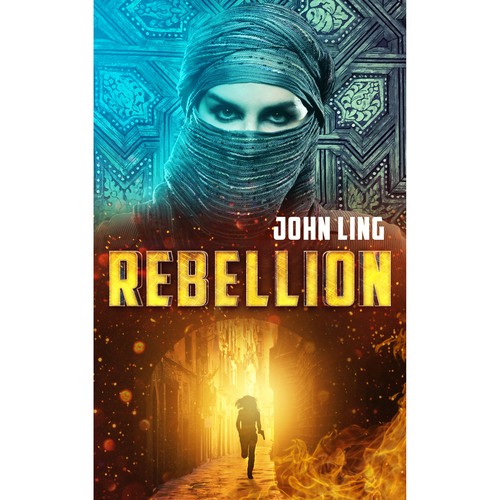 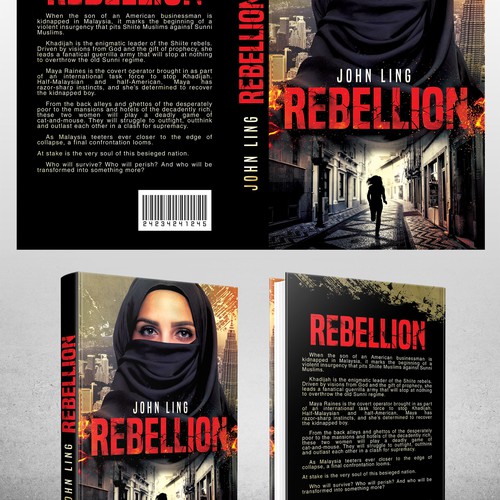 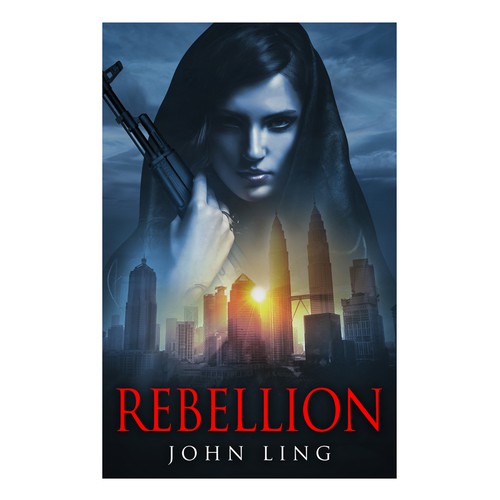 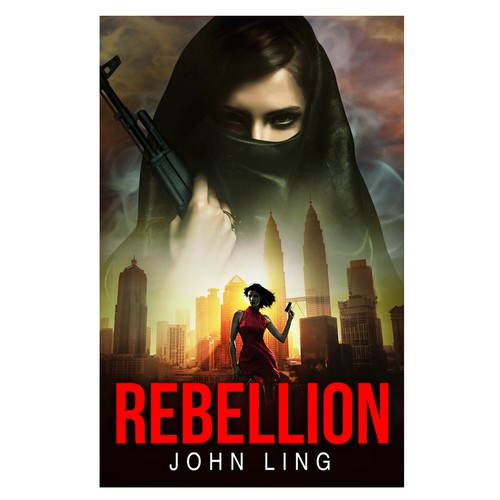 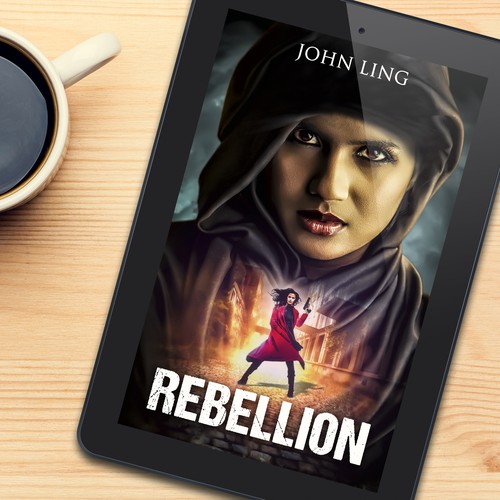 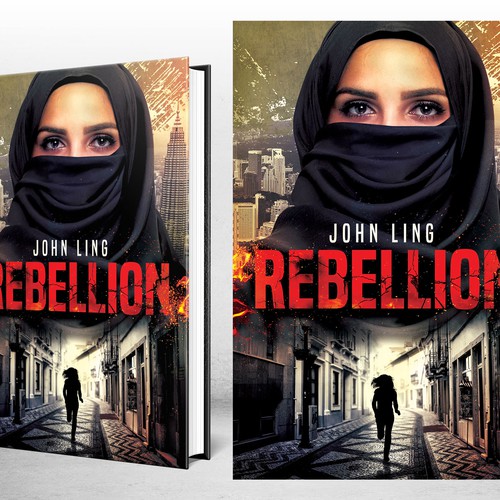 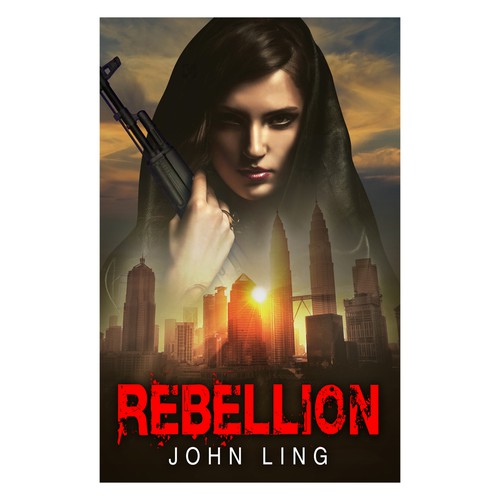 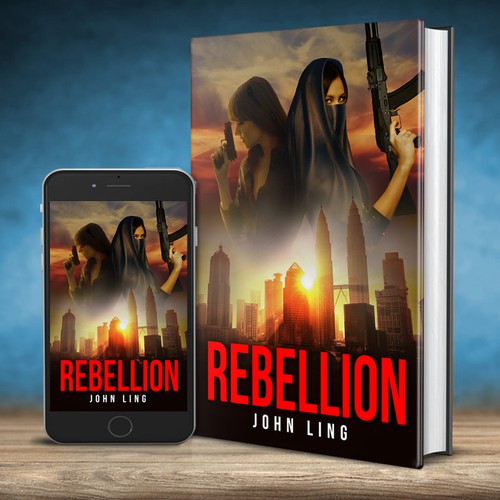 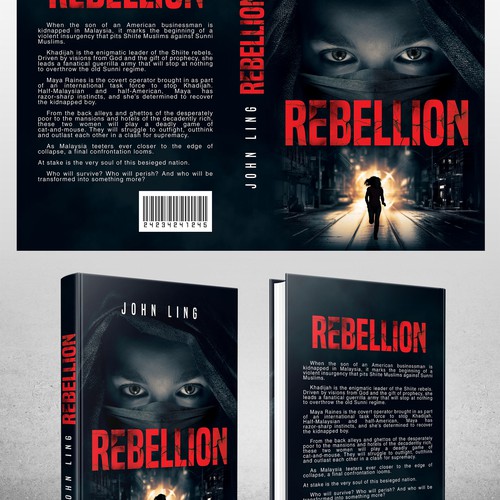 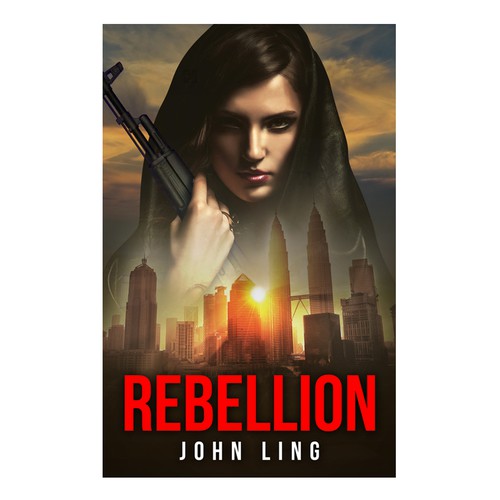 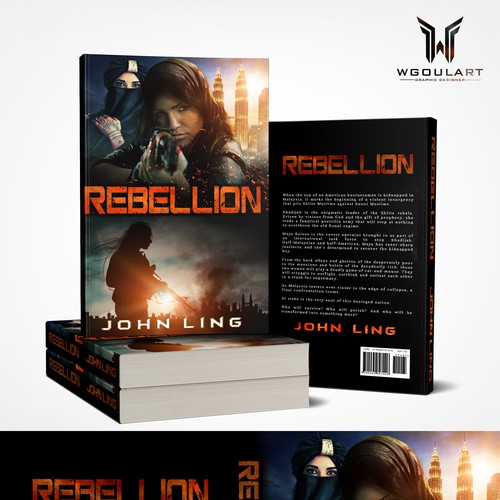 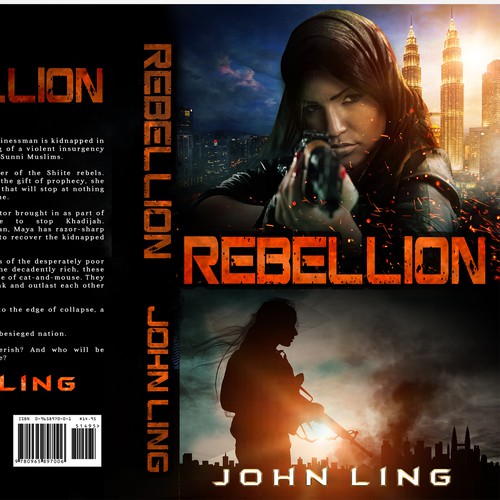 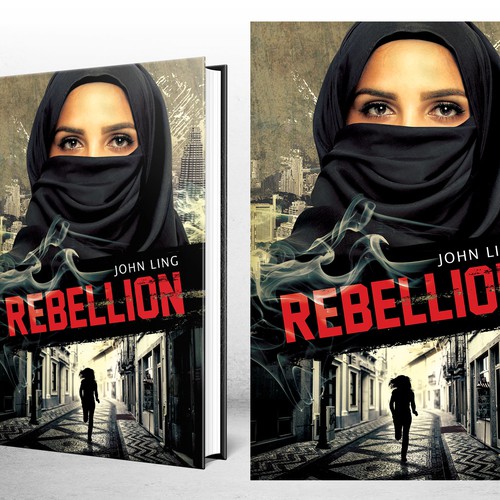 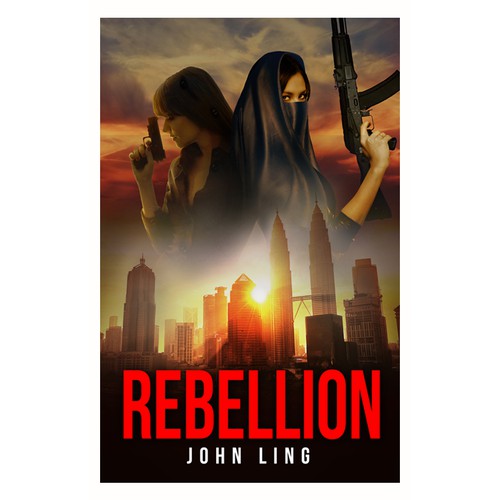 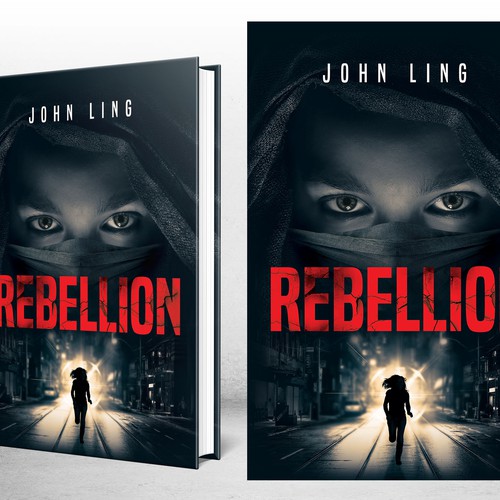 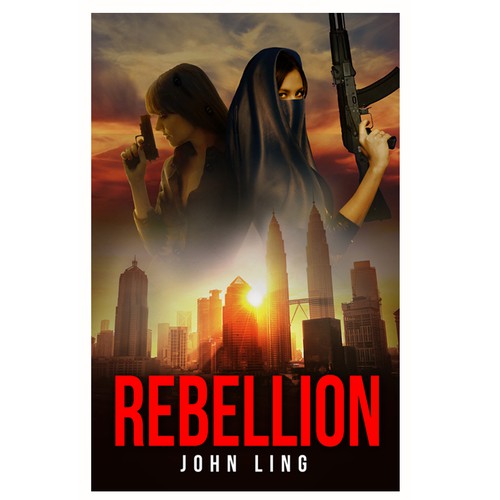 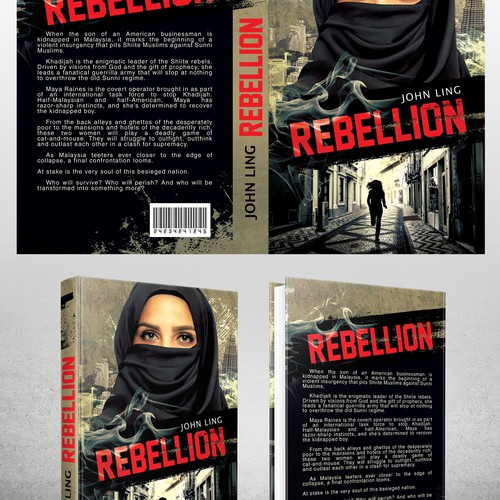 John Ling is a Malaysian-born writer based in Auckland, New Zealand. He has worn many hats, working as a television producer, customer-service rep and marketing executive.

His articles and stories have appeared in American and British publications, and he was a finalist at the AYA Dream Malaysia Awards, where he was recognised for his efforts in promoting child literacy.

When the son of an American businessman is kidnapped in Malaysia, it marks the beginning of a violent insurgency that pits Shiite Muslims against Sunni Muslims.

Khadijah is the enigmatic leader of the Shiite rebels. Driven by visions from God and the gift of prophecy, she leads a fanatical guerrilla army that will stop at nothing to overthrow the old Sunni regime.

Maya Raines is the covert operator brought in as part of an international task force to stop Khadijah. Half-Malaysian and half-American, Maya has razor-sharp instincts, and she’s determined to recover the kidnapped boy.

From the back alleys and ghettos of the desperately poor to the mansions and hotels of the decadently rich, these two women will play a deadly game of cat-and-mouse. They will struggle to outfight, outthink and outlast each other in a clash for supremacy.

As Malaysia teeters ever closer to the edge of collapse, a final confrontation looms.

At stake is the very soul of this besieged nation.

Who will survive? Who will perish? And who will be transformed into something more?

REBELLION is an international spy/military thriller for fans of Tom Clancy and Robert Ludlum.

This will be a sensitive and fair portrayal of Islam, breaking away from the negative stereotypes you often see in the news.

I have attached three sample covers/posters with an atmosphere that I really like. Please refer to them for design guidance.

Specifically, I am looking for a profile of a female looming large in the foreground (this represents Khadijah). In the background, there will be a silhouette of another woman running with a gun (this represents Maya).

Other than that, you are absolutely free to experiment with other design elements. This is a story about war. About religion. About feminism. About cross-cultural understanding.

Make it epic and emotional.

Give me your BEST and most CREATIVE work. :)

Design sexy book cover for upcoming tell-all memoir
$ 500
Female readers aged 21-60 year old, Individuals interested in Narcissism and Psychology, Memoir Readers, Partners of Sex
146
entries
46
Designer
Urban fantasy book cover for a new series
399 USD
Women, aged 25-54, USA/UK/Canada/Australia. They are also fans of Kim Harrison, Faith Hunter, Seanan McGuire, and the ea
81
entries
29
designer
Create a compelling book cover for Hungry for Wholeness
US$ 399
18-80 year-old men and women who have experienced absence or estrangement with their fathers AND/OR fathers who have bee
227
entries
23
designers
Design a cover for a quirky, off-beat book of life and career advice for idealistic young leaders
USD 499
People working in the nonprofit world--employees and leaders in charities, foundations, government agencies, faith-based
176
entries
47
diseñadores
TITLE: Seven Words You Never Want to Hear - Must have a cover that makes readers want to open book.
CAD 1,099
This book is written to professing Christians. The narrower target audience is people who have professed faith but are n
213
entries
48
diseñadores
InsideOut - Creation Speaks!
US$ 329
The target audience is usually 30-60 yrs old and either "outdoorsy" or "hippyish".
51
entries
22
designers