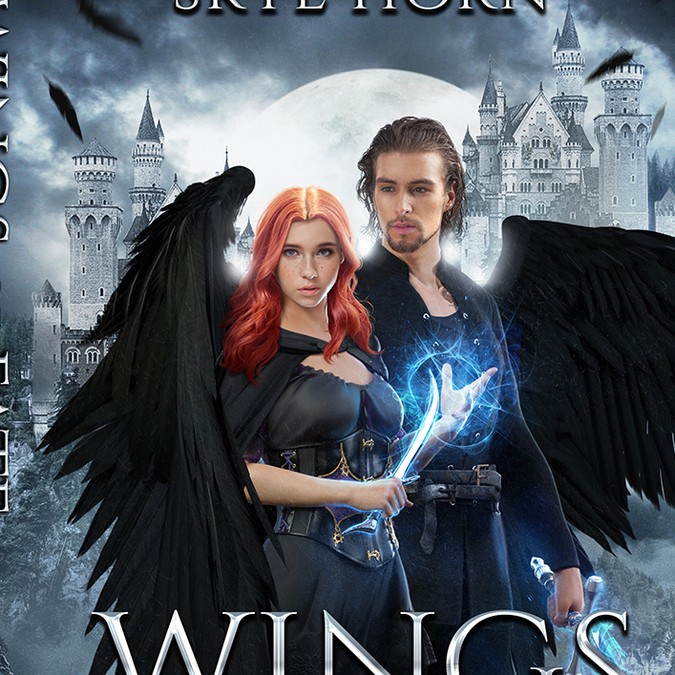 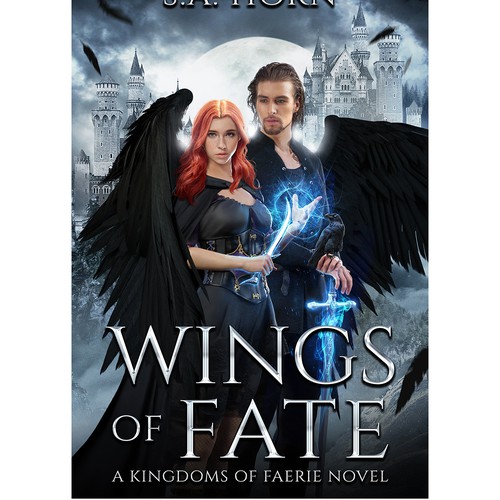 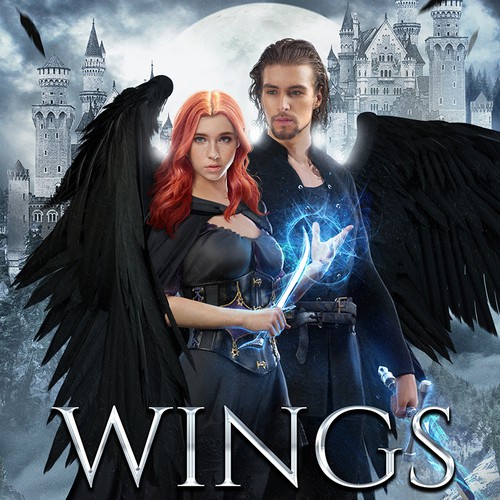 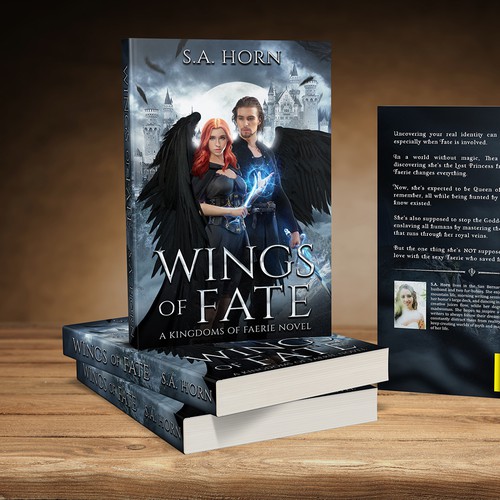 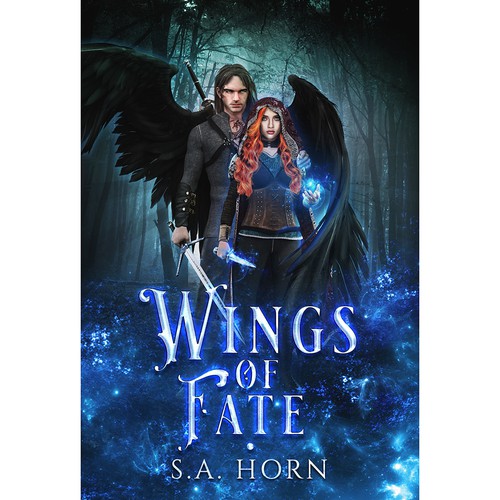 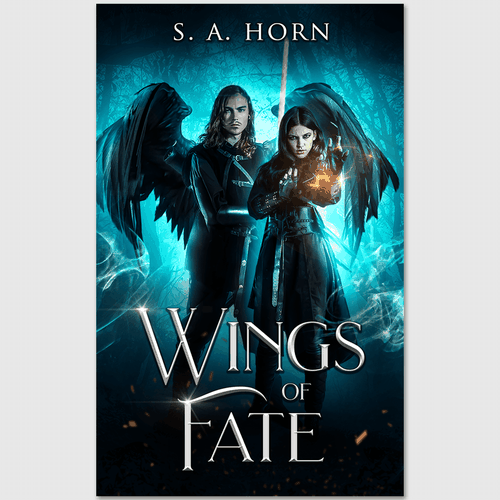 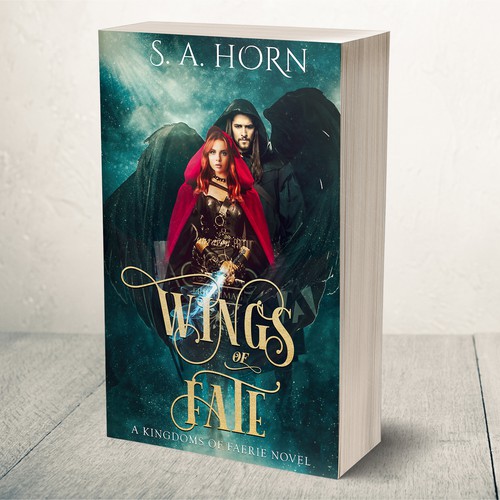 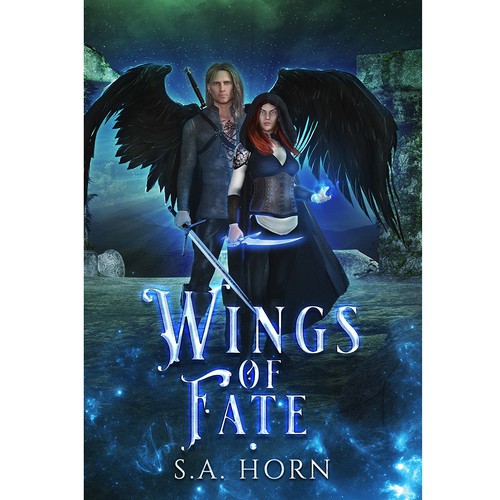 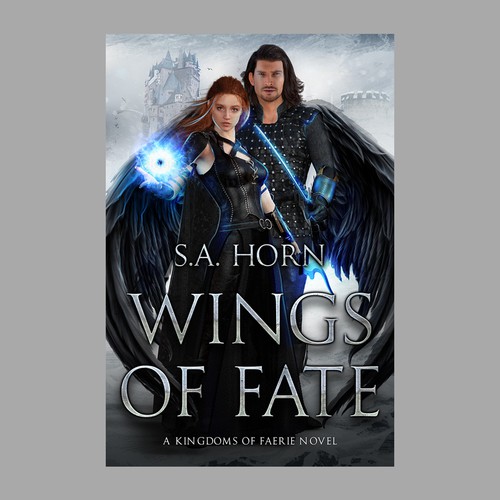 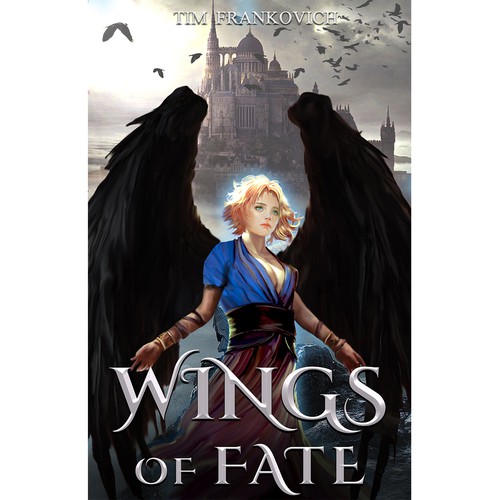 Skye graduated from California State University, Northridge with a BA in Literature focusing on Creative Writing. She is an avid fan of World Building and caffeine, spending most of her time writing about magic, myth, and legends on the back deck of her mountain home in California.
Visit skyehorn.com for extra content from the author.

In a world without Magic, Thea is ordinary, but discovering she’s the Lost Princess from a Kingdom in Faerie changes everything.

She’s expected to be Queen of a Land she didn’t know existed – that is if she can stop her villainous father who sits on her throne from releasing the Goddess of Death. But the one thing she’s NOT supposed to do is fall in love with the sexy Faerie Guardian who the law says she’s not allowed to be with.

As darkness spreads across the Kingdoms of Faerie, Thea must master the Magic that runs through her veins. With Guardian training, she might succeed in stopping her father, but saving her Kingdom may cost her heart.

My main character is an eighteen-year-old female with flaming red hair, gray eyes, and freckles. Her love interest is a twenty-five year old, male faerie with black wings (like ravens) and shoulder-length brown hair that he typically wears half-pulled back. He has blue-green eyes and a tattoo on his chest of a dragon wrapped around a bushel of thistles & two swords.

Because this is a fantasy romance novel, I would really like for it to fit those style tropes. The background can be dark, while the main character (or both main characters can be more light)

I had the idea in my head of the female being the main focus of the cover with the male behind her, standing with his wings wrapped around her in protection.

I'd also really like the main female to be holding a dagger.

Any weapons included in the cover should have some sort of magic coming off of them in form of a blue-toned light. This could also show in the palms of the female character's hand.

They are forbidden lovers, but he is her right-hand protector, so if that can be conveyed it would be nice. The rest is up to your creativity / experience! You can probably think of something way better than me

No modern styles - this is a fantasy world with magic, sword-fighting, Kings and Queens.