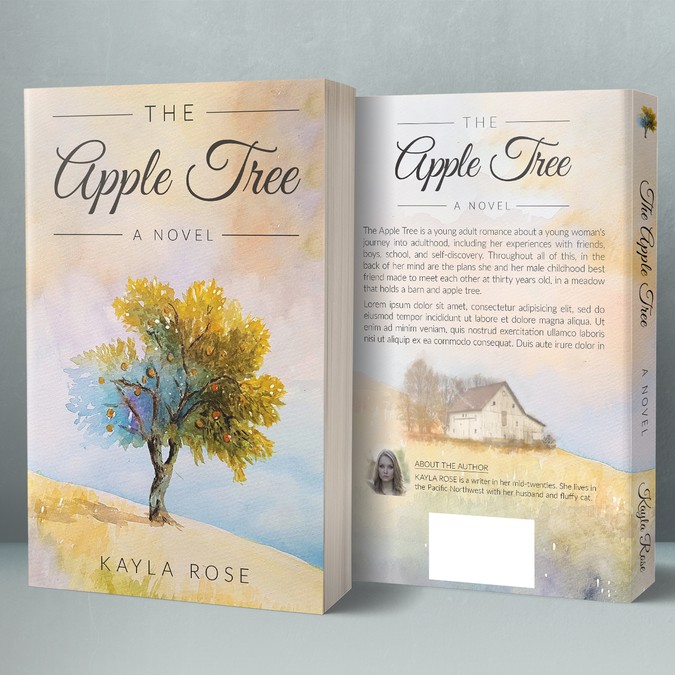 Design a feminine cover for a romance book. 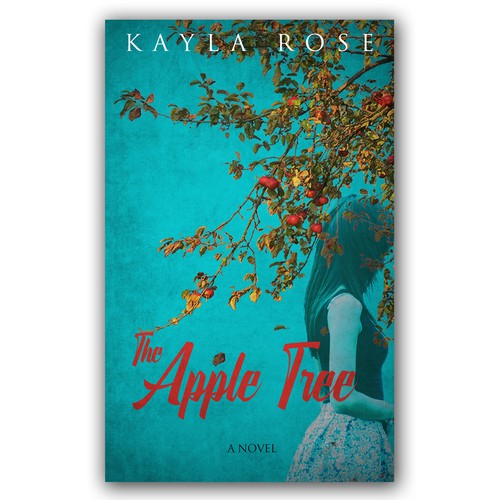 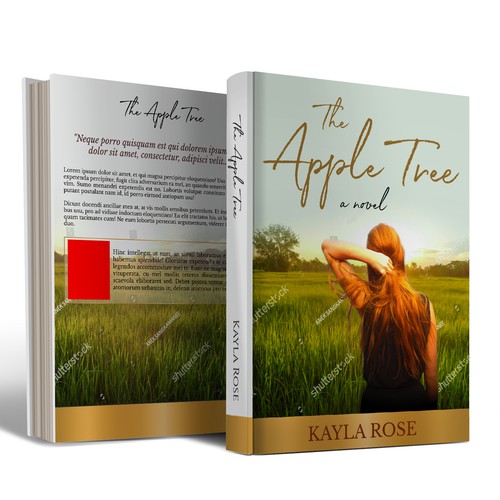 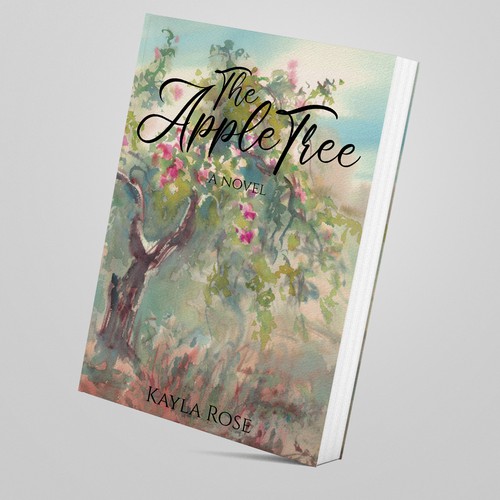 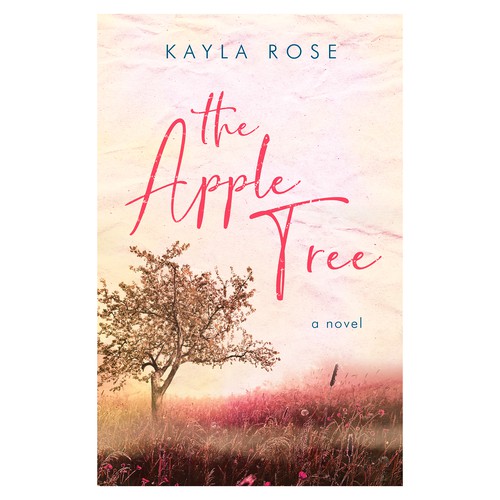 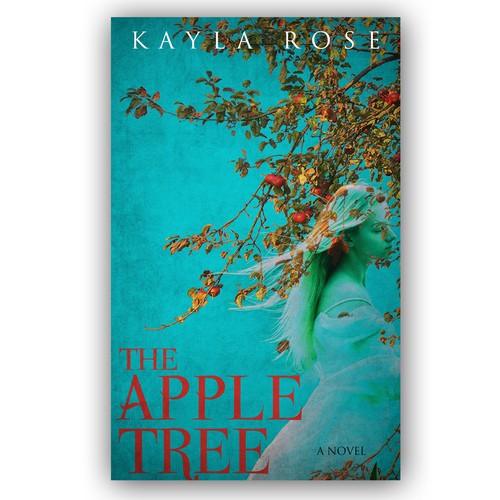 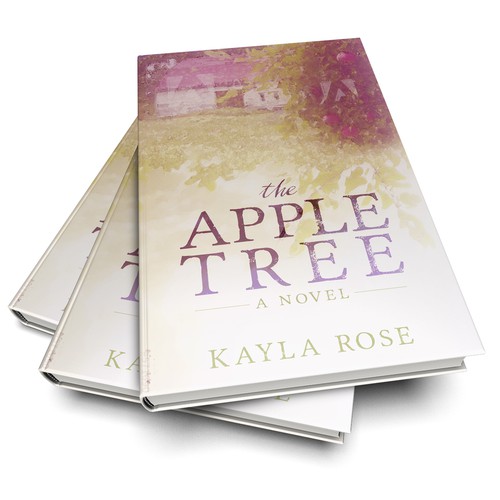 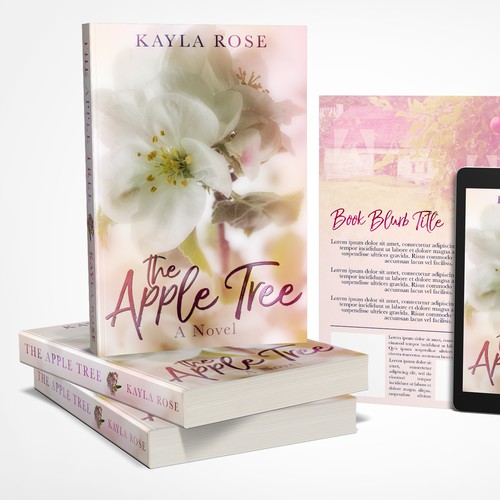 KAYLA ROSE is a twenty-something-year-old word-lover with no impressive credentials to tell you about. The only credential that really matters, in this context, is the one she possesses: a love of writing and reading. Additionally, she loves the rain and thinks llamas are pretty great, too. Kayla lives in Washington state with her husband and fluffy Norwegian Forest cat named Sugar. The Apple Tree [<-- ITALICIZE TITLE] is her first novel, and she is currently at work on her second.

Meet me in the meadow in twelve years. [<-- ITALICIZE THIS LINE PLEASE]

Drew Caldwell’s life plan begins to spiral when her best friend, River Mahlon, tells her he won’t be attending college in the fall. The last time her world was shaken up like this was back in fourth grade, when River moved from Hawaii to her sleepy town of Rockwood, Washington.

On the evening of Drew’s eighteenth birthday, River reveals that his spontaneous plan will take him away from her, and for the first time in nearly a decade, she will be left on her own. Before they part, they devise a plan: No matter what, they will meet again in twelve years in the meadow they discovered together, where they will reclaim special objects they have hidden in a rustic barn and wild apple tree.

In college, Drew learns that her dreams about adulthood were not exactly prophetic—boys, school, and friends are nothing like she had imagined. As the years go by, River becomes more and more of a distant, mysterious phantom—until the unexpected happens.

Drew Caldwell thought she knew exactly how her life would play out, but the more that time went on, the more she found that life had a way of taking her by surprise. A story revolving around growth and meaning, The Apple Tree is an emotional, fulfilling journey with the uplifting message to keep moving forward and upward, no matter what unexpected twists and turns alter your course.

American females in their teens and twenties.

I am looking for a feminine, artistic design, with colorful elements that pop. I am picturing something romantic and peaceful, perhaps with an airy feel.
Dimensions: 6 x 9 with a height/width ratio of 1.6:1.
An apple tree and a barn, both situated in the same meadow, are focal points of the story. If you plan to incorporate these elements, their appearances will need to adhere to the descriptions in the story. The descriptions are as follows:
For the apple tree: “wild,” “large and full,” “branches overgrown, its red fruit scattered in the teal grass,” “twisted trunk,” “vibrant green leaves.” The apples are “scarlet.” In the springtime (if you want to depict the tree in springtime), there are “small, white blossoms sprinkled amidst the thick leaves.”
For the barn: “Its white paint is cracked and peeling, exposing the underlying dark wood.” It is situated west of the apple tree. It has “windowless panes” and “double-door panels.”
One possible idea is to depict a breeze blowing the apple tree’s leaves, perhaps with the leaves fluttering up across the book cover (and perhaps with the leaves changing colors as they go up, to make things more colorful). This is just an idea—it is not required.
Finally, it is not necessary to incorporate the apple tree and barn into the design. I am open to other, creative ideas.