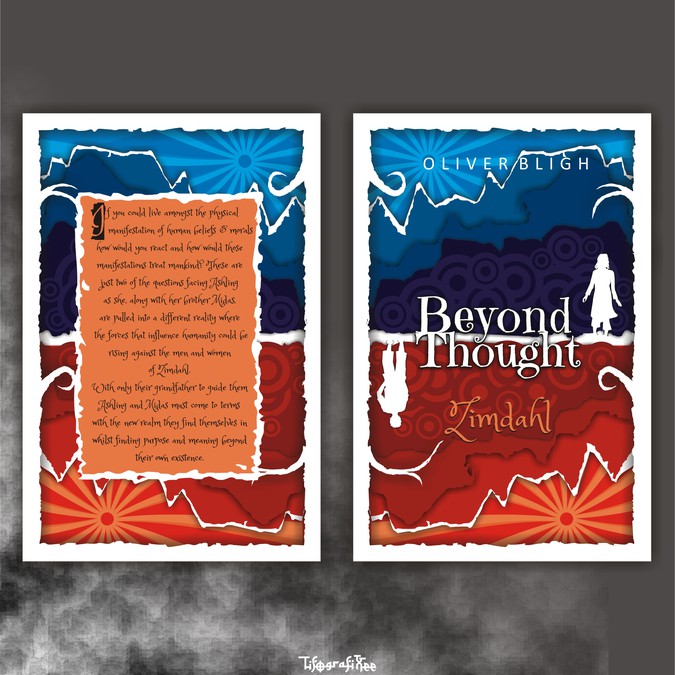 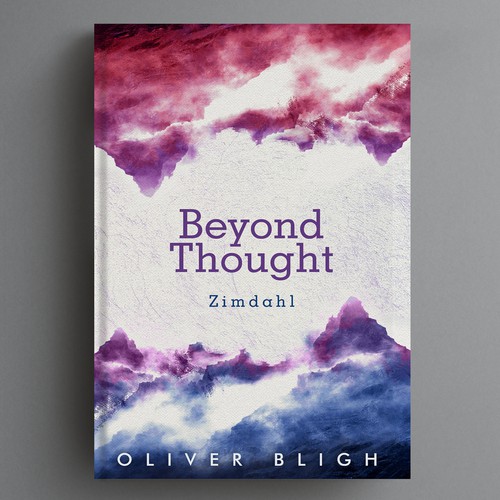 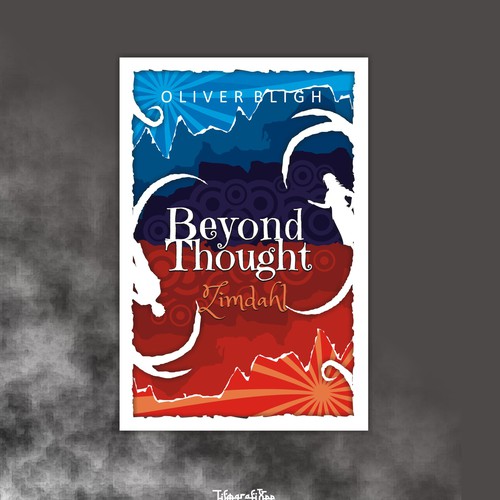 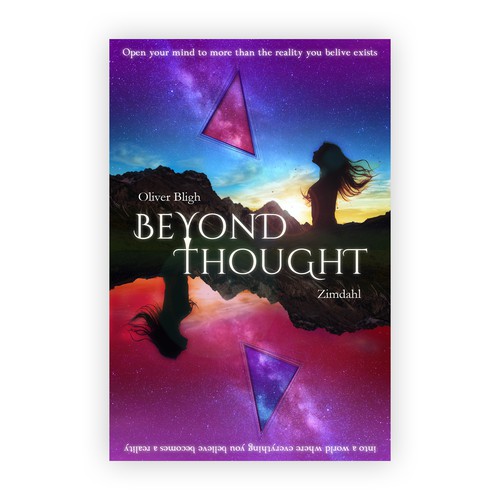 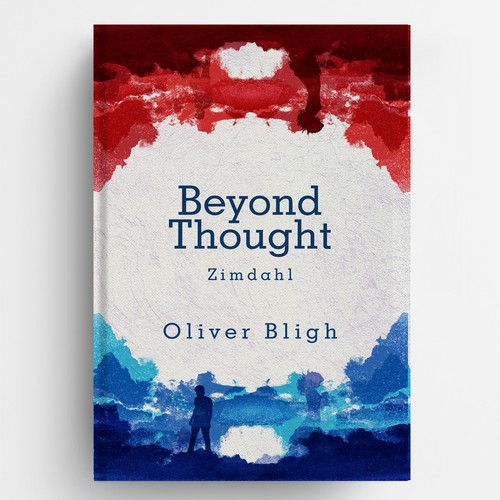 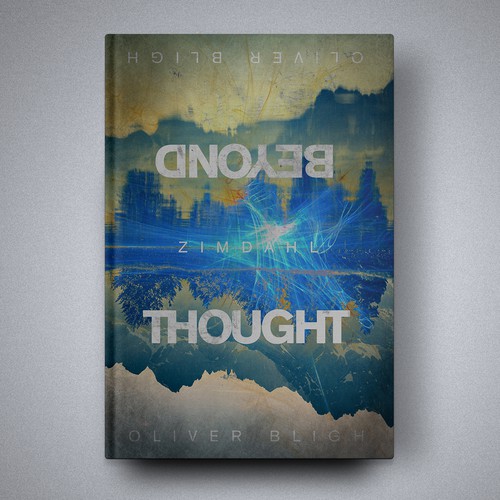 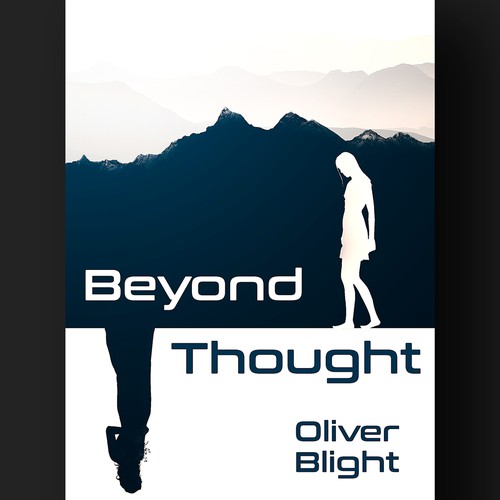 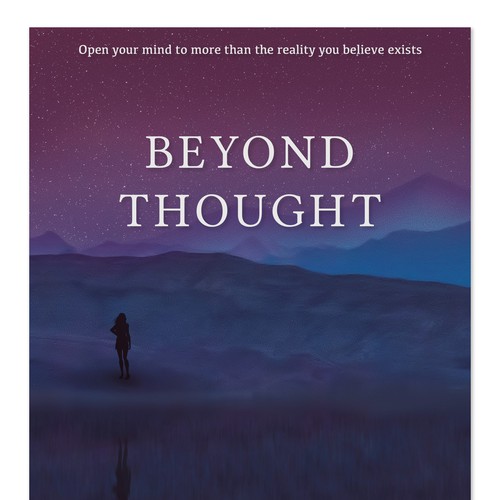 I hold two degrees, one in the arts and one in the sciences which has given me an outlook on life that shifts between theoretical and technical and passion for the space where the two interact. From a very young age my reading and interests have pushed me towards looking deeper into questions around how our minds work and why we behave the way we do. Why are we driven to succeed, why do we fall in love, why do memories fade? I guess it was inevitable that it is around these questions that I created a new fantasy reality in which my book is based.

Beyond thought is a story that follows a young woman and her brother, who we are introduced to in the 'real' world, as they are pulled from the physical realm of existence into the mental one. The world that I created allows the characters to interact with the manifestations of humankind's beliefs.
The book is action based but continually aims to make the reader question the world they live in and the reasons behind the decisions they make.
The book takes place in a city called Zimdahl which is built in the shadow of a mountain range which is why my basic designs feature a mountain range so prominently.

Below is the generic blurb I created to send to publishers once the book is ready...

Beyond Thought is a fictional story that bridges the world we all exist in with the subconscious realm. Humans stand alone in the animal kingdom in that we are influenced by more than just our genetics and our environment, our actions are also strongly dictated by our beliefs, ethics and religion. For humans something doesn't have to exist in this world for it to have a very real effect on us. If we believe something, then it becomes ingrained into our society. Whether it is real or not, whether you personally believe it or not, doesn't have to matter. You know about it and it will influence your decisions regardless.

I took the simple premise of humans having evolved to only pick up limited band widths of each of our senses, we can only hear in certain decibel ranges, see in specific band lengths and physically feel certain pressures. Having said that we all accept that there is much more beyond our senses that we simply do not hear, see or feel. I have expanded that to include our mental capability. We recognize and are aware of only a small fraction of the mental influences and I have created a parallel reality where these influences exist and can be interacted with.

The story follows a young woman and her brother, who we are introduced to in the 'real' world, as they are pulled from the physical realm of existence into the mental one. The world that I created becomes a writer’s (and hopefully reader’s) dream as it allows the characters to interact with the manifestations of humankind's beliefs. I realize that this may begin to sound rather heavy handed and philosophical but I have not written the story arc that way, it is a completely fictional tale based in a fantasy world. The grounding to our reality simply provides an emphasis and added layer of reflection to the underlying message where there may not have been otherwise.

Hopefully anyone with an open mind

I think the original shantaram cover is excellent in its simplicty and design
The colors and imagry in this cover really appeal to me. I think it conveys a lot without trying too hard.

I have provided a couple of very basic designs with this submission which should show my current thinking, although I would like to mention that I am open to other ideas. I am not set on any idea at the moment and would love to see a different take on my own thoughts.

Please do not feel limited by my ideas on the cover. I'm sure there is a lot that can be done with the idea of bridging the mental and physical realms.

My design is based around a mirror image/reflection in a silhouette at the base of a mountain range. One side of the reflection represents the physical realm we exist in now and the other the mental realm most of the book unfolds in. The top side of the reflection shows a young woman in her early twenties (the protagonist), reflected against a dark image which should reflect an ominous presence (the antagonist).

I have shown the two images as both mirrored and inverted but that is just coincidence.

Comienza ahora
We need a powerful book cover for a Science-Fiction novel
€ 359
The target audience is between 25-45 years old, speaks French (France, Canada, Belgium, Switzerland), who likes Sc-Fi
67
entries
12
designers
Western Landscape for cover of trippy novel.
US$ 549
Students, teachers, activists, hippies, armchair sociologists, veterans, stoners, coastal elites, outdoor types, dropout
57
entries
13
designers
Book cover
GBP 239
Young mums / parents / to be discussed after coffee mornings
8
entries
4
diseñadores
The Death of Neo-Darwinism
199 $US
This is a hot topic and would be of interest to anyone in the academic community regardless of the discipline.
26
entries
11
designer graphistes
Creative Book Cover for a Female Dating and Relationships Title
199 USD
Women reading this book are usually younger and they’ve just been through a breakup. They don’t know how to collect the
150
entries
24
designer
Book cover for non-fiction
199 $US
162
entries
14
designer graphistes
Más información sobre diseño de portada de libro o revista
Vea como funciona