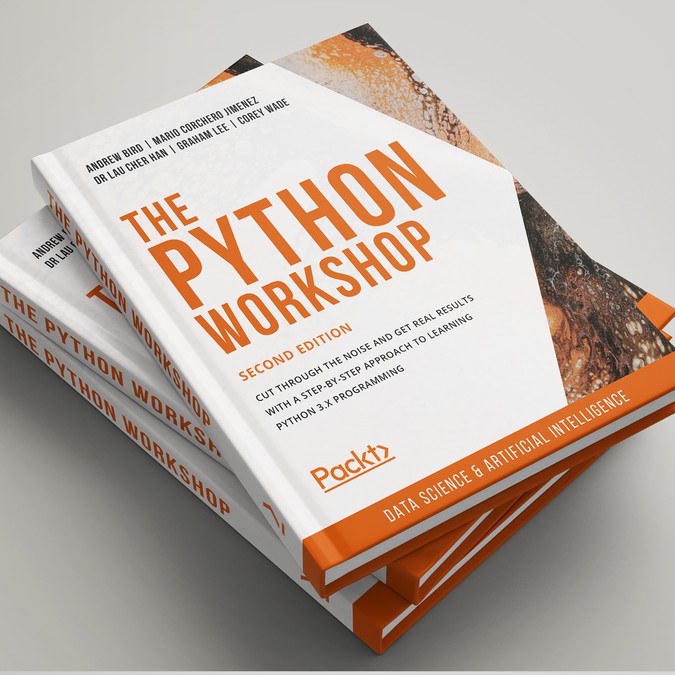 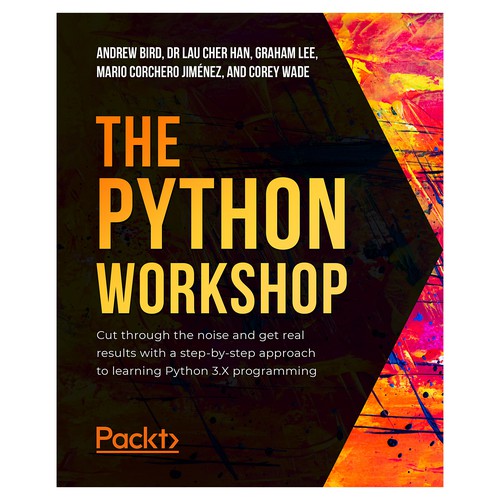 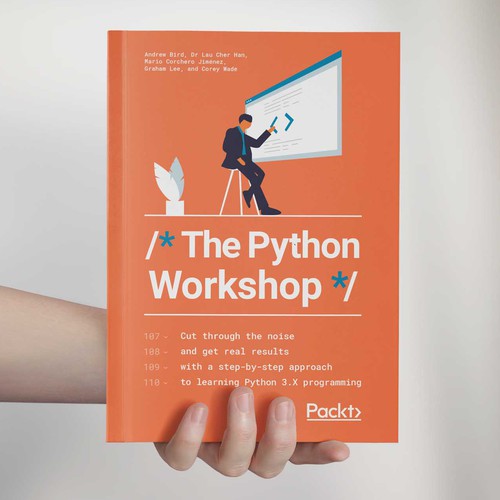 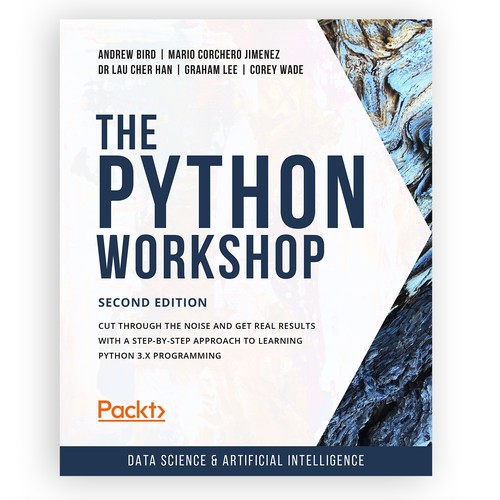 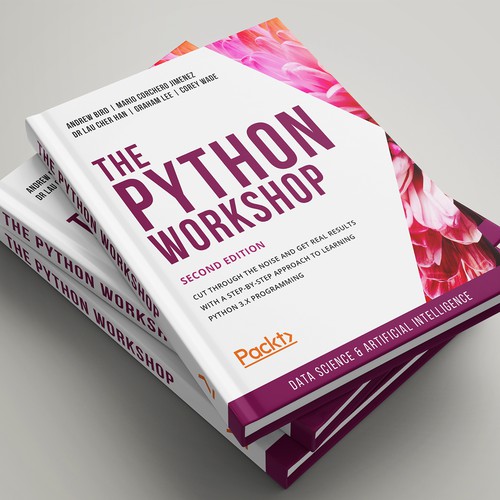 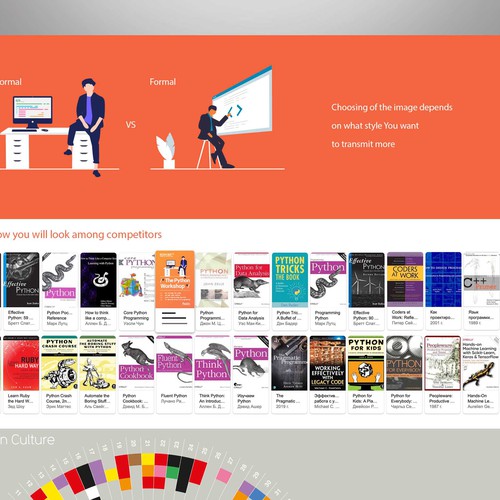 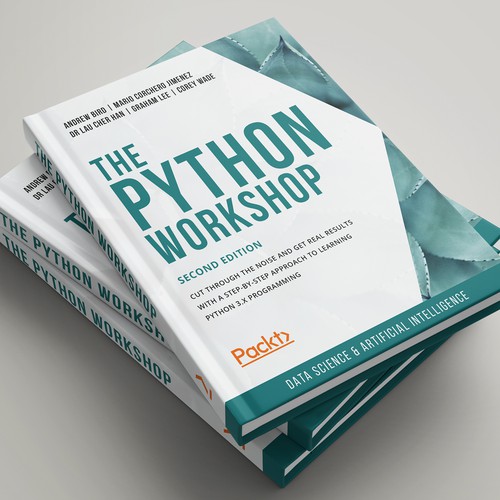 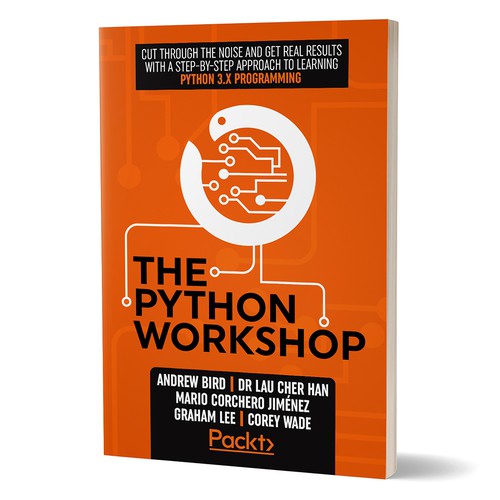 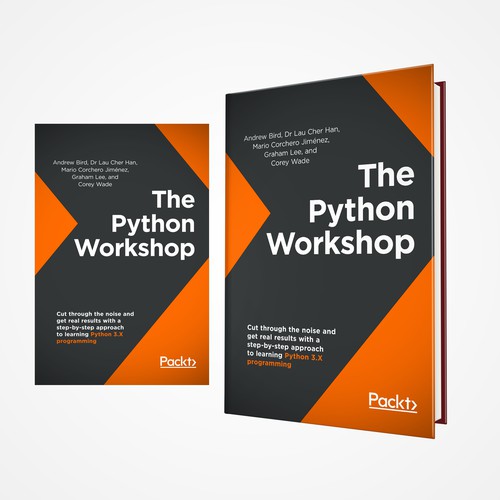 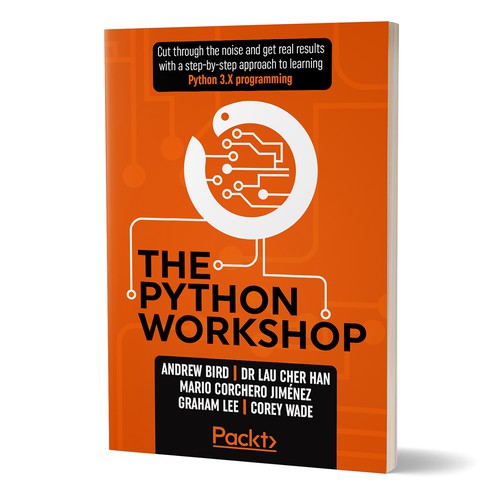 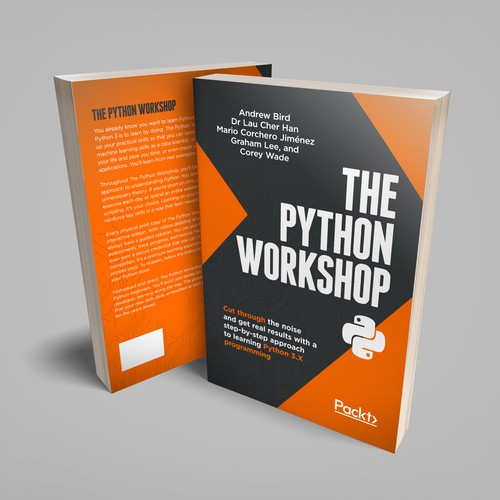 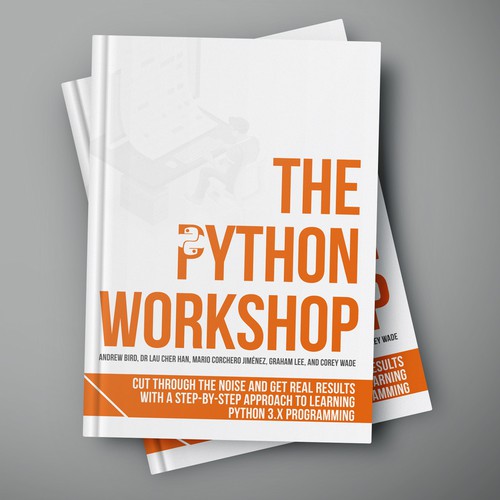 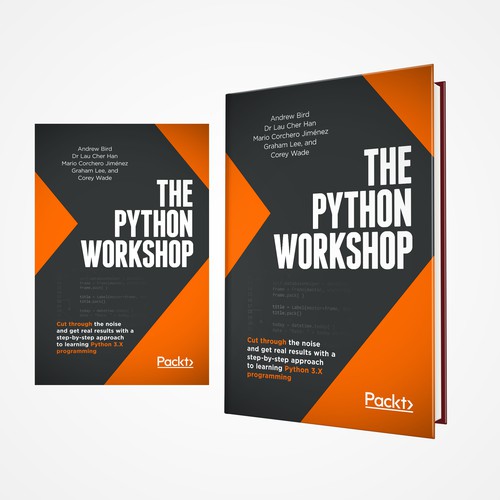 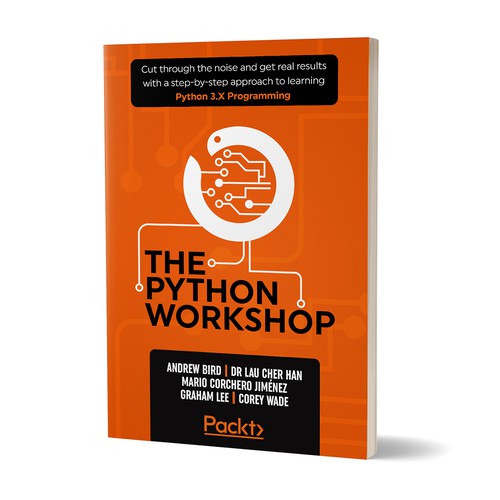 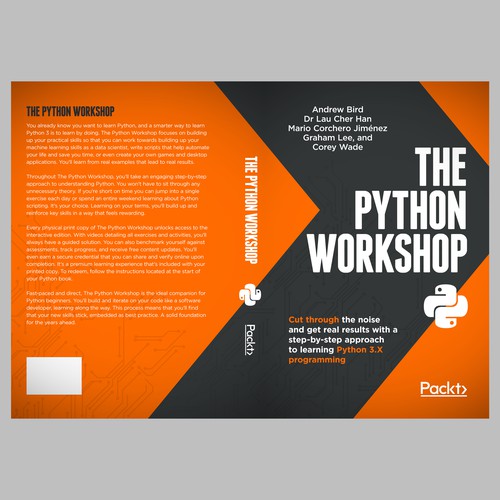 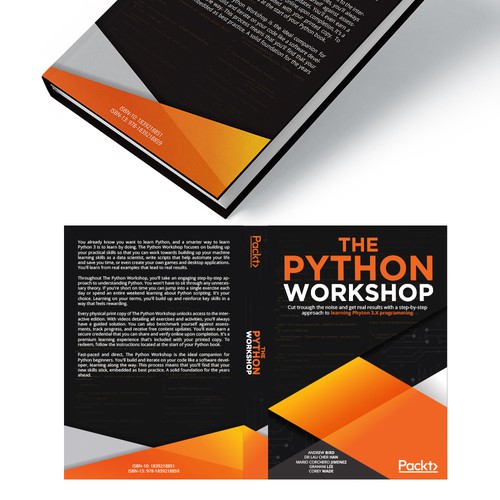 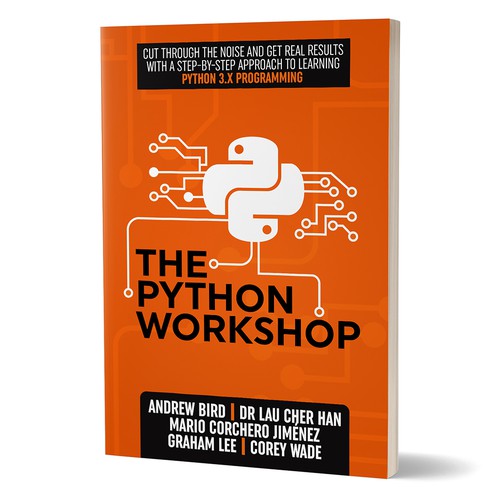 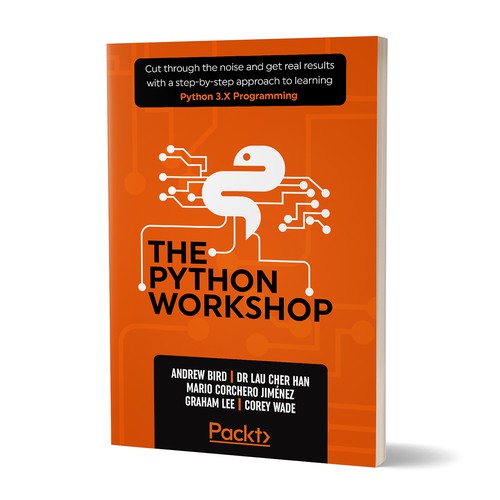 Andrew Bird is the data and analytics manager for Vesparum Capital. He leads the software and data science teams at Vesparum, overseeing full stack web development in Django / React. He is an Australian actuary (FIAA, CERA), who has previously worked with Deloitte Consulting in financial services. Andrew also currently works as a full-stack developer for Draftable Pvt. Ltd. He manages ongoing development of the donation portal for Effective Altruism Australia website, on a voluntary basis.

Dr Lau Cher Han is a Chief data scientist, and currently the CEO of LEAD, an institution that provides programs on data science, full stack web development, and digital marketing. Well-versed in programming languages: JavaScript, Python, C# and so on he is experienced in web frameworks: MEAN Stack, ASP.NET, Python Django and is multilingual, speaking English, Chinese, Bahasa fluently. His knowledge of Chinese spreads even into its dialects: Hokkien, Teochew, and Cantonese.

Mario Corchero Jiménez is a senior software developer at Bloomberg. He leads the Python infrastructure team in London, enabling the company to work effectively in Python and building company-wide libraries and tools. His professional experience is mainly in C++ and Python, and he has contributed some patches to multiple Python open source projects. He is a PSF fellow, having received the Q3 2018 PSF Community Award, is vice president of Python España (the Python Spain association), and has served as Chair of PyLondinium, PyConES17, and PyCon Charlas at PyCon 2018. Mario is passionate about the Python community, open source, and inner source.

Graham Lee is an experienced programmer and writer. He has written books including Professional Cocoa Application Security, Test-Driven iOS Development, APPropriate Behaviour and APPosite Concerns. He is a developer who's been programming for long enough to want to start telling other people about the mistakes he's made, in the hope that they'll avoid repeating them. In his case, this means having worked for about 12 years as a professional. His first programming experience can hardly be called professional at all: as it was in BASIC, on a Dragon 32 microcomputer.

Corey Wade, M.S. Mathematics, M.F.A. Writing & Consciousness, is an author, educator, and data scientist. He has taught Natural Language Processing in Python as a Data Science and Artificial Intelligence Instructor for Hello World, developed Python curricula as a Senior Technical Learning Designer with the Data Team at Pathstream, and developed original statistics and machine learning models in Python that have been published in Towards Data Science and Springboard. Currently, he chairs the Math Department at Berkeley Independent Study and teaches innovative enrichment courses (often including Python!) with One Student, One Class. When not teaching or working in Jupyter Notebooks, he's chasing waves with his daughter Josephine and wife Jetta in the Bay Area.

You already know you want to learn Python, and a smarter way to learn Python 3 is to learn by doing. The Python Workshop focuses on building up your practical skills so that you can work towards building up your machine learning skills as a data scientist, write scripts that help automate your life and save you time, or even create your own games and desktop applications. You'll learn from real examples that lead to real results.

Throughout The Python Workshop, you'll take an engaging step-by-step approach to understanding Python. You won't have to sit through any unnecessary theory. If you're short on time you can jump into a single exercise each day or spend an entire weekend learning about Python scripting. It's your choice. Learning on your terms, you'll build up and reinforce key skills in a way that feels rewarding.

Every physical print copy of The Python Workshop unlocks access to the interactive edition. With videos detailing all exercises and activities, you'll always have a guided solution. You can also benchmark yourself against assessments, track progress, and receive free content updates. You'll even earn a secure credential that you can share and verify online upon completion. It's a premium learning experience that's included with your printed copy. To redeem, follow the instructions located at the start of your Python book.

Fast-paced and direct, The Python Workshop is the ideal companion for Python beginners. You'll build and iterate on your code like a software developer, learning along the way. This process means that you'll find that your new skills stick, embedded as best practice. A solid foundation for the years ahead.

This book is designed for professionals, students, and hobbyists who want to learn Python and apply it to solve challenging real-world problems. Although this is a beginner's book, it will help if you already know standard programming topics, such as variables, if-else statements, and functions. Experience with another object-oriented program is beneficial, but not mandatory.

We're looking for a whole new book cover design and layout. We're looking to break the mould of our previous book covers and come up with a fresh new look using 'The Python Workshop' as an example. Listed below is some customer feedback we received from a recent survey.

When asking our customers about what it is that appeals to them about book covers they like we found that 29% talked about ‘Text Clarity’ and 24% said ‘Simplicity’. Furthermore, they were able to articulate a number of different appealing attributes:

Text Clarity: “Clear & readable font”, “Clearly labels level & topic”
Simplicity: ”Seems clear, concise, and visually appealing.“
Structure/Design: “Draws my attention to what is on the cover”
Use of Imagery: ”I like the abstract images - I seem to be able to identify the books I own easier with them (sticks out in my mind).“
Modern: “It is a very modern and attractive design”
Author Prominence: ”Humanizes the author“
Use of Color: “The orange mid-page bar is attention catching”
Professionalism: ”It has a more professional appearance“
Eye Catching: “It just caught my eye for some reason”
Familiarity: ”You can see from far away that it is a Packt book.

I need a powerful ebook design to stop domestic violence against disabled females
269 AU$
Readers who enjoy reading poetry. Age 16+. Gender; mostly females. Location; globe. Anyone who experienced mental health
14
entries
3
Designer
Modern art nouveau-style fantasy cover for printed book. Ebook cover project to follow.
£ 319
Primarily for adults, but younger readers would enjoy it too. A general audience that likes epic fantasy with psychologi
8
entries
2
Designer
I need an eye-catching book cover that grabs your attention right away.
499 $
murder mystery readers, true crime readers, police procedure readers, suspense readers, thriller readers, police enthusi
190
entries
18
Designer
paper back and ebook cover
£ 319
Someone is reading this book to understand how to get the best loan offer by boosting his three-digit credit score. He m
43
entries
8
designers
Looking for a Book Cover of 5 "Star" Quality
USD 259
Business and life coaches, speakers. Mostly women ages 40-75 who look for a short read for inspiration.
153
entries
24
diseñadores
Creative Book Cover for a Female Dating and Relationships Title
199 $US
Women reading this book are usually younger and they’ve just been through a breakup. They don’t know how to collect the
150
entries
24
designer graphistes

Comienza ahora
I need your inspirational eBook cover design and expert advice on refining my subtitle
€299
Frustrated people (early-adulthood to middle-aged) who're too busy and too distracted to keep in shape; and who're tired
158
entries
22
デザイナー数
The Garden of Shadows and Bones
MXN 10’099
My books are geared towards New Adult. They are mainly about dark fantasy with witches and magic.
62
entries
24
designer
Awakening - A Paranormal Romance Cover Contest
$399
Women anywhere in the world, 18-60 years old
89
entries
22
diseñadores
Book cover for a fiction about love, loss, and perseverance. Inspired by a true story
$ 399
Adult fiction romance love and loss mostly female
81
entries
22
Designer
Design a cover for "Messages that Mean the Most"- Inspiration for Finding Potential
199 USD
Young persons in their twenties who have graduated and seeking direction and professionals in their thirties who seek in
37
entries
15
designer
Please help save a great book from a not so great first cover attempt :)
299 $
Dads/grandpas, baseballl fans/parents, anyone interested in general comedy, sports fiction, 90s nostalgia.
23
entries
7
Designer
Más información sobre diseño de portada de libro o revista
Vea como funciona