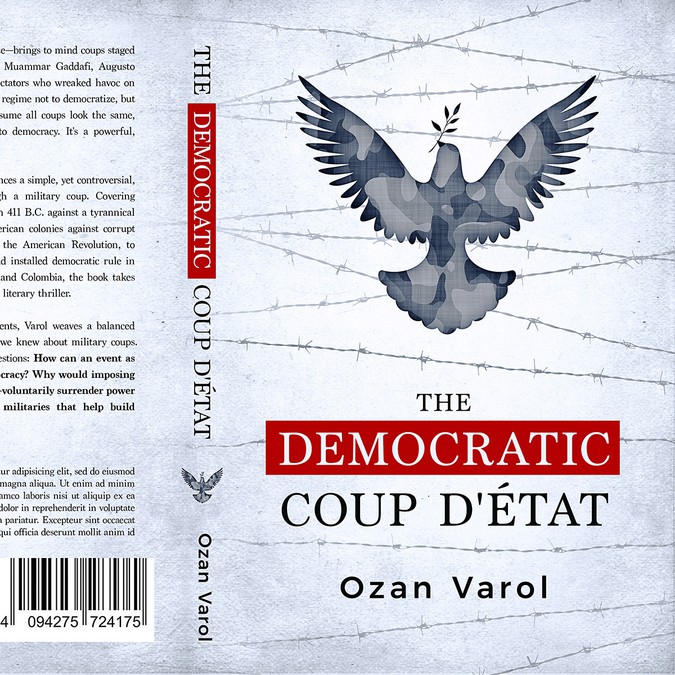 Design a modern, elegant cover for a groundbreaking non-fiction book 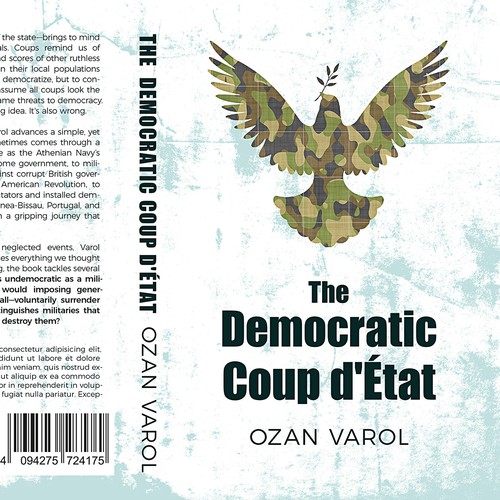 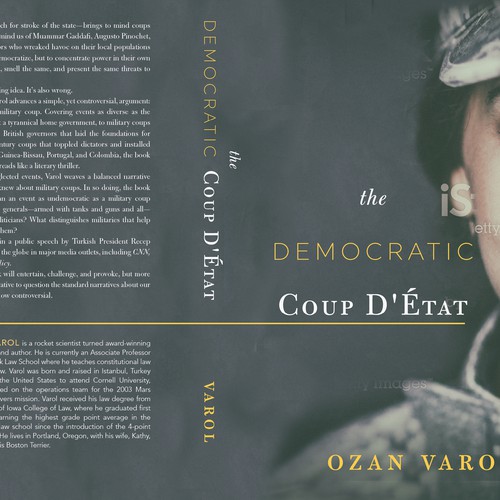 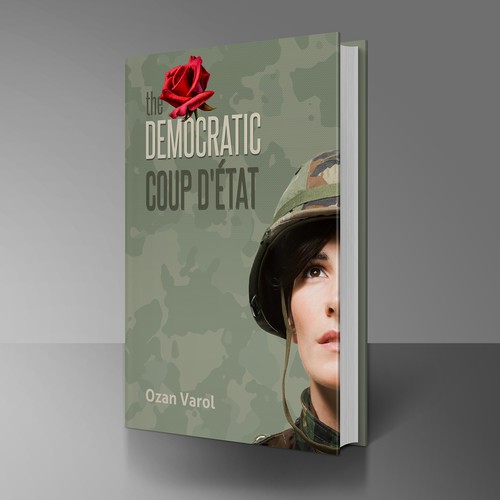 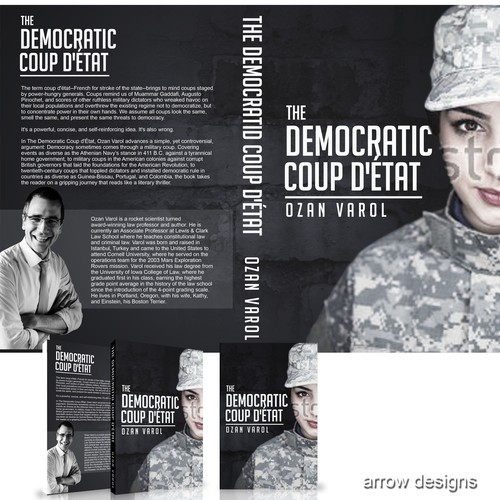 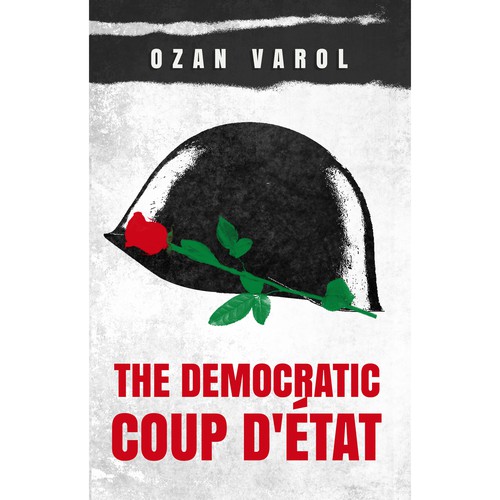 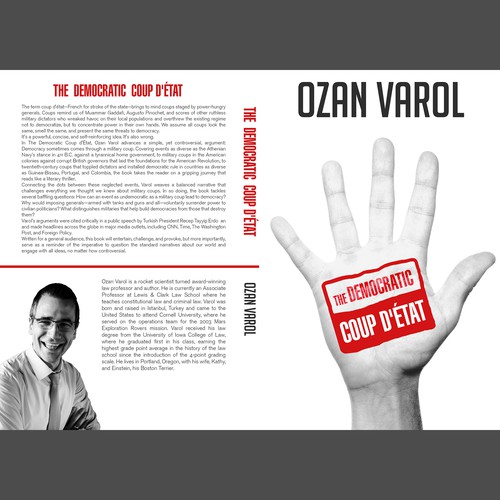 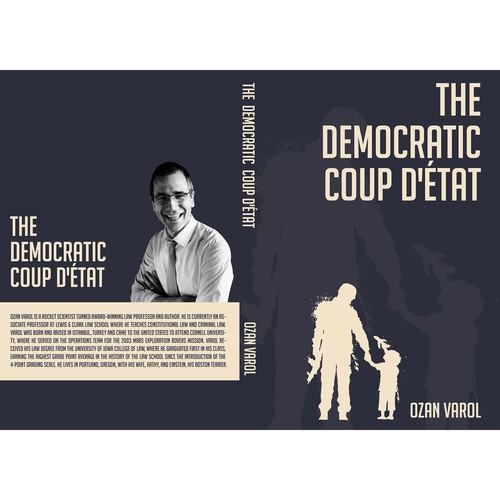 Ozan Varol is a rocket scientist turned award-winning law professor and author. He is currently an Associate Professor at Lewis & Clark Law School where he teaches constitutional law and criminal law. Varol was born and raised in Istanbul, Turkey and came to the United States to attend Cornell University, where he served on the operations team for the 2003 Mars Exploration Rovers mission. Varol received his law degree from the University of Iowa College of Law, where he graduated first in his class, earning the highest grade point average in the history of the law school since the introduction of the 4-point grading scale. He lives in Portland, Oregon, with his wife, Kathy, and Einstein, his Boston Terrier.

The term coup d'état--French for stroke of the state--brings to mind coups staged by power-hungry generals. Coups remind us of Muammar Gaddafi, Augusto Pinochet, and scores of other ruthless military dictators who wreaked havoc on their local populations and overthrew the existing regime not to democratize, but to concentrate power in their own hands. We assume all coups look the same, smell the same, and present the same threats to democracy.

It's a powerful, concise, and self-reinforcing idea. It's also wrong.

In The Democratic Coup d'État, Ozan Varol advances a simple, yet controversial, argument: Democracy sometimes comes through a military coup. Covering events as diverse as the Athenian Navy’s stance in 411 B.C. against a tyrannical home government, to military coups in the American colonies against corrupt British governors that laid the foundations for the American Revolution, to twentieth-century coups that toppled dictators and installed democratic rule in countries as diverse as Guinea-Bissau, Portugal, and Colombia, the book takes the reader on a gripping journey that reads like a literary thriller.

Connecting the dots between these neglected events, Varol weaves a balanced narrative that challenges everything we thought we knew about military coups. In so doing, the book tackles several baffling questions: How can an event as undemocratic as a military coup lead to democracy? Why would imposing generals—armed with tanks and guns and all—voluntarily surrender power to civilian politicians? What distinguishes militaries that help build democracies from those that destroy them?

Varol’s arguments were cited critically in a public speech by Turkish President Recep Tayyip Erdoğan and made headlines across the globe in major media outlets, including CNN, Time, The Washington Post, and Foreign Policy.

Written for a general audience, this book will entertain, challenge, and provoke, but more importantly, serve as a reminder of the imperative to question the standard narratives about our world and engage with all ideas, no matter how controversial.

Anyone with an intellectual curiosity. The audience is worldwide, not gender specific. Age-wise, college age or higher.

I'm looking for something that's modern and simple. I'm open to either (1) an illustration or (2) the use of stock imagery. If you go for the second option, here are two images I found that fit the theme of the book:

Nothing too busy or complicated.

Comienza ahora
To "Where the Moon Has Been" and back with your cover design for my fantasy novel
529 $CA
Adult and young adult fantasy readers of both genders, European and North American locations for the most part. Also li
146
entries
39
designer graphistes
Design the cover of a book about the healing power of God
$399
Christians who are tired of being sick and want to receive the healing power of God.
43
entries
19
デザイナー数
Amazon Ebook Cover for german ebook (Topic: Motivation for studying)
299 €
Students
96
entries
16
designer
Diseña un titulo para un e-book sobre Diseño de Interiores, lleva tu proyecto al éxito
3 799 $MX
Recién egresados de Diseño de Interiores, amas de casa que desean convertirse al Diseño de Interiores, Diseñadores de in
165
entries
30
designer graphistes
Quitting to Win book cover
$299
I. THE MARKET A. Characteristics: The audience for this book is women who desire to discover and dev
289
entries
43
デザイナー数
Captivating book cover to inspire hope in the world, and the power of positivity!!
1 599 $CA
Adults in the self- help category, those facing cancer, those who are care givers, anyone who wants to up-level their li
462
entries
82
designer graphistes
Más información sobre diseño de portada de libro o revista
Vea como funciona