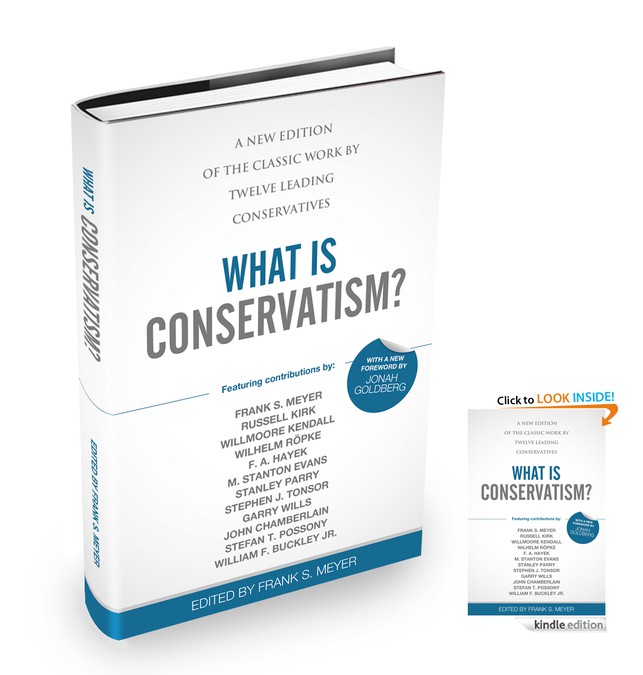 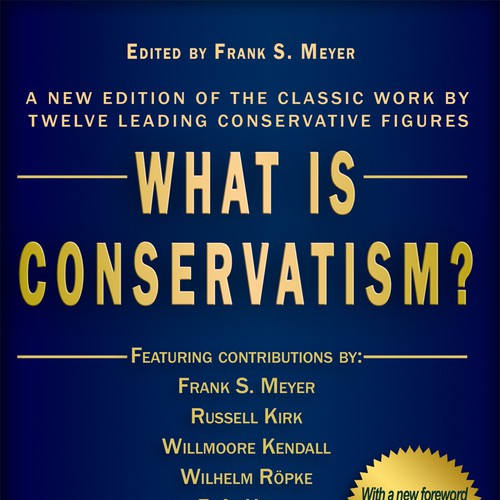 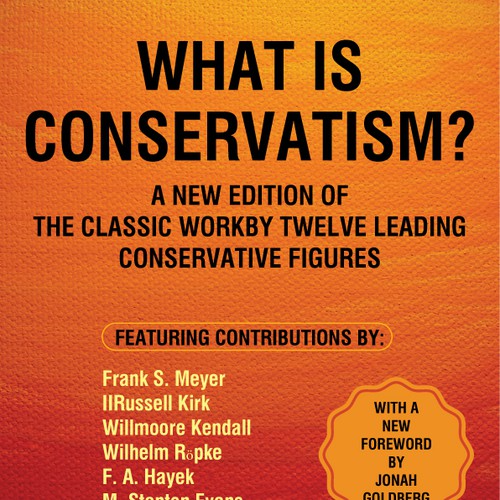 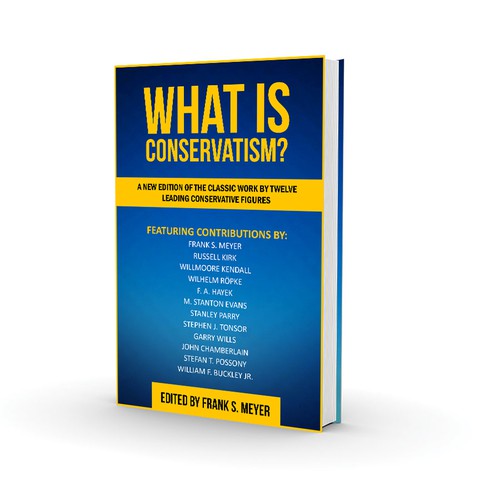 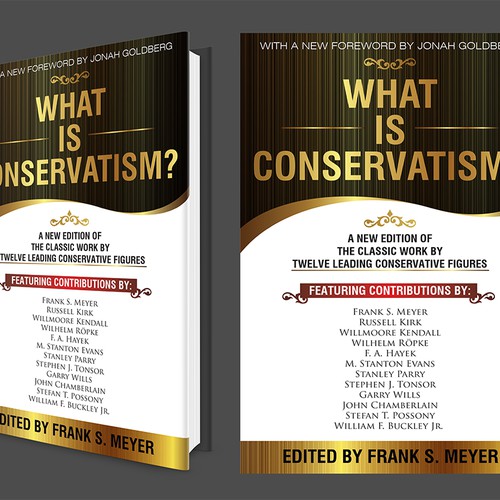 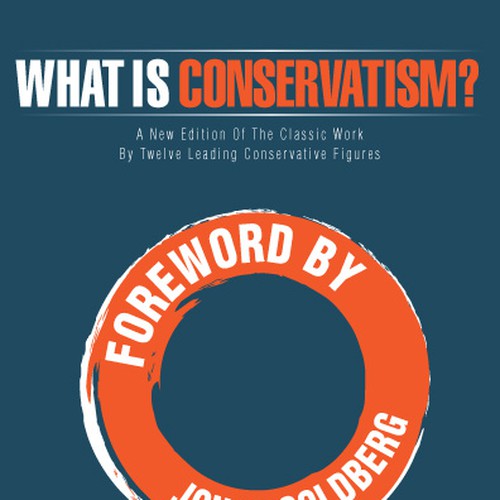 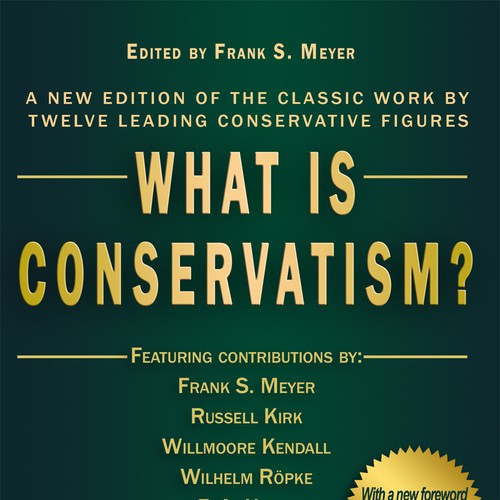 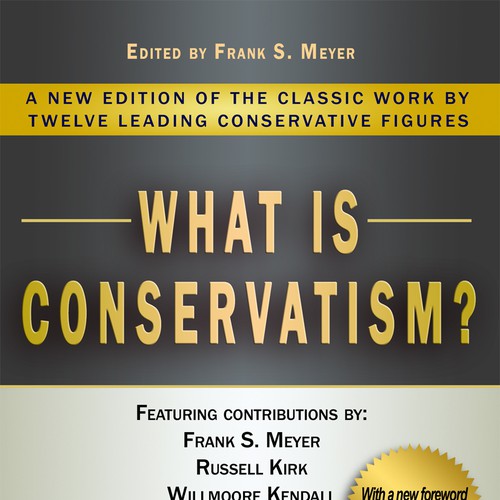 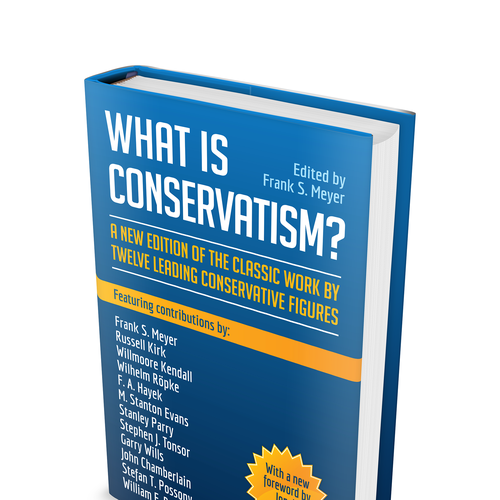 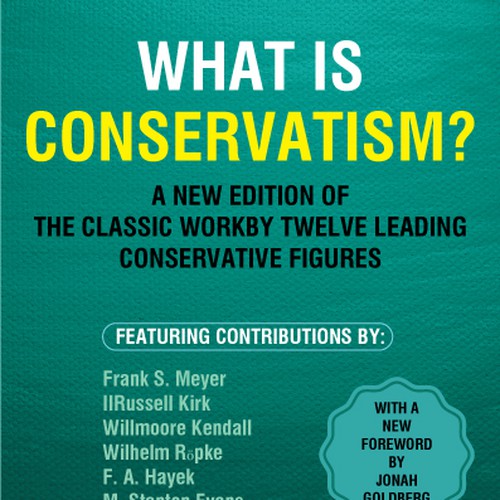 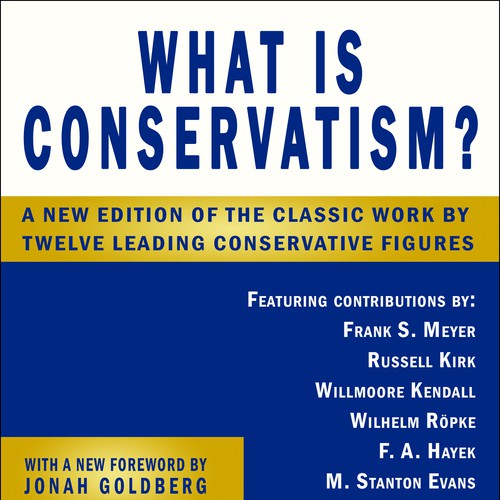 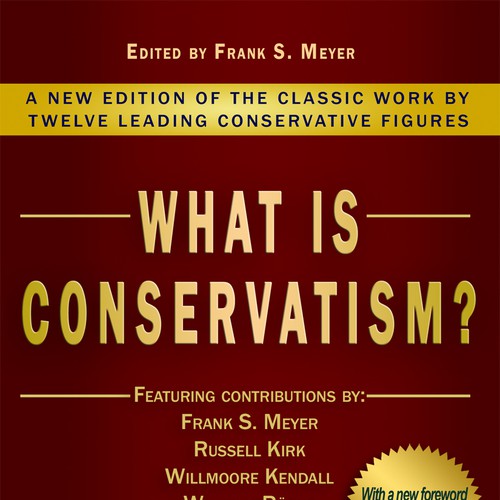 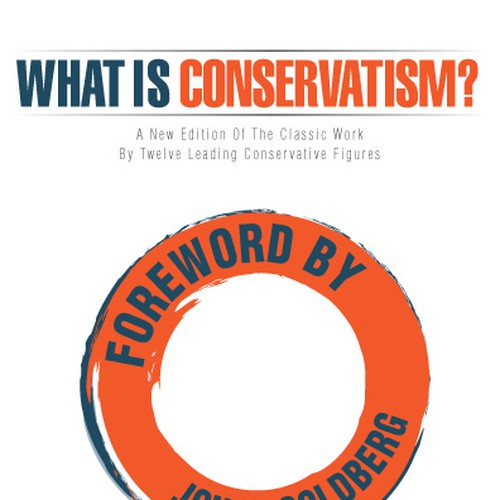 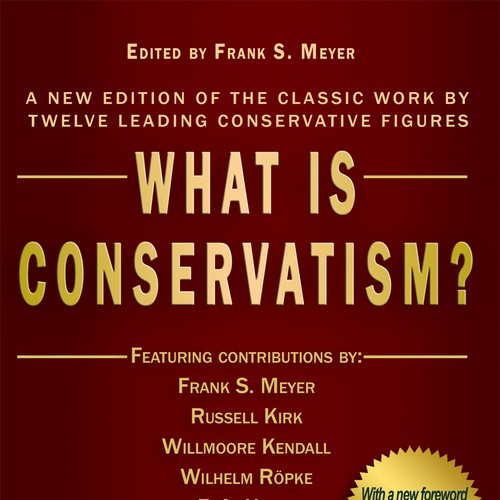 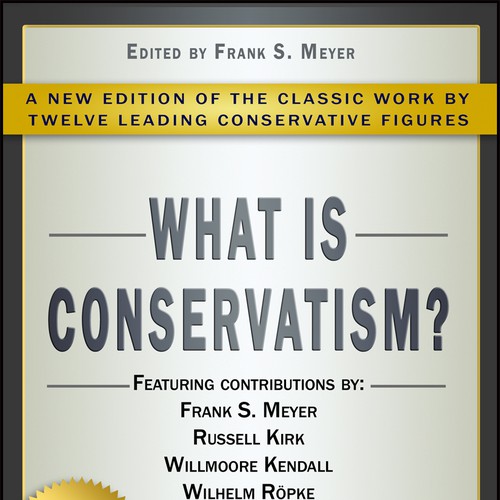 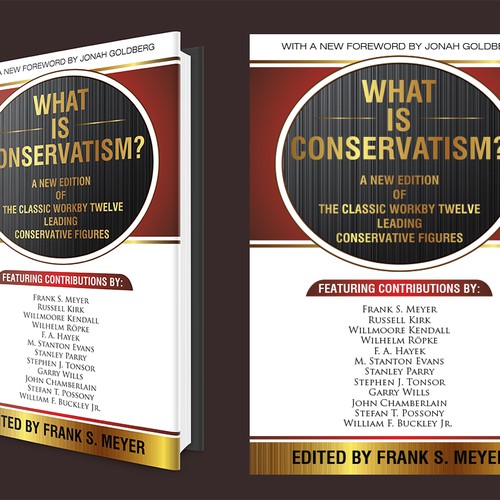 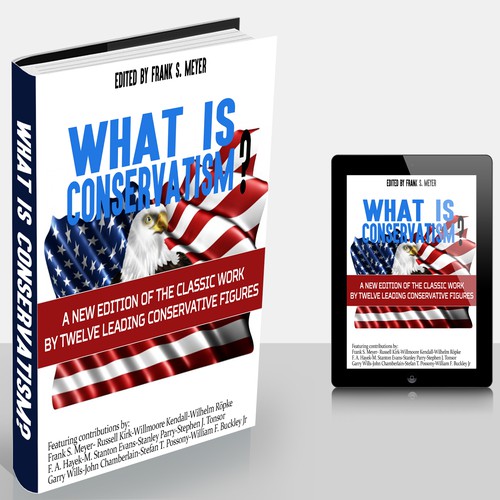 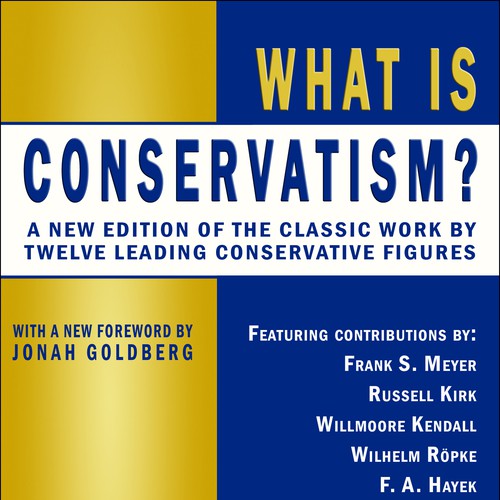 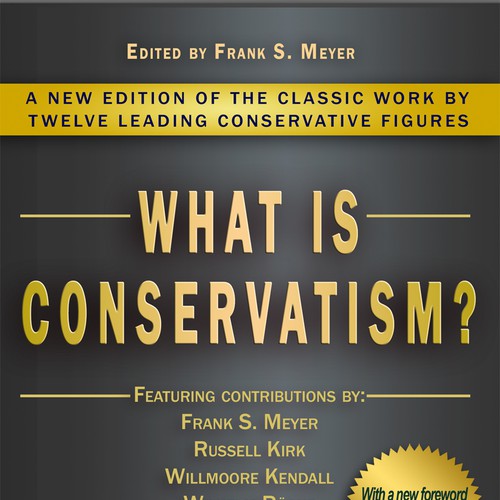 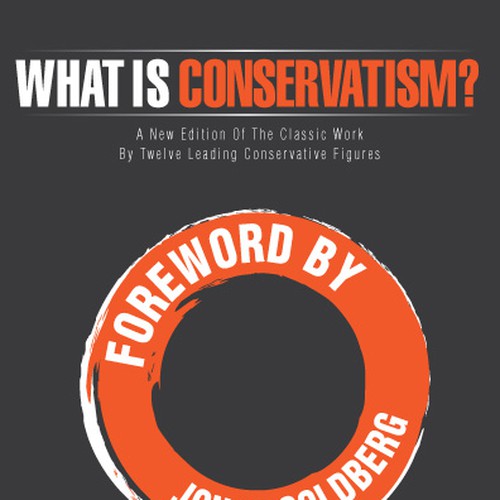 ISI Books is the publishing program of the Intercollegiate Studies Institute, a nonprofit, nonpartisan educational organization that teaches college students the principles and virtues that make America free and prosperous.

ISI Books is looking for a new cover design for a paperback edition of the classic book WHAT IS CONSERVATISM? edited by Frank S. Meyer. Details below.

*Final files should be delivered in Adobe InDesign.*

TITLE: What Is Conservatism?

SUBTITLE: A new edition of the classic work by twelve leading conservative figures

AUTHOR LINE: Edited by Frank S. Meyer [This can be small or perhaps even eliminated. The title should have the most prominence.]

STARBURST OR BAND OR SOME OTHER DISPLAY TYPE:
With a new foreword by Jonah Goldberg

We want to show that this is a classic work while giving it a more updated look. WHAT IS CONSERVATISM? should have strong, readable typeface, and the listing of the twelve contributors should be clean and readable. We should give some weight to the new foreword by Jonah Goldberg, perhaps as a starburst or some other design element.

Here is the original (1964) edition:
prominent
Here are a couple of new editions of classic conservative books published in the same era: http://www.amazon.com/What-Conserva…03043730X/

And here are some other comparable titles:

*Final files should be delivered in Adobe InDesign.*

See the links above to comparable titles and the original edition of the book (published in 1964). See also the attachment included below.

Help MMSAutism.org with a new book or magazine cover
MX$3,999
We are a non-profit organization dedicated to helping the families of children with autism. To date our protocol is…
41
entries
14
designers
Help Fresno New Creation Ministries with a new book or magazine cover
$499
We provide conferences, materials and counseling to those dealing with sexual and relational issues
252
entries
60
designers
Create the next book or magazine cover for Characterhealth.com
499 $US
We equip parents to train a new generation of courageous, Christ-like, character-healthy leaders. We use conferences…
93
entries
20
designer graphistes
Create a book cover for "Mason Wilson And The Dead Bird Debacle"
CA$299
The first in a series of quirky mystery-adventures for middle-graders.
156
entries
30
designers
Design for my eBook, The Revolutionary Misfit Manifesto, a change-the-world type movement.
$299
It's a blog that aims to be a movement based on a concept I have dubbed impact mindfulness...
130
entries
33
designers
Create a NY Times Best Seller Book Cover
$499
This book will target Baby Boomers and Senior Citizens....
418
entries
66
designers

Comienza ahora
Design an eBook cover for the first in a series of four women's self-help books
299 $US
LifeWithoutBaby.com is an international online community for women coming to terms with childlessness. The site offer...
124
entries
21
designer graphistes
More Than a Conqueror
US$799
Conquering Your Past
176
entries
58
designers
Book Cover Redesign
$299
A social enterprise that helps individuals and organizations help and assist those in need....
40
entries
14
diseñadores
Create a striking and eyecatching cover for kindle book
£199
Purely Social is a social care company that provides services and consultancy for vulnerable people and their carers....
241
entries
39
designers
Create the cover for an exciting book proposing a New Way forward in the LGBT/Religious Conservative Impasse
$299
Written by authors reflecting this same diversity religiously and sexually
51
entries
12
designers
Create a non-fiction book cover with the potential for follow up paid projects.
US$299
226
entries
47
designers
Más información sobre diseño de portada de libro o revista
Vea como funciona