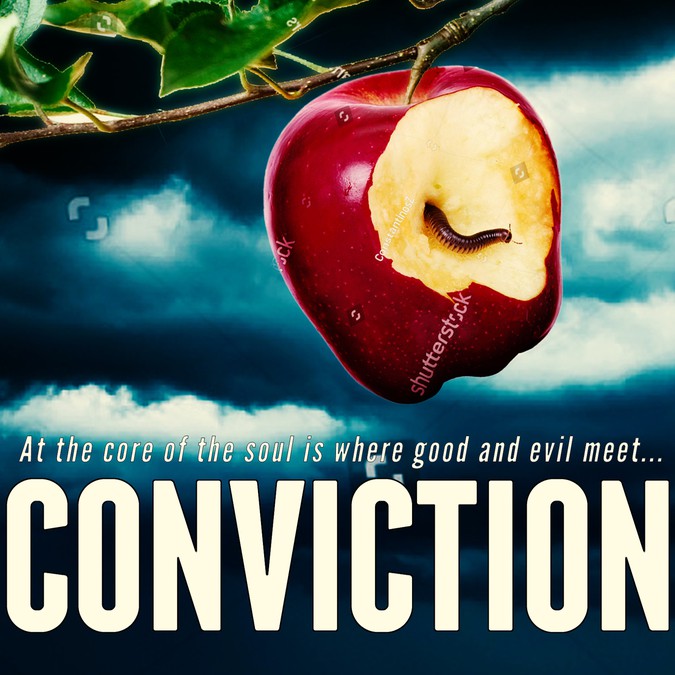 Design a telling story of the book for thriller Conviction 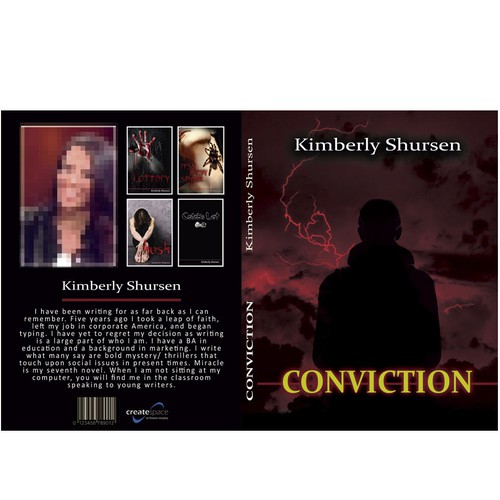 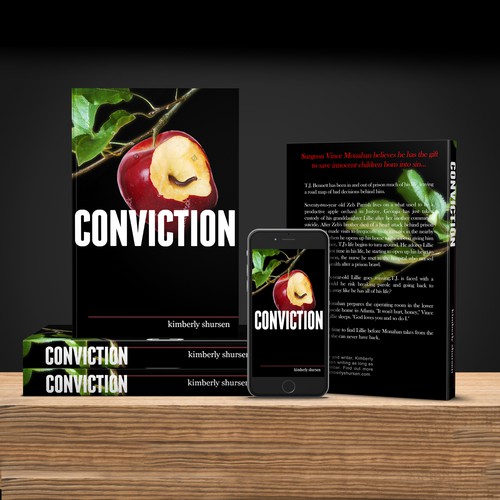 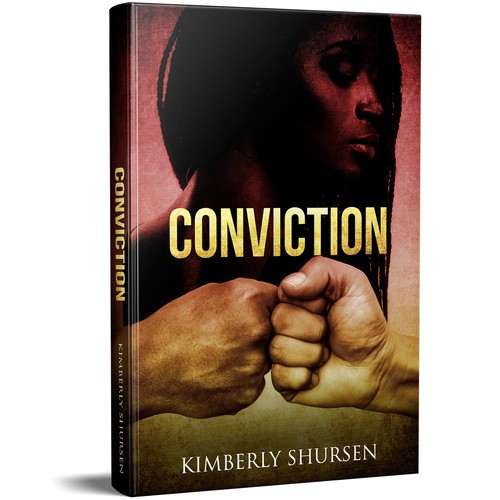 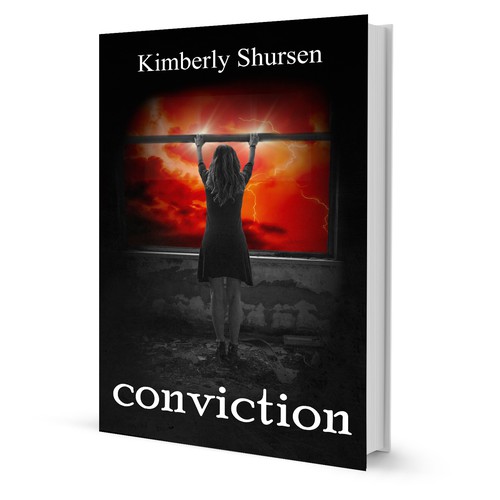 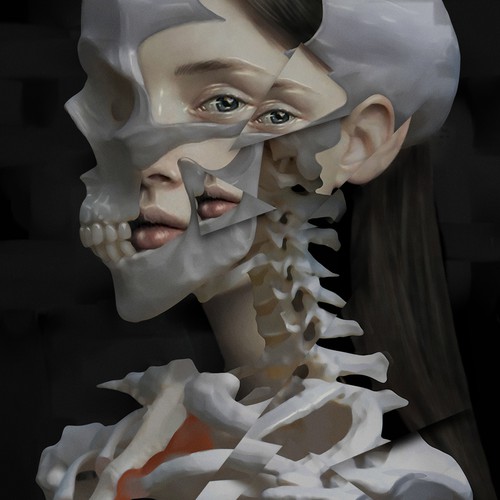 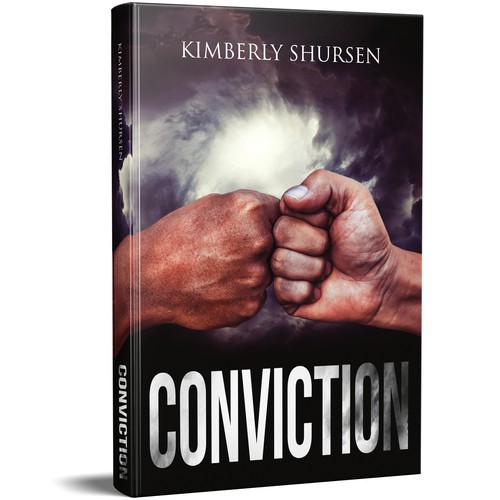 I have been writing for as far back as I can remember. Five years ago I took a leap of faith, left my job in corporate America, and began typing. I have yet to regret my decision as writing is a large part of who I am. I have a BA in education and a background in marketing. I write what many say are bold mystery/ thrillers that touch upon social issues in present times. Miracle is my seventh novel. When I am not sitting at my computer, you will find me in the classroom speaking to young writers.

"Shursen took a controversial topic and voiced herself beautifully as she penned of the Parrish family from Justyce, Georgia."
Surgeon Vince Monahan believes he has the gift to save innocent children born into sin.

T.J. Bennett has been in and out of prison much of his life, leaving a road map of bad decisions behind him.
Seventy-two-year old Zeb Parrish lives on a what used to be a productive apple orchard in Justyce, Georgia has just taken custody of his granddaughter Lillie after her mother committed suicide. After Zeb's brother died of a heart attack behind prison wall, he has made visits to frequently visits inmates in the nearby prison. Ane when he opens up his home to the ex-con giving him a second chance, T.J's life begins to turn around. He adores Lillie and, for the first time in his life, he starting to open up his heart to Maddy Johanson, the nurse he met in the hospital who nursed him back to health after a prison brawl.
But when six-year-old Lillie goes missing,T.J. is faced with a decision: Should he risk breaking parole and going back to prison, or run away like he has all of his life?
Dr. Vince Monahan prepares the operating room in the lower level in his upscale home in Atlanta. "It won't hurt, honey," Vince whispers as Lillie sleeps. "God loves you and so do I."
There is little time to find Lillie before Monahan takes from the little girl what she can never have back.

This is a You tube video I did for convicton
I love this cover! There is thought put into the darkness of the picture, doesn't show a face, but a situation and the colors of the name and cover pop out. I like the way the authors name is at the top. Thought to the content and darkness of the book screams out in this cover.
This would be a dynamite cover showing the storm that is brewing inside the hearts of two men; each having different convictions. Simple, yet wow, the cover and my name at top could really pop with bold color.
Michael, if you see something that is wrong in the text, just let me know. The quote at the top, as well as the two comments at the bottom should be bold and in a different font like the one you used on the tagline, but the same size as the copy. Indent the paragraphs if there isn't enough room to put an extra space between paragraphs. I'm going to purchase the pics now. Let me know if there's anything else you need from me. You're awesome.
Oh my Lord, I think I have everything you need. this computer is driving me insane. I think they make them to last three years so that you have to buy another one. Ugh.
I hope you can see this. Iike this font also. But the light lemon yellow adds a bit of color that compliments the page and the red and white with good and evil I think will stand out.
The light yellow might not work and we might end up with all white again with red for evil. I don't know yet
this is the mock up. If you are unable to do this; I'll send you one that shows the book on kindle. Just let me know.

See imagines above that I've downloaded and what I've said. I think I should put more on here about what I envision and my vision isn't always what I pick. I don't feel this book should have a picture of a person on it, but something symbolic of the story, and I wish I could give you a clue and will try because I have no idea what I want until I see it. Here's more info: 72 year old Zeb lives on a run down apple orchard that used to be one of the largest and best orchards in Georgia, but money and hard times it doesn't even resemble the house he and his wife raised their daughter. T.J. Bennett is in prison when Zeb meets him and opens the door to T.J. Unbeknownst to T.J. Zeb knows he is the father of Lillie; the granddaughter he now has custody of after his daughter commits suicide knowing she has incurable cancer and leaves a note asking Zeb to take care of 6 year old Lillie who is biracial. She has lighter skin and green eyes. (Lillie actually showed up in my dreams twice before I started the book) Vince Monahan is a renowned surgeon who believes he can save innocents conceived by two parents of a different race. According to his church; the Church of Truth, the 11th if a child is born into sin to two parents of a different race, they will never see the gates of heaven unless they never give birth. He has been kidnapping biracial little girls for over three years, taking them to his home after they are drugged, and tying off their tubes (tubal ligation) so that they can never have children. He returns the child, still drugged three days later; the only sign of the abduction is
small scar on their abdomen. I don't envision people on the cover but symbolism of good and bad with maybe what looks like a jagged edge in the middle or something that depicts the two sides of the story. T.J. Bennett has been in prison most of his life, but is starting to change his life; Dr. Vince Monahan is not evil, but does evil. Just think outside the box and maybe an idea comes that is off the chart awesome that I can't think of. Their could be a tagline waiting to happen if I see the right cover. This book is a tough one to narrow down what should be in it. Although it is about a physician who feels he was given a god-given gift to save innocents born into sin, I do not want it to depict religion Please take a look at my other covers on Amazon. Miracle is not on yet, but is in a contest on the Amazon Scout program and has been in the top 20 books since I put it on. Take a look at it on Amazon Scout program and then vote for me. : ) It was designed by 99 designs. It has an overall feeling of eeriness using the color combinations and bold image. This is what I strive for with conviction. I want you to use your imagination to tell a story of a man who was programmed all of his life to believe he became a surgeon because the god he believes in told him he had the gift of saving innocents born into sin. The Eleventh Commandment in The Church of Truth he was raised in states that there no one will marry or have children with those of a different race. Lillie Parrish, the six-year-old child Vince has kidnapped, is African American. She has large apple green eyes, dark hair that has looser curls that she many times wears in braids and mahogany skin. T.J. Bennett, who is a drifter has no idea she is his child when Lillie's grandfather opens up his home to T.J. after his release.
The book is about the convictions of two men; one who has no conviction and has to make a choice; the other about a man whose sole conviction was to save innocent children who he believes will not have eternal salvation unless he operates and takes away their ability to have children. The cover doesn't have to be an image of anyone, however pictures scream out the feeling of the book, but does need to make a statement.
If you want more info, I would be happy to provide. The cover should have one image and be bold. I'll leave it up to your imagination how to portray it as you are the designers and I am not.

I do not want a lot going on. Font should be similar to my other books. I tend to stick with red and blacks, however, I'm totally open to new colors as long as they are darker and bolder. Please look at my other covers on Amazon as I am trying to brand my books and all of them, except Conviction look like Shursen books which is why I'm here.

I like the way this apple is hanging on the tree. Maybe manipulate the worm apple this way?
Purchased and ready to use. Ill probably use this on future books.

Book cover for a hilarious book about cats
399 US$
People in their late 20s and 30s; people who love cats and cat memes; people who love crime novels; people who love hist
60
entries
22
diseñadores
Book cover for non-fiction
$ 199
Therapists or people interesting in treating certain symptoms using Dialectical Behavior Therapy.
289
entries
19
Designer
YA Romance cover
199 $US
Teen to adult
104
entries
27
designer graphistes
Ebook Cover Design
$ 298
People looking to start a new business or side hustle.
137
entries
31
Designer
Classy cover for a memoir. A woman discovers a family secret; her real father was a priest.
499 US$
Classified as memoir, I see my audience as women, middle aged plus. Women interested in family relationships and the inh
158
entries
38
designers
Business book cover needed, themed around phenix and unicorn.
$ 499
Young passionate enterpreneurs both male and female, aged between 18 - 40. Keen to build their own businesses. Target ge
161
entries
42
Designer

Comienza ahora
Need a book cover that draws in young adults to the world of pirates and mermaids.
399 $
Children and young adults. People who are interested in island life, pirates, mermaids and strong female characters.
60
entries
21
Designer
eBook cover for a crime story
179 €
Any person who likes crime stories like The Godfather, The Departed, Breaking Bad, etc.
94
entries
20
designers
Western Landscape for cover of trippy novel.
US$ 549
Students, teachers, activists, hippies, armchair sociologists, veterans, stoners, coastal elites, outdoor types, dropout
57
entries
13
designers
Creative Book Cover for a Female Dating and Relationships Title
199 USD
Women reading this book are usually younger and they’ve just been through a breakup. They don’t know how to collect the
150
entries
24
designer
Book cover for non-fiction
199 $
156
entries
13
Designer
paper back and ebook cover
£ 319
Someone is reading this book to learn the most effective way to write a to-do list that will keep them motivated and pro
51
entries
20
designers
Más información sobre diseño de portada de libro o revista
Vea como funciona