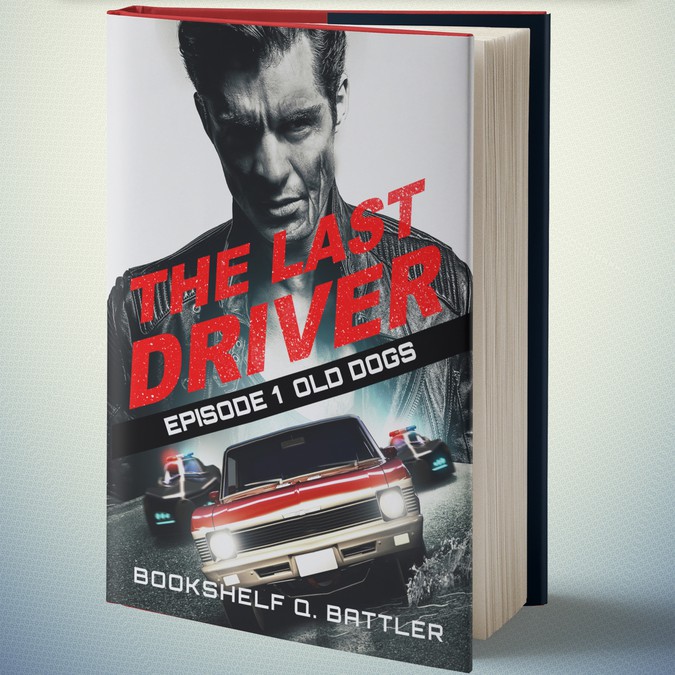 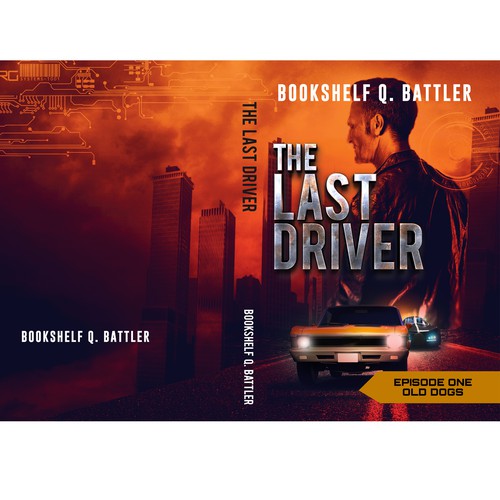 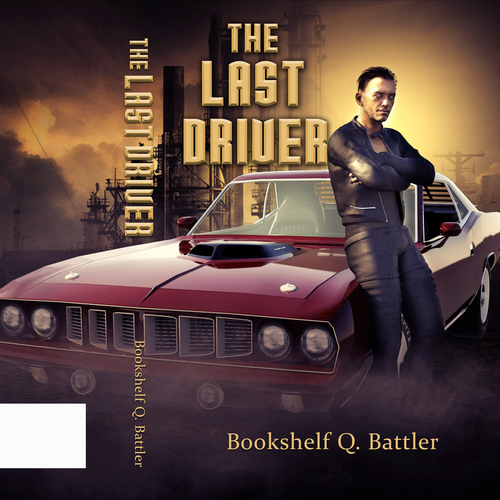 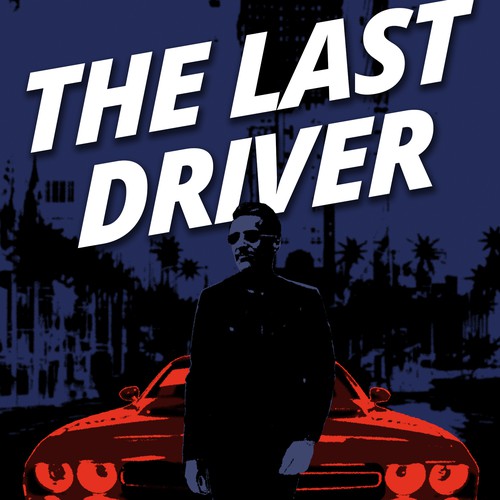 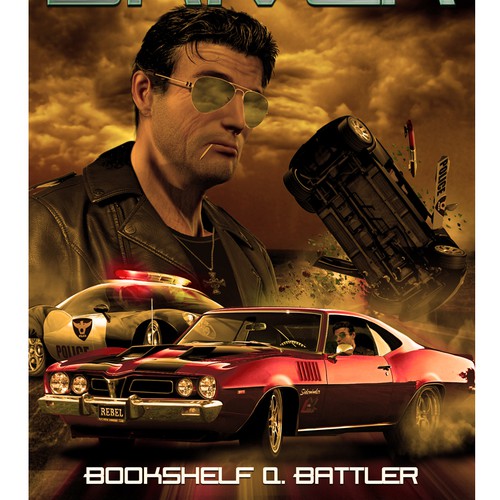 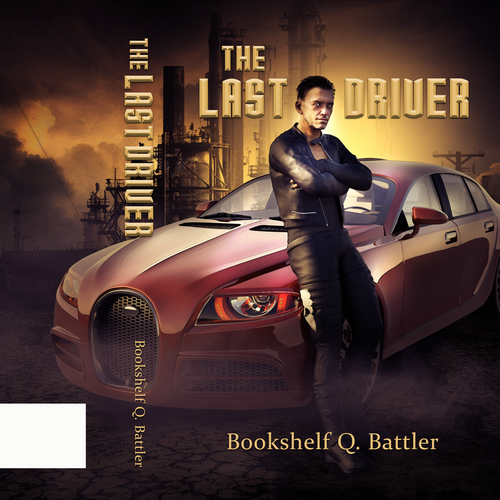 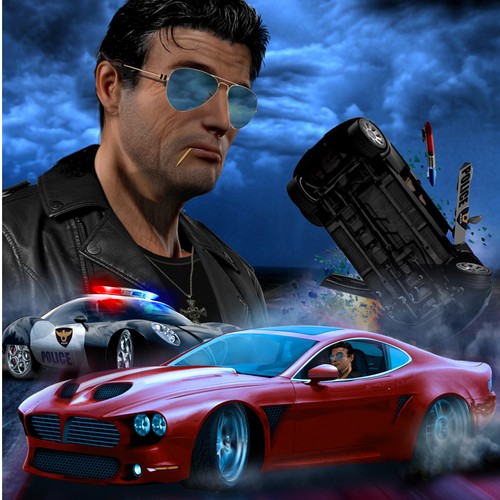 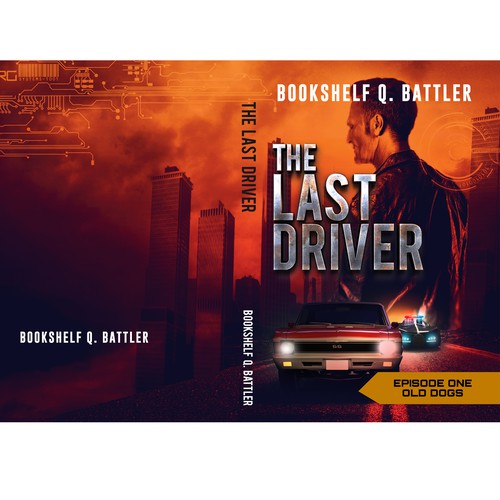 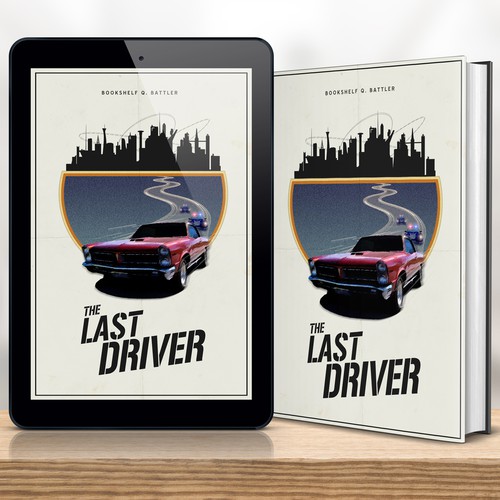 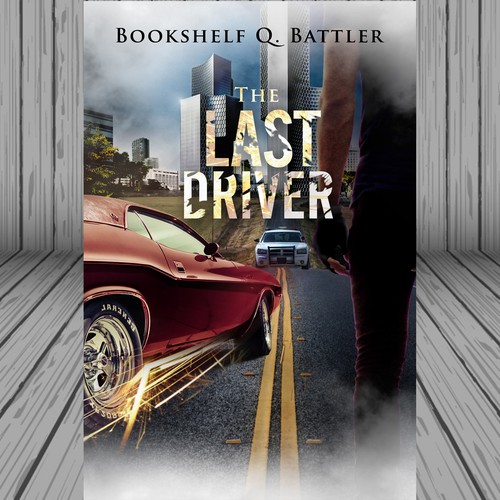 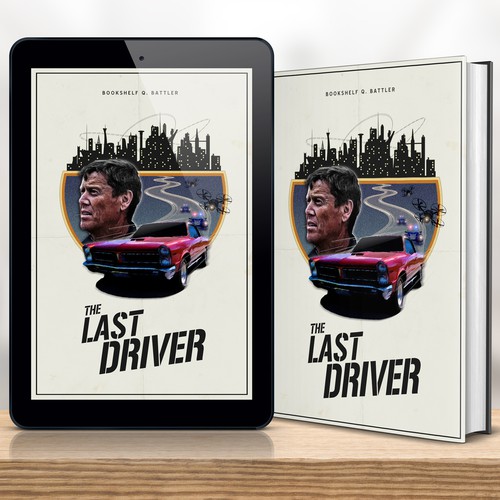 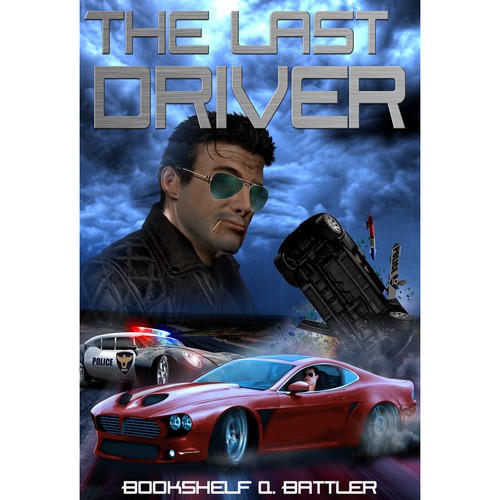 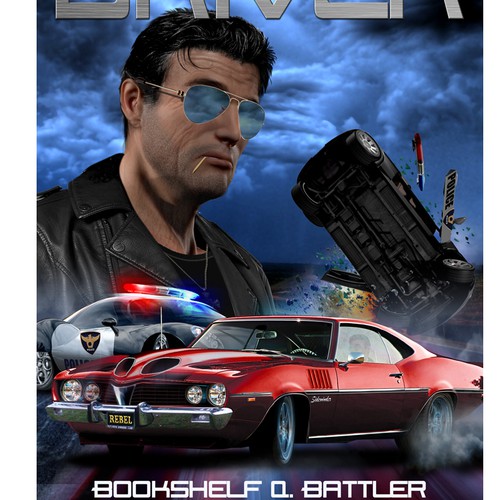 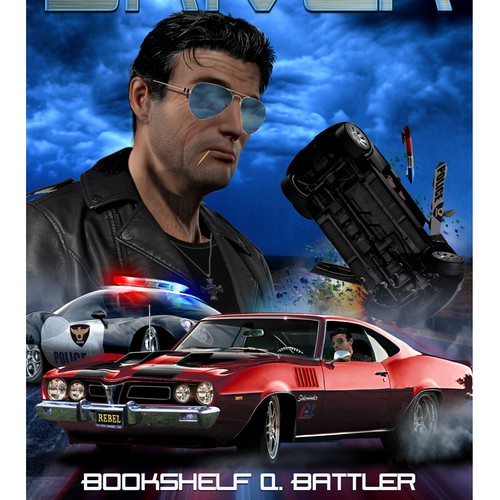 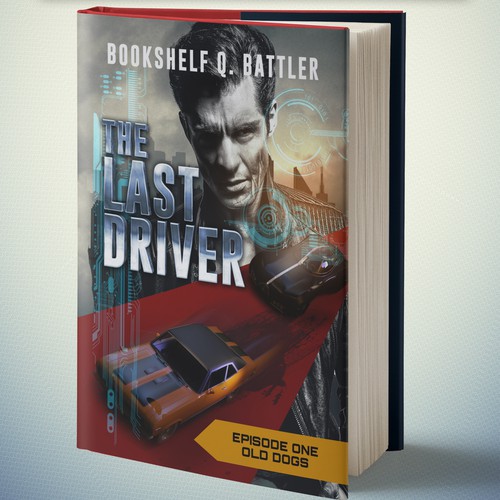 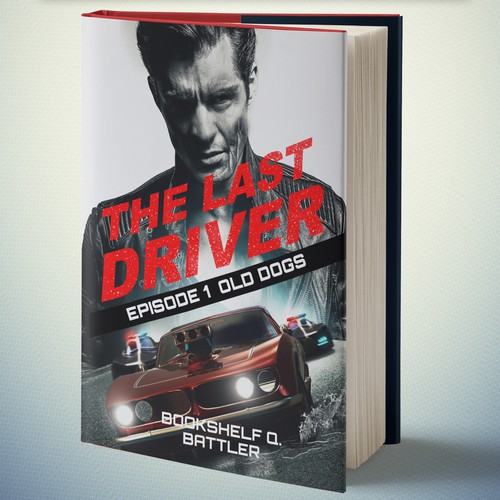 The Last Driver takes place in the year 2050. The One World Order, an Orwellian government that controls every facet of people's lives rules supreme. They do so with technology, i.e. from your phone to your car to your TV they can track what you do and keep tabs on you.

Self-driving cars have been the norm for decades. At first, they seemed very convenient. Rest and work in your car while your car takes you where you want to go. Unfortunately, that morphed into control. Self-driving cars can't be used to do anything illegal. They'll report the user to the authorities if they try to go somewhere inappropriate. You can't take the car to get an ice cream if the car thinks you are too fat, can't take the car to get a smoke because smoking is outlawed, can't take the car to cheat on your wife if you are married, etc. Is it good that self driving cars keep people honest or have they robbed us of free will and the ability to think for ourselves and make our own mistakes?

Enter Frank Wylder, a 63 year old man down on his luck. In his youth in the early part of the century, he was a bad ass wheelman for a mafia heist ring. His car, an American Made Sidewinder named Veronica, was a cool muscle car and he easily outfoxed pursuing police.

But his skills went the way of the dodo when self-driving cars came into play. Or did they? The terrorist organization known as the Nationalist Front wants to end the One World Order, a global government that has banned nations and believes the world should be run as one single unit.

They recruit Frank against his will, kidnapping his granddaughter, forcing him to use his driving skills on a last series of heists designed to bring down the Order. And amazingly, because there are few adults left who remember how to drive, and because self-driving cars aren't able to speed or break the traffic laws, Frank and his muscle car are able to run roughshod all over the place, bringing the Order to its knees.

Read the above description of the book and then it's up to you. Frank is 63 years old, he used to be handsome, still sort of is though his face has been weathered by age. Has black hair that he dyes. Wears a black leather jacket, mirrored aviator shades. Toothpick dangles out of his mouth. Often wears a silver cross over a black shirt. Black jeans. The man in black basically. I picture his hair having sort of a spikey look, or maybe it could be slicked back. His hair is cool.

Think an aging movie star basically. Old but has put the work in to keep it together best he can.

Maybe you don't want to even show Frank. His car is the "American Made Sidewinder" - "American Made" is a car company like General Motors or Ford.

His car is nicknamed Veronica. Car is a muscle car like a Dodge Challenger or a Pontiac GTO. Think fast and strong. Don't copy an actual car and get me in trouble for copyright etc. But the car would look something like that. It is red.

Self-driving cars are described as sort of like regular cars, a little bigger, a lot sleeker. On the inside people relax, play games, watch tv, just chill while the car drives them. Perhaps Frank's car could be chased by two self-driven police cars.

That's the rub. You'd have to make the self-driven police cars look futuristic yet not crazy Jetsons like. They don't fly. They have wheels. they'd be black and white with red and white lights and sirens. They'd just be a little sleeker and cooler than today's cop car.

So maybe Frank could behind the wheel. Maybe the window's tinted so its just a car chase. There are options if you don't feel adventurous enough to drive frank.

Maybe it's just him behind the wheel, his black gloved hands on the wheel. He looks pissed off as the world has changed so much and he isn't happy about it. Don't forget the toothpick and the above description.

There are drones in the book. Little twerps that hover around your house and report on any bad actions you do to the government. They're small, circular camera on a flat base with rotor helicopter blades. Standard drone. Maybe incorporate that? Maybe not.

There's an Honor Guard squad that dresses in white armor and incinerates people undesirable to the government with flamethrowers. So that's fun. But I mean, don't make them look like Star Wars stormtroopers.

They probably really can't be in it because they just walk. I'm looking for a car chase scene and in the book the car gets chased by self-driving police cars.

Also, this will be a serial. So I will need a) one standard cover titled "The Last Driver" and author Bookshelf Q. Battler.

Then I will need b) a cover that says "The Last Driver" and then "Episode One - Old Dogs" and then by Bookshelf Q. Battler.

Then c) Oh yeah, we should talk because I will need to update the cover on a regular basis with titles of future episodes. I plan to release it in chunks of 20,000-30,000 words.

So I think maybe if I could ask you to update the episode title for 20 bucks each update, that would be good. Think about if that's something you want to be doing over the next year or so. It shouldn't be hard and at least its an extra 20 bucks once in awhile but if you don't want to do that then maybe it wouldn't be good for you.

I'd prefer free images as opposed to stock. If you have an awesome idea involving paid stock id consider it.

Definitely think summer blockbuster action movie poster. Also, be willing to update episode title when i have new episodes for $20 per change.

Political History Book for high level policy makers
299 US$
Diplomats, Senate and Congress members, Minister’s, Head of missions, Policy makers, University Faculty, University Scho
109
entries
24
diseñadores
Ebook Cover Design
$ 298
People looking to start a new business or side hustle.
137
entries
31
Designer
Modern art nouveau-style fantasy cover for printed book. Ebook cover project to follow.
GBP 319
Primarily for adults, but younger readers would enjoy it too. A general audience that likes epic fantasy with psychologi
8
entries
2
diseñadores
Create a Cover for a Spiritual Book by a Best-Selling Author
300 $
Our target audience consists mainly of women (70%), aged 40+, interested in new age spirituality.
84
entries
19
Designer
Book cover
GBP 239
Young mums / parents / to be discussed after coffee mornings
8
entries
4
diseñadores
The Death of Neo-Darwinism
199 $US
This is a hot topic and would be of interest to anyone in the academic community regardless of the discipline.
26
entries
11
designer graphistes