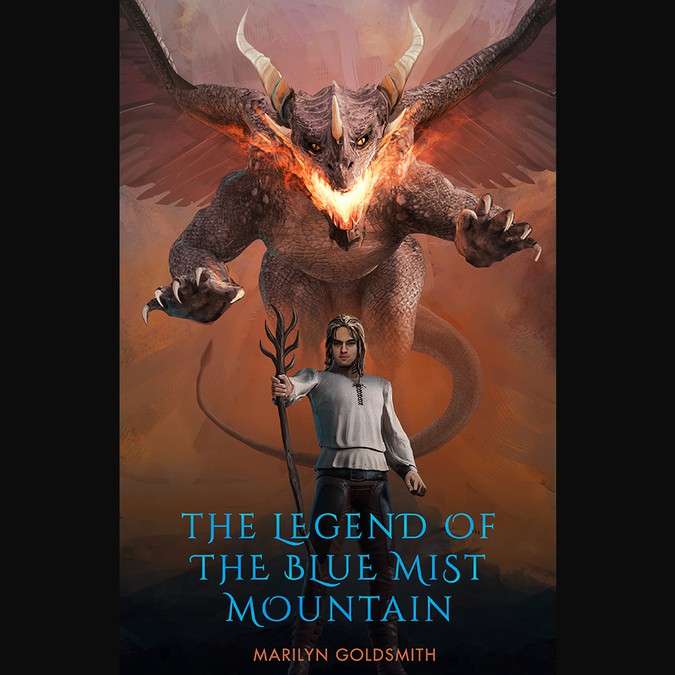 An Epic Cover for The Legend of Blue Mist Mountain 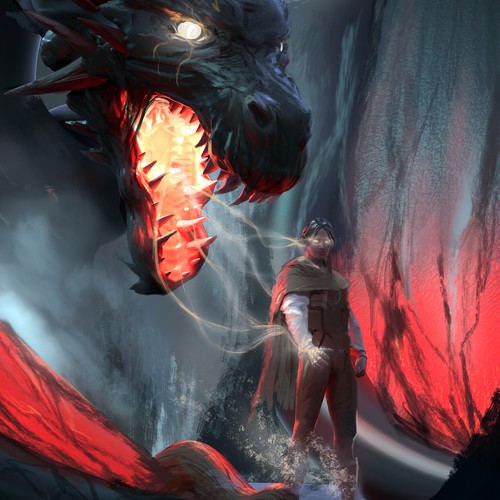 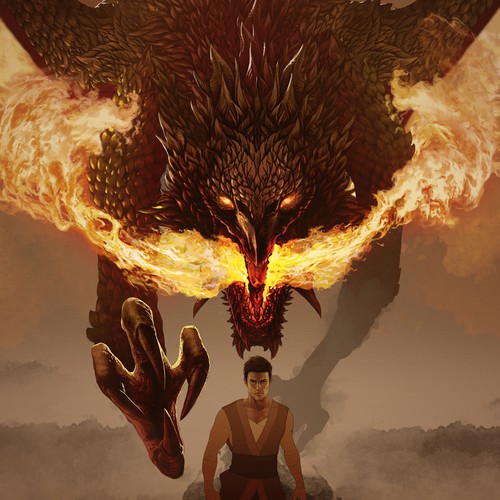 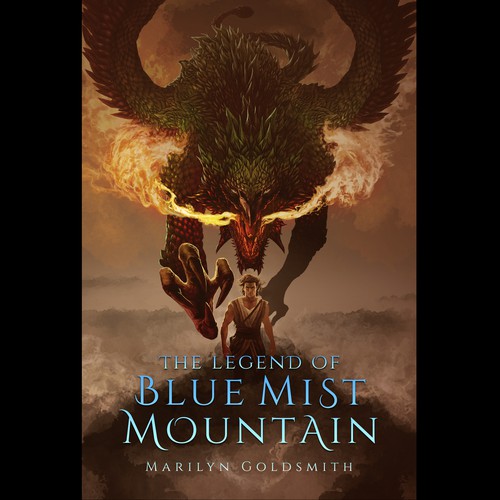 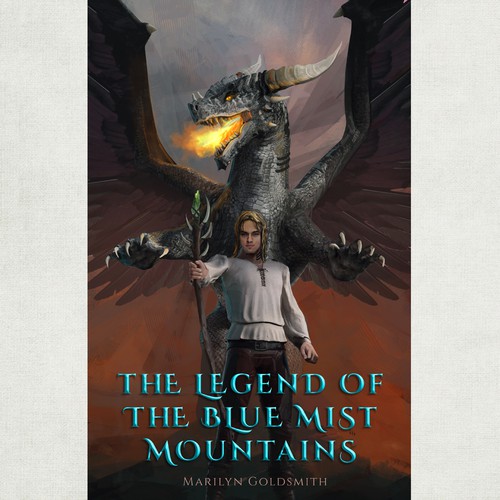 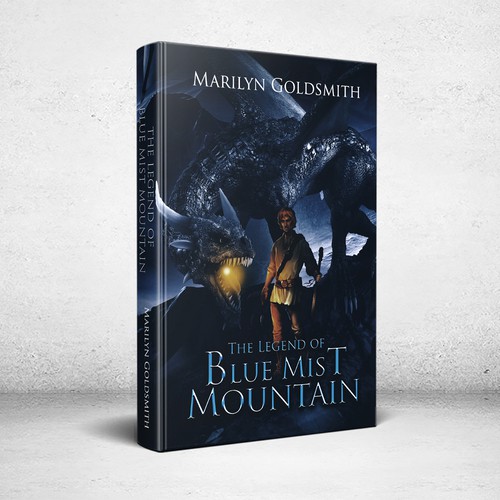 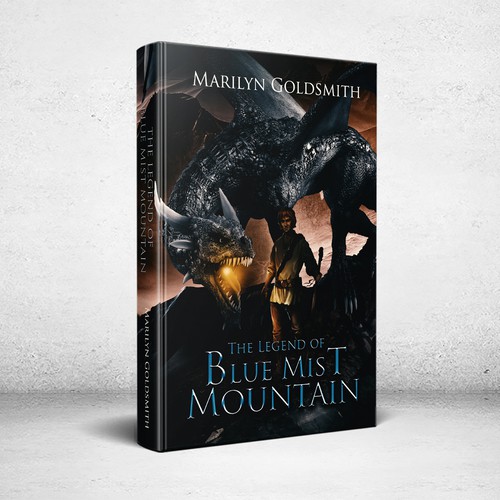 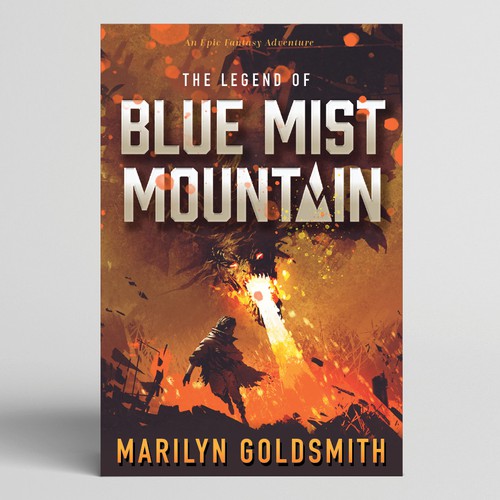 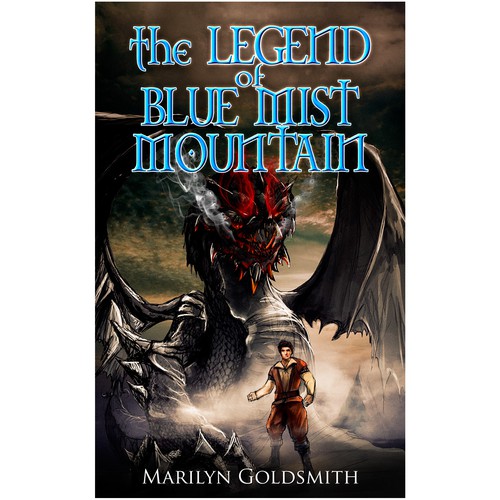 The Legend of Blue Mist Mountain

Marilyn Goldsmith is an accomplished writer, and masterful visionary in her trade and craft. Her inspired thoughts breathe life into whole worlds due to heavenly guidance and inspiration.

The Legend of Blue Mist Mountain is an account detailing the growth and adventure of a young man with a living dragon inside of his very soul.

From this design, we really like the atmosphere that the cover gives off, as well as the lighting and camera angle.
The mood depicted in this cover is ideal.
The illustrative style is very attractive here, and closest to how the design should be.
The font on this cover is the best. The way the color rests on the font, and the font itself are very attractive.

Horath is 18 years old, a husky-built young man with a great physical
carriage, a squarish jaw, and an innate nobility. His face shows
intelligence, often impatience, and because he’s known from birth he
would one day succeed his father to become the Thirteenth Supreme. He should have a natural air of leadership.

He is dressed simply in natural materials woven on looms. He is not
dressed as a warrior because those who live in the valley of the Blue
Mist believe they have no enemies. Think of simple, farmer's/peasant clothing from a fantasy era.

The dragon is as fierce looking as the mind can imagine, breathing
fire. It has a long lizard-like tail with a round cudgel at the end
that it swings to aid destruction. The teeth are incurved, as are the
claws. The scales are overlaid one over the other like armor and are
a blended color of greens, shades of black, russet, and a few flashes
of crimson and bright gold. The eyes are large, slanted and golden.
This is a true fire breathing dragon. It can be kept under control
only by Horath’s will not to lose himself to rage. The dragon
represents mindless rage.

We are looking for a drawing that shows something of the relationship of Horath and the dragon that threatens to engulf him. But it should not make a viewer think the dragon is about to eat him. It is a different kind of possession. It is more in the nature of a battle of wills.

The cover should be similar in design to the reference image, but not exact. It needs to be more defined and complete. This is an illustration piece, and should be fully illustrated.

Avoid stock imagery as much as possible, but if it helps it can be used. Subject to review.

Main reference for the book cover. This idea of the dragon and the young man below being one in the same, but still two opposite forces like the opposing sides of one coin. The dragon and he are one, but they do not admire each other at all.
The weapon reference: The Dragon's Tail; it is a long, slender staff, finely crafted with wood only. Curved, blades like hooks protrude from branching posts . TThe curved "blades" are actually wood carvings fashioned like weapons. The top is affixed with another hooked point. Along the shaft and down the staff it should be finely carved as well. It would stand approximately 3/4 the height of the character holding it. These branches are not even, and should be spaced apart along the staff.

I need a powerful ebook design to stop domestic violence against disabled females
AU$ 269
Readers who enjoy reading poetry. Age 16+. Gender; mostly females. Location; globe. Anyone who experienced mental health
14
entries
3
designers
YA Fantasy Book Cover designed for female target audience
US$ 299
Teens (15-20), female, United States (takes place in PA).
59
entries
21
designers
Contemporary Romance cover
399 $
Readers who like contemporary romance with young professional characters engaged in timely events
44
entries
12
Designer
Looking for a standout cover for my literary crime novel
US$ 399
Literary crime fiction. I wouldn't presume to compare myself to these others, but the story is more along the lines of F
115
entries
30
designers
I need your inspirational eBook cover design and expert advice on refining my subtitle
€ 299
Frustrated people (early-adulthood to middle-aged) who're too busy and too distracted to keep in shape; and who're tired
158
entries
22
designer
The Sword & Mr. Stone -- a modern day search for Excalibur
$ 199
People interested in humor and fantasy.
43
entries
12
Designer