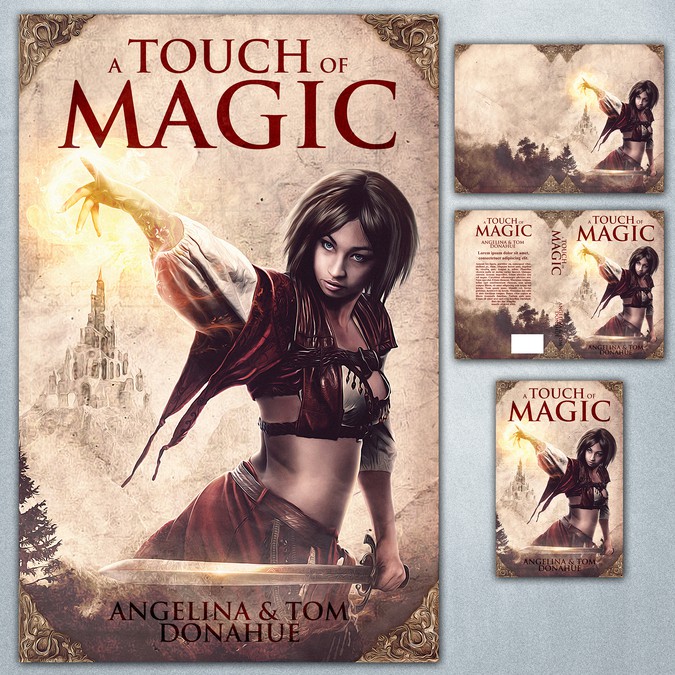 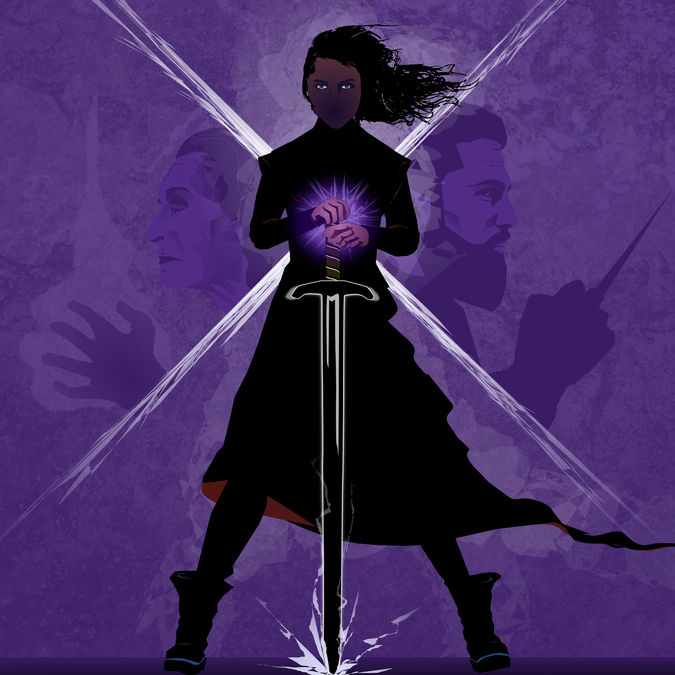 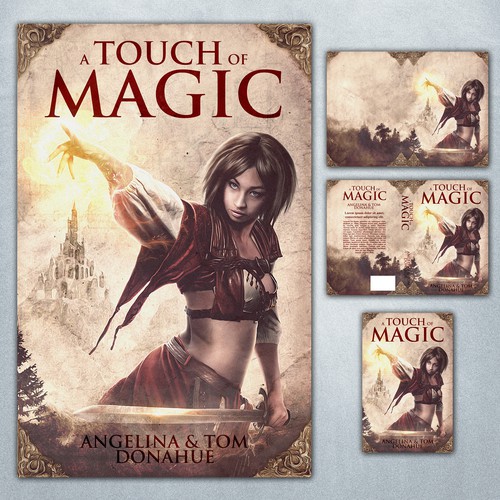 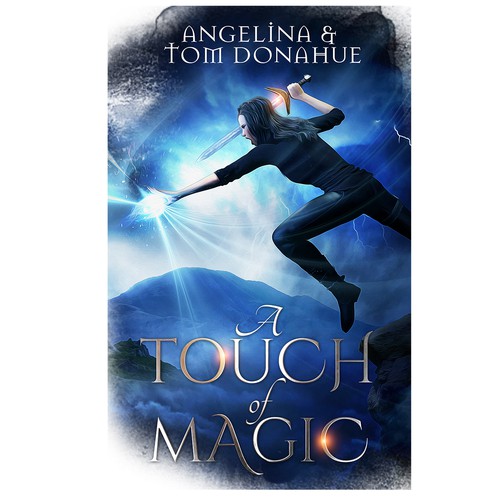 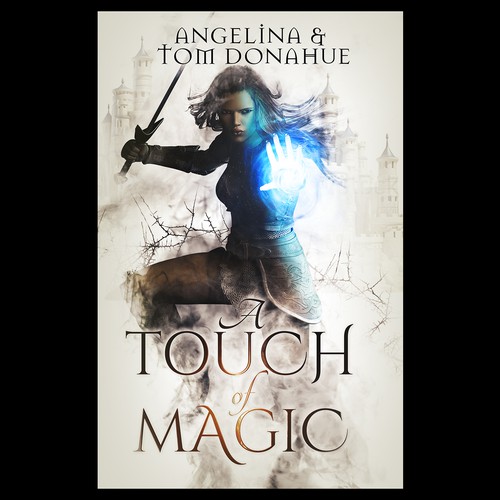 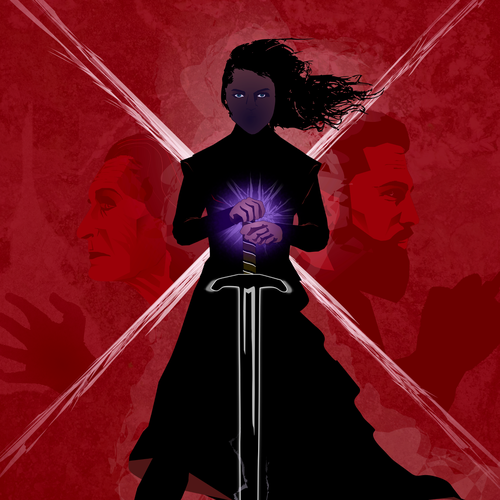 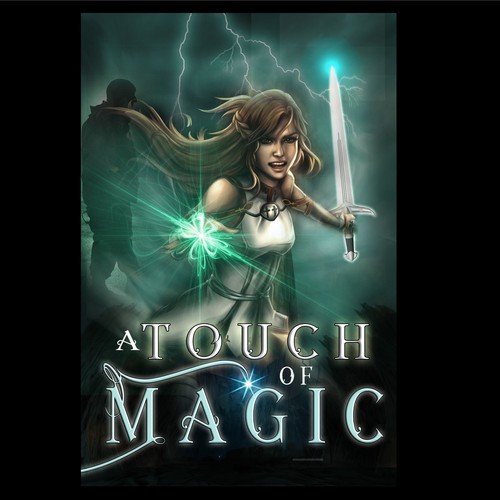 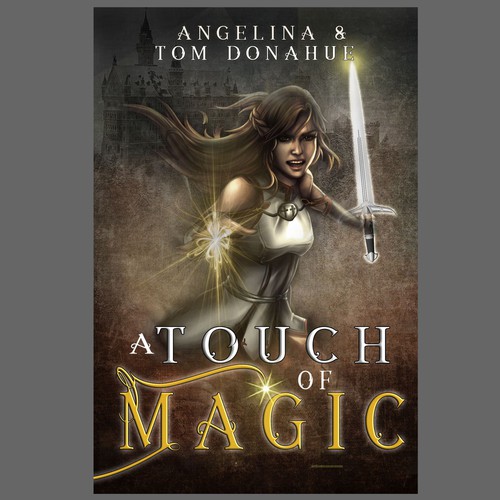 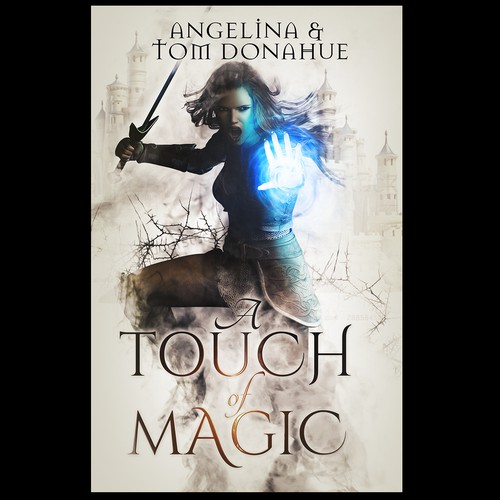 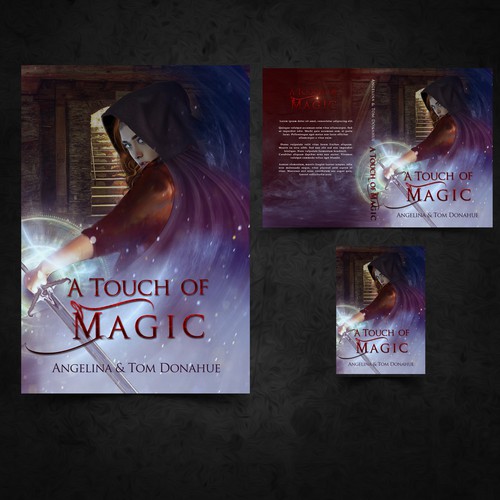 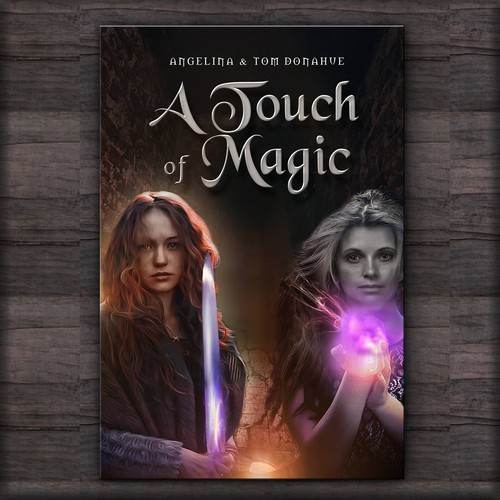 A Touch of Magic

Kinetics--magicians who manipulate kinetic energy to increase their strength, leap impressive distances, and launch energy--serve the Emperor God. One day, all mysteriously vanish. Erin Black, a young girl is discovered by the Emperor to be the last Kinetic. She must solve the mystery of what happened to the Kinetics, and defend the empire against its enemies.

I would like to see a figure on the cover, but her face shouldn't be the focal point. Using magic, or in combat with another individual (there are several duels that take place in the novel) would be nice. The main character is a 14 year old girl, tall and incredibly stubborn. She fights with a sword and her magic, channeling energy through her hands. The Emperor god is immortal, with the appearance of middle age.

There are two major duels in the book. One is between the main character and an older woman. Both are Kinetics, so they can channel energy. In that duel Erin (the main character) has a sword but the older woman is unarmed. The duel takes place in a dilapidated basement, lit only by sunlight coming in from cracks and holes in the floor.

The second major duel takes place between Erin and a middle aged man. The man is a Shadow, an assassin that specializes in killing magicians. The Shadow does not have any magic, but he uses poisons and subterfuge to win. Erin is unarmed in that fight, but the Shadow has knifes and a poison filled needle (think of the assassins creed hidden blade but instead of a blade it's a needle filled with poison).

Book cover for non-fiction
$ 199
Therapists or people interesting in treating certain symptoms using Dialectical Behavior Therapy.
289
entries
19
Designer
YA Romance cover
$ 199
Teen to adult
104
entries
27
Designer
Coming Out with Christ - (A Spiritual Journey To Finding My Resurrected Identity)
US$ 399
“A must-read life story of love and grace for our LGBTQ people, and every pastor, church leader, Christian, family membe
81
entries
17
diseñadores
Modern art nouveau-style fantasy cover for printed book. Ebook cover project to follow.
GBP 319
Primarily for adults, but younger readers would enjoy it too. A general audience that likes epic fantasy with psychologi
8
entries
2
diseñadores
I need an eye-catching book cover that grabs your attention right away.
499 $US
murder mystery readers, true crime readers, police procedure readers, suspense readers, thriller readers, police enthusi
190
entries
18
designer graphistes
paper back and ebook cover
319 £
Someone is reading this book to understand how to get the best loan offer by boosting his three-digit credit score. He m
43
entries
8
designer