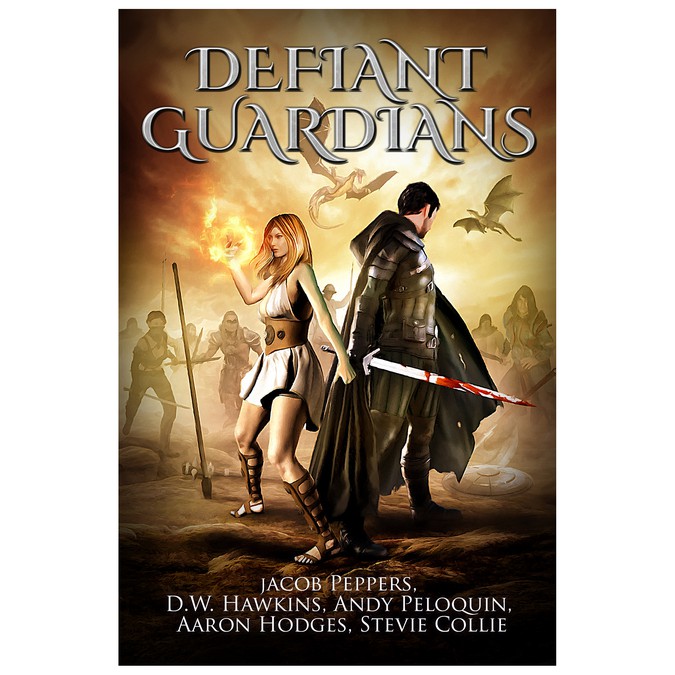 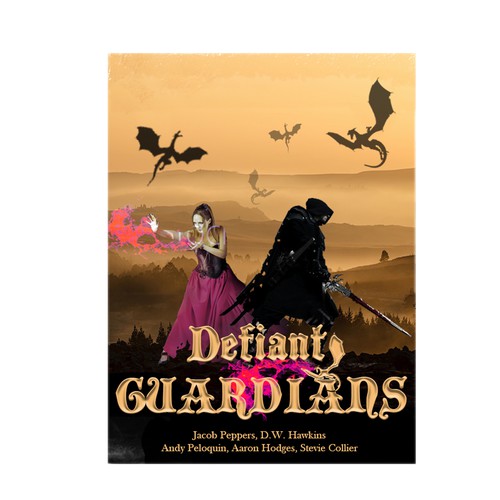 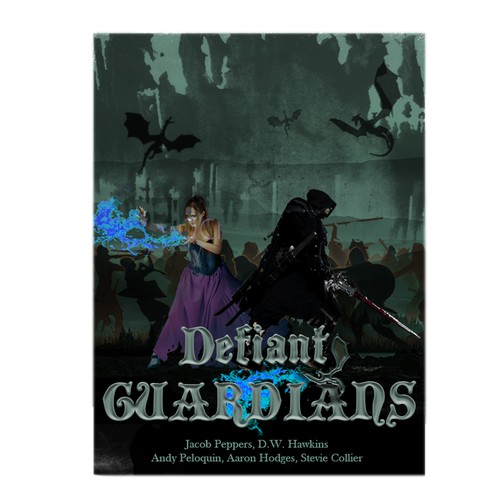 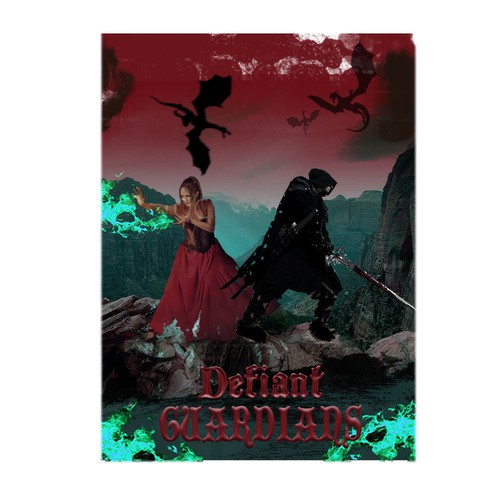 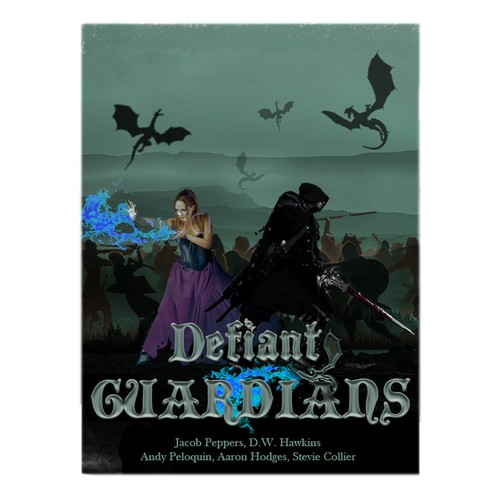 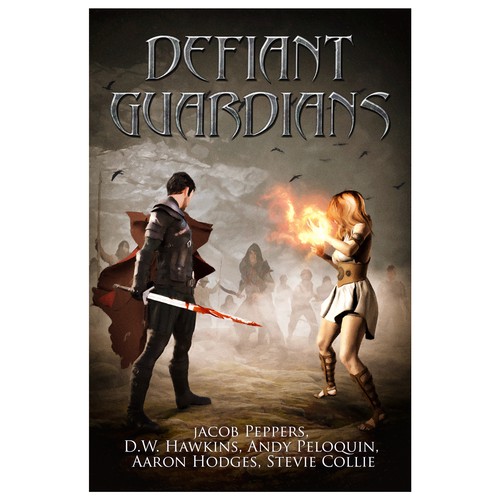 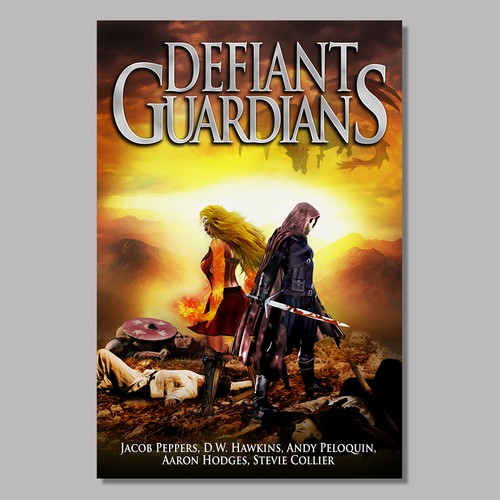 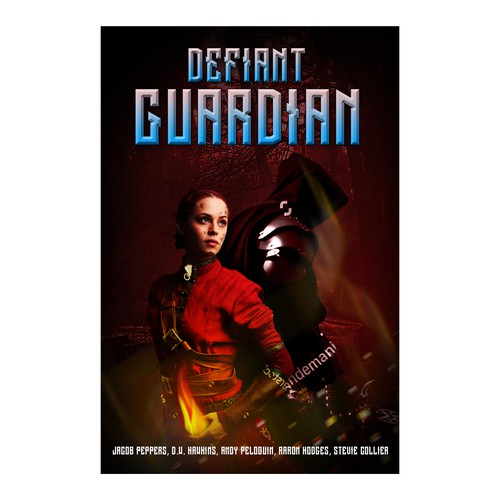 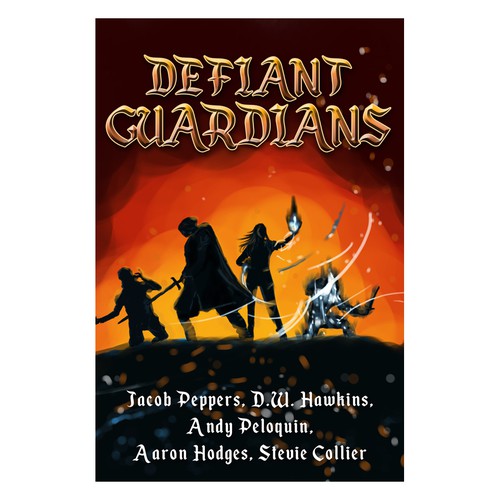 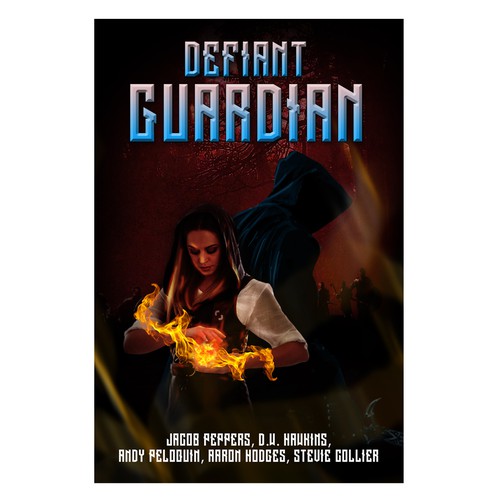 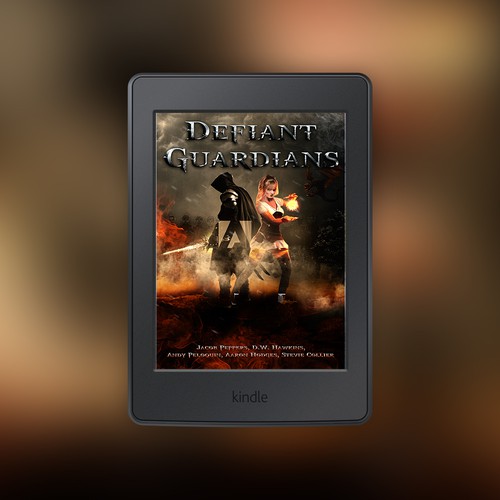 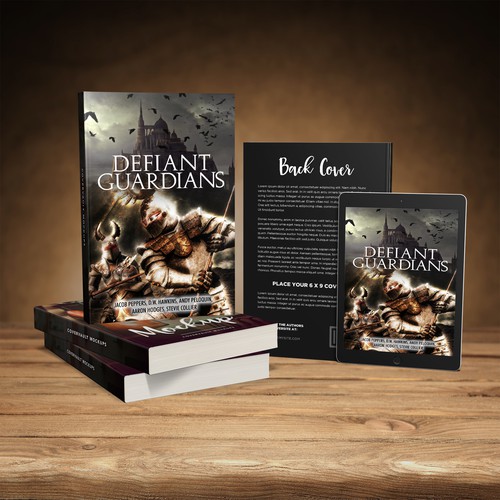 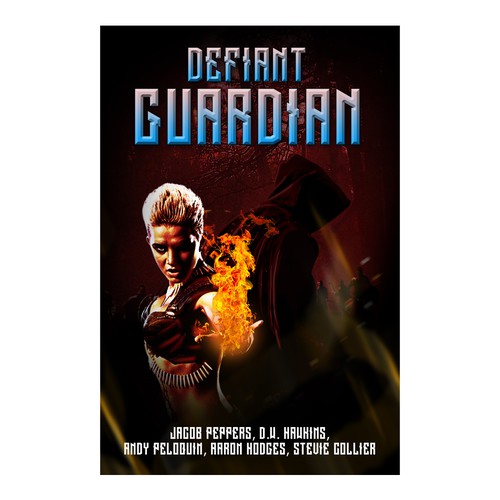 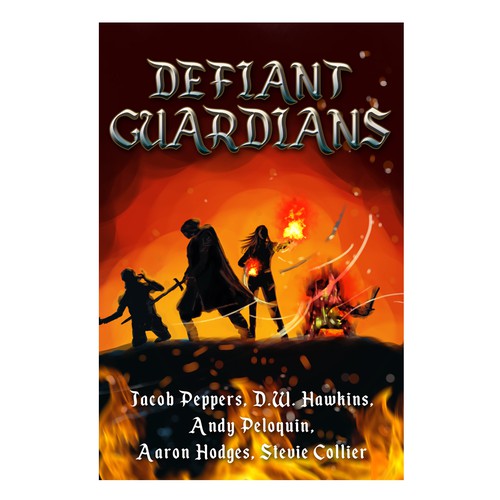 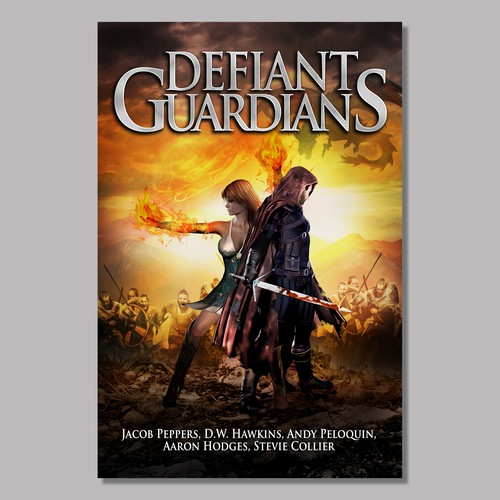 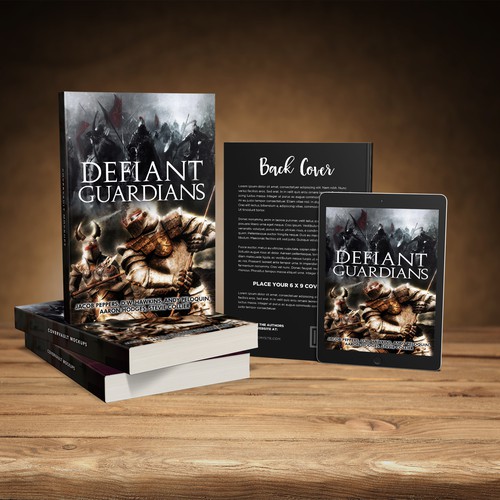 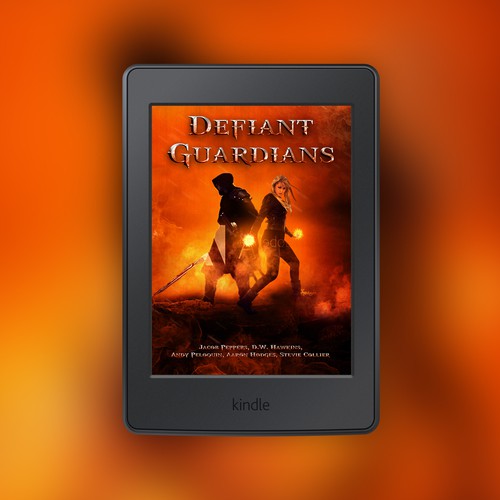 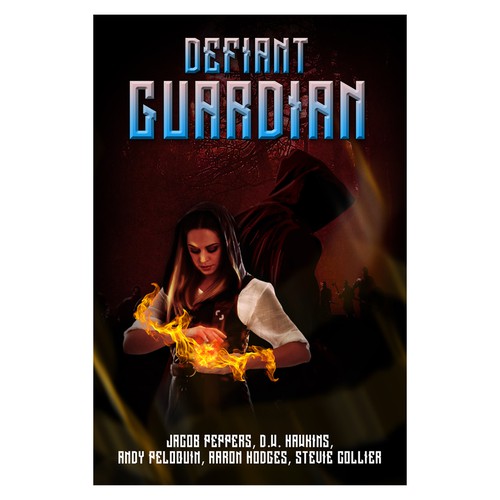 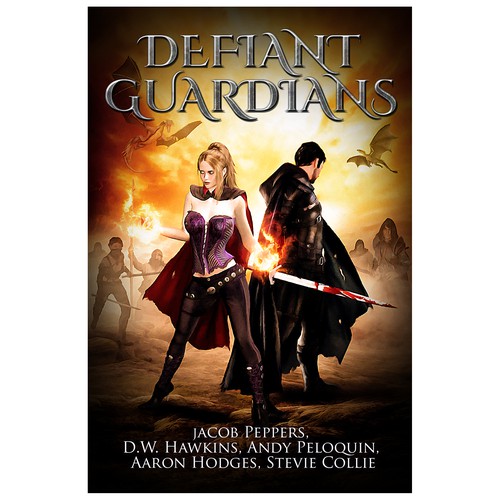 N/A as there won't be a back cover for the ebook.

The cover will be within the epic fantasy genre.
There will be two characters standing back to back surrounded by armored men attacking them. The reader will be looking at the sides of the main characters.

The first character will be a caucasian male, muscled in a swordsman type way, he'll be wearing a tattered brown cloak with a hood and holding a bloody sword in his right hand at an angle to the ground. His stance will show him being ready to fight, but his clothes will be ripped and torn from fighting. His face will be angled down toward the ground, as if trying to keep an eye on the people surrounding him and behind him. An example of the character can be seen in the attached "A Sellsword's Wrath" File.

The woman will be young, attractive blonde and uses fire magic, so she'll have her hands engulfed in fire as if about to cast a fire spell and will also look ready to fight. An example of the woman is in the attached files.
In the background, you could have dragons flying around as if to attack the two main characters.
I'd like the mood to be a desperate sort of mood. The two main characters should look beaten up and tired but also ready to fight.

I've included several images to showcase the sort of covers that I like as far as mood and style.

I need a powerful ebook design to stop domestic violence against disabled females
AU$ 269
Readers who enjoy reading poetry. Age 16+. Gender; mostly females. Location; globe. Anyone who experienced mental health
14
entries
3
designers
Book cover for non-fiction
US$ 199
Therapists or people interesting in treating certain symptoms using Dialectical Behavior Therapy.
289
entries
19
designers
eBook cover for a crime story
179 €
Any person who likes crime stories like The Godfather, The Departed, Breaking Bad, etc.
94
entries
20
Designer
Contemporary Romance cover
399 $
Readers who like contemporary romance with young professional characters engaged in timely events
44
entries
12
Designer
Book cover for the true story of a Get Money and Do Good family
US$ 499
35-65 adults- male/female- interested in capitalism/business, family- traditional and non, and leaving a legacy. Likely
98
entries
19
designers
Creative Book Cover for a Female Dating and Relationships Title
$199
Women reading this book are usually younger and they’ve just been through a breakup. They don’t know how to collect the
150
entries
24
デザイナー数