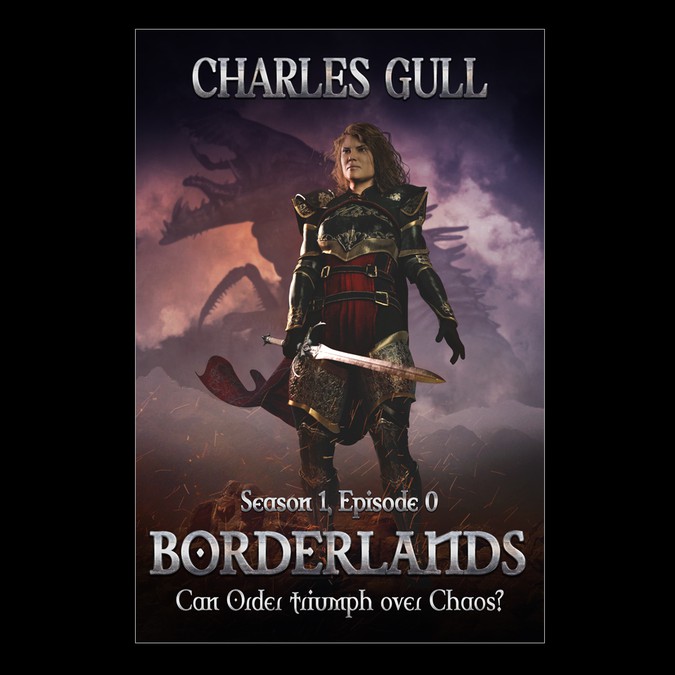 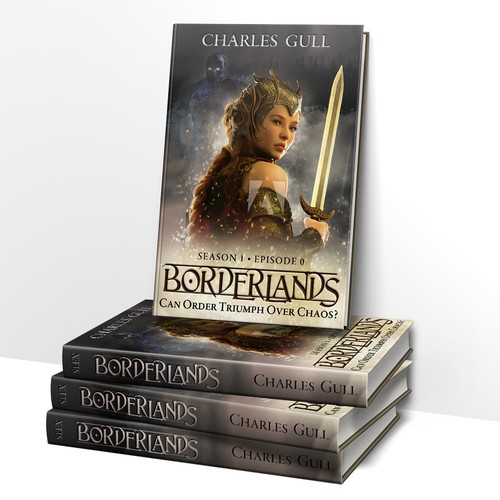 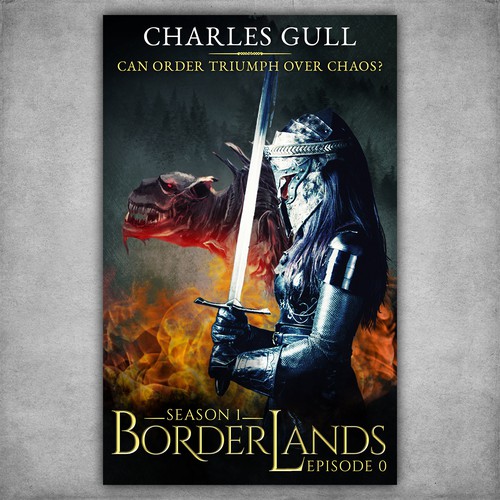 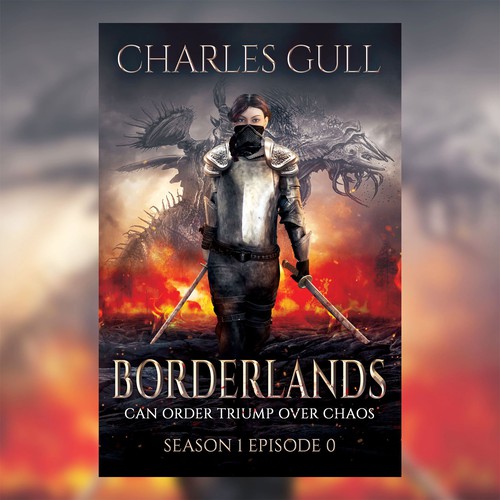 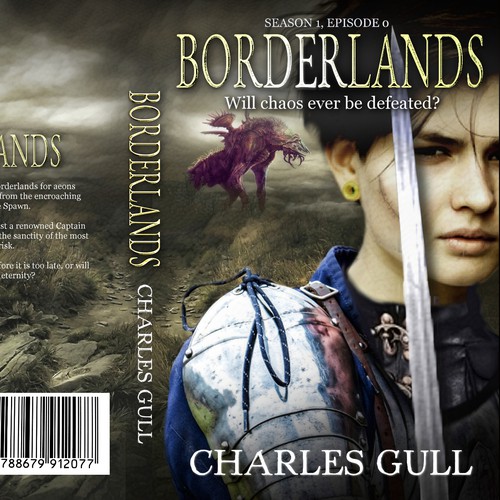 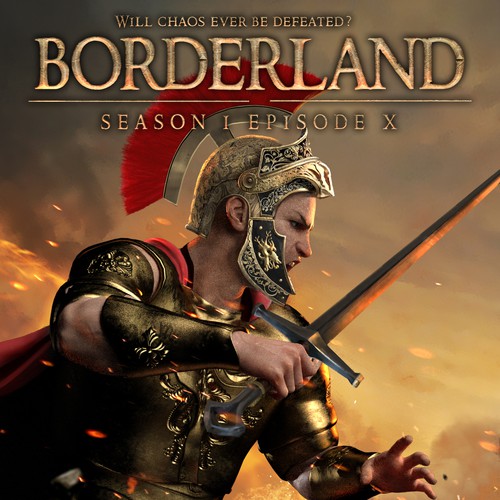 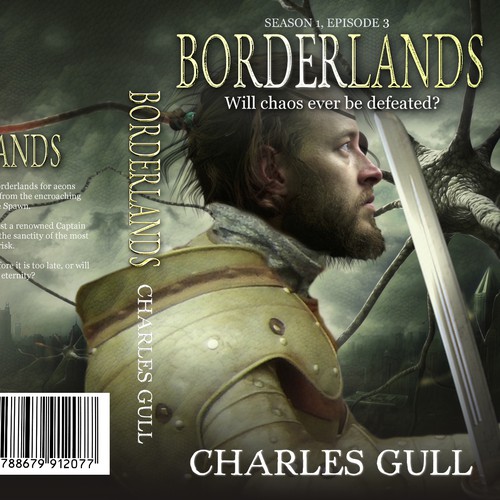 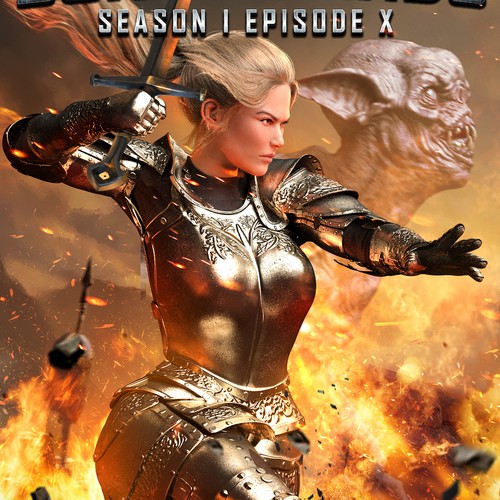 The Aether Guard has patrolled the Borderlands for aeons protecting the nations of the Rationalle from the encroaching Realm of Chaos and its vile Spawn.

When a flesh eating shape shifter slips past a renowned Captain and his men, both personal ambition and the sanctity of the most sacred relic are put at risk.

Can the monster be found and stopped before it is too late, or will Chaos finally reign for all of eternity?

Excerpt from Episode 0:
Despite its diminutive flame, the stove on my desk has now filled the room that a hot oily smell and tiny bubbles are finally beginning to form in the water. A larger flame would no doubt melt the ice quicker, but the stove can’t be any bigger. It has to be small and easily carried. Otherwise, there is no point in having it.
A rap at the door frame attracts my attention. “Captain?” I glance at the man standing there. Tall, slim, athletic, even handsome perhaps, if you like that kind of thing, but above all else, an invaluable asset. It is good I could recruit him to my patrol small and inexperienced as it is. He could surely find more attractive offers elsewhere in the Aether Guard.
“Come in Sergeant Wynter. What is it?” I don’t really need to ask. I know exactly what it is. We have been through this routine so often. Three patrol sweeps at this watch post and on countless occasions before. Nevertheless, I like to stick to the ritual, to the routine.
A lack of routine can prove fatal.
He takes a step inside my doorless office. “Everything is ready for us to go and kill some Spawn.”
I point my chin at the stove. “Not quite everything.” The first faint wisps are rising from the surface, but my breath is still making bigger clouds. What happened to spring? My hands push deeper into the pockets of my heavy riding coat. “These need to be properly cooked first.”
“They would boil a lot quicker if you started with warm water from the cooking fire instead of melting a pot full of solid ice over that tiny flame.”
I shake my head. “As the manual states, it has to be like it has to be.” If only the weather understood this.
“I know, I know. And always was as it ever shall be.” He sighs.
Tiny silvery spheres are swelling at the bottom of the pan. The first bubble rolls up the flattened face of one of the submerged glass bulbs. Then, at the rounded edge, it pauses before breaking free and rising straight to the surface. It pops. The Sergeant is still standing there. I glance at him. “Problem?”
“It’s cold outside.”
It is never cosy at this altitude. “And in here, too.”
“Yes, but the men are exposed to the wind.”
Despite the heavy leather riding boots, a persistent draft has chilled my feet to stone, but he is probably right. “Snow?” Back in the homelands, spring’s bright riot is probably already giving way to the dignity of summer.
“A dusting, yes.”
One more patrol sweep and we can head back. “A lot worse is likely waiting for us down there. Not just this stupid weather either. Who knows, the Realm might even entertain us with something new that we don’t have a tactic for yet. Even after all these aeons, it still happens occasionally.”
“Sure. The men are still freezing their nuts off though. It’s never a good tactic to start out with everyone already in a bad mood.”
Now it’s my turn to sigh. The pot gives a subtle sympathetic hiss. Though it is still a long way home, I watch my mother in my mind’s eye. She is bustling around her stove. Her face is turned away, but I know she is happy I have returned to her safely. “Fine. I’m sure Noss has something boiling on the kitchen fire. Get her to hand out cups to them but keep them mounted. This shouldn’t take too long now.”
“Captain.” He leaves. Again, I am alone with just the dim yellow flame and its attendant shadows for company. I wonder what my mother will cook when I get back. Even if I am an only child, she always makes far too much fuss. Party food no doubt. I lean back in my chair. Her roast duck is always fantastic. I imagine the hot juices filling my mouth.
The two bulbs begin to skip and jitter as the water comes to the boil. I pick up my tongs and fish one of them out. Held at an angle, the delicate cogs and dials imprisoned within glint in the flame light. I turn it over, inspecting the various needles and pointers through the front and back faces. Some are already moving smoothly backwards across their dials. One skips and quivers erratically, but the most important one for now has hardly moved. The spirit inside still has a long way to go to full charge. I lower the Metronism gently into the water and check its twin. Same story.
I check them twice more before I am satisfied.
With the charging complete, I place the bulbs in their wooden carrying case. The deep cups in the soft velvet padding grip the circumferences of the bulbs perfectly. I snap the lid shut and secure the latch. Even in the thin light of the stove, the knots and whorls in the wood glow a rich red. My thumbs rub across the surface, revelling in the beautiful texture. Before slipping it under my breast plate, into its pocket next to my heart, I hold it to my lips and kiss the top edge. “Keep me safe, Papa.” Obviously, he can’t. Only I can do that, but it would have pleased him to know I have developed the ritual of this little prayer. Routine keeps you safest of all.

Series Concept: The story is told in a series of novellas called 'Episodes'. These episodes are grouped into 'Seasons'. Each season has about 8 or 9 episodes.

An additional unique 'Season 1' cover for the bundled books is also of interest.

I am open to all your creative suggestions.

To deter ingenuous behaviour (such as leap frogging other designers' work and ideas), I shall not be applying star ratings to the competition entries until close to the end of the competition. Instead, I shall provide detailed direct private feedback about the merits and problems of each entry to the submitting designer.

If you want to know what I do and don't like (beyond the guidance given in the brief), you have to submit an entry first.

Comienza ahora
Create a compelling cover design for Success Visionaries.
299 $
Anyone, male or female, not age specific, who have visions and aspirations to be accomplished and successful at somethin
75
entries
23
Designer
Design a unique and powerful cover design for a self-help book
USD 299
Women, mothers, those aged 19-65+ years old. Those who battle with their past, those who have trouble with self confide
167
entries
36
diseñadores
Design Super-Cute Cover for Book on Dog Health and Happiness
$ 199
This book is designed for dog owners and lovers in the US and elsewhere! The audience will probably be more female than
121
entries
25
Designer
YES, DADDY: A GUIDE TO BECOMING A SUGAR BABY
799 $
- College Girls Ages 17 - 38 - Single Women - Girls who are interested in being a sugar baby. -> https://en.wikipedia.or
99
entries
25
Designer
Design a fun book cover for a kid's Bible journal
US$ 299
The users of this journal will be kids ages 6 to 12 (on their own or with parents and/or teachers). Buyers of this book
133
entries
30
designers
Family Stories of Bill and Jane Harris
US$ 299
Only my family
24
entries
9
designers
Más información sobre diseño de portada de libro o revista
Vea como funciona