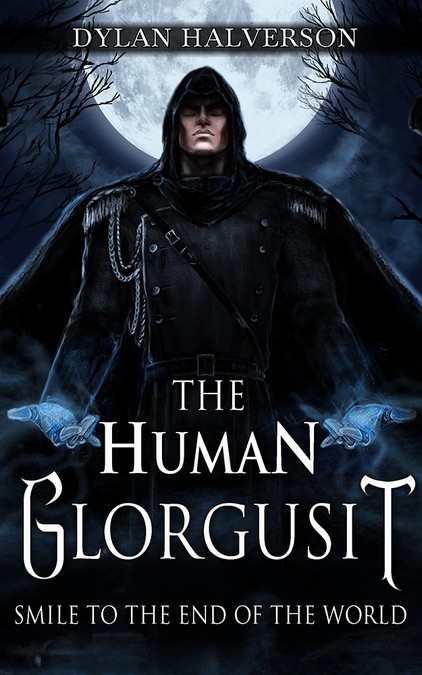 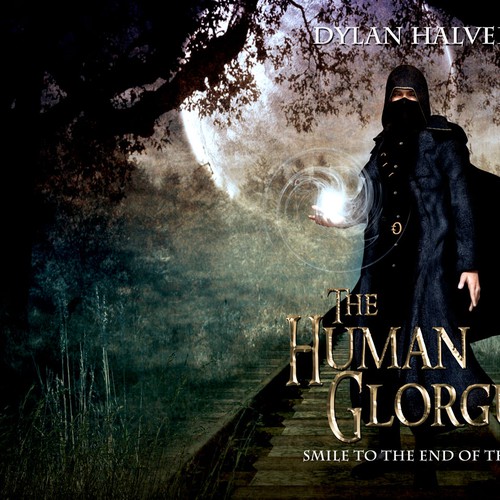 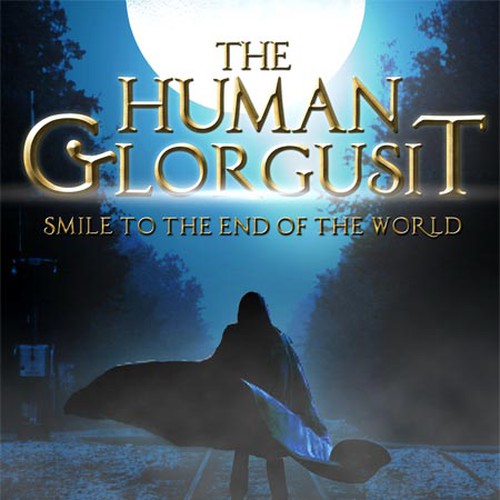 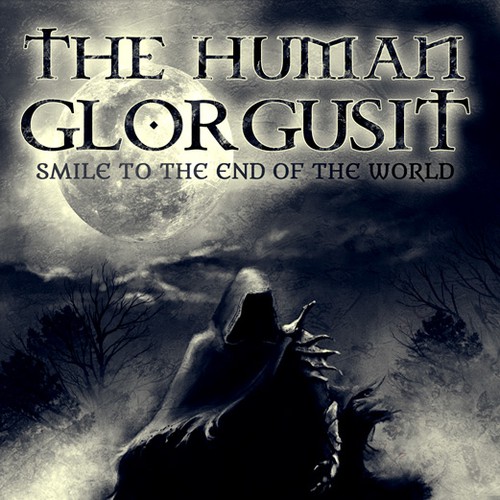 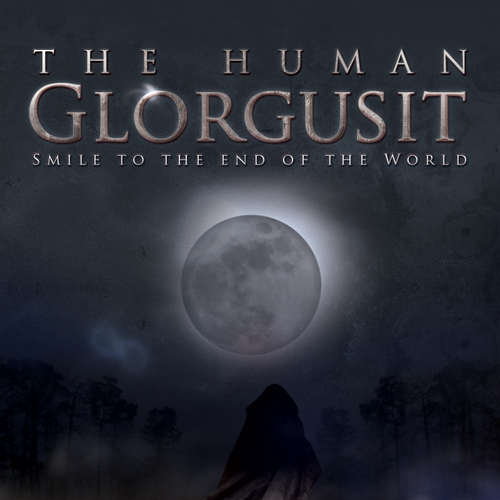 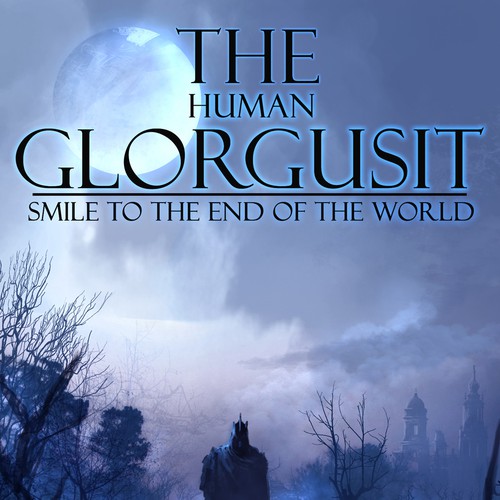 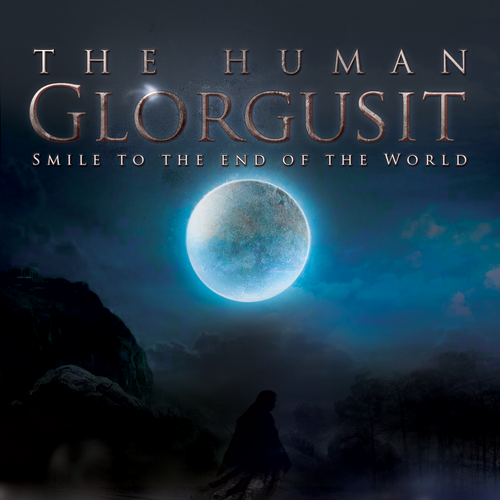 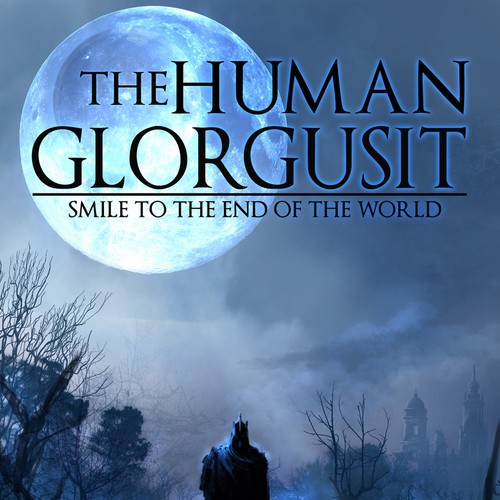 My product is my book called, THE HUMAN GLORGUSIT: SMILE TO THE END OF THE WORLD. It is a fantasy based novel styled in an industrial revolution world. The fictional universe is based on the power of Thyism, created by a false, evil god called who was created by the true god to help humanity's peril. Thyimose, disguised by humanity's nature decides to exterminate humans not fit to live. Through the creation of Thyism, came special prestige warriors (Glorgusits) enlisted in the army influence by the power of Thyism. These warriors were granted supernatural power through a false, evil god Thyimose. The story follows a sixteen year-old who joins the army in desperation of becoming a strong Glorgusit soldier and finding his parents’ murderers.

My product is my book called, THE HUMAN GLORGUSIT: SMILE TO THE END OF THE WORLD. It is a fantasy based novel styled in an industrial revolution world. The fictional universe is based on the power of Thyism. Thyimose, an advanced human soul, was created by God as an aid to help humanity’s crumble in sickness, hate, and war. Even though he is a human soul, he is consider a god by the people that praise him. God gave Thyimose the power to create Thyism, which is the sacred art influenced by the philosophy of fortune, conception, placement, and guidance. Thyimose was ordered by God to influence Thyism in the embodiment of souls worthy of having the ‘tolerance’. These tolerant souls are called Nushlists and souls half-worthy of Thyism are called Reminisces. Thyimose’s didn't understand the creation of humans, and grew an intolerant of giving his power to help humans. Thyimose, disguised by humanity's nature decides to exterminate humans not fit to live. Thyimose, the God of Thyism creates the Twelve Sufferings as a result of his negativity against humanity. Since God created Thyimose to help humanity, he can’t kill. Thyimose lets his Sufferings do his killing for him. Thyimose betrays God through his own intentions. Now Thyimose wishes to lead his own path and create a new world through chaos and destruction of war and fear with his power and his Twelve Sufferings. Thyimose walks the lands, who wears the suit of a human body. Due to Thyimose’s inadequate killing, he roams freely to study and research the human. He seeks to find what makes human’s tick, and to find their weakness. Thyimose think’s God created them for some doing, a so-called human purpose. Thyimose does have a theory behind the human purpose ,but is not satisfied with it. Some nations praise and create religions of Thyism, saying the bedevil God is the creator of all. The begging people pray for his mercy and grant him sacrifices. But other nations refuse to acknowledge a phony God, and stay in state-of-mind of having no religion at all. Nations that reject Thyimose, believe there once was a true God. There is a standard hate against Nushilists who are influence by Thyism by the nonbelievers in Thyism religion. Although, Nushilists do have an entitlement of inconceivable capabilities that appear supernatural. This forges the creation of Glorgusits soldiers, who are the special warriors of the army. The story follows a sixteen year-old who joins the army in desperation of becoming a strong Glorgusit soldier and finding his parents’ murderers. Soon he will come across the evil.

A sixteen year old solider is granted power by a false, evil god.

*Note: Book is in the process of be written

*Please criticism and comments are welcome

Book title name:
THE HUMAN GLORGUSIT: SMILE TO THE END OF THE WORLD (fill free to move around text in cover)

Remember get evil, not sunshine and flowers.

If any questions please email me via: halversond313@gmail.com

InsideOut - Creation Speaks!
$ 329
The target audience is usually 30-60 yrs old and either "outdoorsy" or "hippyish".
51
entries
22
Designer
Book cover for book about a wild adventure into inner exploration.
€359
Mainly women between 25-45 who love to travel and have become interested in spirituality, wellness or other alternative
88
entries
25
デザイナー数
Book on Spiritual Healing Requires Original Cover Art
239 £
People how are interested in the natural world, ancestry, shamanism, and shadow work. Equal gender split, 35-65yrs,
29
entries
11
Designer
Texas photography book for adults and young professionals
399 $US
Adults, professionals, ages 20-90
160
entries
36
designer graphistes
Book cover on belonging for business owners looking for the edge in their marketing
AUD 399
CEO's, leaders, solopreneurs and experts in their field trying to create greater certainty in their business growth and
110
entries
21
diseñadores
Book cover for non-fiction
199 US$
138
entries
21
diseñadores