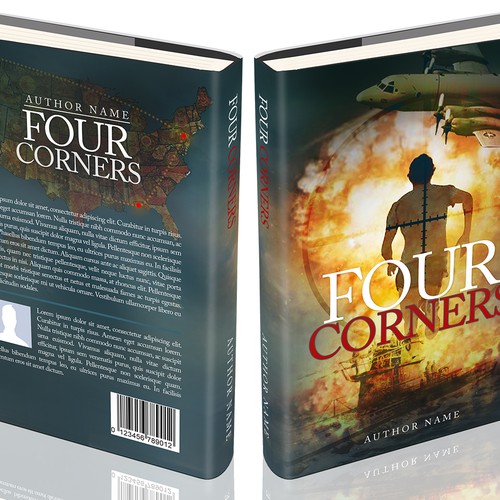 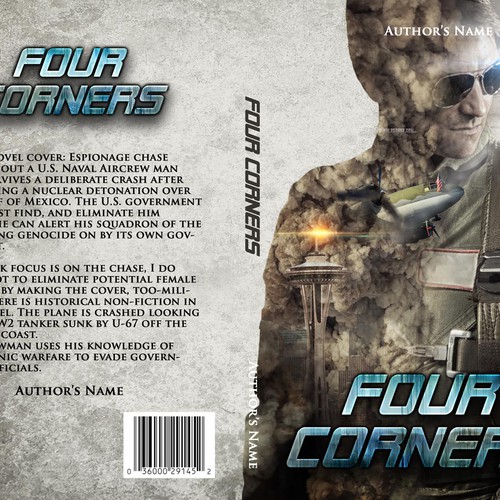 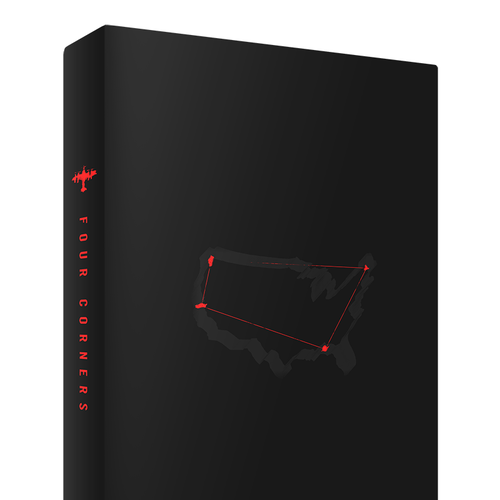 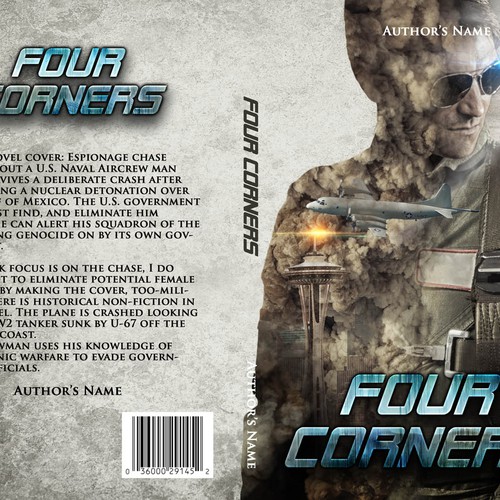 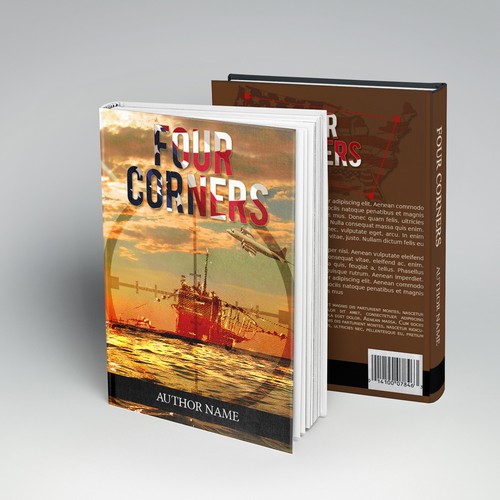 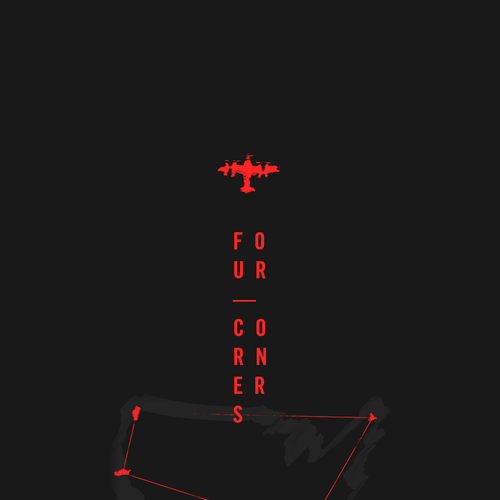 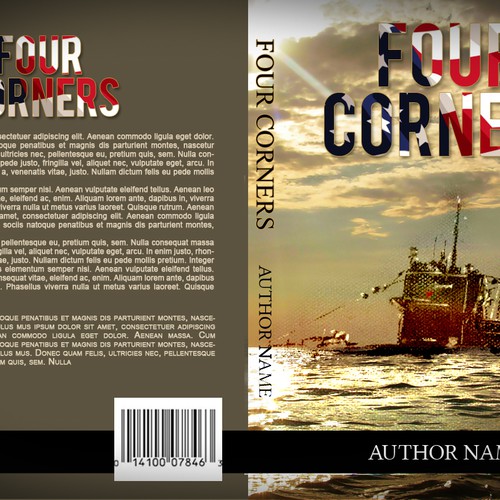 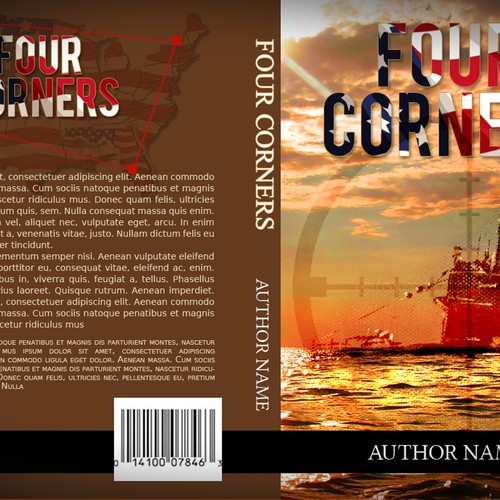 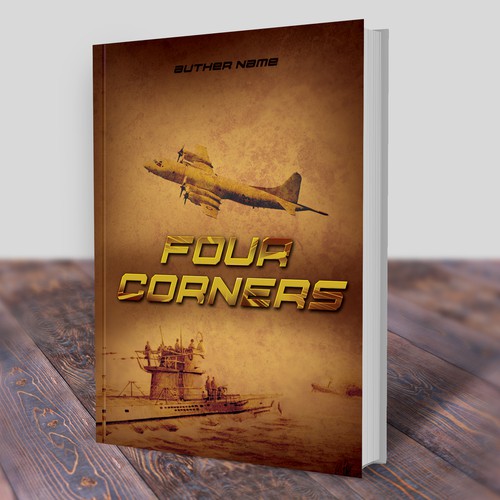 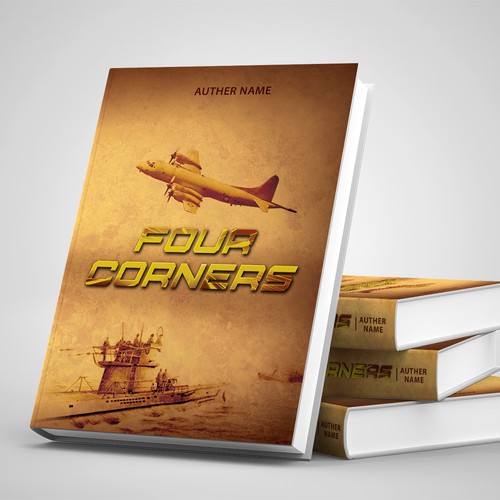 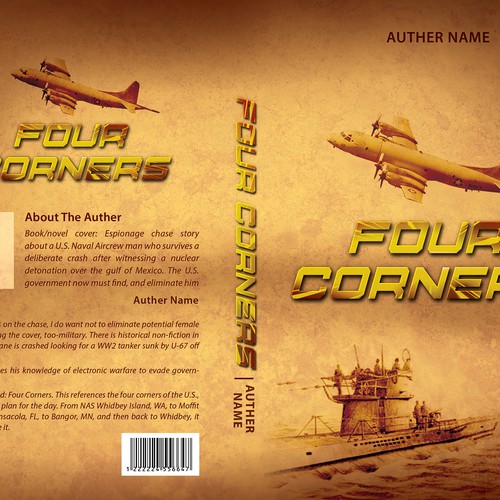 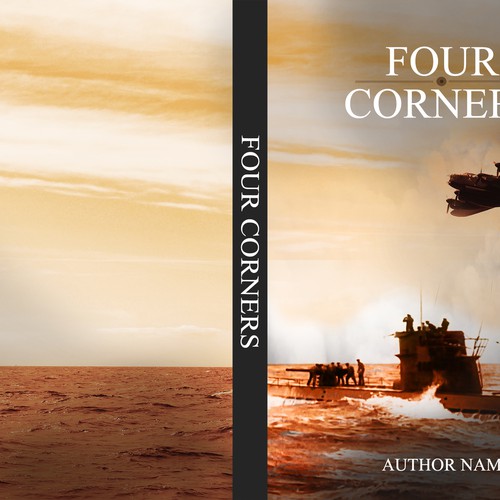 Book/novel cover: Espionage chase story about a U.S. Naval Aircrew man who survives a deliberate crash after witnessing a nuclear detonation over the gulf of Mexico. The U.S. government now must find, and eliminate him before he can alert his squadron of the oncoming genocide on by its own government.

The book focus is on the chase, I do want not to eliminate potential female readers by making the cover, too-military. There is historical non-fiction in the novel. The plane is crashed looking for a WW2 tanker sunk by U-67 off the Florida coast.
The crewman uses his knowledge of electronic warfare to evade government officials.
The Novel is called: Four Corners. This references the four corners of the U.S., the plane's flight plan for the day. From NAS Whidbey Island, WA, to Moffit Field, CA, to Pennsacola, FL, to Bangor, MN, and then back to Whidbey, it just doesn't make it.

So, the crewman is on the run from Florida to Washington State.

Simple, yet elegant design. Not too busy, not too plain. Must catch the eye when electronically reduced to thumbnail size.