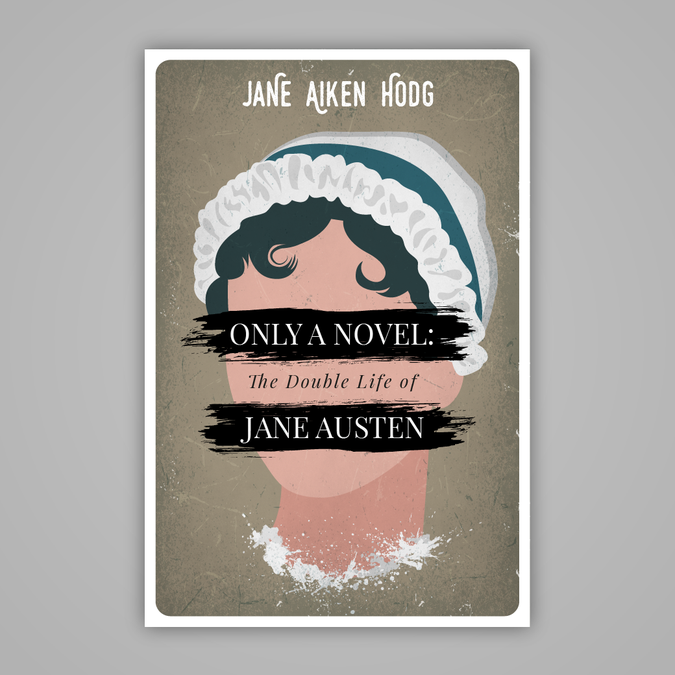 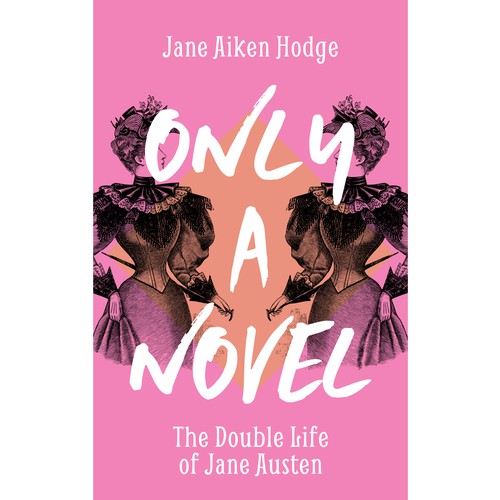 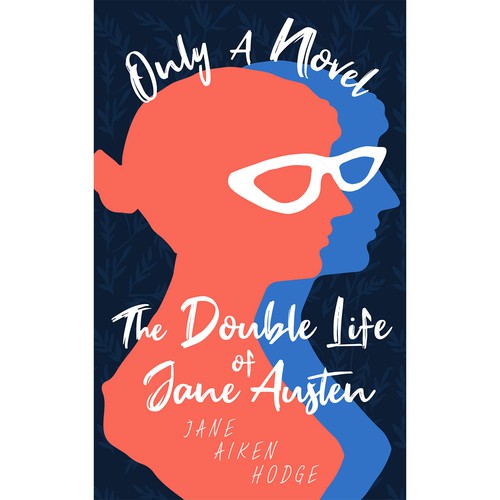 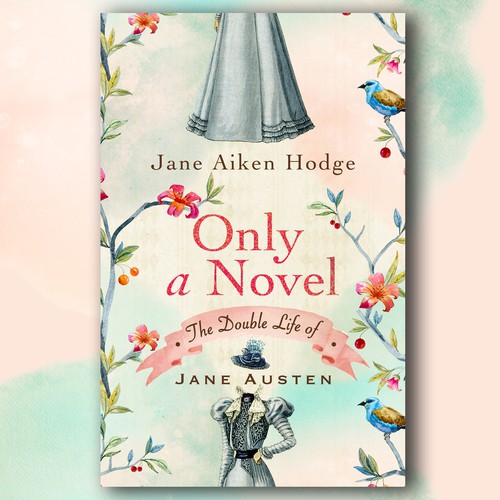 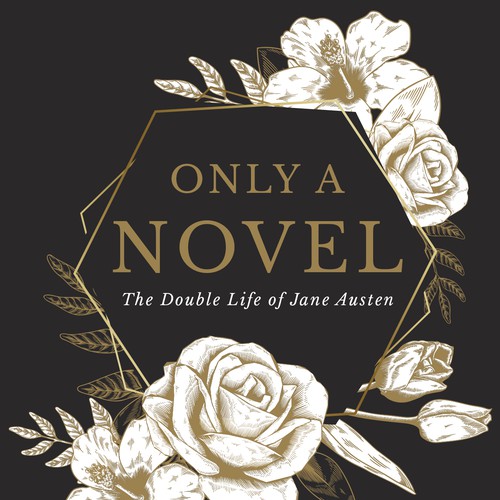 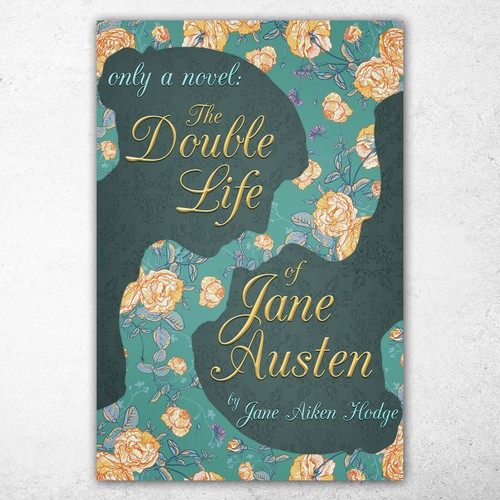 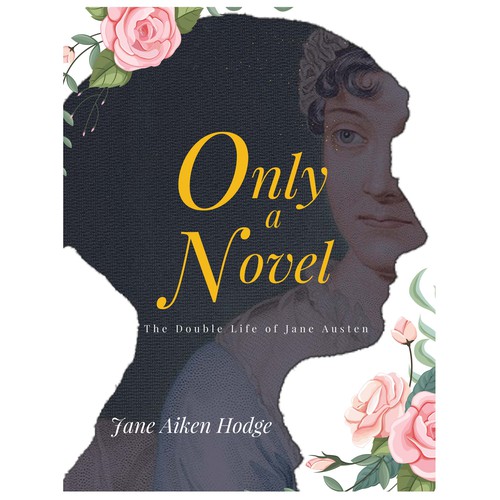 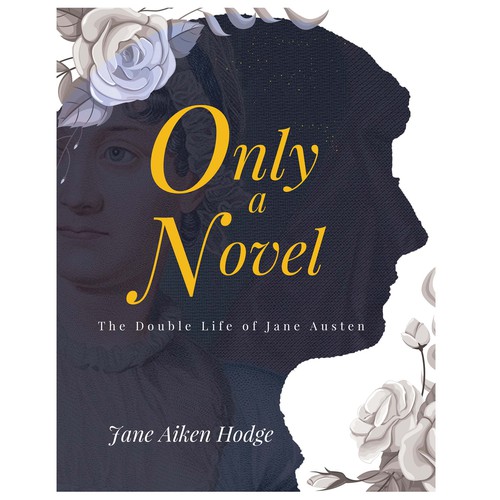 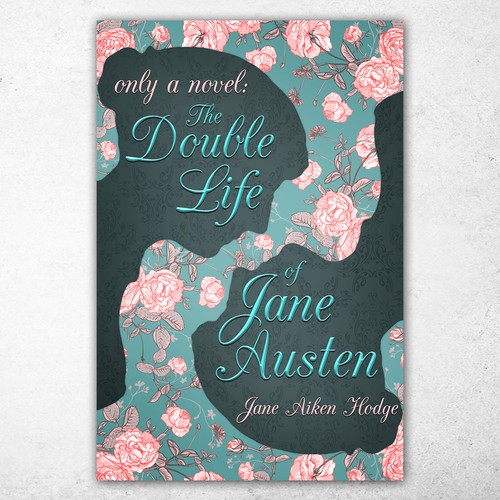 Only a Novel: The Double Life of Jane Austen

Jane Aiken Hodge was born in Massachusetts, but moved with her family to East Sussex in Britain when she was three years old. After reading English in Somerville College, Oxford, she moved to the US to undertake a second degree at Radcliffe College. Whilst she was there, she spent time as a civil servant and worked for Time Magazine before returning to the UK to focus on her career as a novelist. In 1972 she became a British citizen. She is the daughter of the Pulitzer prize-winning poet, Conrad Aiken.

Aiken Hodge is known for her works of historical romance. In a career spanning nearly fifty years, she published over thirty novels, exploring contemporary settings and the detective genre in her later life. She died in 2009, aged ninety-two.

In her lifetime, Jane Austen did her best to conform to the conventions of her day, and after her death the family touched up the picture.

But the real Jane Austen, who started as author at twelve years old, was something very different.

What depths of intellectual and moral despair must she have plumbed before she achieved the extraordinary moral vision that has been compared, with justice, to Chaucer's?

It was a fortunate thing for her family that the highly polished surface of the six novels, their sheer artistry concealing tension, makes it easy to miss the depth and bitterness of what they are often saying. We must look for real evidence about her character not in the censored reminiscences of Victorian relatives, but in the books and the letters themselves.

Jane Aiken Hodge has gone deeply into the novelist's own writings, family and contemporary records to produce a new picture of this enigmatic figure who did so much to revive the English novel at the beginning of the nineteenth century.

Jane Austen appears at once as a very warm and human figure (the "dear Aunt Jane" of the Victorians), and as a baffling one. Did she, in fact, suffer what we should call a nervous breakdown in her silent, middle years?

And was she content with her publishers, and with the comparatively modest earnings of her novels?

Hodge does not pretend to provide final answers to these and other fascinating questions, but she is meticulous in giving the facts on which readers can base their own conclusions.

We sort of want to avoid that stuffy biography look. But want something that alludes to the rich and varies life that Jane Austen led.

No standard chicklit (i.e. no funky bold colours, no shoes, no handbags, etc.)
Nothing Gothic.
Not Harlequin Romance style.
No overly cursive fonts. All fonts should be legible.

We're trying to stay away from the dry biography look.

(The images below point out some things we _don't_ like - or just bits that we do, but the cover isn't right for this look overall.)

YA Romance cover
199 $
Teen to adult
104
entries
27
Designer
Create a Cover for a Spiritual Book by a Best-Selling Author
US$ 300
Our target audience consists mainly of women (70%), aged 40+, interested in new age spirituality.
84
entries
19
designers
YA Fantasy Book Cover designed for female target audience
US$ 299
Teens (15-20), female, United States (takes place in PA).
59
entries
21
designers
Contemporary Romance cover
399 $
Readers who like contemporary romance with young professional characters engaged in timely events
44
entries
12
Designer
Book cover for the true story of a Get Money and Do Good family
US$ 499
35-65 adults- male/female- interested in capitalism/business, family- traditional and non, and leaving a legacy. Likely
98
entries
19
designers
The Death of Neo-Darwinism
199 $
This is a hot topic and would be of interest to anyone in the academic community regardless of the discipline.
26
entries
11
Designer

Comienza ahora
Creative Book Cover for a Female Dating and Relationships Title
$199
Women reading this book are usually younger and they’ve just been through a breakup. They don’t know how to collect the
150
entries
24
デザイナー数
Minnesota Cabin scene to appeal to women who like love stories
$ 399
Female, USA, 18-50
142
entries
27
Designer
Book cover for non-fiction
US$ 199
162
entries
14
designers
paper back and ebook cover
£ 319
Someone is reading this book to learn the most effective way to write a to-do list that will keep them motivated and pro
51
entries
20
Designer
Finance BOOK COVER needed. Prefer clean, light simplicity and a drawn illustration.
$499
Self-employed professionals, typically men ages 30-50 who make over 75k per year single or 100k joint, maybe they work f
35
entries
12
diseñadores
Design a cover for "Messages that Mean the Most"- Inspiration for Finding Potential
US$ 199
Young persons in their twenties who have graduated and seeking direction and professionals in their thirties who seek in
37
entries
15
designers
Más información sobre diseño de portada de libro o revista
Vea como funciona