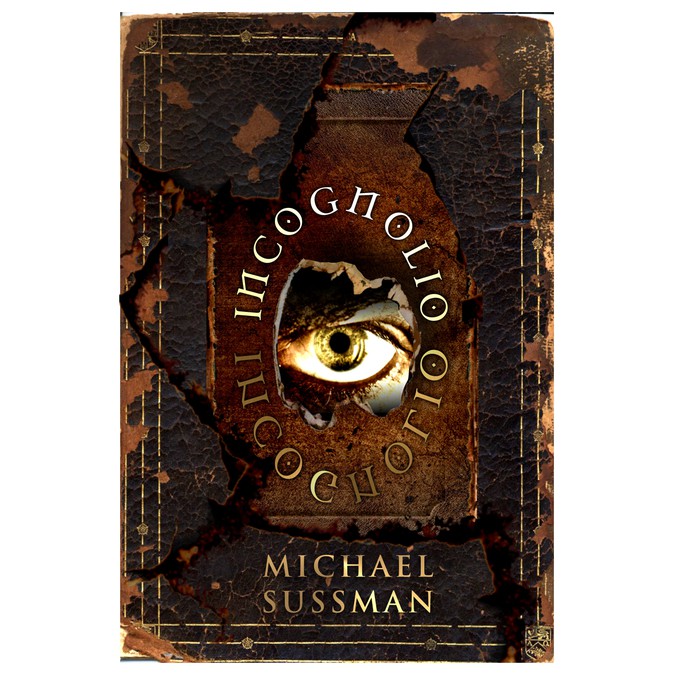 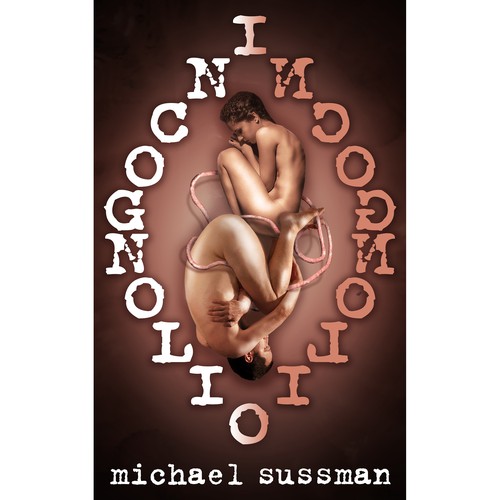 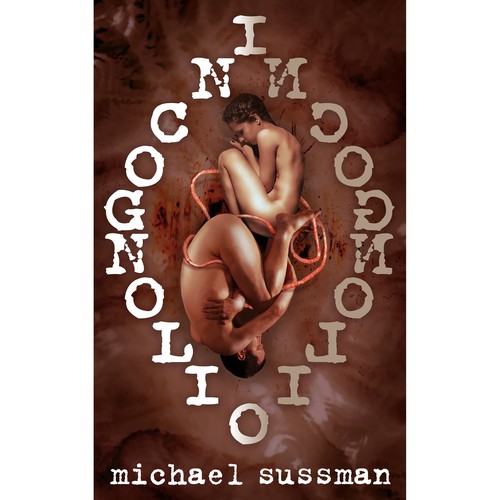 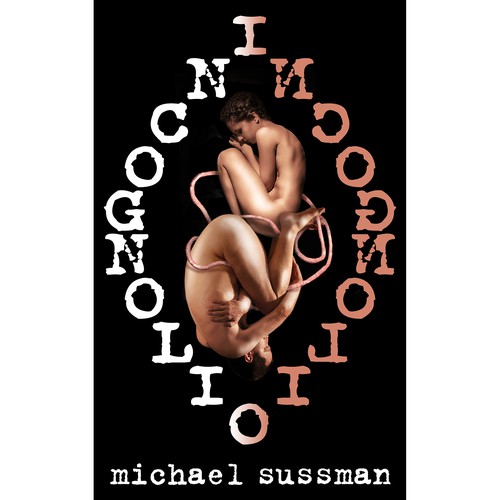 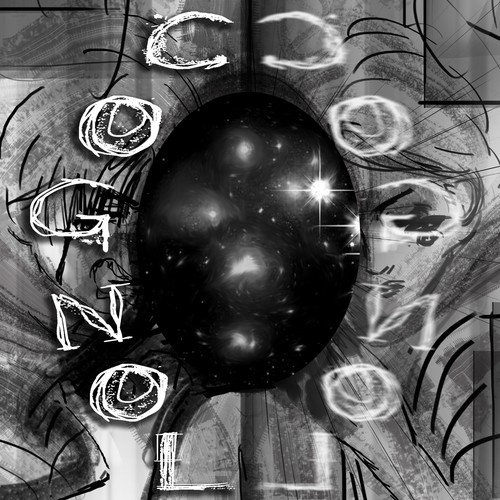 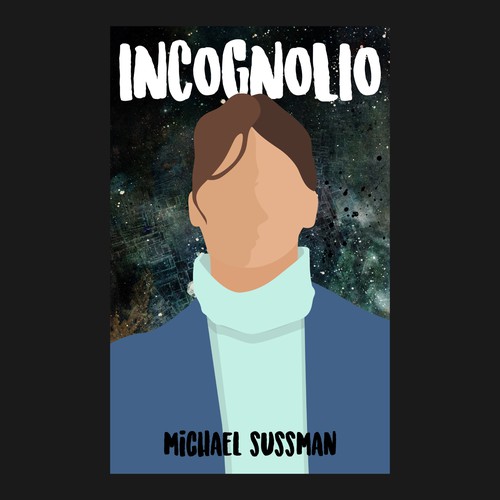 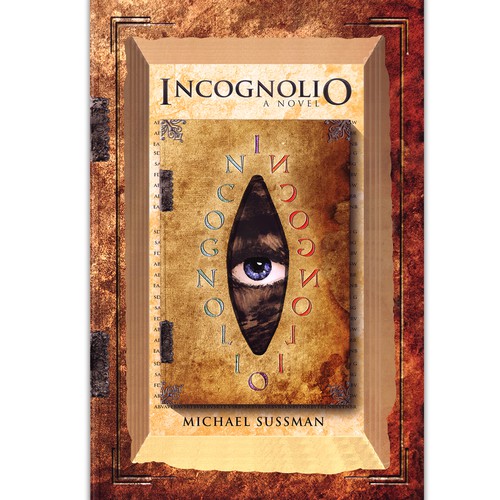 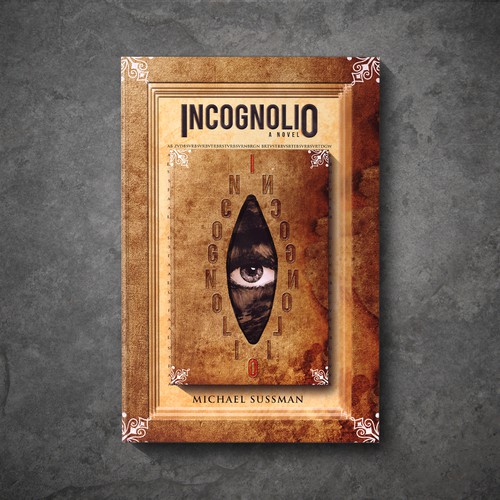 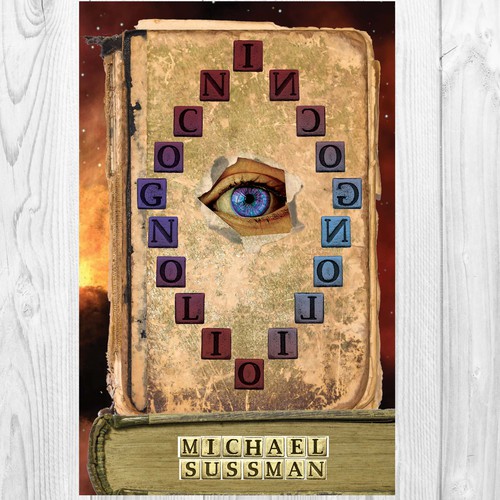 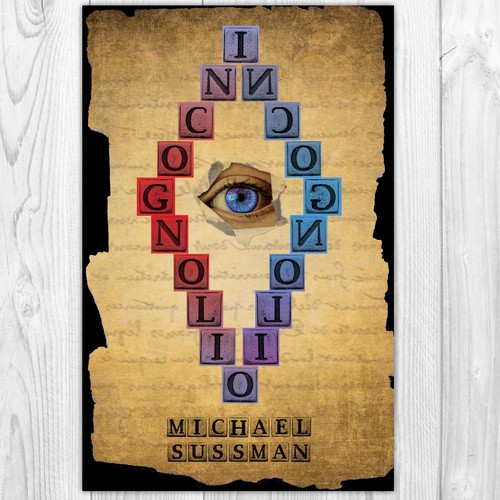 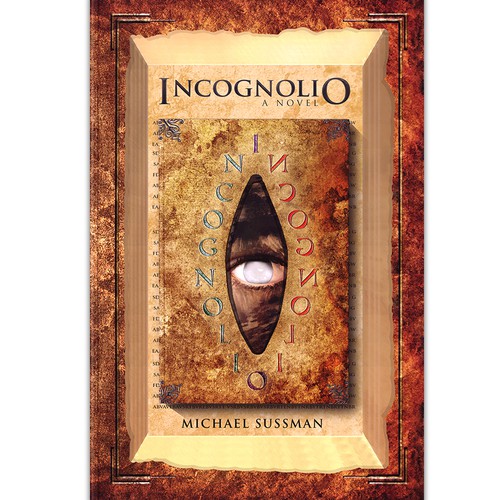 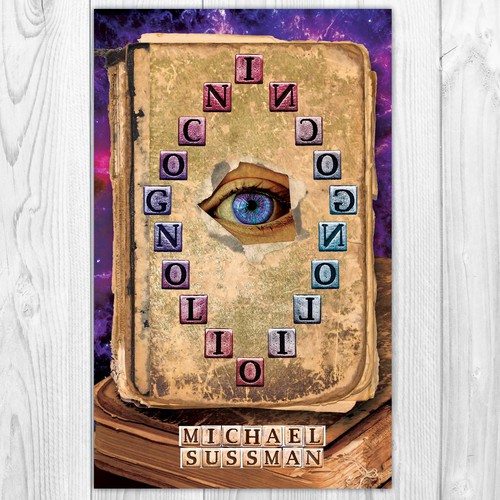 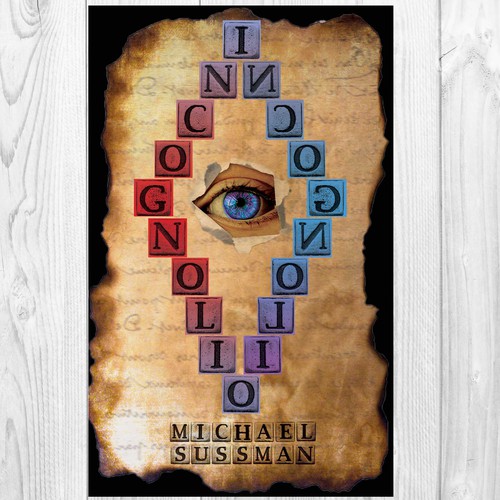 I’m a clinical psychologist and have published in the field of mental health. A Curious Calling: Unconscious Motivations for Practicing Psychotherapy was a main selection for America’s largest psychotherapy-related book club, and was released in 2007 by Rowman & Littlefield as a paperback. I also edited and contributed to A Perilous Calling: The Hazards of Psychotherapy Practice, which was published by Wiley.

I also write humorous, absurdist picture books. My debut—Otto Grows Down—was published by Sterling with illustrations by Scott Magoon. My newest, titled Duckworth, the Difficult Child, will be published in the Spring of 2019 by Atheneum Books for Young Readers, an imprint of Simon & Schuster.

From my agent-query:
I hope to interest you in my manuscript, INCOGNOLIO, a speculative thriller with fabulist and absurdist elements that follows Muldoon as he traverses identities, planes of reality, and the dark recesses of his subconscious in an effort to fathom the unfathomable Incognolio. SLAUGHTERHOUSE-FIVE meets STRANGER THAN FICTION in this darkly comic, tightly-knit novel complete at 58,000 words.

Bewildered but lovable author, Muldoon, is trapped in the dreamlike narrative of his own surrealistic novel. Beginning with just a title—Incognolio—he enters a bizarre fictional realm that plunges him into an identity crisis of anguishing proportions. Soon he can’t tell whether he’s writing a story in which his stillborn twin sister has come to life, or he is the one who died at birth and it’s his sister who’s writing the novel. Guided only by his subconscious mind, Muldoon must either unravel the mystery of Incognolio and write his way to freedom, or succumb to madness.

My target audience is generally adults and young adults who enjoy quirky novels in an ebook format. The novel is humorous but also edgy and unconventional, so it may especially appeal to readers in the 18-35 age group. Females typically read more novels than males, but this novel may attract more males than usual. It will be primarily marketed to an American audience, but will be available to readers in Great Britain and Australia as well. The book will especially appeal to readers who like genre-bending offbeat novels, who enjoy darkly comic literary novels, sci-fi and fantasy, magical realism, and psychological thrillers. They may be fans of such authors as Kurt Vonnegut, Douglas Adams, Paul Auster, George Saunders, Italo Calvino, Lewis Carroll, Tom Robbins, and Christopher Moore.

I am not that particular about what colors are chosen as long as they look good and work together as a whole. I tend to like blues and purples the best, greens and earth tones and darker reds such as crimson and burgundy. Black is great, and some grays. Dislike pink and bright red or bright orange.

My target audience is generally adults and young adults who enjoy quirky novels in an ebook format. The novel is humorous but also edgy and unconventional, so it may appeal especially to readers in the 18-35 age group. Females typically read more novels than males, but this novel may attract more males than usual. It will be primarily marketed to an American audience, but will be available to readers in Great Britain and Australia as well. The book will especially appeal to readers who like genre-bending offbeat novels, who enjoy darkly comic literary novels, sci-fi,
fantasy, and psychological thrillers. They may be fans of such authors as Kurt Vonnegut, Douglas Adams, Paul Auster, George Saunders, Italo Calvino, Lewis Carroll, Tom Robbins, and Christopher Moore.

Technically, the novel could be considered transgressive metafiction. Transgressive fiction focuses on characters who feel confined by the norms and expectations of society and who break free of those confines in unusual or illicit ways. Metafiction self-consciously draws attention to its own status as a work of imagination, rather than reality. It poses questions about the relationship between fiction and reality, usually using irony and self-reflection.

In terms of genre, INCOGNOLIO could be called a psychological thriller, although it also contains elements of mystery, sci-fi, fantasy, magical realism, and surrealism. It starts out as an absurdist comic novel, however the story grows progressively darker and ends tragically.

A major theme of the novel involves the struggle to achieve transformation and freedom by becoming a whole person who has faced one’s inner demons and sources of self-loathing. Imagery from the novel that could be important for the cover design includes mirrors, self-reflection, self-consciousness, and male-female twins, both separated and conjoined. The novel touches on adult-sibling incest, which is meant primarily as a metaphor for the integration of dualities within the self: male/female, evil/good, body/spirit, creative/destructive, etc.

Underlying Myth:
Plato’s myth of the Split-Aparts: “According to Plato, the ancient Greek philosopher, each human being is part of one soul, which they only have half of. The idea is that the soul was “split-apart” and separated from each other– and, since that time, the two halves have been forever searching for one another in order to join together and regain their sense of original created wholeness.” This myth can be applied to so-called soulmates, but also to the divided self.

Kindle Scout:
As soon as I have a cover, I’m entering my novel in Kindle Scout’s ongoing contest to be chosen for publication and promotion by Amazon. Featured novels are on the site for 30 days and can be nominated by readers to be published, so a cover with wide appeal is crucial. Here is the link to Kindle Scout:
http://amzn.to/2nV64OL
From my Kindle Scout submission:

One-Liner: (45 characters or less)
Unravel the mystery of Incognolio or go mad!

Book description of 500 characters or less:
Adrift in the dreamlike narrative of his own novel, Muldoon traverses identities, planes of reality, and the dark recesses of his psyche in an effort to grasp the enigmatic Incognolio. Is he writing a story in which his stillborn twin sister has come to life, or is he the one who died at birth and it’s his sister who’s writing the novel? Guided only by the whims and dictates of his subconscious mind, Muldoon must finally face his demons and write his way to freedom or succumb to madness.

Cover Design:
INCOGNOLIO is an unconventional novel, so I’m looking for a creative, innovative, visually- striking cover. I will describe my design concept, however I am open to any and all variants on the concept, as well as original designs that are wholly different from mine. (Addendum: I'd like to emphasize this last point. The first design submitted has nothing to do with my concept, and I like the composition. It has also disproved my notion that the title can't be presented horizontally without breaking it up.)

Cover text should be one of these three, depending on which one best fits your design:

INCOGNOLIO
a novel by
michael sussman

The nature of the title, which is a single made-up word containing ten letters, presents a challenge for the cover designer. I think the title is too long to be presented horizontally, unless it is broken up into two or more segments. This could work, but I worry that an unfamiliar word that is segmented might be too difficult to decipher. Therefore, I think a vertical presentation of the title is best.

I have chosen a design that duplicates and mirrors the title, creating an inner space. (See Attachments #1 and #2.) I am leaning toward the #2 design since it includes the mirror-image of the title and is visually more interesting, although I like both of them.

One possibility which could look cool is to use different colors for the two titles and then have them merge at the top I and the bottom O. (Blue, red, purple, for instance.)

My concept also includes an interesting, possibly textured, background. Here are several that I like and are available for free, but you need not restrict yourself to these:

I don’t have a clear vision of the space created by the joined titles, so I’m open to anything. Some ideas I’ve had include:
• All black.
• An eye or eyeball peering out at the viewer.
• An indentation, hollow, fissure, gash, or bottomless hole. (Although be sure not to make it look gynecological!!!)
• A glimpse of an interior landscape. Could be of Nature, alternate universe (but not too different from Earth), surreal, mysterious, or an interior landscape of the psyche. (See Chilean painter Roberto Matta, Paul Klee, or Joan Miró for the latter.)
• An image related to mirrors, reflection, twins, or conjoined twins.
• A comedy/tragedy image.

Alternative Concept:
Two adult twins, male and female, (perhaps back-to-back but not necessarily) trapped in a womb or amniotic sac, tangled together by their umbilical cords!

Cover Specs:
As specified by the Kindle Scout folks:
“Your cover image needs to be taller than it is wide (we recommend 2560 pixels in height and 1600 pixels in width or a 1.6 height/width ratio). We're unable to accommodate images less than 500 pixels in either direction. Also make sure that it is in PNG (.png) or JPEG (.jpg or .jpeg) format and no larger than 5MB.”

Note: Although I prefer custom work, since so many designers use stock images I've decided to provide an additional budget allocation of up to $100. However, note well that I will reject any design that just imports a stock image and plops it on the cover. The design can incorporate stock imagery, but the cover must be a unique design that can't be easily replicated.

That’s it! INCOGNOLIO represents four years of hard work on my part, so I’m eager to find a cover design that knocks readers’ socks off, boosting the novel’s chances for publication. Please feel free to send me a message for further clarification or for feedback on your design-in-progress.

Generic-looking covers that are typical of so many Sci-Fi, Fantasy, Romance, and Thriller novels.

Mythology meets the Roaring Twenties
399 $US
Normally women from aged 18-40 would pick this book up. But I want this book cover to be more gender neutral as I don't
41
entries
8
designer graphistes
I Know Jesus Christ Is Real
US$ 399
Men, Women, Young Adults
51
entries
17
designers
Create a compelling book cover for Hungry for Wholeness
399 USD
18-80 year-old men and women who have experienced absence or estrangement with their fathers AND/OR fathers who have bee
227
entries
23
designer
Cavities No More
529 CA$
The book is primarily aimed at parents of young children. Anyone involved with the care of children. Nurses, public heal
95
entries
25
Designer
InsideOut - Creation Speaks!
USD 329
The target audience is usually 30-60 yrs old and either "outdoorsy" or "hippyish".
51
entries
22
diseñadores
Professional cover for a business book
USD 199
Target audience: Male Aged between 20-35 USA People currently working a day job
149
entries
28
diseñadores

Comienza ahora
Epic book cover required for 1st in a series of fantasy novels
299 $US
Fantasy fiction lovers of all genders.
89
entries
26
designer graphistes
Design the cover for a zombie-themed short story ebook
AUD 269
Fans of zombie novels, the Walking Dead, Shaun of the Dead.
45
entries
12
diseñadores
Book cover on belonging for business owners looking for the edge in their marketing
399 $AU
CEO's, leaders, solopreneurs and experts in their field trying to create greater certainty in their business growth and
110
entries
21
designer graphistes
Book Cover Design for a Fantasy Novel about Mermaids
€ 359
This book will be read by French speaking readers, mostly womens, between 20 and 35 years, maybe more.
49
entries
24
designers
A man who is a business man by day and gangster at night. Show the man's duality.
399 US$
Ages 18 to 65, both black and white, male and female from the inner city to suburbia. This book has violence, romance an
21
entries
4
diseñadores
Design the cover of a book about the healing power of God
399 US$
Christians who are tired of being sick and want to receive the healing power of God.
43
entries
19
diseñadores
Más información sobre diseño de portada de libro o revista
Vea como funciona