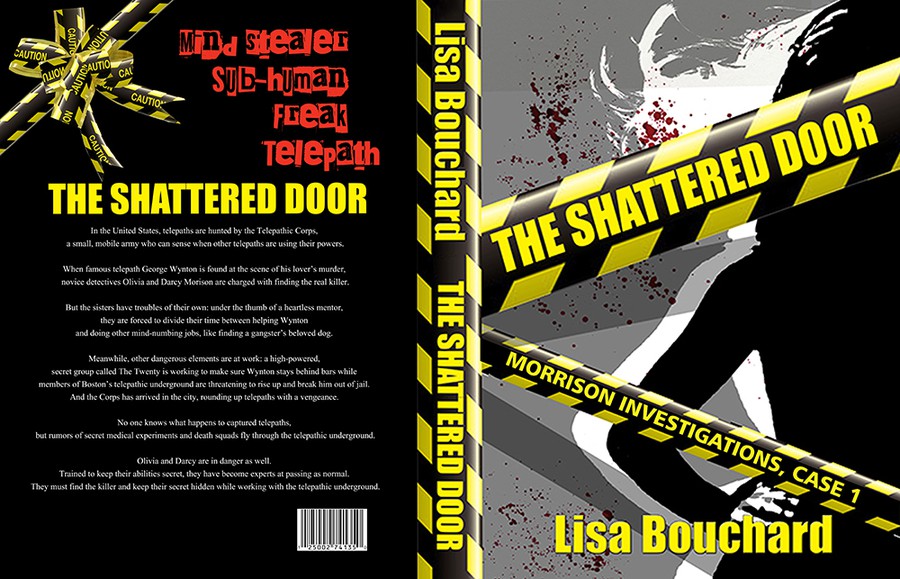 Help Lisa Bouchard with a new book or magazine cover 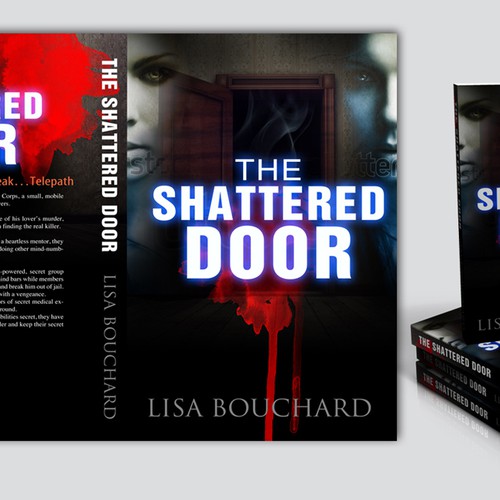 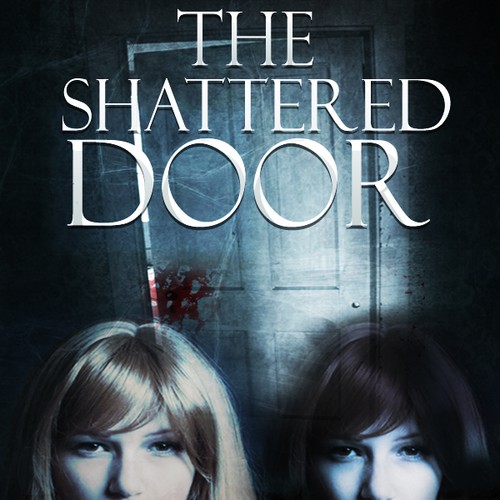 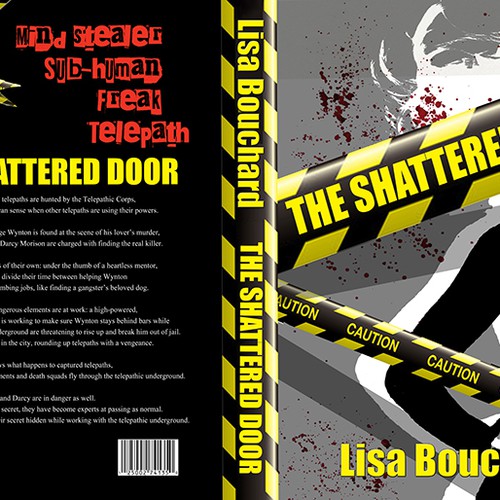 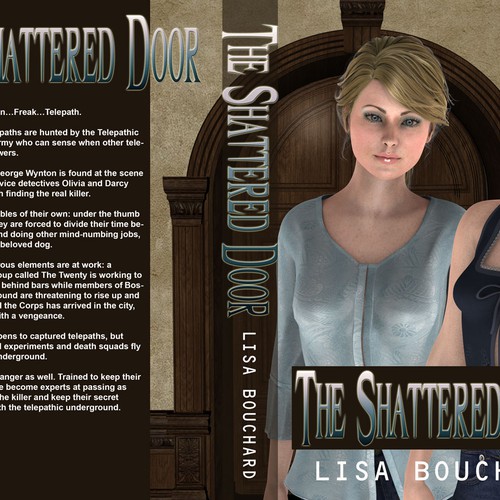 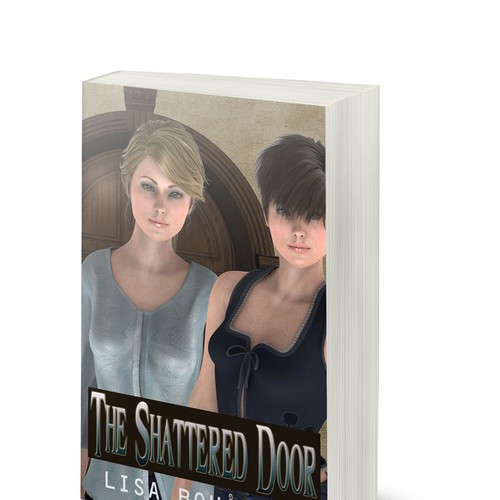 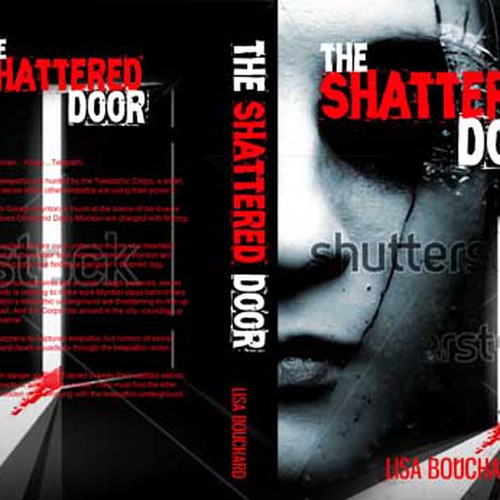 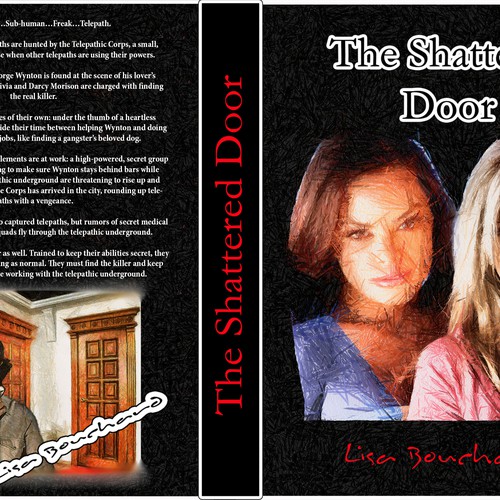 I am writing an open-ended series of novels and need a book cover for the first one (front, spine and back). Future covers will need to replicate the distinctive look and feel of the first cover.

The book a paranormal mystery and is titled The Shattered Door. The title comes from the first chapter where the killer has to break down two doors (bedroom and then master bathroom) to reach the woman he shoots in the head. She is in a claw-foot tub and blood sprays against the wall.

The novel is set in near-future Boston (so, no flying cars, etc). The main characters are a set of identical twins, although one takes pains not to look like the other one. One sister has long, blond hair and a curvy shape (although not fat) while the other has short, dyed-black hair and has a much more athletic shape.

The front cover text - my name and the book title - must be large enough to read when browsing books on Amazon and Barnes & Noble and must have sufficient contrast to not strain the eyes. That's probably book design 101 and you already know that, but I've seen some book covers that aren't like that...

I look forward to seeing your designs!

Here is a draft of the blurb for the back cover:

In the United States, telepaths are hunted by the Telepathic Corps, a small, mobile army who can sense when other telepaths are using their powers.

When famous telepath George Wynton is found at the scene of his lover’s murder, novice detectives Olivia and Darcy Morison are charged with finding the real killer.

But the sisters have troubles of their own: under the thumb of a heartless mentor, they are forced to divide their time between helping Wynton and doing other mind-numbing jobs, like finding a gangster’s beloved dog.

Meanwhile, other dangerous elements are at work: a high-powered, secret group called The Twenty is working to make sure Wynton stays behind bars while members of Boston’s telepathic underground are threatening to rise up and break him out of jail. And the Corps has arrived in the city, rounding up telepaths with a vengeance.

No one knows what happens to captured telepaths, but rumors of secret medical experiments and death squads fly through the telepathic underground.

Olivia and Darcy are in danger as well. Trained to keep their abilities secret, they have become experts at passing as normal. They must find the killer and keep their secret hidden while working with the telepathic underground.